Saturday – hot and sunny to start but gets cloudy later on. 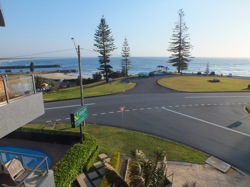 After a lavish breakfast of Toblerone croissant and cake we set off for the short dive down to Port Macquarie. Arrive before lunch, so find a hotel and then have a lovely walk around the harbour and of course into the town shops – joy there’s an arcade. Very pleasant place with a great skate board park for the kids.

As usual beaches are lovely and full of surfers.

Hotel’s very swish, complete with balcony and great views. Pity the weather is a bit cloudy.

“Students from the University of Reading Atheist, Humanist, and Secularist Society (RAHS) were forced to leave the Freshers’ Fayre this week after they labelled a 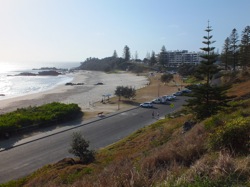 pineapple Mohammed and put it on their stall.

Staff from the Reading University Student Union (RUSU), as well as a number of Muslim students objected and asked the society to remove it, with a statement from the society stating that they were told Either the pineapple goes, or you do .

Among the material displayed on our stall was a pineapple. We labelled this pineapple Mohammed , to encourage discussion about blasphemy, religion, and liberty, as well as to celebrate the fact that we live in a country in which free speech is protected, and where it is lawful to call a pineapple by whatever name one chooses”.

What is happening to free speech. The Dhimi’s are just giving it away. One day we’ll wake up and find it gone and we’re being stoned for some supposed blasphemy. I’m getting just sick of hearing the tantrums, violence, threats and savagery. Why don’t all these religious freaks – no matter what persuasion – just go and do religousy pleasant things.

Anyway in the name of free speech, and as a feeble gesture against all this crap, I’m going to name at least one thing in my house Mohammed and just to show there’s no bias I’ll probably name some other inanimate object as other religious leaders. I know it will not change anything but hey ho, it’ll make me feel better! I must say the dustbin and doormat are strong contenders. Suggestions are welcomed.

Now for some Ozzie humour: 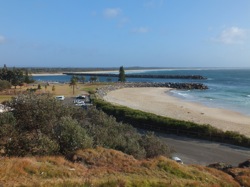 Sheila walked into the kitchen to find Bruce stalking around with a fly swatter.
“What are you doing?” She asked.
“Hunting Flies” He responded.
“Oh. Killing any?” She asked.
“Yep, 3 males, 2 Females,” he replied.
Intrigued, she asked. “How can you tell them apart?”
He responded, “3 were on a beer can, 2 were on the phone.”

Do the Terrorist Test here: 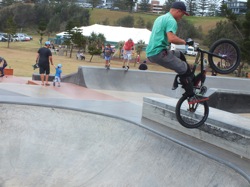 YOU MAY BE A TALIBAN IF…”
1. You refine heroin for a living, but you have a moral objection to beer.
2. You own a $3,000 machine gun and $5,000 rocket launcher, but you can’t afford shoes.
3. You have more wives than teeth.
4. You wipe your butt with your bare left hand, but consider bacon “unclean.”
5. You think vests come in two styles: bullet-proof and suicide.
6. You can’t think of anyone you HAVEN’T declared Jihad against.
7. You consider television dangerous, but routinely carry explosives in your clothing.
8. You were amazed to discover that cell phones have uses other than setting off roadside bombs.
9. You’ve often uttered the phrase, “I love what you’ve done with your cave.”
10. You have nothing against women and think every man should own at least one.
11. You bathe at least monthly whether necessary or not.
12. You have a crush on your neighbor’s goat. 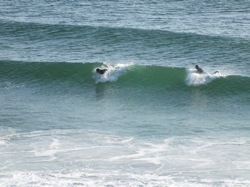 Pleasant breakfast with stunning views then have a walk around the headland to watch the early morning servers. Then it’s tea on the balcony whilst we read the papers – newspapers there’s a rare luxury. Watch the surfers and early morning exercise freaks from the balcony – this is plenty of exercise for me.

Here’s a test to weed out Muslim terrorists who would not be able to control themselves. It will probably be more effective than the millions the government spent on anti-terrorist measures and fridge magnets. If nothing else it will provide some pleasant eye candy entertainment – one hopes.

As we all know, the Taliban considers it a sin for a man to see a naked woman who is not his wife. So, this Saturday at 2:00 PM Eastern time all Australian women are asked to walk out of their house completely naked to help weed out any neighbourhood terrorists. Circling your block for one hour is recommended for this anti-terrorist effort. All men are to position themselves in lawn chairs in front of their house to prove they are not Taliban, demonstrate that they think it’s okay to see nude women other than their wife and to show support for all Australian women.

And since the Taliban also does not approve of alcohol, a cold six-pack at your side is further proof of your anti-Taliban sentiment. The Australian Government appreciates your efforts to root out terrorists and applauds your participation in this anti-terrorist activity. God bless Australia!

Drive down to Sydney. Good dual carriageway most of the way. Takes about 4.5 hours to do the 250 miles.

Arrive at our VRBO Rental place. Very nice and comfortable complete with its own pool and barbecue area. It’s in the suburbs of Sydney but right out in the bush. Greeted by the owners and have a pleasant beer and chat around the pool.

Then it’s a trip to the supermarket to get stocked up for the week – joy. Driving around the suburbs is a nightmare. Dread to think what central Sydney must be like.

A few more Oz jokes, this time, its the men who take the abuse.

Men are like … Laxatives …They irritate the crap out of you. 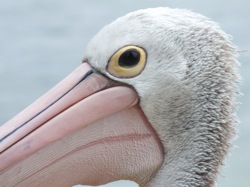 Finally what a classic:

What is the definition of a Wife? An attachment you screw on the bed to get the housework done.

Meanwhile a victory for common sense and free speech in “the land of the free”:

WASHINGTON — A federal judge says the D.C. transit system must allow a pro-Israel ad that equates Muslim radicals with savages.

U.S. District Judge Rosemary Collyer said in a one-page opinion Friday that the advertisement must be displayed no later than 5 p.m. on Monday.

The American Freedom Defense Initiative sued last month for the right to display the ads in the Metro system. Metro officials had delayed putting up the ads because of the violent reaction in the Middle East to the video the “Innocence of Muslims,” which denigrated the prophet Muhammad.

Metro spokesman Dan Stessel says the system will comply with the order and the ads will go up this weekend.

Similar ads were expected to be added Monday along the New York City subway system.

Don’t you just love this video, he’s nearly as good as Pat Condell: