Well another cracking week has just flown by. Plenty to do and still not finding much time to read. 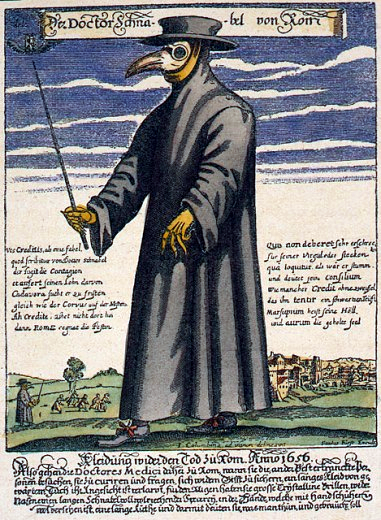 More gorgeous weather means more walks. Today, Lexi and I, do the Belthorn Heritage Trail. Bloody nightmare to follow, badly signposted, probably mapped out by blind dyslexic on pot. At one point I’m doing an SAS scramble under barb wire. Some really steep sections that get the heart pumping and the sweat flowing. We survive and enjoy it.

China’s efforts “a deep propaganda campaign” intended “to obscure the fact it caused the virus in the first place”.

Wow another day of sunshine. Great walks around the village. Even had the patio doors open, afternoon tea on the patio. Why if we had a barbecue we could earn some extra points toward our US Greencard and have a barbie for tea.

You know the World has gone mad when you’re in a virtual queue to go onto the B&Q DIY website:

Number of users in queue ahead of you: 263663
Your estimated wait time is: more than an hour

Only the demented IT industry could dream this up.

For some reason I really am getting fed up with TV. It’s all so bland and about exciting and stimulating as watching someone clean the fluff out of their belly button. It’s not that we’re watching anymore than we used to, still don’t watch any TV before 17:00. Really need to move to a new regime of no TV before 19:00.

There’s a lot of aholes (Ignoring the lockdown, litter louts, my favourites parking in disabled slots and a wealth of other anti-social behaviour that society can do without), so thankful I don’t have a Walther PPX with me as I think I’d be in clink for what I would consider justifiable homicide. Had my Sig Sauer out yesterday for practice in the back garden but somehow I don’t think an air pistol would cut it when it comes to dealing with those with the scroat gene.

Still live in hope of escaping on the 2nd June. Forever the optimist.

Well plenty of projects to keep me busy. Started learning Canasta this weekend. Bloody hell that scrambles your synapses, need to be a Philidelphia lawyer to cope with it.

The week still seems to be going quickly by. Still plenty to do and even started reading and some more AI research. Will we survive the singularity – I doubt it. Another cheery thought for the day.

For Lent I’ve decided to give up socialising.

Good to see that the kids have finally come in useful after all these years, they do the shopping for us. Quite like that aspect.

Get out every day with the dog – spaniel without a brain. Still struggles with the complexity of the “sit” command. Walk to heel no chance, it’d rather choke itself.

Wendy keeps busy with her knitting. Click of needles is driving me nuts but if she runs out of wool then I think it’ll be even worse, I’ll need ear defenders.

Spoke to some friends in San Diego. It sounds dire down there with gestapo enforced draconian lock down.

Well at least the scourge of communism seems to have ceased stalking the USA. So it’s just down to Biden. Do you think he’ll be able to remember his name? Amazing all these know it all’s who constantly criticise Trump. Whatever he does they’re critical. Same over here. I wouldn’t like to be in any leaders shoes. With so little fact and science they can’t do right for doing wrong.

Digitising photos is progressing well. My new toy, a power washer complete with scrubber, has arrived. Now I can scrub all that mould off the decking. Sadly I’ve run out of decking so I’ll have to make a start on the patio and then the drive. Dread to contemplate the water bill. Probably end up so poor we’ll have to borrow money to buy water to cry with

One of the many good things in all this is local foodshops delivering to our village. So far this week we’ve had a meat deliver, a fish delivery and fruit / veg delivered, god knows why.

As part of our daily exercise we’ve been walking around Belthorn. What a disgrace all the roadside litter is. Who are these scroats who seem to think it’s ok to chuck their litter out of the car.

Anyway as sadly there’s no way we can have these arseholes in society put down I am prepared to do something about it. If you can provide me with plastic bin bags, a picker up device and a mechanism for the filled bags to be picked up then I’m prepared to collect the rubbish as part of my daily exercise. I’ll also try and mobilise others in the village to safely take part.

Of course you don’t get a response from them.

Well the one good thing about this social distancing, I can walk over 1.83 metres in front of Wendy without getting moaned at. Unless of course there’s a hungry horse in the field.

Too rare sights today, a Hillman Imp, I had one when a teenager, and what I thought was a humming bird but apparently you don’t get them in the Uk, not surprised too cold and windy. I suppose it might have been a hummingbird hawkmoth.

Forgive me for I have sinned. Two exercise walks today. Waiting for the knock on the door at 04:00 tomorrow morning.

Whoever said that Dog Groomers are not an essential service has obviously never had to groom a woolly bear of a cocker spaniel with a years worth of knotted fur. It has only taken us four days and now we have enough fur to make four well stuffed cushions.

One police force has even been fining people for buying alcohol as it’s classed as non-essential – how crazy is that.

Can’t believe I’m saying it, but after experiencing the overcrowded Japanese, like rats in cages and now the daily walks in Belthorn due to Covid, we’re really appreciating how luck we are to live in a countryside village. Mind you good weather does help.

Options to sue the Chinese government over its initial response to the coronavirus outbreak have been set out in a paper by a neo-conservative think tank.

Beijing, if found in breach of any of a series of international treaties, could be liable for compensation running to trillions of dollars, according to the Henry Jackson Society (HJS).

The UK alone would have a potential claim for £351 billion from the Chinese state which the think tank says failed to be sufficiently transparent or to contain the outbreak soon enough.

It says the failures breach at least two clauses of the International Health Regulations to which China is a signatory. Action could take place in the International Court of Justice, Hong Kong courts or at the World Trade Organisation, claims the body.

Surely the next big threat comes from the breakdown in food supply chains. Albeit from worldwide sales and export of staples like rice or grain. Or from illness in essential services, or people not turning up to work or homeworkers not being able to carry out subsidiary functions in the supply chain. Watch this space it does not take much to cause chaos. Cheery thought.

Wow the village pond had a visit from a Heron today. One of the many delights of village life.

Health Warning – this is a really long missive and if you’re a tree hugging, PC, snowflake then you’ll hate it.

Oh how I hate that word organic. It’s been totally hijacked by the PC snowflakes and is as bad as the word woke. The word “organic” originally refered to any molecule that contains carbon or relating to or derived from living matter. But no longer, now it refers to overpriced food that the PC snowflakes seem to think is better for them, more tasty and is environmentally less damaging.

So as I have a bit of time on my hands I thought I do some investigation as to the benefits of so-called “organic” food. Here is a few of the articles I found from a search on google.

“The researchers say that there is no evidence of a difference in nutrient quality between foodstuffs produced organically and conventionally.”

“A 2009 meta-analysis (a study of other studies) said there was no nutrient difference in organic versus conventional foods.”

“….little significant difference in health benefits between organic and conventional foods, as well as no consistent differences in the vitamin content of organic products.”

“Oxford university analyzed 71 peer-reviewed studies and observed that organic products are sometimes worse for the environment.”

“Usually, organic products require less energy, but take up more land – 84% more land on average. Per unit of product, organic produce generates higher nitrogen leaching, nitrous oxide emissions, ammonia emissions and has more acidification potential. The yield is also generally lower (55% less in England, for example). Besides, a recent study found that because organic agriculture is now done mostly by big corporations instead of not local producers, and the lower yields combined with the intensive use of machinery means that overall, in terms of emissions and pollution, organic agriculture is usually worse than conventional.”

“But the bottom line is that if you want healthier foods and minimize your environmental impact, you should buy local.”

“Organic food is no healthier and provides no significant nutritional benefit compared with conventionally produced food, according to a new, independent study funded by the Food Standards Agency. “

Let’s look at taste. Does “organic” food taste better. Here there seems to be yet another myriad of answers but a study of 10 reports shows:

The Nature of Food – https://medium.com/the-nature-of-food/does-organic-food-taste-better-dd5e2b2e166d
 
“In this experiment, vegetables (lettuce, spinach, arugula, mustard greens, cucumber, tomato and onions) were grown using conventional and organic methods. Blinded participants evaluated taste, finding no significant difference, except in tomato, where conventional tomatoes were slightly preferred (although this may have partially been due to difference in ripeness).”

Interesting, so if you still believe that “organic” food is better for you, better for the environment and tastier please carry on paying 47% over the odds as I’m sure it helps keep down the price of my “unorganic” food.