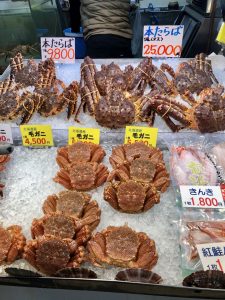 Well today we’re in Hakodate on yet another tour.

First we go to a fish market to ogle the hairy crabs and some not so hairy but live giant ones.

Then it’s the red brick warehouse, full of shops selling things you probably don’t want and certainly don’t need, where we’re told we’ve an hour to “enjoy the shopping”. Seems an oxymoron to have the word shopping and enjoy in the same sentence.

Then its lunch. Very Japanese stye with fish, fish and fish. They obviously know were coming as well as chopsticks they provide knifes, forks and even spoons, along with a box full of extra forks. Lunch was ok, not something you’d get fat on. 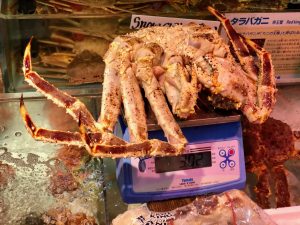 Next we’re supposed to be catching a cable car up to an observation deck. But high winds mean it’s cancelled. So we’re off to a park and an observation tower. Should add a reminder that it’s freezing cold and we even get snow flurries. Neither the park nor the 300 metre high observation tower, complete with shops and cafe, are that stimulating. At least we manage to relax and have a coffee.

Not one of the better tours. Apart from the fish market which I found fascinating the whole tour was a tad disappointing. 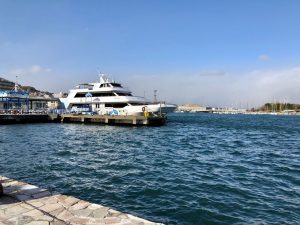 This evening we’re thinking of going up to the cafe for dinner, but first check the main restaurant menu. Amazed that we find quite a good choice so stick with the main restaurant. In general we’ve found the menu choice to be rather bland but have to say whatever we’ve had has been excellent.

See Phil and Kim and do one of the game shows with them. Then it’s bourbon, coffee and brandy (this free drinks package is a nightmare – all that free booze). Watch the Elton John show, it’s not the really him. 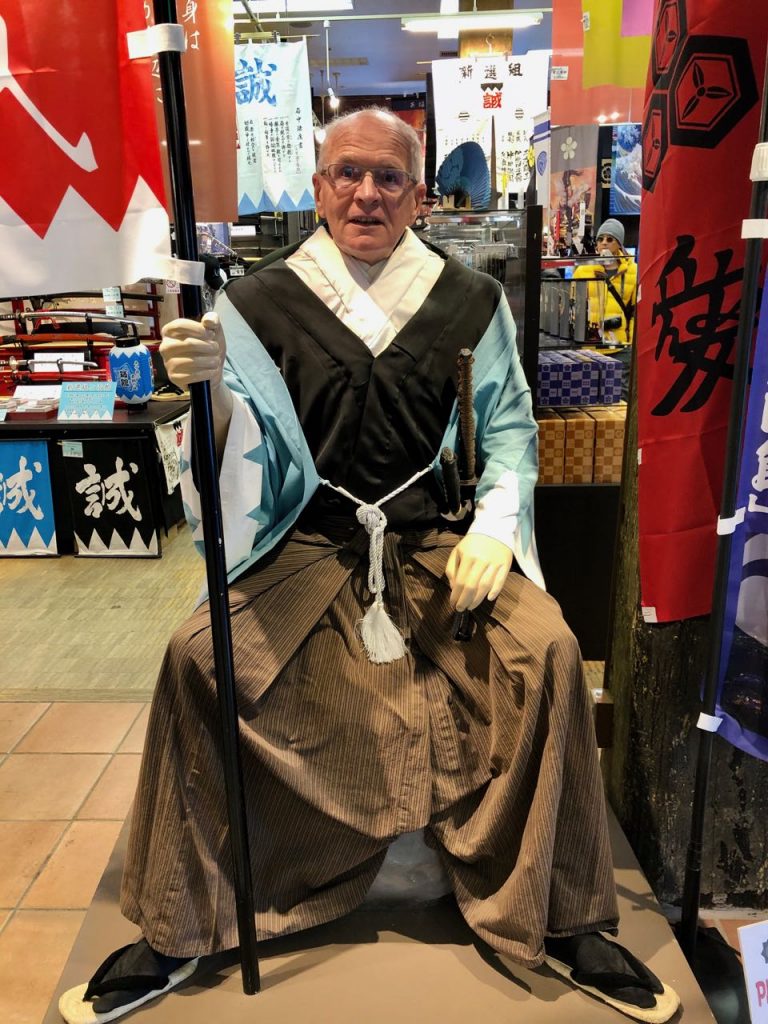 Still in awe of how civilised Japan is. They’re all so friendly and so many speak English.

On the downside they do seem to have a bit of an issue with personal space.

A great place to visit if they just sort the language and writing to English they’ll have it made.

It is not a “war on terror”—it is a war against an ideology that employs terror as one of many tools to advance itself. Second, the leaders and their foot soldiers who actually plan and perpetrate the terror are only one element of the enemy. 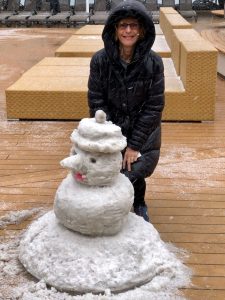 A tad windy, force 7 / 40 knots, so we can’t dock. Spend all morning waiting for the wind to drop. Snow flurries and they’ve even built a snowman on deck.

Finally allowed to dock about 12:00. Decide to cancel our tour, don’t fancy 3 hours on a coach. Sadly will miss the pottery, sounded interesting. 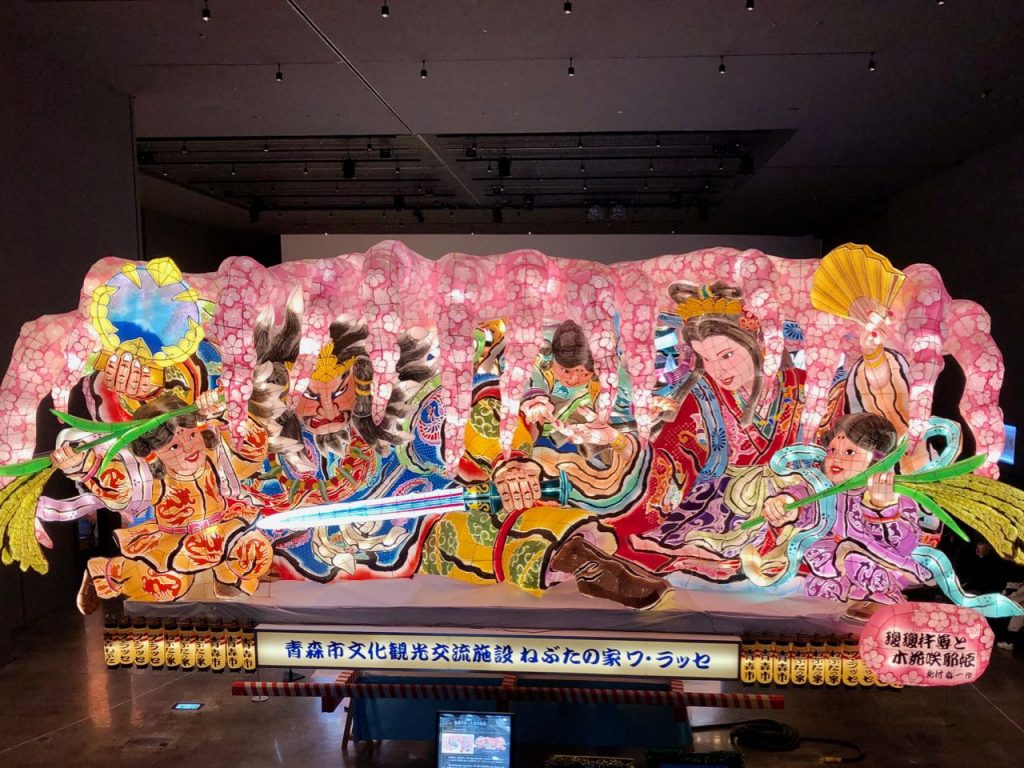 Float museum, they were awesome.

Wendy has lunch In the cafe. Then we set off in a snowstorm to the museum of the Nebuta Matsuri parade, with all the amazingly colourful paper floats. It’s only a 20 minute walk. Costs us $5 each so we’ve saved $94 each on the ships tour. The museum is amazing, see pictures. Hands on opportunity to play the drum s and symbols. Really enjoyed it. 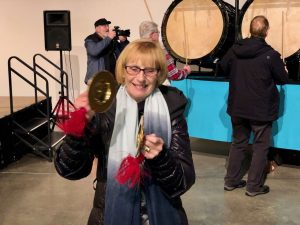 Wendy tries her hand at music – don’t give up the day job.

Called in at the tourist info centre, full of shops. Gate crashed a food exhibition. We do stand out a bit as we’re the only Caucasians and looks like it was a wholesale buy invite only. Like Costco on steroids, just so many samples. Nobody seemed to mind that we didn’t really belong, even sat and had a free coffee.

Then we pop upstairs have our photos taken with some Samurai, followed by watching a samurai sword dance. Followed by yet more photos. They’re all so friendly.

Stroll back to ship. It’s still freezing cold but at least the wind and snow have stopped. 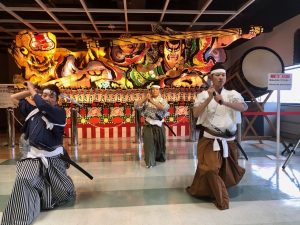 What a great afternoon. Really reminds us that we should do our own thing rather than ships tours.

Evening meal is downstairs. Have to do a fly pass on our usual table as Groucho and good Russian internet brides are there. End up on a table with 4 Canadians and 3 Americans. They all hate trump apart from one American. Another American asks about BREXIT and trumps up that the problem was the Brexiters didn’t understand what they were voting for. Well that was like a red rag to a bull. Needless to say I ripped him another ahole and enlightened him on how rude and arrogant that was. Told him, somewhat brutally (he deserved it), we knew exactly what we were voting for, very similar to a lot of things you guys voted for in 1776.

Coffee and brandy in the lounge and then early to bed before I nod off and spill me brandy. 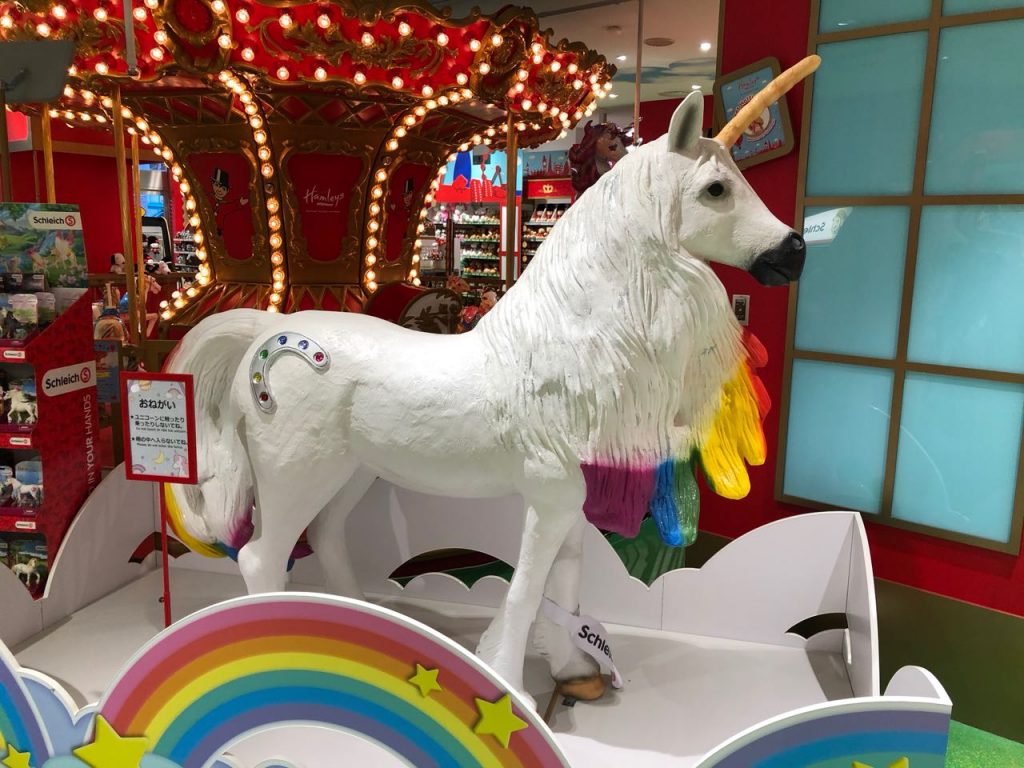 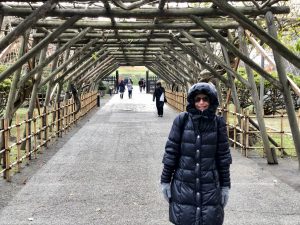 A rather boring park and it’s freezing.

Grateful to all the blobbies on board, they’re as numerous as dandruff ridden tea towels in Afghanistan, for constantly reminding me that I need to keep on top of my weight. All this food is just a constant temptation.

I know it’s a tad cruel to say it and totally non PC, so makes it all the better. 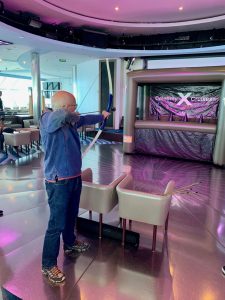 Archery, not quite as I know it.

Lazy start to our second sea day as we don’t get up until 09:00. Breakfast is a tad crowded, but we cope.

No really a lot to do. Have a go at the indoor archery.

Wendy did some knitting whilst I played on the Internet. Then had afternoon tea, not to forget some wine, with our LA friends in their luxurious suite.

Dinner was flexible dinning with not the most stimulating of company. 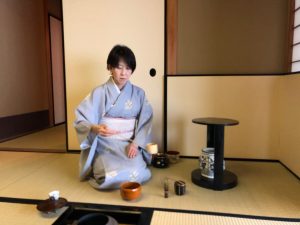 Meet up with the only Republican Tesla drivers in LA for a free day in Yokohama. No tour guide; no serenading; no being treat like a 6 year old. Sadly it’s raining all day . Catch the free shuttle to the main train station and then are escalated along to the Park Royal Hotel, highest in Yokohama and fastest lift in the World. Start our day by doing a traditional Japanese Tea Ceremony on the 65th floor. No Typhoo quick brew tea bags here. All very formal, sedate and proper. Green tea is not too bad, a tad fishy for my liking, but quite an experience – see pictures. Mind you us geriatrics can’t sit cross legged or on our knees too good. 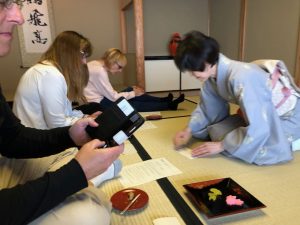 Then we make our way to the Cupanoodles museum. Just can’t believe that such a big building can be dedicated to cup noodles. Along with mainly Japanese children, hardly and an adult or caucasian in site, we get to colour own cup noodle cup and then get to fill it with fillings of our choice. Sadly the make your own noodles activity was all booked up. What a laugh we all had.

Then we have a chinese lunch. Seemed a bit bizarre to me going for a Chinese in Japan but that was the majority decision. 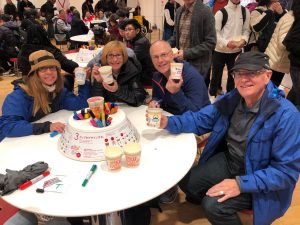 Swiftly followed by a shopping expedition to the Red Brick Warehouse. Phil and I cop out and go for a coffee.

Then back to the ship. Where Wendy gets the packing done while I while away my time on the Internet.

Dinner tonight is with 2 Brits and 2 Americans who we’ve encountered before. Typical the Brits a Southern soft and of course voted remain. We have an interesting, yet sensible and well mannered, discussion on the merits of leaving and project fear.

Finally meet up for drinks with our LA friends. Wendy gets to sample too many Martini’s. She’ll pay for it tomorrow no doubt. Say our final goodbyes and look forward to them visiting us in Park City and us going to LA. 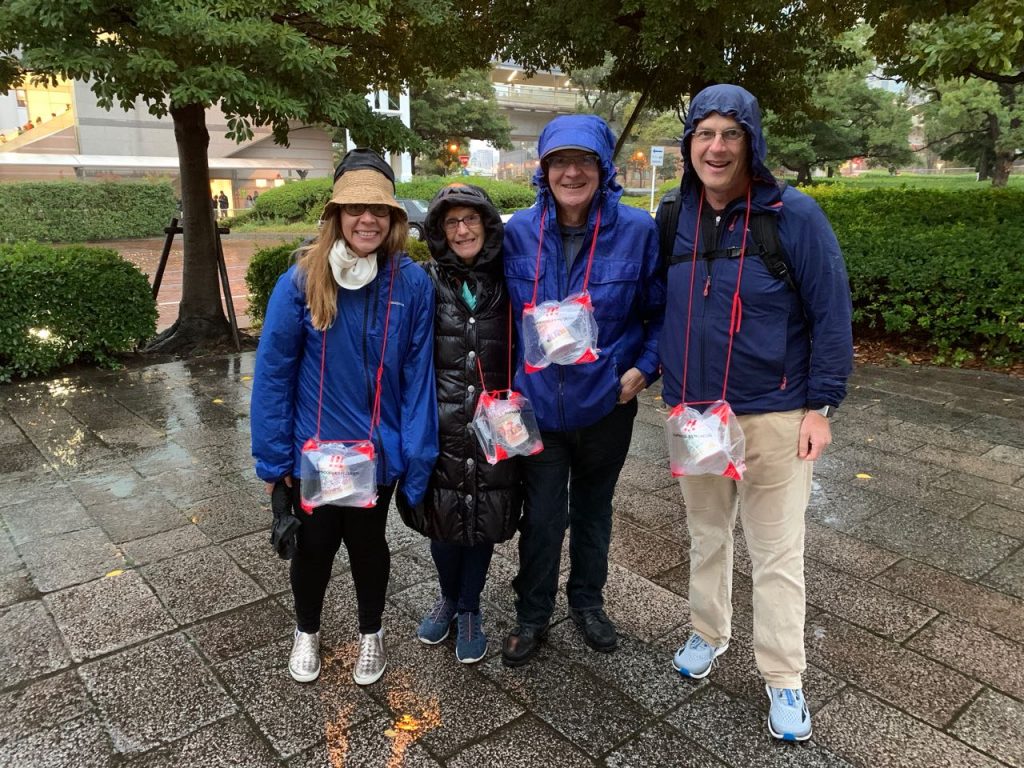 What bunch of nerds. 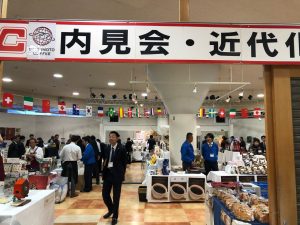 How to gate crash a food exhibition.

If any bleeding heart remainer out there says it’s us geriatrics that are ruining their future then think on this.

We’re rapidly decomposing – as we wake every morning we’re reminded of this – yet the benefits of BREXIT are greater for the future of my kids and grandkids. Because we ain’t go so long before we kick the bucket we’d probably be vastly better off remaining. With our gypsy lifestyle currency fluctuations under BREXIT will probably make us worse off. But it’s the long term, probably when we’re pushing up daisies, that we’re thinking about with our decision.