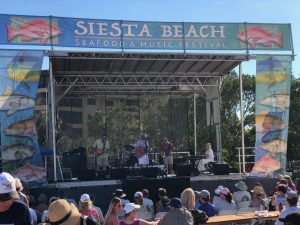 Lazy morning then we drive up to Siesta Key for a food and music festival. Parking’s a nightmare, free spaces rarer than a lap dancing bar in Tehran, so we park about a mile down the beach and walk back up the beach. As expected no American would risk life and limb walking this far.

It’s free music but food is greasy and expensive, although the paella looks enticing. We pass and just listen to the music and drink our water. My god it’s hot. 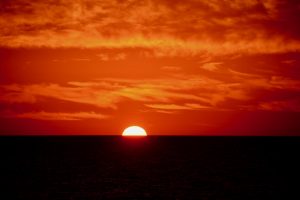 On the way home we call at Starbucks for afternoon tea and some cake to feed Wendy who is that hungry she could eat a grizzly bear fur sandwich.

Kayaking on a sunny day, watching nature in all it’s glory. Perfect way to spend the day. 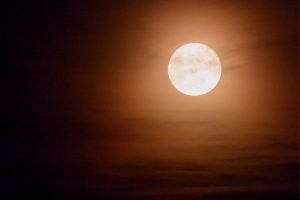 I’m getting fed up of ranting about the persons responsible for fucking up society and life big style with their views that they try and inflict on the rest of us. Having to type out a list of the lengthy attributes of these futtocking arse-mungels is becoming a real pain so from now on I’ve got a new word for them – twatters.

Definition of the word twatter:

Person or persons who fucks up society and life big style, responsible for all that is bad in this crazy world, with one or more of their politically correct, multi-cultural, bed wetting, do gooder, dhimi, tree hugging, veggie, left wing, liberal beliefs. Can be a snowflake; a typical bed wetter; a futtocking arse-mungel; an islamic appeasement monkey; or even a jerkpuffin and almost certainly has a self righteous twitter account, that is more prolific than an over active thyroid gland, and to top it all off is almost certainly a rabid REMOANER. 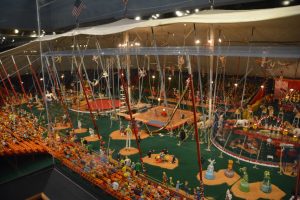 Decide on some culture today, set off to the Ringling museum in Sarasota. The art museums free on a Monday but we lash out and pay for the circus museum. They have an amazing miniature circus covers a massive area with amazing attention to detail. That along with circus memorabilia and some videos brings back memories of how good circuses used to be when we were kids. Sadly no more.

Then we have our exotic picnic by Sarasota bay. The gardens and grounds here are quite stunning. Oh how the rich lived.

Visit the art museum, much to Wendy’s disgust. I have to say the majority of the paintings in there are depressing. I wouldn’t even use them to wrap my chips in. There are some good photographic displays. One is particularly good on America and the War in the middle east. 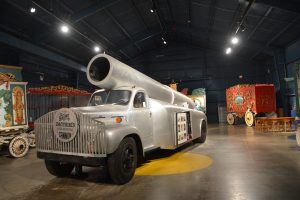 In the evening we meet up with Pat and Steve, friends of Jerry and Diane, and have some drinks and an evening meal. Have a pleasant evening and it’s always good to meet up with new people, surprising the similarities between us all. Meet in an interesting sports bar, foods a tad basic and unlike most of these bars in the movies there’s no pole dancers. Now I love American junk fund, but come on fried Mac and cheese or fried Ravioli has to be the product of the mind of a degenerate chef. Try the fried Mac and Cheese, think I’ll stick with the original. 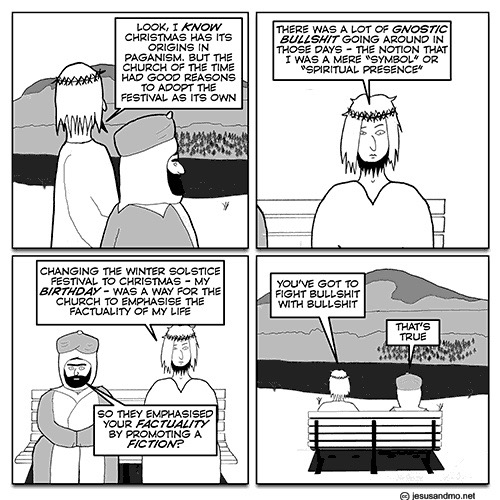 One in the eye for the twatters and especially those bed wetters at Starbucks.

P.S.
The child in me just couldn’t resist. Yes, it works. 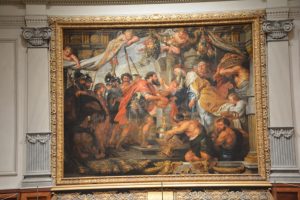 After our usual leisurely morning we have a great bike ride down the Legacy Trail. As I suspected we didn’t make it all the way to Sarasota. A whining numb bum struck after 7.5 miles, but at least that meant we did 15 miles, an improvement on last weeks 12 miles. Amazing isn’t it, I stop for a pee in the woods and within seconds the whole world turns up as two cars arrive in the most inaccessible two different places you can imagine – unbelievable. Perverts. Is there no peace, is nothing sacred anymore. With my luck it’s a wonder it wasn’t an American pipe band or the local cheer leaders out for a run. 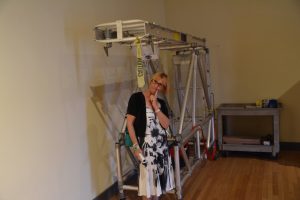 Is this modern art?

On the way back we call in at the Daiquiri Raw Bar for some drinks. It’s happy hour so Wendy gets two Daiquiris for the price of one. She’s obviously taking this training to be an alcoholic very seriously as she asks for an extra shot of rum. The corruption of the English language continues unabated with “happy houring”.

Nine Important Facts to Remember as We Grow Older 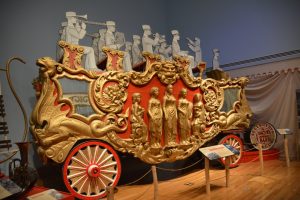 The circus comes to town.

#9 Death is the number 1 killer in the world.

#7 Good health is merely the slowest possible rate at which one can die.

#6 Men have 2 motivations: hunger and hanky panky, and they can’t tell them apart. If you see a gleam in his eyes, make him a sandwich.

#5 Give a person a fish and you feed them for a day. Teach a person to use the Internet and they won’t bother you for weeks, months, maybe years. 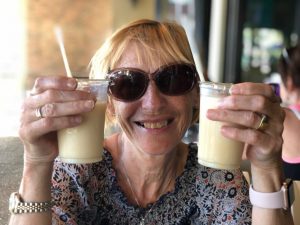 Two’s better than one, especially with a shot of extra rum.

#4 Health nuts are going to feel stupid someday, lying in the hospital, dying of nothing.

#3 All of us could take a lesson from the weather. It pays no attention to criticism.

#2 In the 60’s, people took LSD to make the world weird. Now the world is weird, and people take Prozac to make it normal.

#1 Life is like a jar of jalapeno peppers. What you do today may be a burning issuetomorrow.

Please share this wisdom with others while I go to the bathroom. 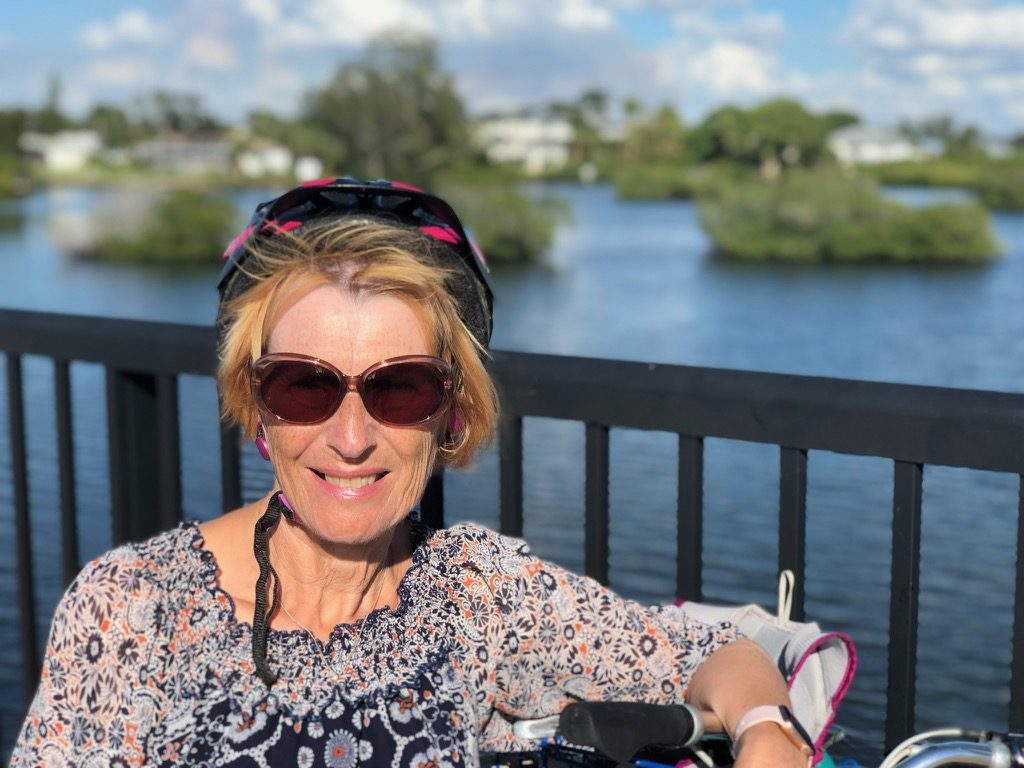 Wendy on our bike ride.

While Wendy kindly packs I toddle off down to Siesta Key for a spot of kayaking. 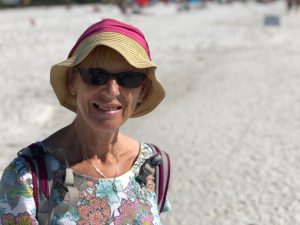 Awesome morning kayaking around Siesta Key. Birds galore, including Ospreys and Herons, but best of all is a squadron of 16 pelicans coming into land on an island. They perch on trees and keep a suspicious eye on me. Alas no dolphins of manatees.

Hot and sunny as I contemplate that 48 hours from now we’ll be back in the frozen wastelands.

In the afternoon we have a stroll into town to maraud around the few shops there is. Wendy passes on a happy hour Daiquiri.

For my last supper here in Venice I get a real treat. It’s a dipped Chicago beef sandwich here at America’s equivalent of the greasy spoon cafe on steroids. Proper gourmet food, a cholesterol special. But never let it be said that I’m not into healthy eating as I only have it single dipped into mouth watering gravy, rather than the true epicureans double dipped.

The red neck bearded, toothless clientele of this place, look like they just escaped from the civil war in Georgia, seem delightful as they swill down pinkie water from heavy frozen fighting jars. I was tempted to open a discussion on the nats urine they serve over here labelled as beer, but prefer my front and back teeth the way they are. 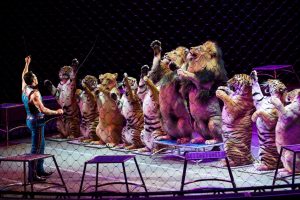 More of our culture and history sacrificed at the twatters alter

Yet another part of our culture and history is sacrificed at the alter of political correctness and animal rights. The animal rights twatters have been at it again. The last circus was performed in America this year as the twatters succeeded in closing them down because they had animals performing. Arguments such as it’s cruel and DEGRADING to have animals performing; kept in cages; dragged around the country and the list goes on.

My grandkids will probably never experience the magic and thrill of the circus, seeing exotic animals and marvelling at feats of doing and dare and the colourful entertainment. Going to see the animals before the performance. Or in the case of our youngest son hiding behind the chair when the tigers came out. It’s part of our heritage.

How bloody cruel do they think life in the wild is for animals? How cruel do they think it is to eats meat? If you want to see gratuitous cruelty then go and watch a bull fight, still allowed in the EU. What about all the money the circuses invest in wild life and animal welfare, where is that money going to come from.

Yes, I agree that animal welfare in circuses should be strictly monitored and enforced but closing these down is just another example of how the twatters are screwing with our history and culture.

A sad day for America.

Halal meats – the facts. Forget it’s from the EDL, ask yourself is it factual? 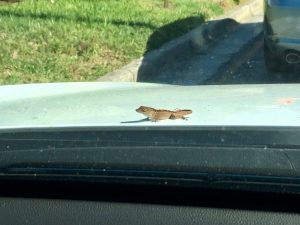 Now Game of Thrones has added zombies, to it’s collection of knight, dungeons, dragons along with magic and wizards it’s getting a tad too weird and complex for my tastes and fragile memory. Why bother wasting +80 hours, when you can watch the essence of the series, with all the nudity and sex scenes in under an hour with these summary videos. 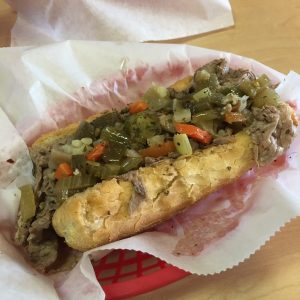 Apart from having to wait for the Virgin checkin to open, we’re TSA pre-checked and so it’s a pretty smooth process. Amazing, Virgin customer service score again. No indication what time check-in opens. There are staff there but can they be bothered serving. Keep everyone waiting without as much as a nod or bye your leave. Then suddenly there’s about 12 agents with nothing much to do. Does it never occur to them they could put a couple of staff on early and then add more later, plus little sign indicating what time check-in opens – wouldn’t stretch the budgets or common sense too far. Mind you the signs over the check-in desk said Emirates, that’ll confuse the punters and have them wandering around the airport looking for Virgin. Customer service as crap as ever. 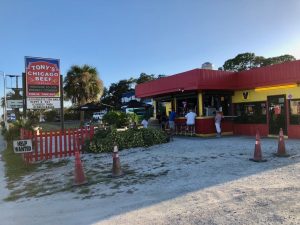 Nice lounge as we’ve a long wait, but the booze helps pass the time. Sat on plane for two hours delay while they sort out paperwork and get a high tech solution like a dip stick to see how much fuel they have in their tanks! Food as appalling as ever. Thankfully my sleeping tablets and a few glasses of wine make the flight snore by. Although the woman sat next to me is a tad concerned when I nod off with a glass of red wine in my hand.

Land in Manchester about an hour late. Then it’s a cock up with the luggage as the cargo bay doors are frozen. I don’t believe it. Obviously Manchester being in the tropics this sort of thing never normally occurs.

Arrive home to snow in Belthorn. 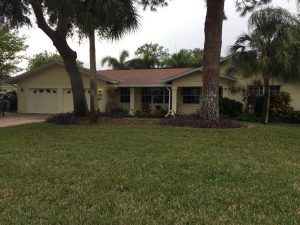 John McDonnell today refused seven times to answer how Labour would service debt interest if the party swept to power and implemented its extensive, £250 billion over 10 years, borrowing plans. Day-to-day spending on public services would meanwhile increase £17 billion a year under Labour’s plans, paid for by tax hikes for wealthy individuals and business. 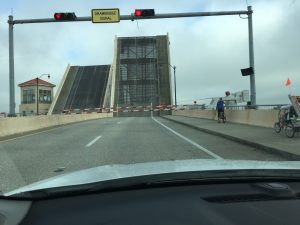 Perhaps we can’t escape the island!

He had been unable to put a figure on the current cost of servicing it when quizzed in a post-budget interview.

He also elicited a backlash after accusing BBC Radio 4 Today programme presenter Mishal Husain of “a trite form of journalism” when she pressed him for specificity around Labour’s plans.

The cost of borrowing more to invest would “pay for itself” in extra tax revenue and job creation, he insisted.

Pat Condell nails it with “Nothing To Do With Islam”: