Off to the living desert zoo. Didn’t have great expectations of this but we were pleasantly surprised. Not too big, fabulous gardens and cacti, well laid out and very enjoyable. 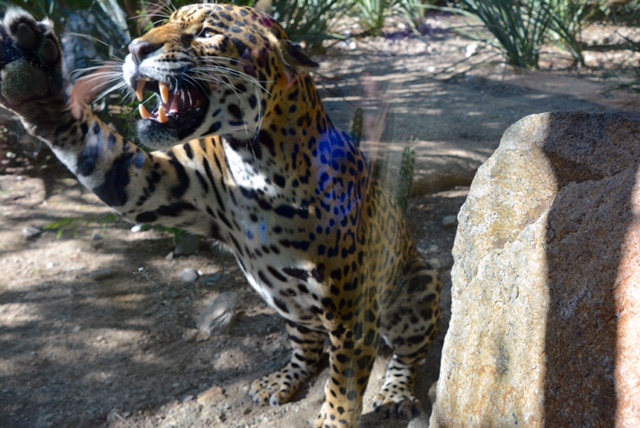 Called in at Barnes and Noble for a book on Hawaii. Need to get the most out of our next adventure. Book shops seem to becoming rarer than bible sellers in Tehran, thanks to the Internet. Mind you when I over hear a Barnes & Noble saleswomen fobbing off a customer who’s complaining about her Nook, “Well you have to understand the software gets tired!”, I’m not surprised. What balderdash people talk. Perhaps the real reason was she hadn’t fed the Nook recently. 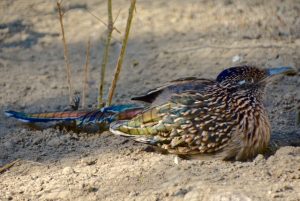 Starbucks for lunch and Internet. Oh how I’m looking forward to our next home exchange, which apparently has proper wifi.

Catch up on the 3rd and thankfully the final presidential slanging match. The same old. But I have to say that even though the moderator was one of Fox News crazies he did seem biased against Trump – he was asked about his groping and yet she was not asked about her emails and the Clinton foundation. Just like a woman she got away with all the rattle.

Poland is kicking the concept of a traditional bike trail to the curb.

On Sept. 23, the rural town of Lidzbark Warminski opened a short biking path that glows blue in the dark. Charging by day via the sun, the special section of trail is a new addition to a larger recreation path that leads up to Wielochowskie Lake. 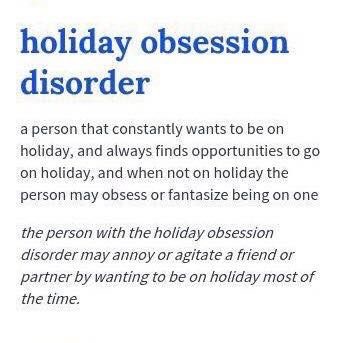 Soft versus Hard BREXIT. Let’s make sure we get out. Perhaps we should just call their bluff, out ASAP, focus on the rest of the World and just go for WTO options. If they want to trade let them come to us. 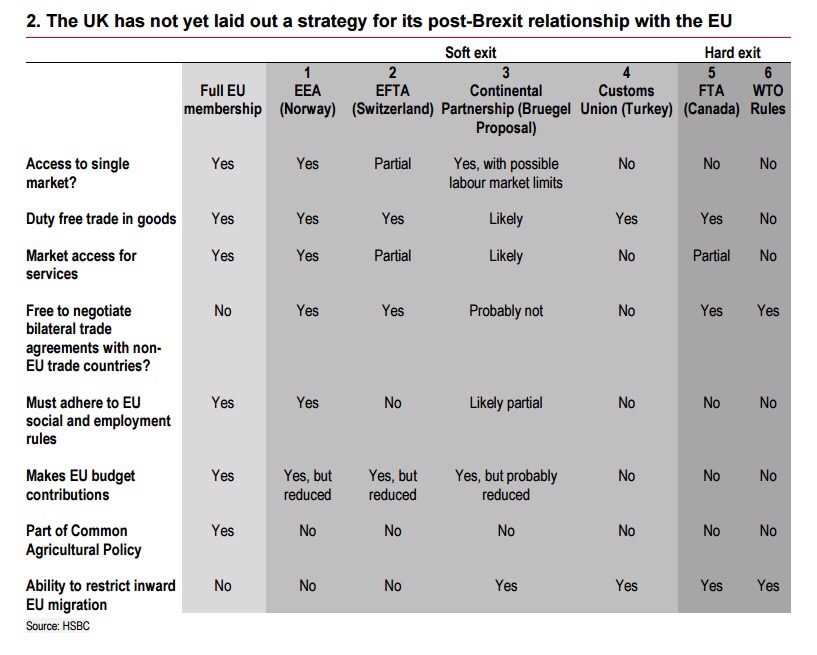 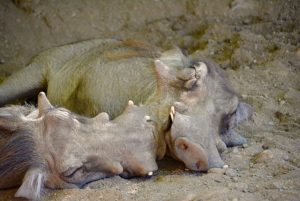 Lazy morning and trip to Starbucks. After lunch we have the almost daily visit to the post office to see if Wendy’s tablets have arrived. Surprise , surprise they’ve still not arrived after 4 weeks. You’d think it would be possible for two leading western democracies to sort out a decent snail mail solution. But then again you need to abandon all hope of service or efficiency when you enter a USA post office. Obviously accurately modelled on a UK Post Office.

Wendy packs in the afternoon.

Evenings a melange of Fox, MSNBC and CNN. 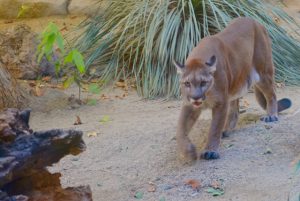 On the prowl. Is this what Trump grabbed?

Interesting to watch Trumps Gettysburg address, where he at long last comes out with some concrete proposals on what he’ll do in his first 100 days. Quite an impressive list. Why hasn’t he stuck with this rather than his childish tantrums. Typical that Clinton trashes it in her typical lying, cold blooded reptile like fashion. Not a mention of his proposal just his threat to sue those women.

Telephone poll on Trump versus Clinton is advertised on TV. “If you’ve already called, call again.” Bizarre, only in America.

Even more bizarre is how Trump gets most of the media coverage / time, yet it’s so biased against him. It’s almost like they’re a load of sharks smelling blood and going in for the kill.

UKIP leadership candidate Peter Whittle has said he wants every British school to fly the Union Jack and have a picture of the Queen up as part of a campaign to restore patriotic pride in the country.

The campaign to make people proud of being British again and “restore the national identity” is at the heart of what he hopes to achieve if he is unveiled as the new Ukip leader on November 28.

What if Dr. Seuss had been alive for this election? Meet the Grump who sacked Greatland. 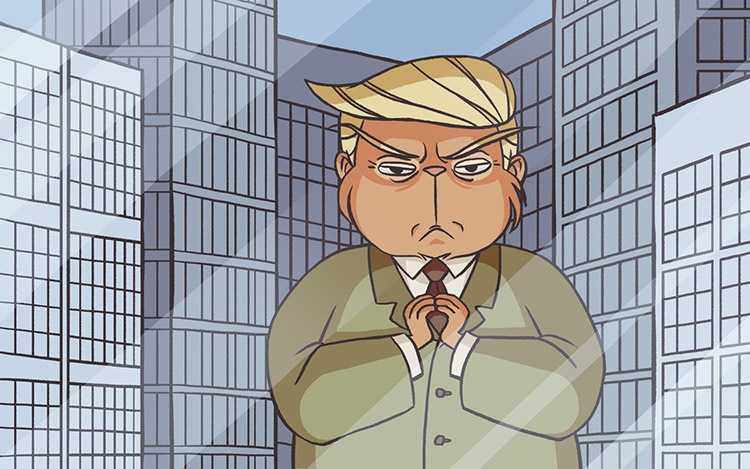 Up early and we’re off on our next great adventure, Hawaii. The 50th state and our 44th state visited. Just 6 to go. 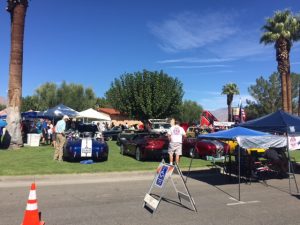 Call at the post office for our last trip to futility and then we’re off. And no the tablets still haven’t arrived.

Get about 10 miles into our journey when I realise I’ve still got the garage door opener. A few choice words. Major crash off my virtual surfboard of life.

Rather than drive to San Diego via the quickest route, which seems to involve 10 lanes of snail like LA traffic, or over the mountain range, we go for the shortest, more scenic, route via Borrego Springs. The Borrego Springs state park is the largest in the USA.

Stop off in Borrego Springs, where we catch the tail end of a parade – had some paleogeezer not forgot the garage door opener we’d have caught it all – typical American parade and festivities. Hotter than the Devils armpit but everyone, apart from Wendy, seems to be coping.

Then we drive through more of the park and down towards San Diego. Stop off at a small state park visitors centre for a wander around and chat with inquisitive Rangers. 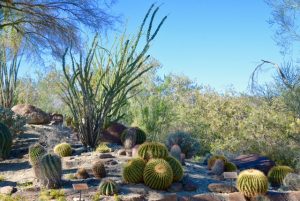 Browsing the 1,000’s of channels, all with nothing on worth watching when I come across an interesting documentary on “Why Planes Crash”. Wendy doesn’t want to watch it!

Traffic lights are finally getting smarter in Pittsburgh.

Since Surtrac was first introduced in 2012, the Rapid Flow team estimates the AI stoplights have cut emissions by 21%, travel times by 25%, and idling times by 40%.

The magic of Surtrac is that it bundles each stoplight into an intelligent network “that moves all the vehicles it knows about through the intersection in the most efficient way possible,” Rapid Flow CEO Steve Smith said at the recent White House Frontiers Conference, according to IEEE Spectrum.

Wow, that will give your average American driver half their life back.

Up at 06:00 for a paupers continental breakfast. Even the waffle managed to taste like a grilled soggy corrugated cardboard sandwich. A fried grizzly bear fur sandwich would have been preferable. 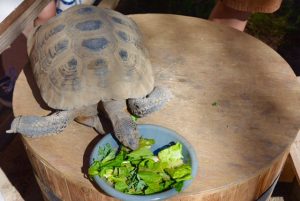 Then it’s off to the airport. Let the misery begin. Hawaii here we come.

Well Hawaiian airlines have to be complemented on being the only internal flight to provide a free meal. But why is it there’s only one choice and guess what? They only pander to veggies, those tree hugging herbivores. Why does everyone assume it’s ok to expect us, normal, carnivores to cope without some blood on our plate? From now on I think I’ll become a Meatatarian and form the Obligate Carnivores Society (Obligate carnivoresor “true” carnivores depend on the nutrients found only in animal flesh for their survival. While they may consume small amounts of plant material, they lack the physiology required for the efficient digestion of vegetable matter.).

Strange isn’t it how this is considered an internal rather than an international flight. Yes I know they’re the 50th state, but 2,500 miles away.

Get to our new home for the next 2 weeks. It’s a nice one bedroom condo on the 19th floor, with awesome views over the ocean – more pictures to follow on the next blog. Yeah, there’s reasonable wifi.

First impressions of Hawaii. A mixture of poor shanties and luxury gated communities. Awesome scenery and flowers, a tropical paradise. Looks like everything was built in the 1960’s with lavish use of concrete. Visit the nearest local supermarket. Are we really in America? I thought, being such an expert on supermarkets, that we were in a supermarket in Spain or on Audley range. Good to see some clouds and even 10 drops of rain after 2 weeks in the desert.

Today’s wave of life award has to go to the bus driver from the car rental centre to the airport. Pleasant; personable; exceedingly helpful; fun facts to keep us amused; trivia questions. Obviously really enjoys his job.

Campaign Jokes
How do you know you’re reading one of Donald Trumps books? It starts on Chapter 11.

Can I tell you a joke about the wall? Never mind you won’t get over it.

What does Trumps hair and a thong have in common? They both barely cover the asshole.

Why isn’t it surprising that Donald Trump wants to be President of the United States? Because it’s not the first time he has pushed a black family out of their home!

Of course today’s SNAFU award has to go to San Diego airport, no better or worse than any other, although there wasn’t a lounge available.

Congratulations, you manage to make the airport experience as miserable as humanly possible, on that you cannot be faulted and there’s no room for improvement on the level of misery inflicted. It all starts before you leave the hotel with the pedantic obsession with luggage weight; then there’s the rip off $25 per suitcase fee – no wonder everyone’s trying to cram oversized giant steamer trunks into small overhead lockers; TSA and their fiendish methods, by power obsessed minimum wage fanatics with a chip on their shoulder, have to take their usual 1st place in the misery stakes – what is the point of terra hertz scanners that then require everybody to be groped down; rip off food and drink prices for sandwiches that could either scurry across the floor under their own steam or would make an excellent door stop; finally waiting and queueing to board.

At least when you’re onboard the flight is quite pleasant even if they charge for movies.