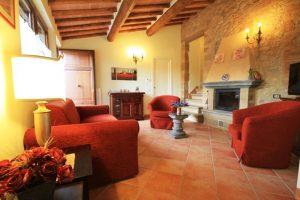 Our home for the next 10 days, just outside Siena.

A lazy day planned after our sightseeing and cultural excesses.

Lounge around the lovely garden and pool. But no day would be complete without a short trip to a supermarket for the things we couldn’t get yesterday. 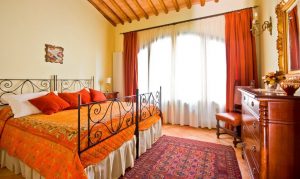 Well at last I’m getting to try and hopefully master the Moka stove top espresso maker. It sure makes a powerful espresso, without the need for a £400 baristas special on your kitchen top, and only about £10. Certainly get a coffee that you could underseal your car with, takes your head off, however, still haven’t cracked getting the perfect crema. I notice that it delivers a great cream in the Moka pot but when you pour it you loose it.

Earn big money by displaying a “How’s My Driving” on your car, along with an 0906 number (£1.50 per minute) from BT. Then drive around town like a complete arsehole. Here in Italy everyone would be a millionaire and it’s solve their National debt crisis. 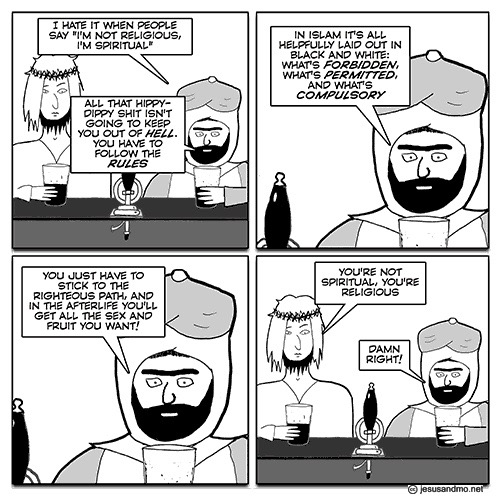 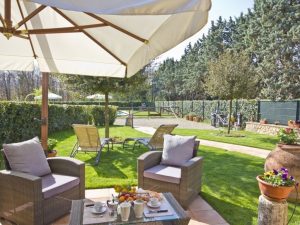 Lazy morning and then we drive into Siena for a bit of sightseeing and culture.

Park at the station car park and all you morons at Blackburn council take note – parking is free. There’s an amazing 10 escalators to take you up to the shopping precinct and then to the old town which is on a hilltop. 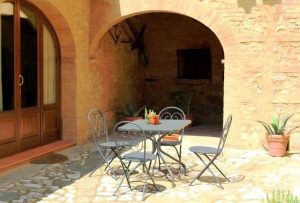 2nd patio in case we get bored with first.

The main feature seems to be more churches, than sex slaves on sale in a typical ISIS market, and a rather grand central square. They have a horse race around the square. We were going to sit and have a leisurely lunch here overlooking the square but all the restaurants charge a cover charge. We object to paying about €5 just to sit at a table and then pay exorbitant prices and a 12% service charge, so we settle for one of the many restaurants on the side streets.

Pass on any museum or church tours. Like typical philistines once you’ve seen the innards of one church you’ve seen them all and it rather disgust me to see the sheer opulence of these places. Just imagine if all this money invested in churches had been put to good use for society over the centuries how much better off we’d all be. 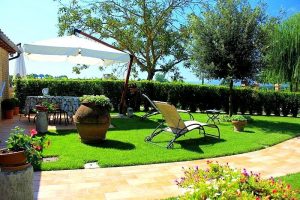 Nearly get mowed down as we forget that zebra crossings over here are no more than paint on the road and have no meaning whatsoever.

At last we encounter a decent supermarket, but alas still no baked beans, but all is not lost as they do sell Original Hofbrau.

Driving in Italy is a nightmare. Give me America, Germany with them screaming down the autobahn at 150mph or even France. The side roads have more snakes and turns than you average snakes and ladders game; there’s zero respect for the speed limit; they all want to peer up my exhaust pipe as there understanding of safe stopping distance is measured in centimetres not metres. 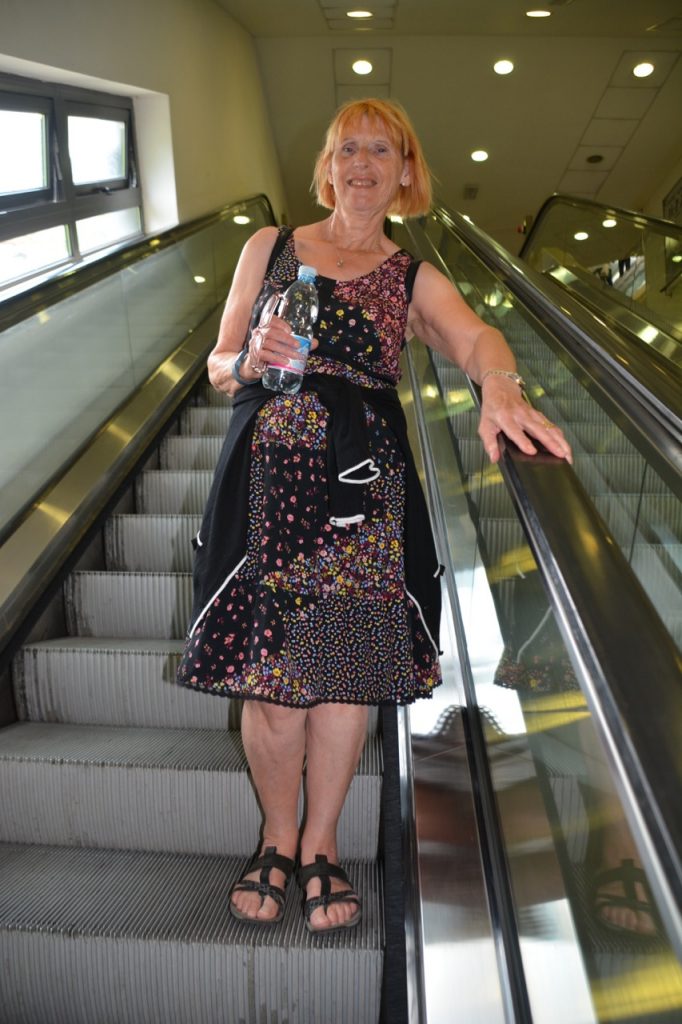 Down one of the ten escalators.

Well I have to eat my words. I’ve always been a bit disparaging about Italian beer, worshipping the Reinheitsgrebot and the German Brewmeisters, but I have to say I’m pleasantly surprised at this Moratti I’ve just downed (after 17:00 I might add), a tad sweet but very palatable. But there’s some Pauline’s and Hofbrau awaiting in the fridge. 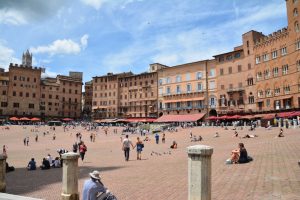 What is it with foreign country imports of German beer. There’s a fantastic selection of solid quality beers yet go in an American, British or Italian supermarket and its packed to the gunnels with wheatbeers, dunkels, doppels, triple bocks, schwarzbeer and every perverted brew you can think of. Do the Germans just keep the good stuff for themselves and dump these exotic fashion beers on the rest of the World? 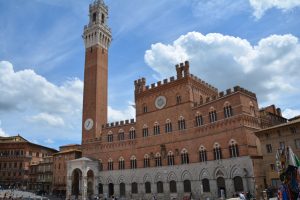 I got to thinking about the certainty of the EU army. Dodgy Dave ranted about the risk of World War 3 if we leave, but just think of the Evil Unions 5 power-crazed presidents podgy little fingers hovering over the nuclear button. Having these meddling megalomaniacs controlling a nuclear arsenal and army represents a bigger threat of WW3.

At least if we BREXIT then there’s a fighting chance it will be the beginning of the end of this Evil Union. 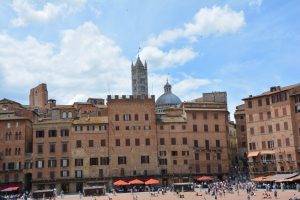 Well we’re off to San Giginano, a hilltop town about an hour away. Roof down it’s a pleasant, but slow drive. Most roads around here seem content with 30MPH, with an occasional heart stopping and wind swept hair of 37.5 MPH.

Arrive and it’s heaving, all the car parks are full. Drive around for about half an hour including a dirt track that my satnav seemed to think was appropriate to drive me to distraction but all to no avail. 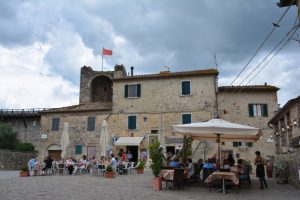 San somewhere or other.

Plan B – drive home and call in at a much smaller hilltop town – Monteriggioni. Whatever happened to sensible, pronounceable English name like Luton, Preston and even Blackburn. Stop for lunch for Frau Edwards and coffee for me. Menu and food looks so much more interesting than the boring repetition of Venice.

Well our villa here is lovely. Typical Tuscan villa both inside and out. Fairly well kitted out, including a Moka Espresso maker. However, you do have to wonder about the crockery. Cups, with no saucers, that are big enough to wash your feet in. Cereal bowls like flat plates and no beer glasses.

As usual, wherever I go, the internets like an ISIS executioners arm, up and down, but we get by. Watching a mixture of yet more EU debates and The Americans on Netflix. 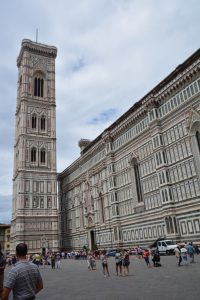 Don’t get me wrong it’s a real tragedy about the useless slaughter of Joe Cox. But come on ceasing campaigning and the debates for 5 days, in the so called most important decision we’ll have to take, is just over the top. Are they all trying to outdo one another in how pious their campaigns are?

I’d have settled with a day of total abstinence and a commitment from both sides not to use this tragedy to their advantage or part of their campaign. Surely that would be respect enough.

How to drive an Italian mad? Drive at the speed limit. It sends them up your exhaust pipe with frustration. 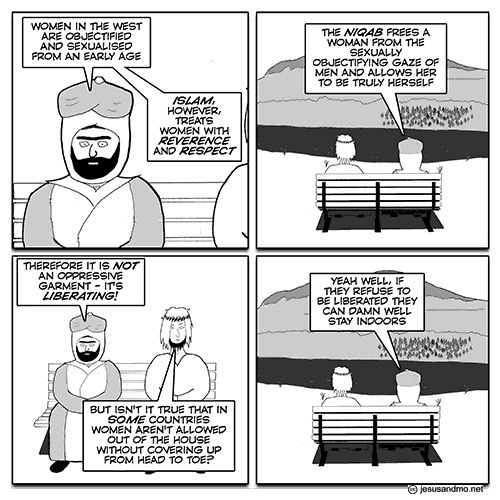 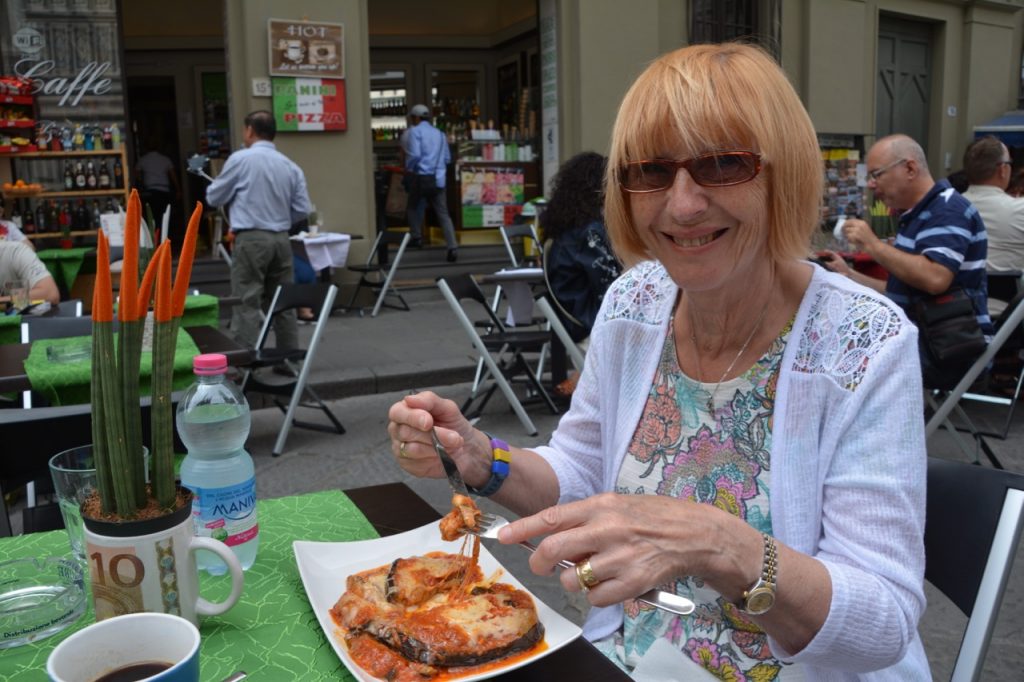 Well it’s another day of culture as we set off to explore Florence, all part of our Grand European Tour. 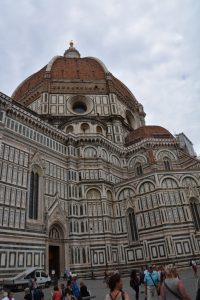 Road from Siena to Florence is a dual carriage, pot holed ridden nightmare. Plenty of road works with 24MPH sections and a terrify top speed of 56MPH. I can assure you with this number of pot holes, 56MPH is pretty daunting, we really should have bought Wendy’s SUV.

Florence centre is mainly closed off to traffic, thankfully. Manage to get to my chosen car park with no problem but driving into the bowels of the earth it seems that the Italians have decide it’s better to drive on the British side of the road, not that they can be bothered with a sign to let you know their change of heart. Anyway arrive with no incident thankfully. 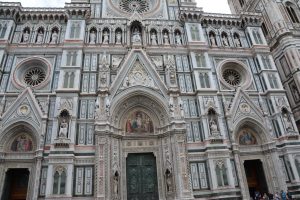 Florence is pretty crowded with the tourist hordes but quite a relaxing city to wander around. Still suffering from our cultural overdose we’ve really done very little planning other than identifying a car park and aiming for the Duomo on foot.

First glimpses of the Duomo are awe inspiring. It’s most impressive from the outside and no doubt equally so from the inside but e’ve had enough of churches for this year and the long queues mean we don’t bother. 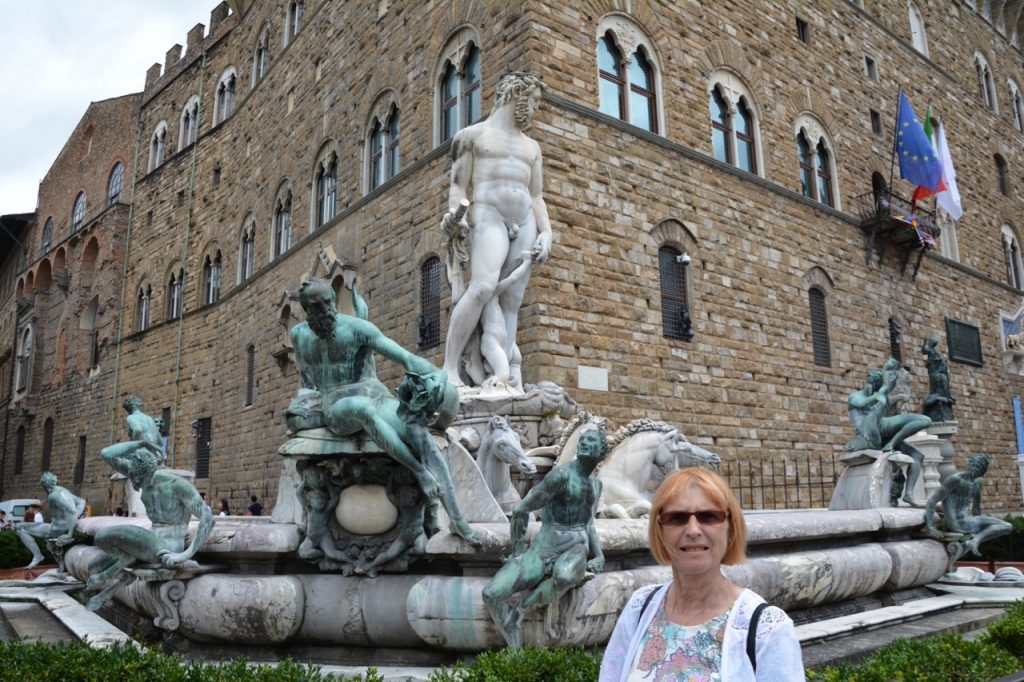 Wendy admiring one of the many statues.

We do have lunch though overlooking the Duomo. It’s the awesome MELANZANE ALLA PARMIGIANA again. 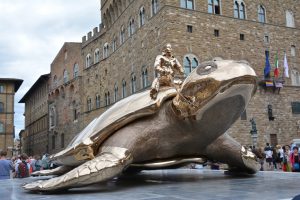 DOn’t ask me why they have this amidst all this old stuff?

Then after a relaxing lunch we wander around Florence. No real idea of the history or culture just soaking up the atmosphere. Get to see a statue of my good old hero Machiavelli. Take some pictures, especially of the naked geezer, which from the appropriate angle looks like he’s got a big rod for his knob.

Invest in a Moka coffee espresso machine for home. 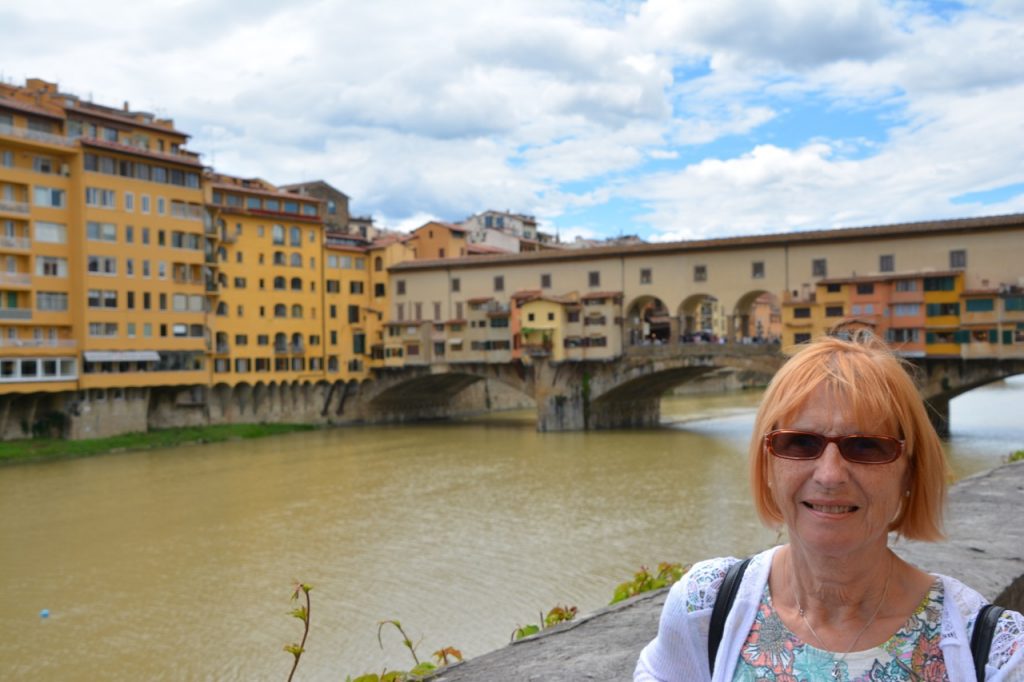 Wendy in front of not so famous a bridge in Florence. 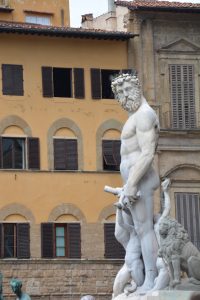 Hmm don’t think anyone thought of it from this angle. 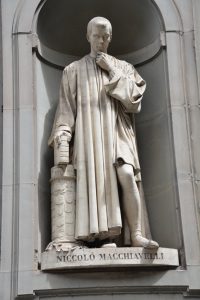 My hero. Wrote “The Prince” in 1516 same year as the Reinheitsgebot. 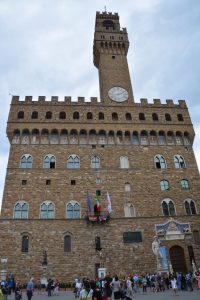 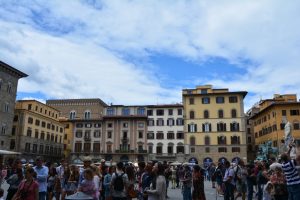