20160411 – Yeah Business Class Flights Home For Me; Will Wendy Be Confined To Cattle Class? 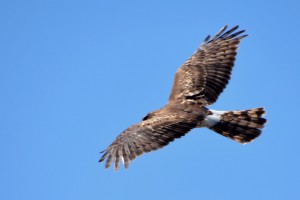 Drove down towards Wolf Pass and the Woodlands Nature Reserve. Supposedly teeming with birds and wildlife. All we managed to see were more Magpies than muslims at a stoning and a Buffalo farm. Wolf pass was closed for winter fortunately they allowed U Turns.

I know lets go for lunch at that classy Blue Boar Inn at Midway. Yep, you guessed it, closed for renovation. Oh well that’s the kids inheritance saved. Stop at a cafe in Midway. What a lovely little town Midway is, very clean, spacious and Swiss like.

Park City’s Inaugural Year as The Largest Resort in the U.S. 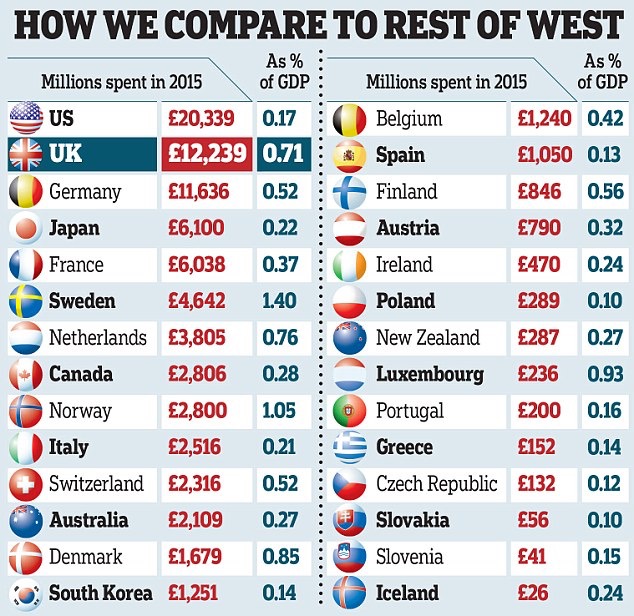 How to fritter away money we don’t have on so called foreign aid. Come on get your finger out Sweden are beating us! 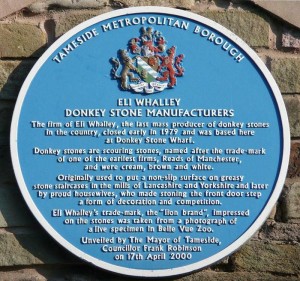 what a quaint and unusual business.

Yes, our numbskulls in the great chattering house are still frittering away billions of money we don’t even have. Let’s hope they don’t see a report in the Daily Blood Boiler that Sweden spends even more as a percentage of GDP than our 0.7% of GDP or they’ll be doling out more in order to better Sweden. Are they totally bonkers. Here’s some of the waste: 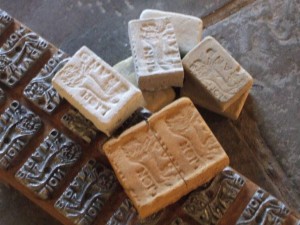 And this is their product.

The granting of millions of pounds to China, even though Beijing mounted a successful moon mission;
The disclosure that more than £1billion was sent to the 20 countries judged the most corrupt by campaigners;
Millions to countries with nuclear weapons programmes;
Millions to countries who openly seek our downfall;
£30million ‘Girl Hub’ initiative that paid for officials to learn about the lives of teenage girls in Ethiopia – including their equivalent of the Spice Girls;

Heads should roll and Facebook should ban articles from the Daily (Mail) Blood Boiler. 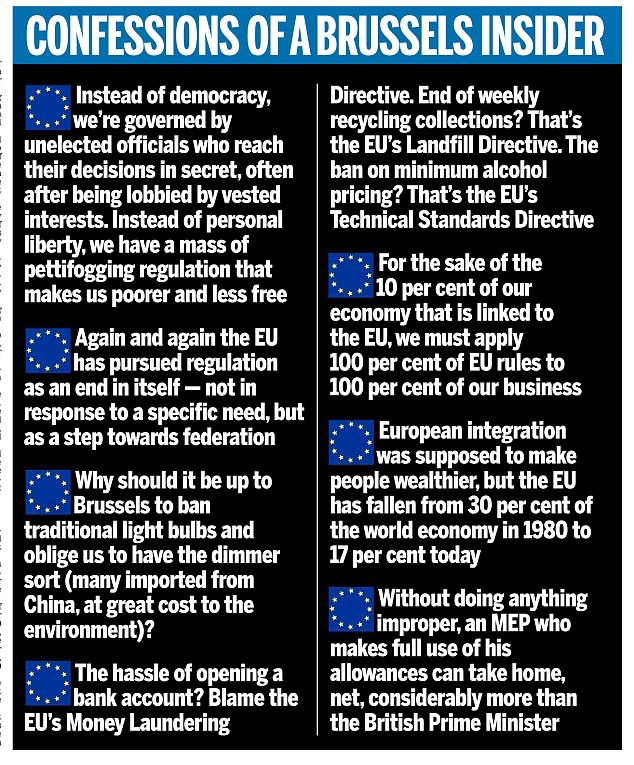 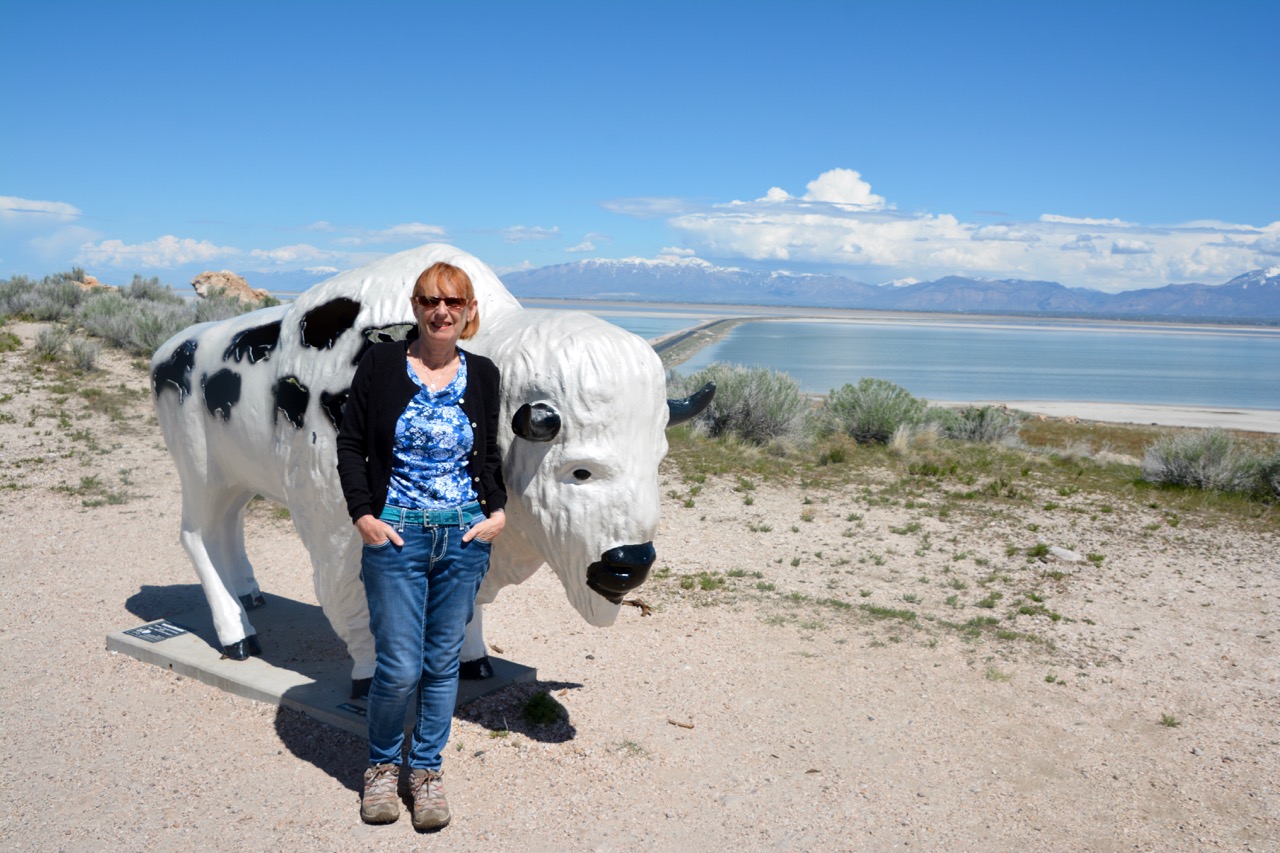 Drive down to Farmington Nature Reserve and manage to see some neat birds, but sadly no new ones.

Then we drive to Antelope Island. Go to the visitors centre, have a picnic lunch, in the car away from all the “no see ems” – annoying little black fly’s. Then we drive down to the historic ranch. 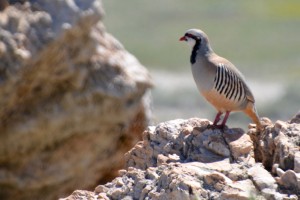 We’d been to Antelope Island before but it’s a pleasant place with stunning views of the Salt Lake and a backdrop of the Mountains.

Now todays useless piece of information pertains to how come it’s a Salt Lake. Well apparently several rivers drain into it but there’s no rivers draining out. OK I hear you saying, “so why doesn’t it just overflow somewhere?” Well water is evaporated out, thereby leaving an excess of high mineral deposits.

Is islam a peaceful religion: Bill Maher ways in:

In brief: U.K.- EU economic relations – click on image below: 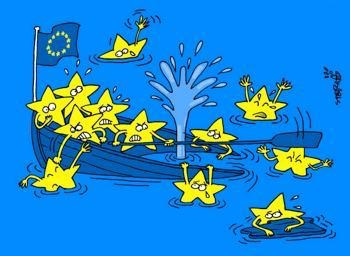 Another source of impartial research and references to other sources.

Provided by the House of Commons Library research service provides MPs and their staff with the impartial briefing and evidence base they need to do their work in scrutinising Government, proposing legislation, and supporting constituents. 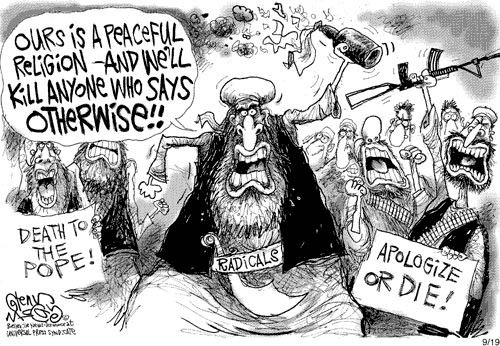 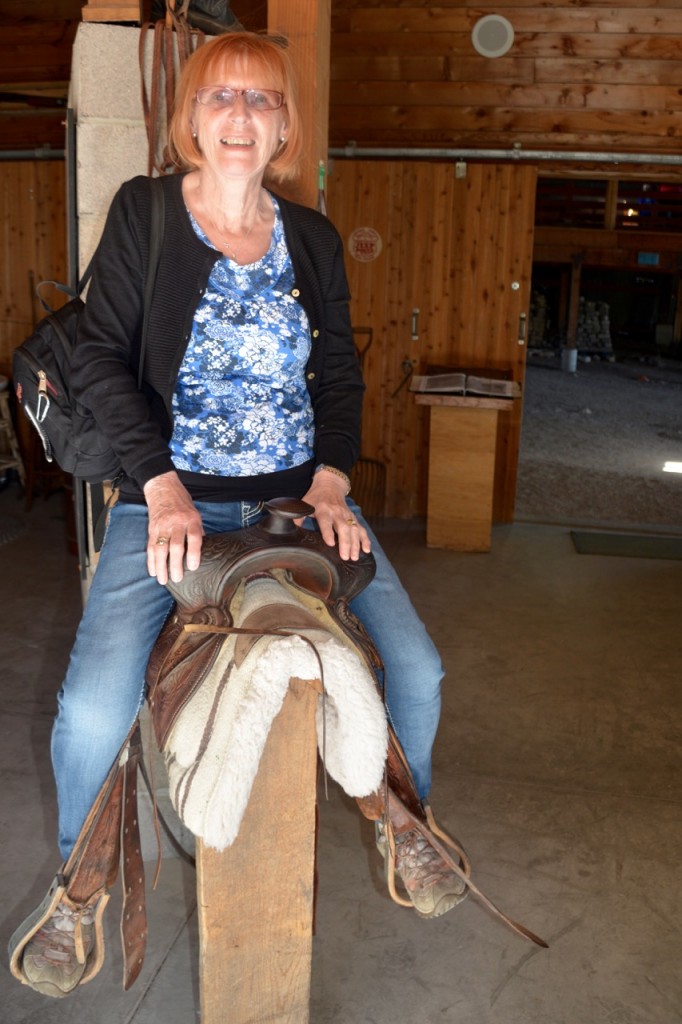 Oh the joys of watching a live sex show. This cocky little House Finch trying to get his end away with a frigid female, she was having none of it, probably got a headache, but you had to give him 10 for effort.

Go to the hospital for a last check up. Usual X-Ray’s and this time I get to see the man rather than his PA. Recovery going well. Prognosis good. Total recovery could be 6 months. No problem skiing next year. Mecanno leg is stronger than the other. Thanks to the mecanno I didn’t need surgery this time – aren’t I lucky. He does me an OK to fly letter with a recommendation that I should keep me leg elevated. 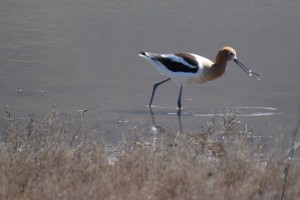 Great news Axa travel insurance have agreed I should fly home business class as I’ll need a bed, yeah. Tough luck for Wendy she’s left in cattle class. They don’t think I need a carer – that’s a matter of opinion after all she’s been my carer for 45 years. 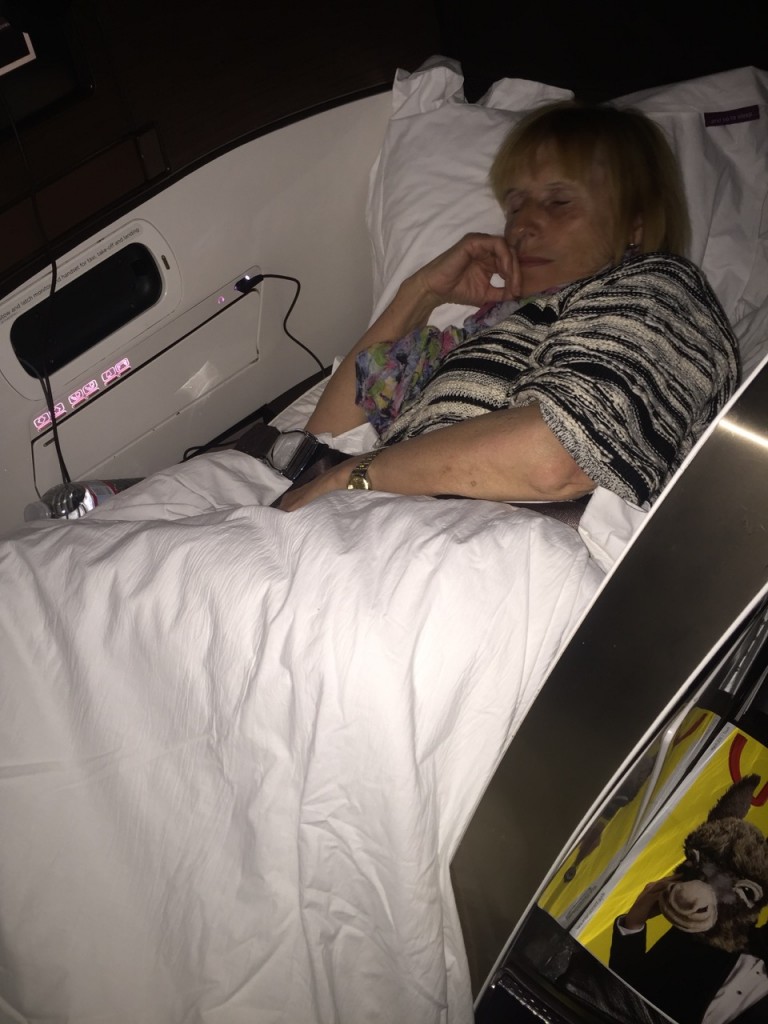 On the flight home in 2015 here’s my carer asleep on the job!

Perhaps they’re aware that last year she fell asleep on the job as my carer in the Virgin upper class flight home. But never mind I’ll pop back in and see her occasionally. Who knows I may even sneak her a goody bag of the scraps and left overs from mŷ cordon bleu meals.

Chatting to a Mountain Host colleague from last year and he related how he was getting off the chair lift and the person next to him somehow crossed his skis and next thing he knows he’s flat on his back with a chair coming at him. He was amazed at how fast it all happened. Fortunately for him nothing was broken. Sounds very familiar. Was he sat next to a Warlock from LA I wonder. Good to know you’re not alone. 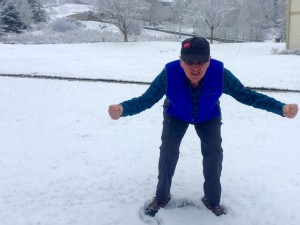 Practicing my new stance for getting off the lift next year.

Decide that next years skiing will either consist of Green runs only and walk back up, rather than use the chairlift, or adopt the following rules for using a chairlift:

‘Does my calendar deceive me? Is it April fools day? Now I love dogs but can you believe this:

To quote one of my heroes “I don’t believe it”.

A reasonably independent and well rounded report on the BREXIT debate: 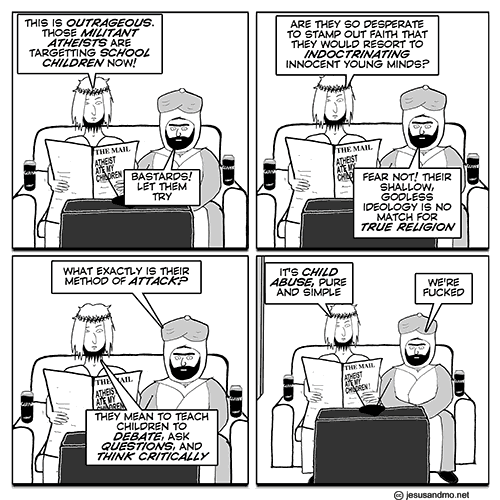 Thursday – cold, rain and then snow 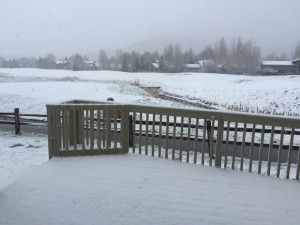 Yes it’s snowing again. A tad too late. A typical Belthorn day, just hunker down and get on with my web site work.

Hertz are being extra kind to me after last weeks disgraceful diabolical debacle. We get to keep the Mercedes GLK350 until we depart next Wednesday. Meanwhile Axa Insurance are trying to sort how to get me home.

Wendy has the excitement of her last weekly shop.

In the evening we go round to Steve and Barbaras for a boozy dinner. Jere and Diane join us, so yet again it’s great food, great company and great wine. Meanwhile the snows coming down with a vengeance. Probably the last Zinfandel until we get back to America in September as it’s a wine I’ve never seen in the UK, although I’m told the Primitivo grape from Italy is very similar, so who knows we may find some. 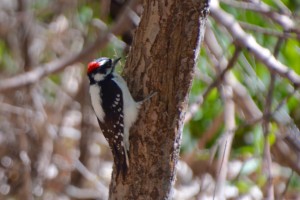 Now the good news is that my insurers have agreed to let Wendy fly home with me in business class, rather than being condemned to cattle class. I sent them Wendy’s doctors note saying that she suffers with claustrophobia and needs to take tablets, lavishly washed down by a pint of brandy, in order to get her on the plane. She needs her devoted husband by her side. Seemed to do the trick, so we fly Salt Lake to Paris and then to Manchester with our very own beds; cordon bleu food – bang goes the diet; we’ll be trusted with proper, lethal weapon, cutlery without the need for TSA interrogation; decent wine and champagne; and free wifi. I do hope they’ve got “The Martian” on as I’d deferred watching it on the way home after I’d had time to read the book. Well I suppose every cloud has a silver lining, but I think I’d rather not break anything and suffer cattle class.

And the bad news is the kids will have to cancel their Belthorn house parties as we’ll be home on Tuesday, 2 days earlier.

EU rules don’t stop at national borders. They fall on all citizens and all firms, including small enterprises that do no export business. 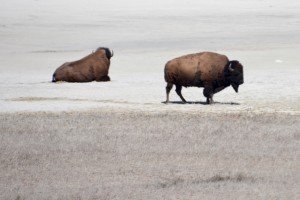 Seventy-nine per cent of business activity in the United Kingdom is wholly internal. If you buy a newspaper or have your hair cut, you are contributing to our domestic GDP, but not to our international trade. 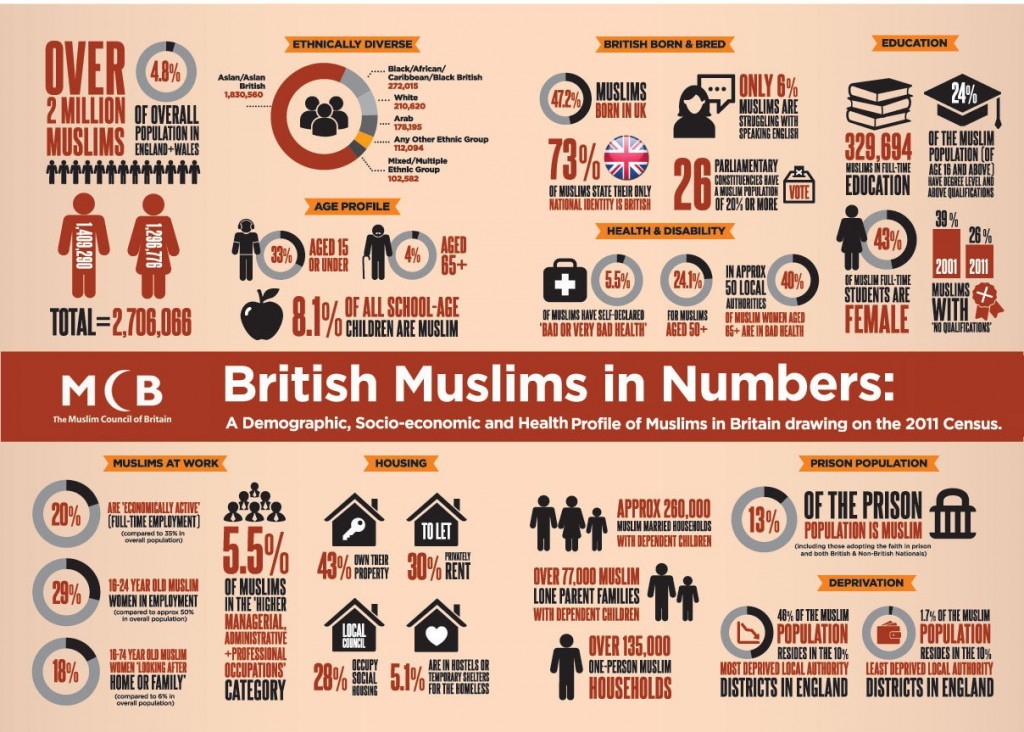