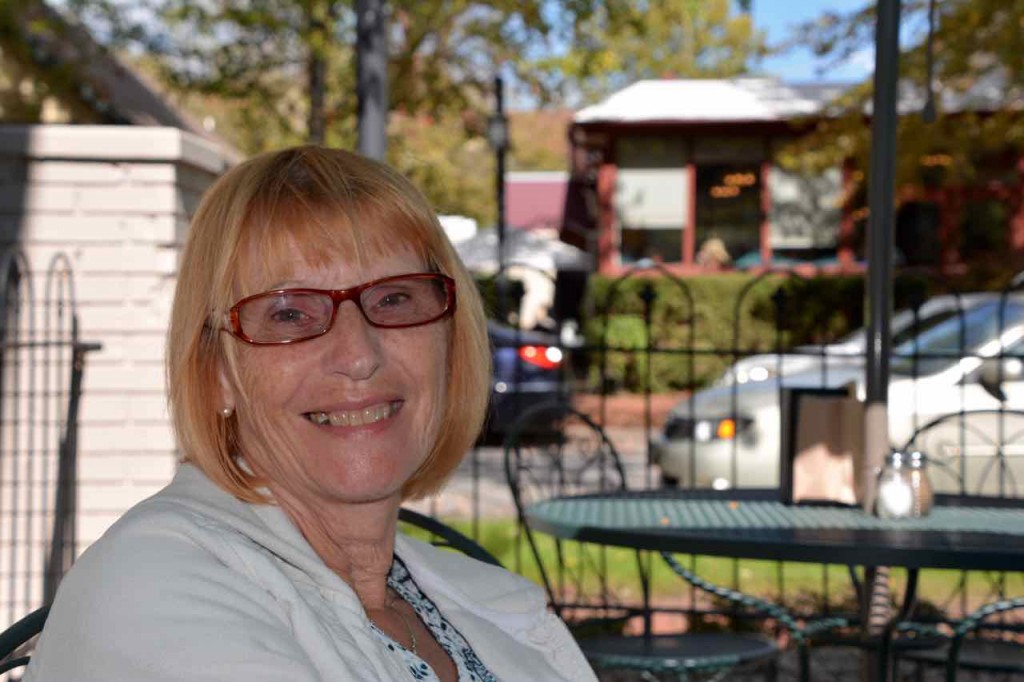 Wendy does lunch at Biltmore Village.

Lazy morning then we drive down to Biltimore Village for lunch. Pleasant stroll around. Amazing isn’t it, this place was built to house the workers who built and ran the Biltimore estate. Now it’s a real up market tourist attraction and all the original houses have been turned into expensive boutiques and cafes. There’s preservation orders and strict controls on any new buildings fitting in. 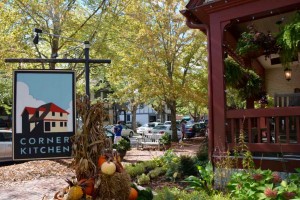 We were going up to Mount Mitchell but by the time Wendy finishes dining it’s getting too late.

Have a stroll down to Tomahawk lake before dinner.

Brassed off with the half-wits who have tried to write the BBC iPlayer software. It’s a national disgrace. More flaky than a Cadburys Flake baked in flaky pastry. They need to sack the lot of them and hand it over to Netflix programming team.

Sadly there’s no direct retribution available against these incompetents. I’d gladly feed them to the lions at a Saturday afternoon colosseum if we had one. Thankfully I can’t get my hands on a gun in the UK so it stops me being bought up before the beak for justifiable homicide. My last resort seems to be to stop paying my license fee to the BBC. Ironically this is now legal if I only watch streamed TV, which of course relies upon BBC iPlayer. Well despite that when I get home I’m disconnecting my Freesat and stopping paying anything to that band of nerdy incompetents. 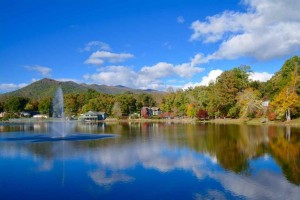 Why is this front page news? Why are we bothered? Why are the police wasting already stretched resources trying to locate them? If they want something to do investigate where they were radicalised and close it down.

Good riddance. Let’s get those Easyjet charters fired up ready for anyone else who wants a free flight to ISIS. Better them over there, openly against us, than some 5th column, lone wolf attackers. I hope we remember to take their UK citizenship off them – some hope! 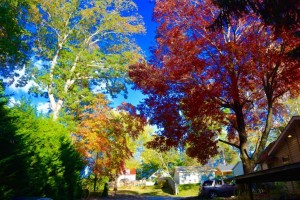 Drive down to Greenville to pick up our Hertz mobile from the airport.

Wendy wants to pass on a walk around the park there, she’s not dressed for it. Fortunately she is dressed for the Mall. Not too bad at least there’s an Apple store. Still no Apple TV or big iPad.

Try to do the BMW factory tour over at Spartenberg, but it’s full

Wendy drives the Hertz mobile and follows me home. 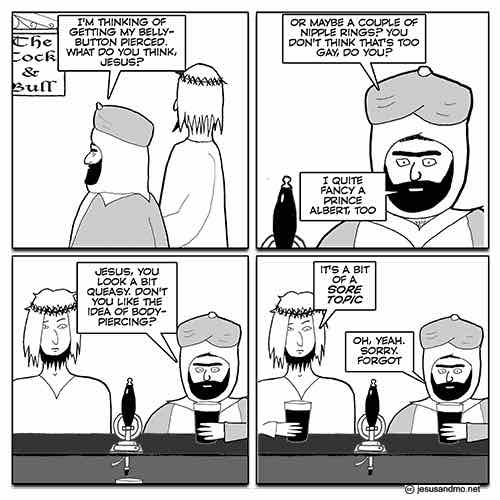 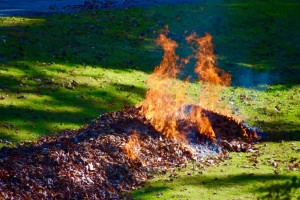 Time to clean up and pack up. Wendy does the house while I do the car.

What is it with leaf blowers? I’m sat in my rocking chair having a quiet afternoon cup of tea when all hell breaks loose. More noisy than them dam hells angels on their Harley’s. One of the locals obviously had a blower for his birthday and is out there blowing all the leaves off his lawn. But hey ho tomorrow the wind will come and spread them back again. It seems to be some sort of fetish over here, the local council even employ people to fight the wind. Hopefully Hynburn council don’t get wind of it – pardon the pun – or we’ll have a cast of thousands gainlessly employed in a similar exercise in futility. 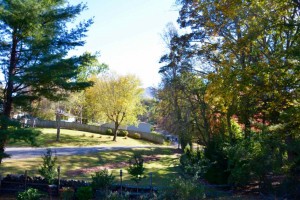 Now my Uncle Horace would have loved all those leaves. He’d have collected them up and composted them down.

After lunch we have a stroll down into Black Mountain and visit the supermarket for one last time. As usual walking risks live and limb as pavements are not universally adopted over here.

Religious rant of the day
Just typical, even in Canada, there really are too many dhimis:

When will they ever learn. 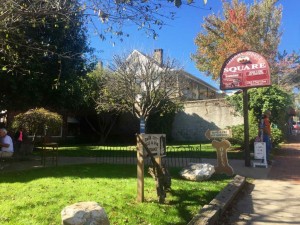 Up early, ready to set off.

Drive from Black Mountain, North Carolina to Charleston, West Virginia. Drive through 5 states – North Carolina, Tennessee, Virginia, Kentucky and West Virginia; avoid the Interstate, but good dual carriageway all the way; 350 miles; trees all the way. West Virginia’s a new state for us, hence the visit. We tried to find East Virginia but I think it disappeared like Atlantis!

A really pleasant drive. Seems we’re following multiple tourist trails, Danielle Boon trail; Music Trail; Hatfield McCoy trail. Call in at Pikeville for lunch and to visit the Hatfield McCoy site, it’s the only tourist attraction in this one lazy Turtle town and we can’t find it. 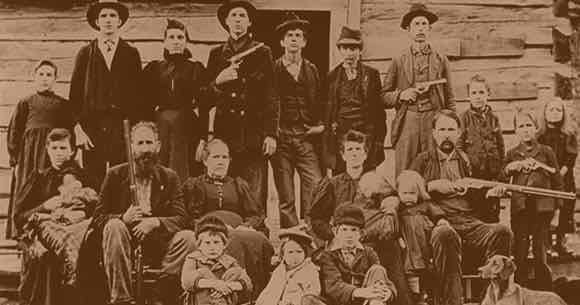 Hatfields and McCoys, two American Appalachian mountaineer families who, with their kinfolk and neighbours, engaged in a legendary feud that attracted nationwide attention in the 1880s and ’90s and prompted judicial and police actions, one of which drew an appeal up to the U.S. Supreme Court (1888).

The Hatfields were headed by William Anderson (“Devil Anse”) Hatfield (1839–1921), and the McCoys by Randolph (“Rand’l”) McCoy (1839?–1921), each of whom fathered 13 children (some sources claim 16 for McCoy). The families lived on opposite sides of a border stream, the Tug Fork—the McCoys in Pike county, Kentucky, and the Hatfields in Logan county (or Mingo county, formed from a portion of Logan county in 1895), West Virginia. Each had numerous kinfolk and allies in the respective counties in which they lived.

The origins of the feud are obscure. Some attribute it to hostilities formed during the American Civil War, in which the McCoys were Unionists and the Hatfields were Confederates, others to Rand’l McCoy’s belief that a Hatfield stole one of his hogs in 1878. However, although animosities had built up and occasional fights had broken out, the first major bloodletting did not occur until 1882, when Ellison Hatfield was mortally shot in a brawl with McCoys and, in revenge, the Hatfields kidnapped and executed three McCoy brothers—Tolbert, Phamer, and Randolph, Jr.

These murders sharpened the backwoods warfare, and thereafter Hatfields and McCoys repeatedly ambushed and killed one another.

After 6 hours on the road finally get to Charleston, WV. We’re booked in at a Sleep Inn. Very pleasant 2 room suite complete with full kitchen and breakfast for just $124.

Have dinner at the local “Family Restaurant” – Family = alcohol free. Great food but oh a beer would have gone down a treat. 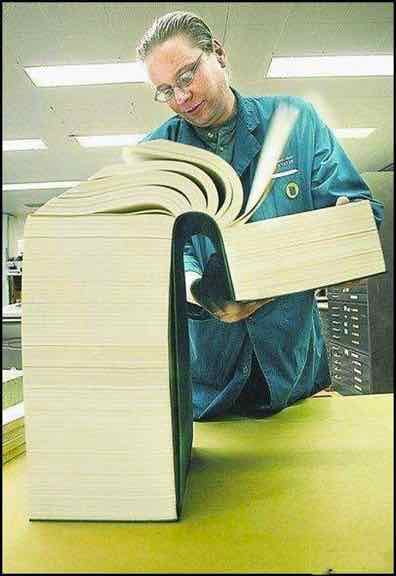 At last “How to Understand A Woman” is released in paperback. 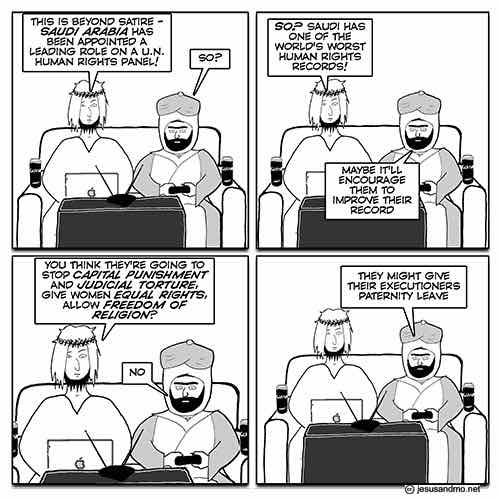