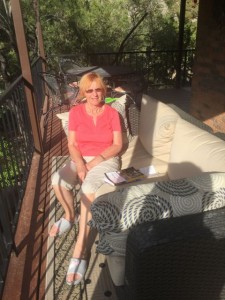 Afternoon tea on the balcony.

Well our body clocks seem to be shifting now as we don’t wake up until around 07:00.

Serious rain forecast for this afternoon so it’s a local bike ride for me this morning. Sadly get a puncture as tyre seems to develop an hernia and spills its guts out, so have a long walk back.

In the afternoon, much to Wendy’s delight we go to the “national Museum of Nuclear Science and History”. A collection of harbingers of death and destruction outside with planes and missiles, all capable of carrying nuclear weapons. Inside there’s artefacts to do with all things nuclear, from the Los Alamos Project; dropping the bomb on Japan; Nuclear reactors; nuclear medicine. Then there’s a limited array of scientific exhibits. Not that impressive really and one of the least imaginative science museums we’ve visited. Took Wendy about 15 minute to go round, I managed an hour. I think she was as bored as a nit on a bald head. 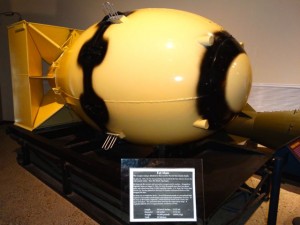 Meanwhile the storms really kicked in. As they say “It’s a luvly shade o’ black o’er t’mother-in-laws” and the heavens open up. Bizarre but most locals like the rain it quite rare. Come and live in Belthorn for a few months that would soon cure them.

Pass Costco on the way back so who can resist a visit, it would be a sin not to. Not got our cards but they’re very obliging and issue us a temporary pass.

Back home for afternoon tea and some work. Manage to get in a couple of hours consulting and SQL’ing in Glasgow, ain’t technology marvellous.

Oh I forgot to mention the highlight of our 9 hour flight. Joy. We’re sat in front of 6 Afro Caribbean women who must have won a UK gob factor competition, and probably heading for the Miss Gobby World contest. Loud, I’m surprised the pilot didn’t come and complain; normal head phones were a waste; I doubt even noise cancellors would drown them out. Incessant. 8 hours of non stop mindless drivel. More rattle than a treacle tin full o marbles. I’m sure the 6 of them didn’t even have a combined IQ that tops a 100. On landing they all burst out clapping and then thanked the Lord for delivering them safely. 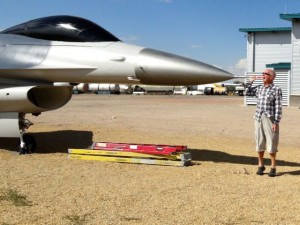 Now thats what I call a toothpick and it can deliver an atomic bomb too.

Meanwhile some more highlights from the late George Carlin:

Those who dance are considered insane by those who cannot hear the music.

Let me get a sip of water here…you figure this stuff is safe to drink? Actually, I don’t care, I drink it anyway. You know why? Because I’m an American and I expect a little cancer in my food and water. I’m a loyal American and I’m not happy unless I let government and industry poison me a little bit every day. 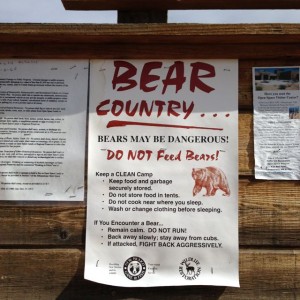 Ready for a stroll in bear country. Dam me, so I can’t feed them some Black Forest gateaux!

One thing I’d always been led to believe, don’t know where from, was that America warned the Japanese government to surrender before dropping the bomb on Hiroshima. Apparently that’s not quite the case according to one of the exhibits in the museum. Prior to dropping the bomb an Interim committee was set up and one of it’s recommendations was not to give warning.

It would seem that the Potsdam agreement did warn of “the inevitable and complete destruction…….”, but no mention was made of a new atomic bomb weapon. There’s also some controversy about whether leaflets were dropped warning the civilian population, but these may have been after the first bomb on Hiroshima.

Not quite as Lilly white and humane as it has been portrayed. 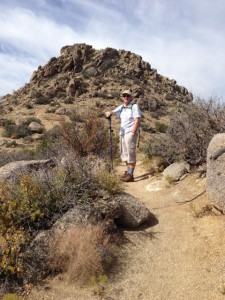 Stroll in the hill behind our home exchange.

Trip down to Up Town. Lovely high class shopping area. What a surpass the first place we come across is an Apple Store, what a coincidence. Followed by a Starbucks. Then sadly it’s across the road to a big shopping Mall – I abandon hope. Time to be heading home me thinks.

A retail therapy day. With some consultancy work late afternoon.

I have certain rules I live by. My first rule: I don’t believe anything the government tells me. […] I look at war a little bit differently. To me, war is a lot of prick-waving! OK? Simple thing. That’s all it is. War is a whole lot of men standing out on a field waving their pricks at one another. Men are insecure about the size of their dicks, and so they have to kill one another over the idea. That’s what all that asshole jock bullshit is all about. That’s what all that adolescent, macho, male posturing and strutting in bars and locker rooms is all about. It’s called “dick fear!” Men are terrified that their pricks are inadequate and so they have to compete with one another, to feel better about themselves, and since war is the ultimate competition, basically, men are killing each other in order to improve their self-esteem! You don’t have to be a historian or a political scientist to see the bigger-dick foreign policy at work. It sounds like this: “What, they have bigger dicks? Bomb them!” And of course, the bombs and the rockets and the bullets are all shaped like dicks. It’s a subconscious need to project the penis into other people’s affairs. It’s called “fucking with people!” 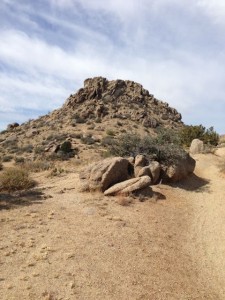 If it’s true that our species is alone in the universe, then I’d have to say that the universe aimed rather low and settled for very little.

What is it with all these big stores. Not a sign anywhere. I wonder why? A more cynical person might think the Mandarins in the Marketing department have done it on purpose to force you to explore the store.
Wednesday – hot and sunny.

Possibility of rain so we decide to go down to Downtown. Have a drive around. Not inspiring. Guess we won’t be going back again. 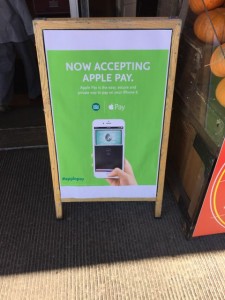 On the way back Wendy remembers that there’s Wholefood stores – must think I’m made of money. It just so happens to be around the corner from her memory moment. Wow, they’re using Apple Pay. How neat is that. I’m orgasmic. Mind you at Wholefoods you need something like Apple Pay or a wheel barrow full of dollars. After years of waiting, NFC payment finally comes to fruition on the iPhone along with the security of finger print recognition. Awesome. Goodbye cash. Goodbye 14 different credit cards. Goodbye cheques and the long queues they invoke.

After a lazy lunch we go for a stroll around the hills behind our home. It’s bear country. Thankfully there’s a sign warning us and telling us not to feed them. Thank Chione for that, I’m sure if I hadn’t read that I’d have been trying to hand feed one with some Black Forest Gateaux. It does make you worry about Americans bureaucracy view on the average intelligence of Americans! 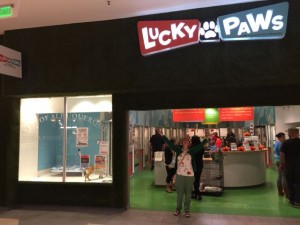 Adopt a dog store in the main shopping mall. Neat.

Book cars and hotels for Taos and Big Bend. What is it with American call centres. When you read something out for them and pause for confirmation, they just remain silent. 1234, pause, silence for ten minutes. No feedback.

Name me a leader who has a better idea for homeland security than making us take off our shoes in airports and throw away our shampoo? 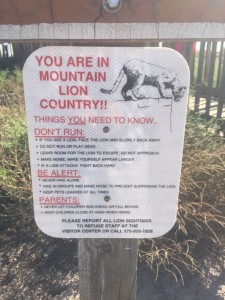 Yesterday was bear country, today we’re at Bosque del Apache National Wildlife Reserve. An 80 mile drive South. Yes, it’s birdwatching and in Mountain Lion country. One spotted yesterday but we had no such luck today. Mind you we were rewarded with sittings of a Bald Eagle, several Northern Harriers, Sandhill cranes and Black Phoebe. But alas no road runner. Gawking through binoculars at unidentified flying objects is definitely an age thing.

A lovely wildlife area. Free entry with our annual National Park pass. A long way but worth it. 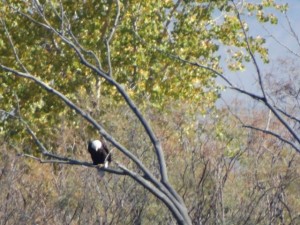 That’s a Bald Eagle. Perhaps it’s a plastic one.

Call in at the small town of Socorro for a coffee and a shifty around. Well someone said it was a poor area. The majority of the main town seems to be taken up with court house and justice system.

On the way back we call in Wholefoods for our tea. They do some awesome foods. I have a made to measure burrito, just like Subway for Burritos. Awesome with double helping of Halepenos. And it just so happens I’ve managed to set myself up on Apple Pay so can pay for it all with my iPhone.

You’ll no doubt be pleased to know that Wendy’s trip to the Nuclear Museum wasn’t a complete waste of time and money. No today she revealed that Brazil nuts and Red Bricks have a high level of radioactivity – now that’s really useful.

Saying whatever you god-damn wanna say, and expressing your opinions, and not giving a shit if a spineless minority deems it “offensive.

Pissing people off by telling the truth 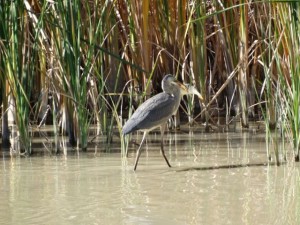 Just caught his lunch and off to scoff it.

Has anyone noticed the power of “you” when uttered from the female mouth. Every time there’s some issue. Wendy’s retort always seems to include the accusitorial word “you”, with ah but “you said”, “you did”, “you….”. It always seems to come down to me.
Friday – hot and sunny.

Set off for a bike ride down Tramway to the Sandia Tramway station and back.

Amazing isn’t it there’s an awesome cycle path, really lovely yet you still get cyclists on the main road.

Well that 22 mile ride has blown the cobwebs out. Calories burnt = 3 bottles of wine or 18 bottles of beer. It’s going to be a good night. 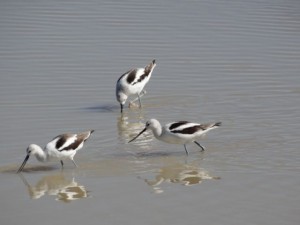 Menage a trois. Couldn’t quite capture them in a row.

After lunch we have a stroll, in the sunshine, down to the local supermarket and back. No pavement, so you have to walk down the road, definitely un-American. Mind you everyone waves as they pass in their cars. Probably either feel sorry for us as poor typos or are about to phone the police to report some vagrants. No one walks here. A good hours walk with a stop off for a Starbucks at Wendy’s insistence. 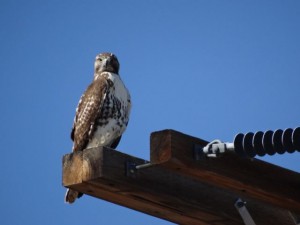 Just love George Carlin and came across this somewhat dated Youtube.
What is it with tattoos. Flowers, pictures, animals and especially naked ladies I can understand. But these silly wenches who have a chapter from a book tattooed on them I fail to comprehend. Are they so bad at sex that they need to provide their partners with something to read to a relive the boredom. 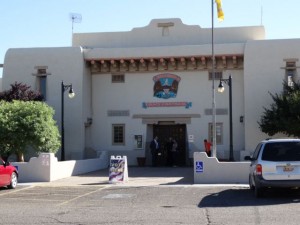 One of the many benefits of our home exchange is that we have on call private security guards in case of a problem. Just call and they come running all tooled up. Hmmm.., tooled up minimum wage security guards sounds like a NRA nightmare scenario from Dante’s Inferno. But on the plus side they are trained in first aid, so if they accidentally shoot you there’s a slim chance they can resuscitate you.