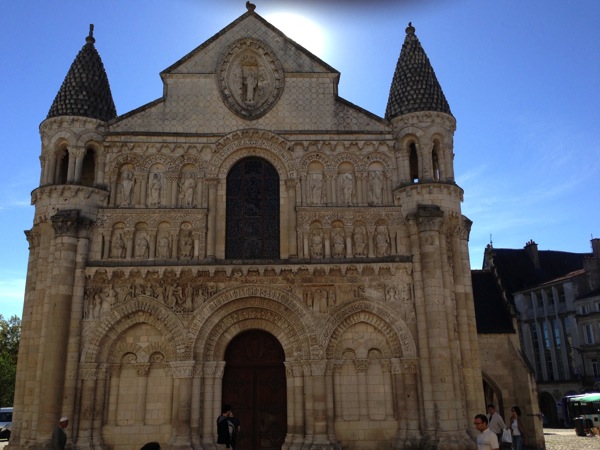 We get that Deja Vue feeling. Yes’ we’ve been there before.Mind you last time it resembled a major building site at least now all the works finished. Thankfully the shoe shop has sold the shoes Wendy tried to buy last time. Only 2 years ago.

Pleasant amble around. Then it’s coffee and people watching by the main church. Nothing funnier than all these doxies in high heels tottering along the cobble stone square. It’s a wonder they don’t keck ore. Mad as a box of frogs – pardon the expression.

Who said it? “….it’s mainstream Britain which needs to integrate more with the British Asian way of life, not the other way around.”

It was none other than David Cameron in the Observer 13 may 2007.  I thought he had more oil int can. But he’s a politician what can you expect.

In case anyone is confused about Muslim Brotherhood’s aims, here it is in its own words: 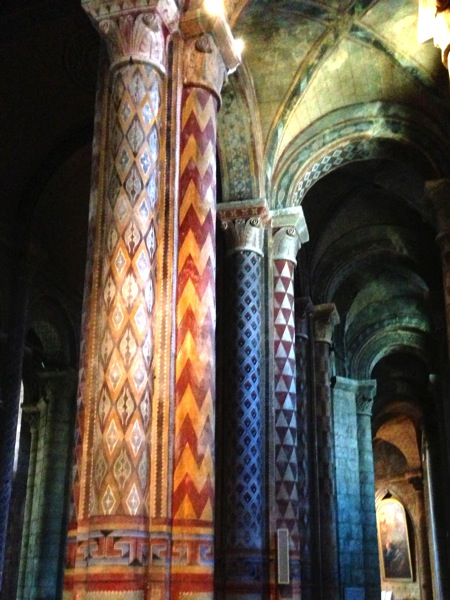 “The process of settlement is a ‘Civilization-Jihadist Process’ with all the word means. The Ikhwan [Muslim Brotherhood] must understand that their work in America is a kind of grand jihad in eliminating and destroying the Western civilization from within and “sabotaging” its miserable house by their hands and the hands of the believers so that it is eliminated and God’s religion is made victorious over all other religions.”

Why did the French celebrate their World Cup Championship in 2000 so wildly? It was their first time they won anything without the help of the U.S.

What’s the difference between 1943 and 2003? This time around, the Vichy government is telling the German puppets what to do.

Q. Why do the french call their fighter the *Mirage*? A. Because it doesn’t really exist.

Q. Why don’t the French eat M&M candies? A. They’re too hard to peel.

Going to war without the French on your side is like going hunting without an accordion.

Wednesday – too hot and sunny. 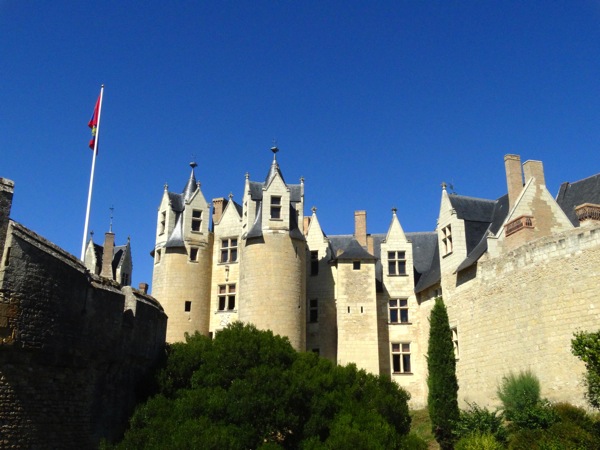 Drive over to Montreuil Bellay in the heart of the valley of Kings. Lovely little town with picturesque chateau, but doesn’t seem worth E9 each, so we’ll save our pension until we encounter a more spectacular one. have to get our one dose of French culture each year. Stopped in the villages square for coffee but after waiting 15 minutes to even get served we voted with our feet – just a typical example of crap French service. The waitress had no idea although I suspect she was ignoring us because they didn’t want to have to serve a full meal at 13:45 – nearly time to pack up.

95 F outside and over a 100 in the caravan. Perhaps it’s time to think about a portable air conditioner.

How’s this for crazy:

Plane insane: man wraps himself in a plastic sheet to preserve his purity while flying over a graveyard. Apparently the man is a Kohein, a religious descendant of the priests of ancient Israel, who are banned from flying over cemeteries. In orthodox and Conservative communities, Kohanim, plural of Kohein are expected to abstain from coming in contact with the dead, which includes a prohibition on visiting cemeteries except for the funerals of close relatives.

Members of the Kohein wrap themselves in plastic bags as a compromise measure. 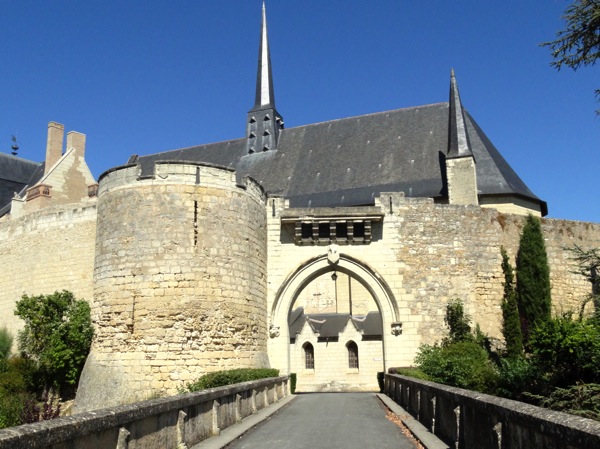 Some flights also go to great lengths to take specific paths to avoid cemeteries. Passengers can also be made aware in advance if a body will be aboard the plane in cargo.
Despite what could be seen as a solution, albeit unusual, flights have been delayed or turned around because they refused to carry the passenger wrapped in a bag out of safety concerns.
Even if they can be secured by a seat belt, the passengers wouldn’t be able to reach an oxygen mask or quickly escape the plane in the event of an emergency.
There is also is the question of how they can breathe. Pre-punched holes in the plastic are said to invalidate the barrier, according to Jewish newspaper YatedNe’eman.

It takes all sorts and its good to have a it of balance and see that it’s not just the religion of peace that has a monopoly on freaky behaviour. Can you imagine having a rational argument with one of these geezers. Perhaps a great subject for a Pat Condell rant or a Dawkins debate.

You really do have to hand it to the French…After all, they won’t fight for it.

Q. How many Frenchmen does it take to screw in a lightbulb? A. All of them: One to screw the bulb in, the rest to brag about how great the French are at screwing.

Why do we need France on our side against Assad? So the French can show them how to surrender.

Thursday – too hot and sunny to even venture out. 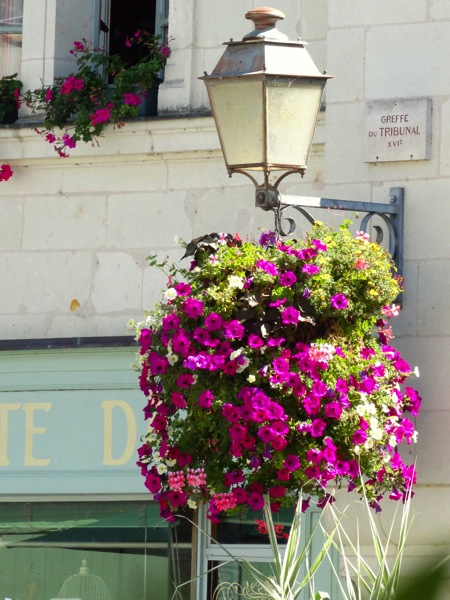 Lazy day around the caravan hiding in the shade.

India’s leading Islamic seminary, the Darul Uloom, has issued a fatwa declaring that watching cartoons on television is un-Islamic, and a violation of sharia law.
Senior cleric Mufti Arif Quasmi explained the ruling by saying:

A cartoon is a picture. Besides, it is not for the children. It should not be watched.

Some are not happy with the ruling. All India Shia Muslim Personal Law Board convenor Maulana Yasoob Abbas said the Darul Uloom was misleading Muslims and handing out fatwas on anything and everything, making a mockery of Islam . He said that the Islamic seminary had brought a bad name to it by giving out irresponsible and impracticable fatwas.

He’s not alone in making a mockery of Islam, there’s plenty of competition and it offer a fertile range of opportunities. Perhaps they should have the Muslim Oscars, there could be awards in categories such as “Most ludicrous fatwas”, “Most revolting act of terrorism”, “Cruellest stoning”, “Cruellest punishment doled out”, “Best riot”, “Best punishment for dishonouring the family” and “Best overall attack on other religions”. Prizes could consist of a Golden Stone of the optimum size for the perfect stoning.

Supermarkets. Yes, that’s today chunner and rant. Being somewhat of an aficionado I thought I’d give a few vital tips to surviving the French ones and especially the checkout. 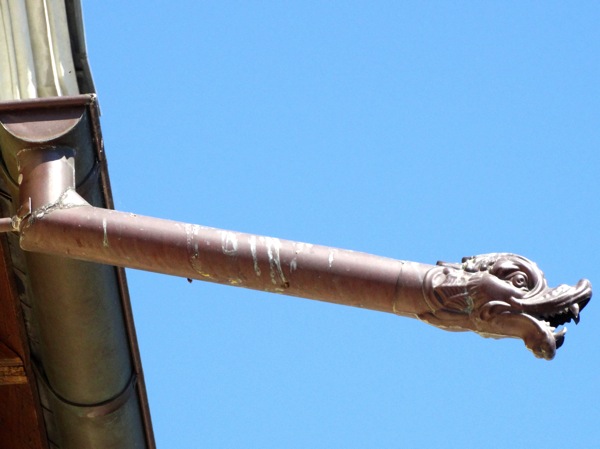 Smell – avoid SuperU and be wary of InterMarche. They both seem to use an exquisite floor cleaner, with a bouquet of raw sewage. specially developed for them by some noseless perfumer. A sure fired way to make you regurgitate your breakfast.

Cheques – avoid any checkout queue that has signs of shopper with cheque books, even if they seem to be writing the cheque already, don’t be fooled. They all seem to be budding Tolstoys and manage to write war and peace on such a small innocuous piece of paper. Sadly they’ve not been banned. It seems that France has only just got around to banning bartering garden produce at the checkout.

Discount vouchers – avoid any queue with shoppers waving these around. They’re 10 times slower than cheques and require the checkout assistant to read the weasel words. And inevitably shoppers will have at least 10 of them, each one needs reading and signing and crossing and filing.

Cleaning – any sign of checkout assistant with duster or spray cleaner is a recipe for an overnight stay as she (yes they’re always she’s) languidly cleans her scanner and conveyor. NO RUSH LOVE. JUST TAKE YOUR TIME. THESE 74 PEOPLE IN THIS QUEUE HAVING NOTHING PRESSING TO DO.

Greetings – don’t expect to be greeted. Certainly no need for extended cheek kissing, mind you would you really want your cheeks scraped with a harsh moustache? At the cheaper ones not even a Bonjour, and certainly no smile. I have to say that Carrefour and occasionally Eleclerc will extend a Bonjour Monsieur et Madame if it’s sunny. 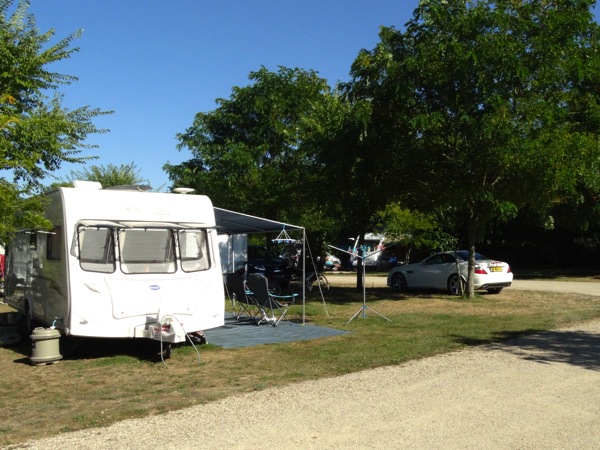 Smiling is definitely to be avoided by all concerned – it’s just so un-French.

Packers / carrier bags – now you’re having a laugh. Not a cat in hells chance. They wouldn’t even understand the concept of assisting you with your packing. Having your shopping wheeled out to the car, as in America, you’ve more chance of a Taliban with Marigolds on in a kitchen. Carrier bags banned. So bring your own and just to show how much they think of their “Customer” they’ll probably want to search them.

Lidl – yes they may be cheap but try and and find a checkout assistant. Long queues are mandatory.

Opening times – closed for the sacred lunch of course, no concept of staggered lunch times, except for the Hyper Markets. Sunday opening, forget it, no chance. Country must be full of religious fruitcakes. But given the speed of service in most restaurants you can appreciate why they close for 3 hours for lunch.

Three guys, an Englishman, a Frenchman and an American are out walking along the beach together one day. They come across a lantern and a genie pops out of it. “I will give you each one wish, ” says the genie. The American says, “I am a farmer, my dad was a farmer, and my son will also farm. I want the land to be forever fertile in America.” With a blink of the genie’s eye, ‘FOOM’ – the land in America was forever made fertile for farming. The Frenchman was amazed, so he said, “I want a wall around France, so that no one can come into our precious country.” Again, with a blink of the Genie’s eye, ‘POOF’ – there was a huge wall around France. The Englishman asks, “I’m very curious. Please tell me more about this wall. The Genie explains, “Well, it’s about 150 feet high, 50 feet thick and nothing can get in or out.” The Englishman says, “Fill it up with water.”