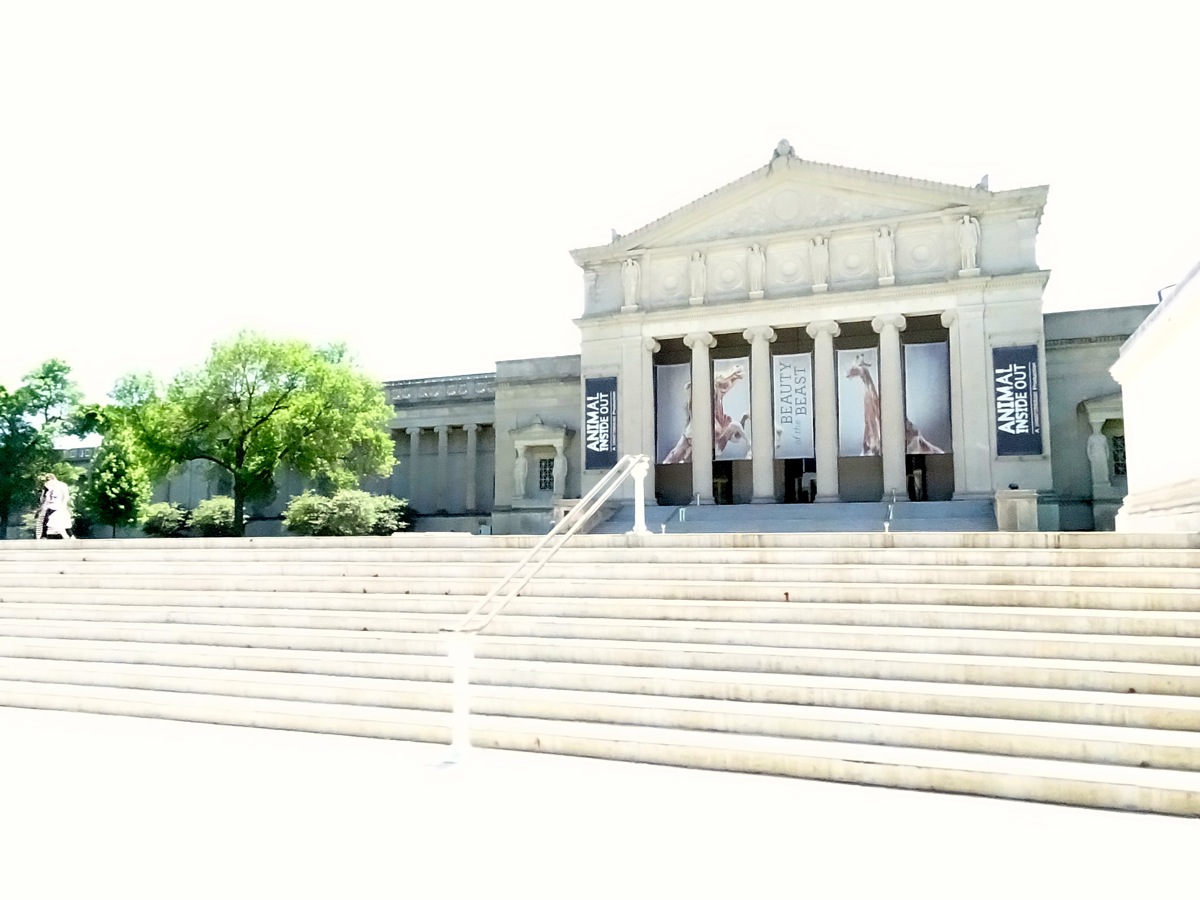 Up and off down to the Science Museum, on the bus no less. As you would expect it has to have a superlative – biggest in the Western Hemisphere.

Yes it is big. 4 floors and it is the best we’ve ever been to. So many things to see and do. There a full size Pullman train and carriages; steam locomotive; German Uboat; Coal Mine. Lots of demonstrations also. The best was how to isolate / see your DNA, using just things you’d have in the kitchen. We only had 4 hours 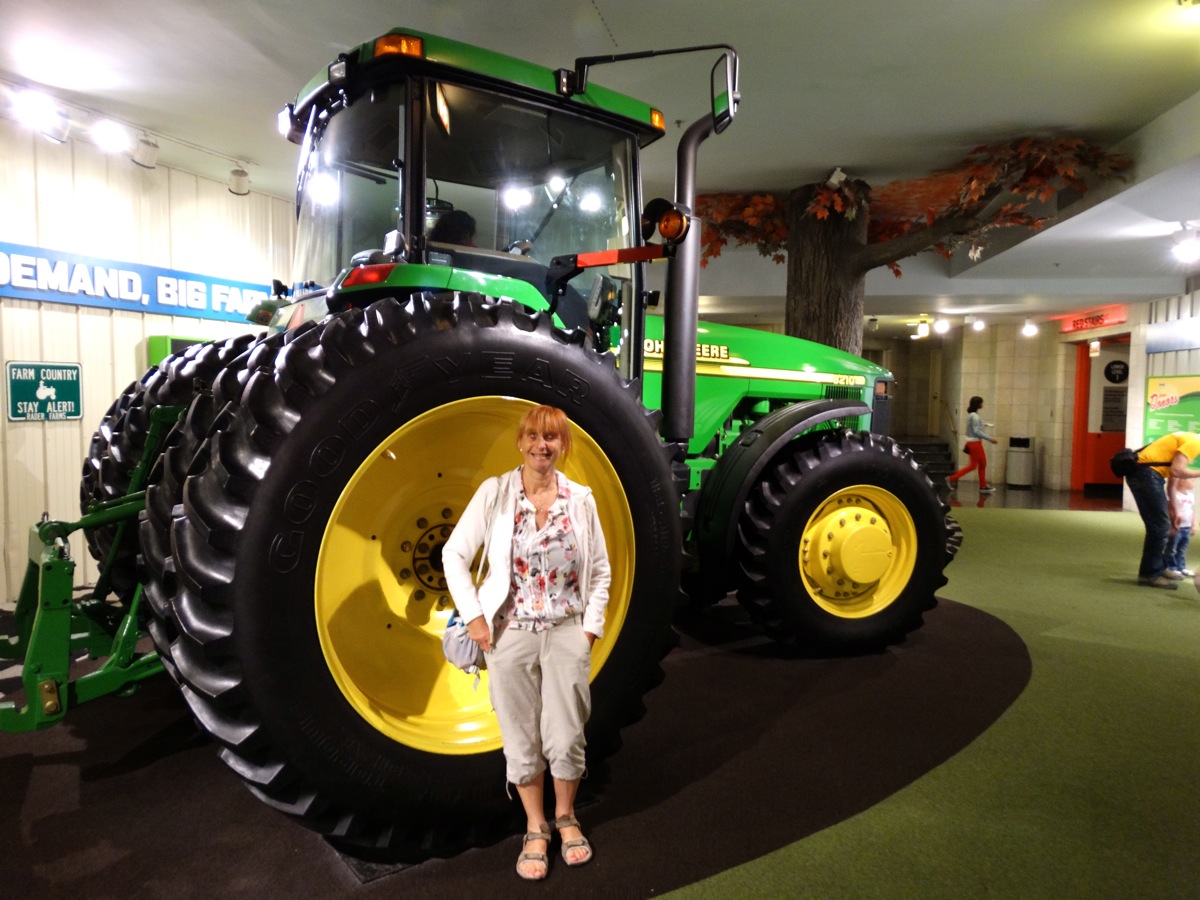 there. Should have got there first thing as you need at least a day. Only down side was that quite a few of the bigger exhibits such as UBoat Tour; Coal Mine; Inside Animals were chargeable extras – typical greed.

Then on the way home we call in at “Standing Room Only” to pick up my dinner. Yes’ it’s another Chicago culinary speciality, hot dog complete with all the trimmings and mustard – apparently never with ketchup. OK but nothing 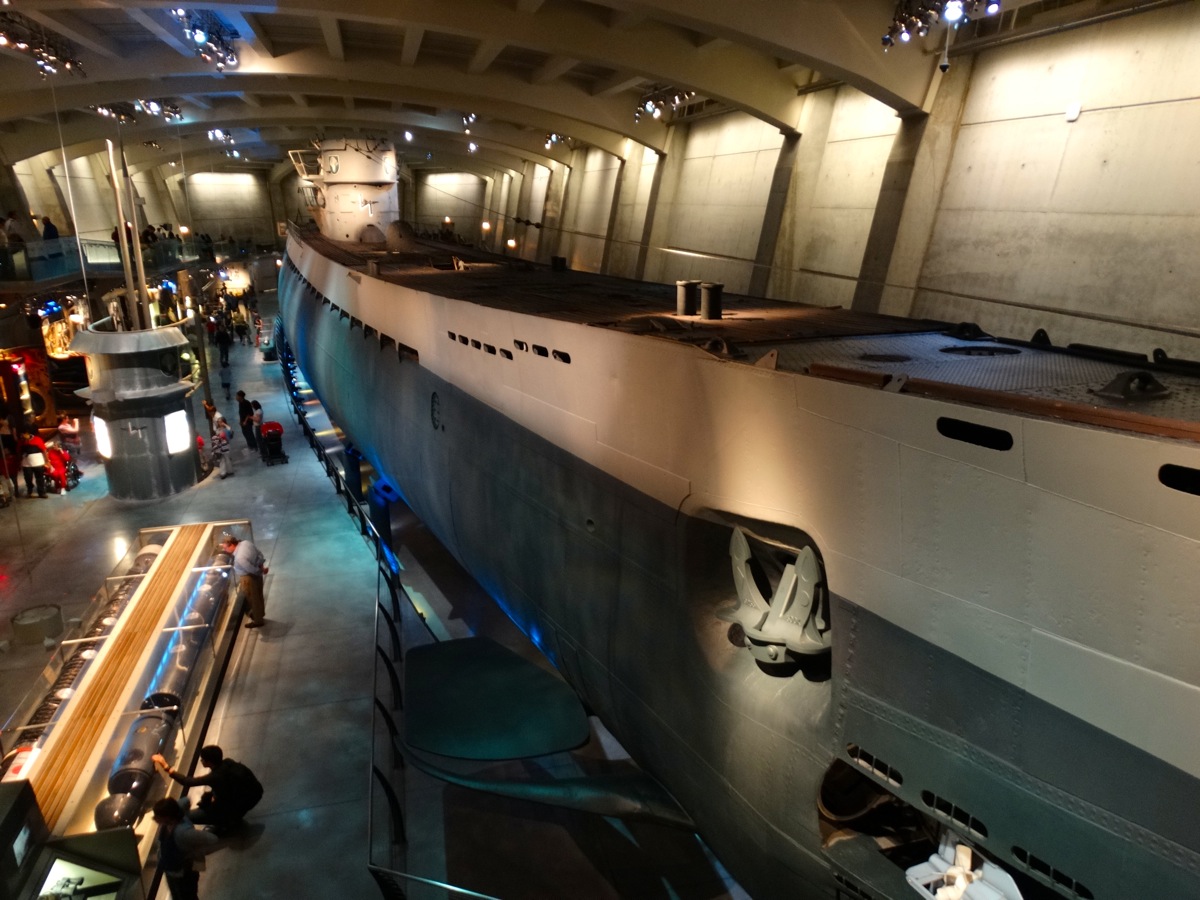 Driving in America – the good and the mad:

Good – nearly all cars are automatic, apart from the one I’m currently loaning. Yes I know most Brits think it’s unmanly and sissy to drive an automatic, but get over it why have the bother? We don’t need to double de clutch; advance and retard the spark; control manual chokes. Oh yes I forgot a manual gives you control – balderdash. Roll on the day when a computer does the job for us and we just punch in the co-ordinates.

Good – right turn on red at traffic lights. Makes sense. A tad un-nerving and you have to remember to do it otherwise you get horn blasted.

Bad – signs saying you can’t turn on red. They can be easy to miss. Especially if they’re behind you! 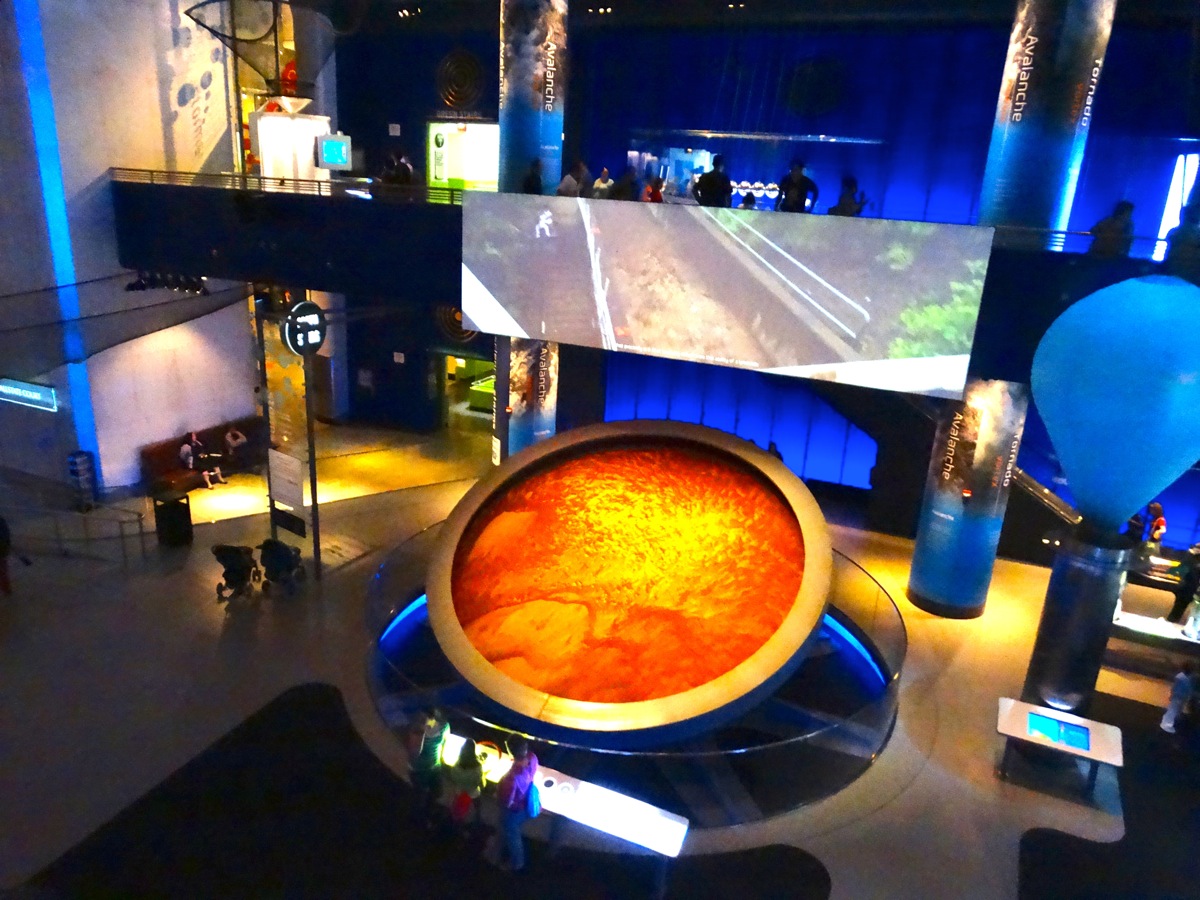 Mad – Chicago seems to delight in putting bus stops at traffic lights. Good for the poor lazy mites, stops them having to use their legs. But in such a busy city creates even more traffic chaos.

Bad – stop signs. I never know how many ways they are. Then you have to remember who came 1st, 2nd, 3rd etc. But the mad ones are having stop signs on the main road for a road joining from the side – priorite adroit. 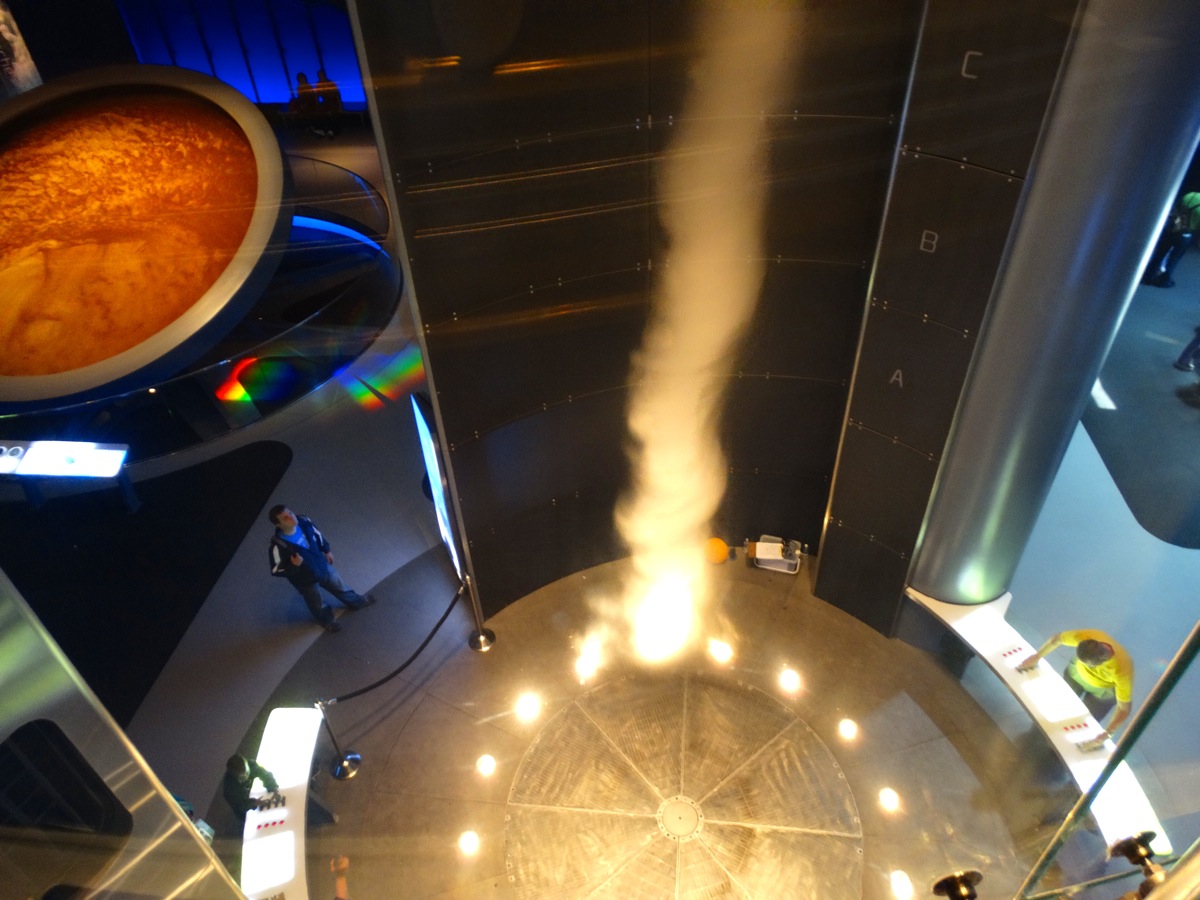 Good – pull out or slow down when passing vehicle on the hard shoulder. Although I wonder how many more accidents are created by pulling out.

Good – undertaking, no not the funeral kind. Again a bit un-nerving but on a 6 lane highway probably makes sense.

It is illegal to read persons palms in the city limits.

Any hotel in the city limits must have a water bucket and a hitching post in front of the building.

The fire department is required to practice fire fighting for fifteen minutes before attending a fire. 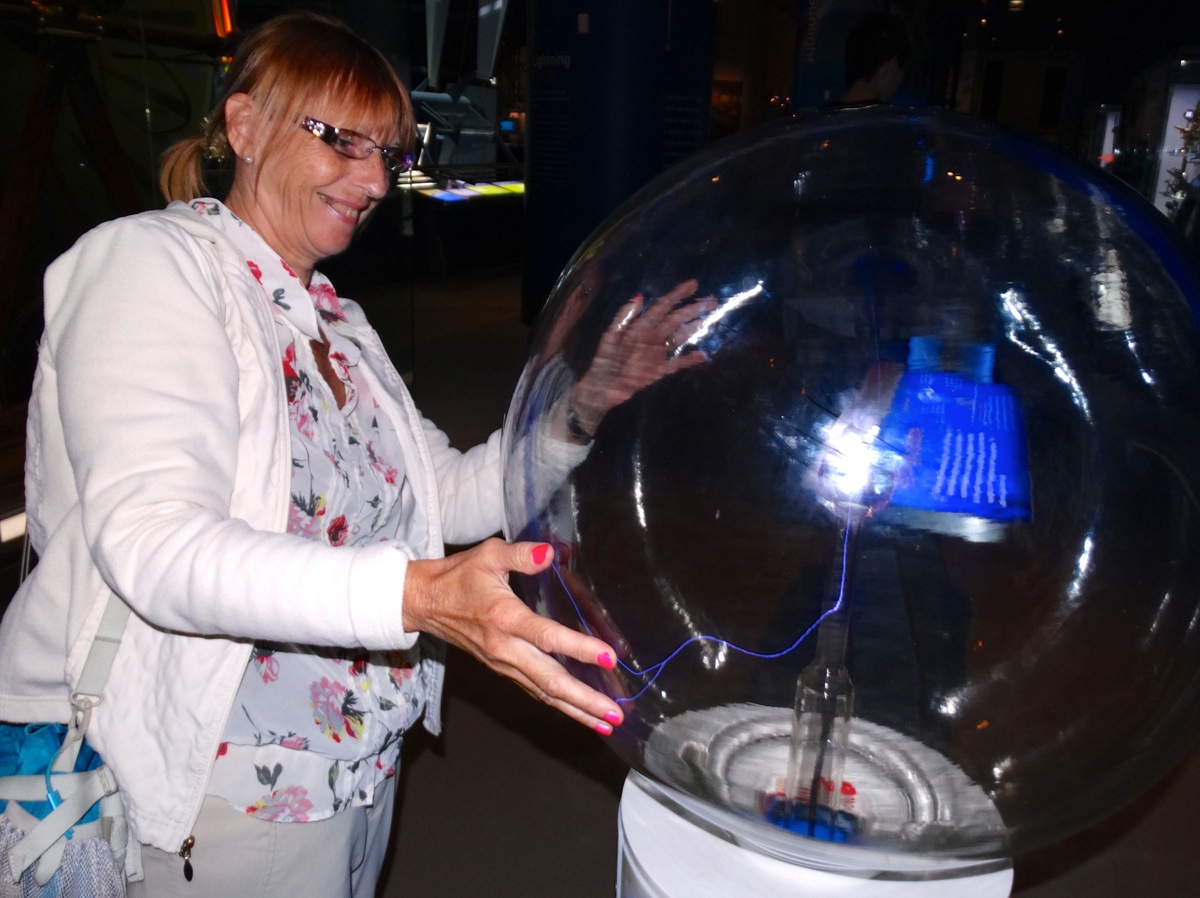 The “Ice Cream Man” and his truck are banned.

A poll conducted by the research bureau of Maurice de Hond (the Dutch equivalent of Gallup), commissioned by the PVV, among a representative sample of over 1,900 people in Holland reveals that:

More than three quarters of the Dutch (77 percent) believe that Islam is no enrichment for our country. More than two-thirds – 68 percent – say that there is enough Islam in the Netherlands. It is striking that a majority of voters from all political parties (from PVV to VVD, CDA, D66, PvdA, SP and 50plus) share this view. 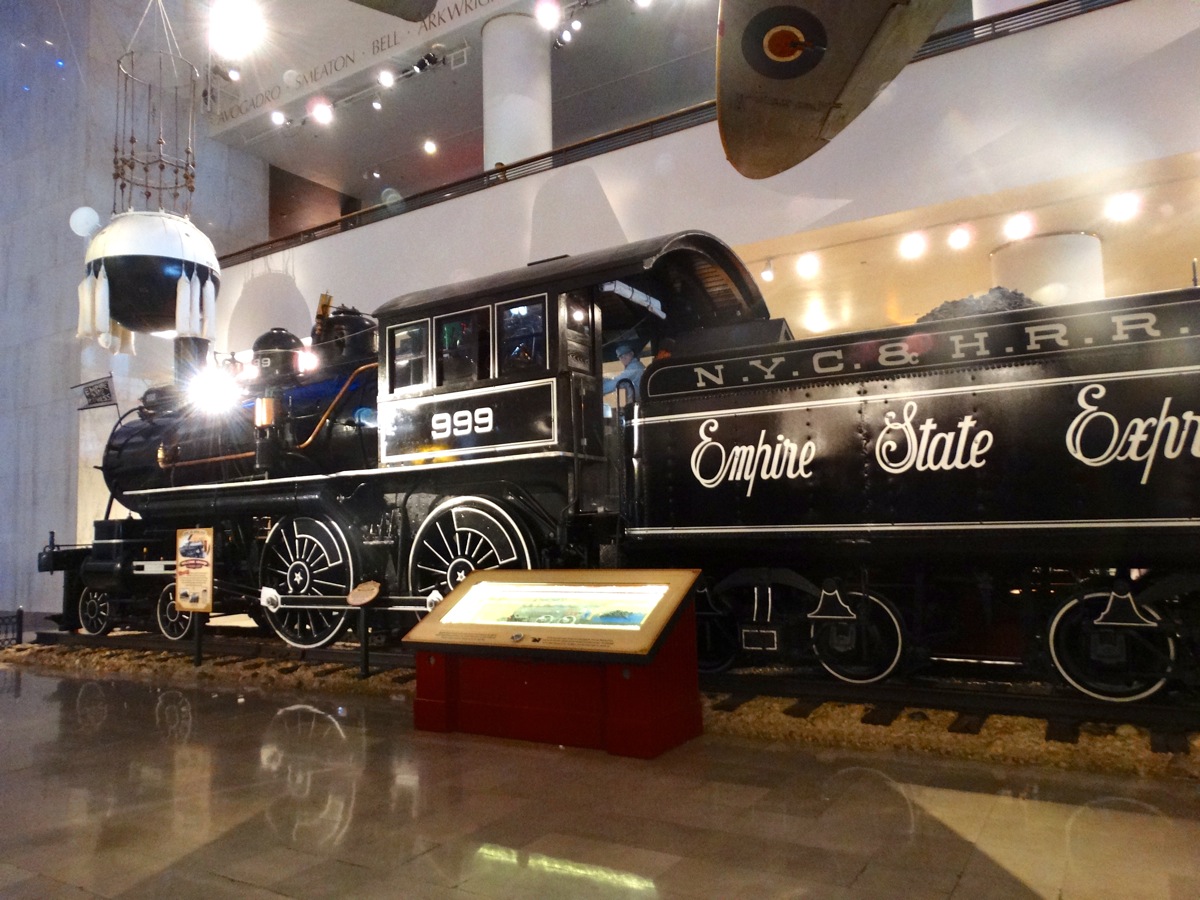 A majority of 55 percent favours stopping immigration from Islamic countries

72 percent favor a constitutional ban on Sharia law in the Netherlands.

64 percent say that the arrival of immigrants from Islamic countries has not been beneficial to the Netherlands.

Nearly three-quarters – 73 percent – of all Dutch see a relationship between Islam and the recent terror acts in Boston, London and Paris.

Perhaps Gallup should conduct a similar poll in the UK. Remember we’re one of the World most 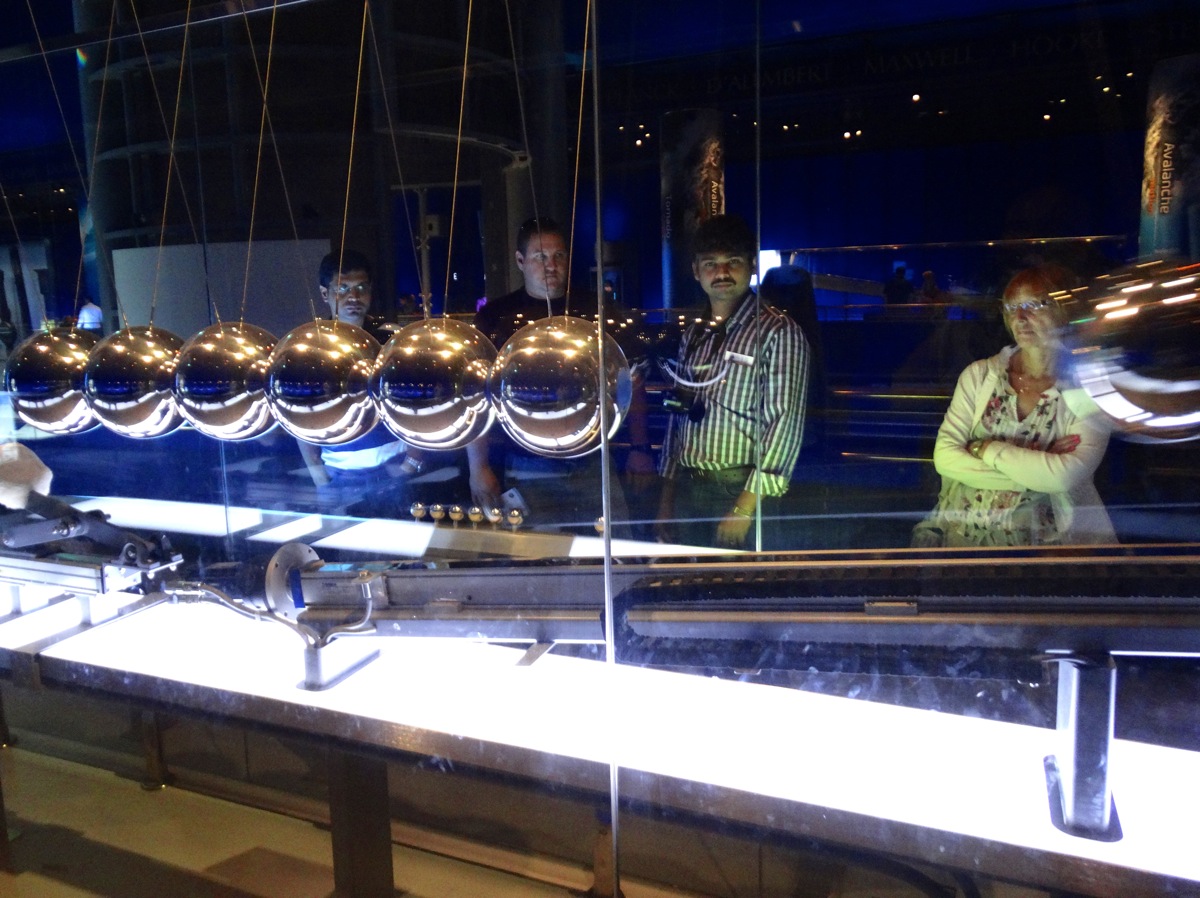 acially tolerant countries. For a long time is has been claimed that anti-Islamic opinions are extremist. It is clear now that a majority of Dutch people supports them!

Wendy wants to buy a Patchwork quilt for Jasper and after weeks of searching and phone calls has found a yuppie shop in North Chicago that sells them. So it’s a ride on the Brown line around the loop, on a train that looks like a childs toy train, set on a noisy overhead track – amazed it doesn’t come off as it snakes around corners with screaming wheels. Finally find the shop and after opening up every quilt in the shop, deliberating for what seemed like hours she finally settles on one. Thank Zeus for that, at last! 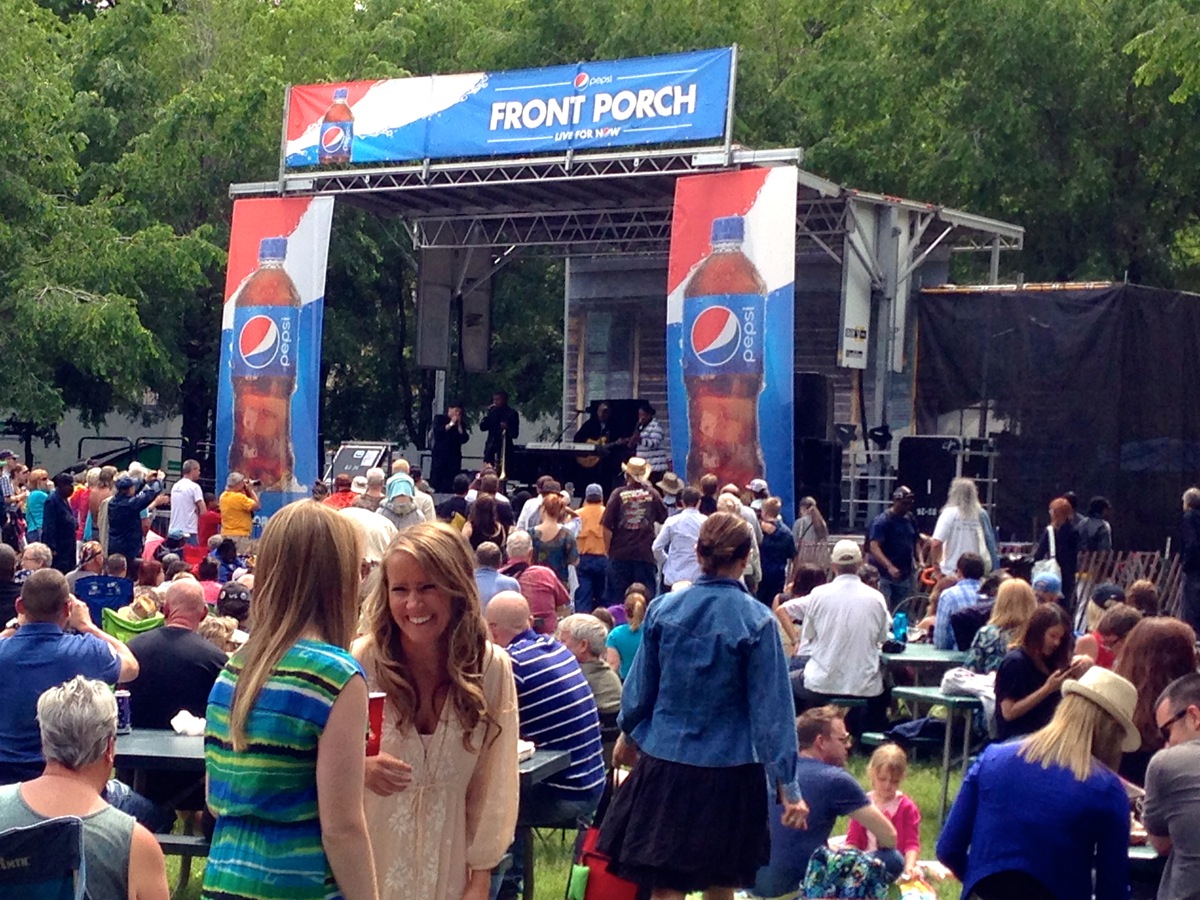 Then it’s squealing train back to Adams to go to the Blues Festival and have our lavish picnic on the lawn sat on our stylish bin liners. The place is buzzing and there’s about 4 different bands on various temporary stages. People have bought their chairs, giant coolers, tables and of course plenty of booze. All for free and everyone having a great time. Good having so many bands on but it seems a shame that the two main stages with plenty of comfortable seating are not in use for any of them, would have been so much nicer to sit in comfort.

Then we head back and call in at the Literary Festival that’s on for two days in our neighbourhood. Again another free Festival. Food for sale; drinks and a live group. As you would 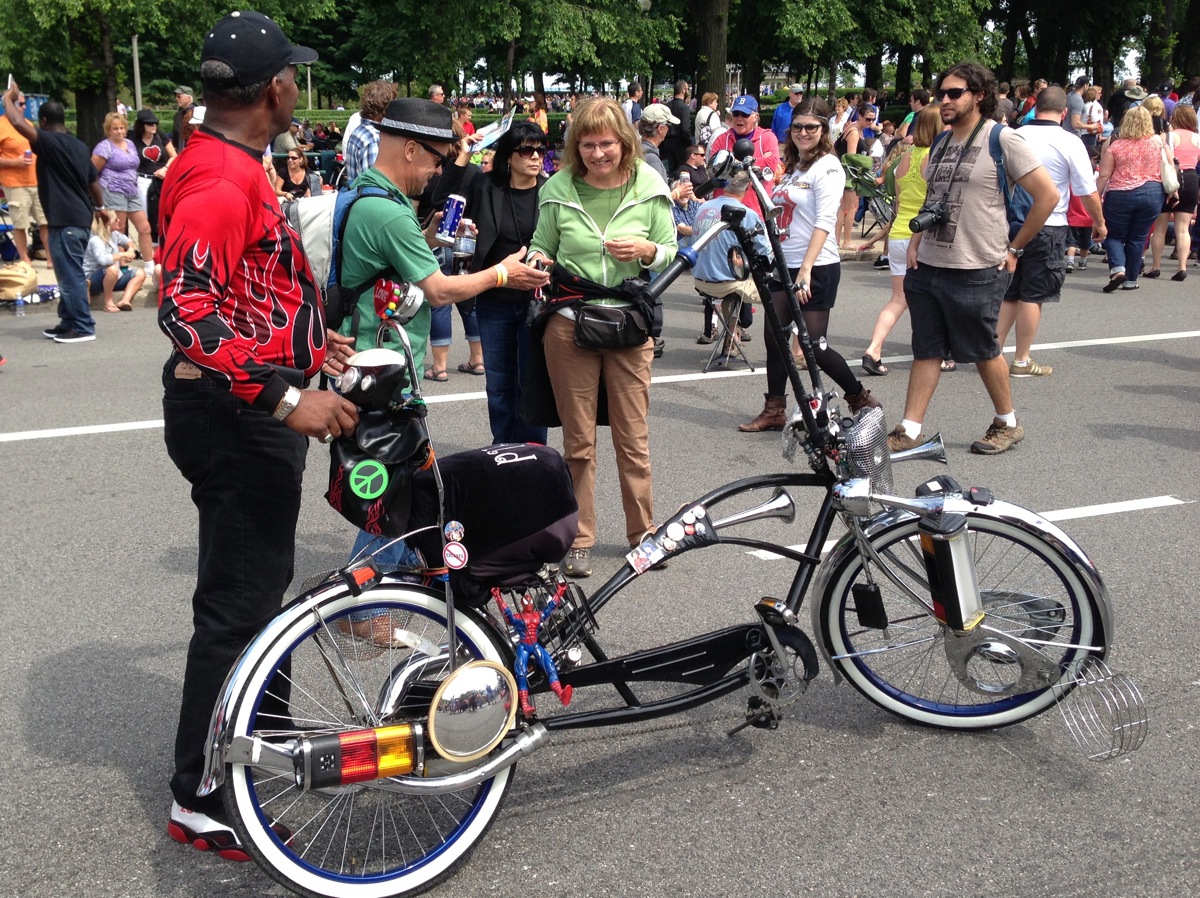 xpect mainly publishers, book shops and 2nd hand book sellers – not a Kindle or Nook to be seen anywhere apart from a lone Sprint stall selling smart phones and Samsung tablets. Came across a poetry stall. Completely lost on this philistine. I still struggle with why they teach it in schools.

We can tell its Saturday in Chicago again the Bible belt is here in town again with their posters condemning us to hell fire and damnation; on street conversions for those who want to repent their sins and avoid hell fires. Anyone for Pascal’s Wager? Surprising how many of these bible bashers are youngsters and not your average middle aged widow. Good luck to them, but live and let live. Leave us sinners to drink and enjoy life as we see fit, without having their anti-deluvial ways forced on the rest of us. God bless the 1st. 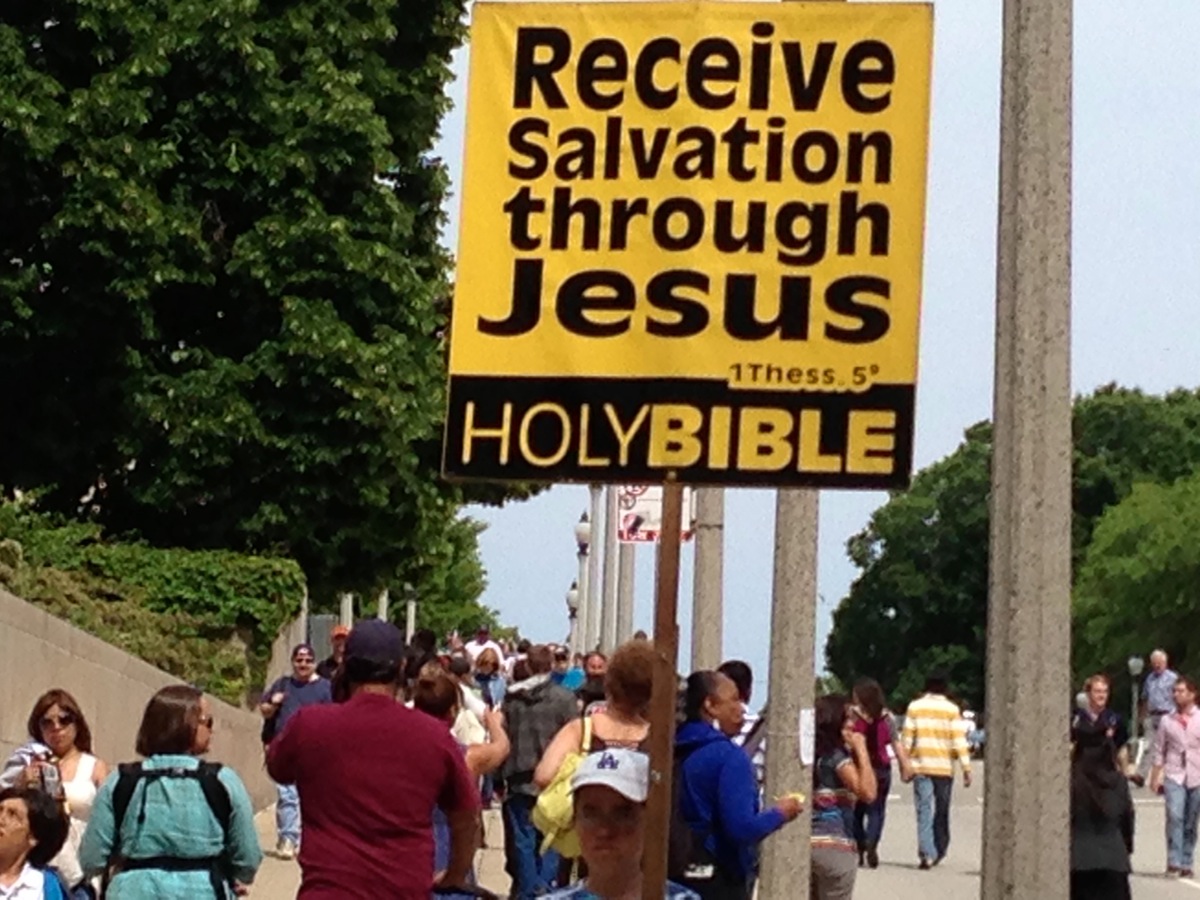 I wonder how long paper books, booksellers and publishers will last with the digital onslaught. As long as those greedy, tax evading, lying, rip off merchants at Amazon charge such ridiculous prices for Kindle books i’m sure they’ll be safe for a while. Eventually and somewhat sadly they’ll go the way of the DoDo and the Luddites. How can Amazon seriously expect anyone with half a brain to believe that the cost of printing, paper, distribution of books is negligible compared to an electronic book. It’s just a brazen insult to their customers intelligence. The sooner their proprietary solutions and monopolies are dismantled the better. Then we’ll start to really reap the benefits of eBooks.

End the day with a real treat, no it’s not another Chicago culinary delight, it’s even better, a bottle 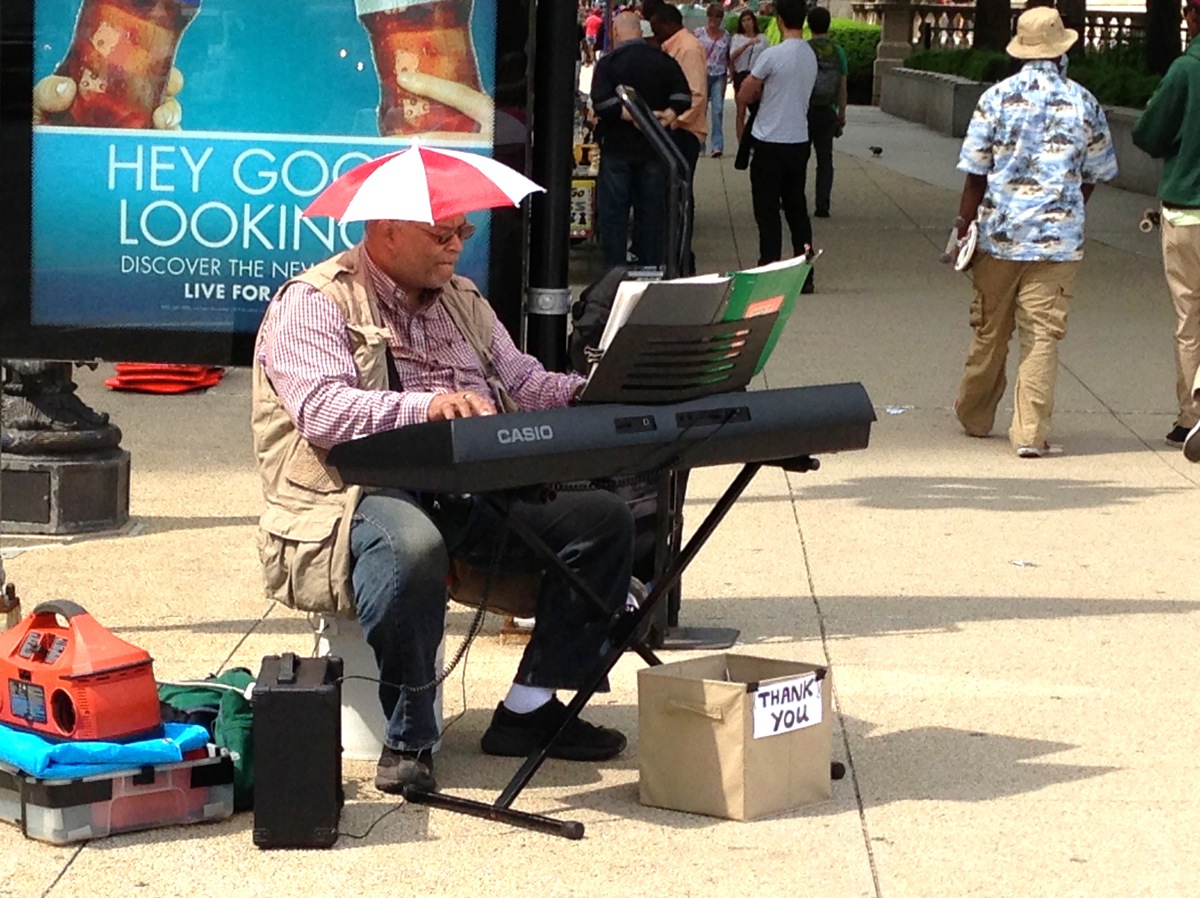 f Hofbrau – a proper beer not like the coloured water they serve around here. Bodacious, awesome, rad, epic and wicked – words fail me. Why can’t I buy this in England?

A few more eccentricities in Iowa:

No person may pick a flower from a city park.

All softball diamond lights must be turned off by 10:30 PM.

One must obtain written permission from the City Council before throwing bricks into a highway. 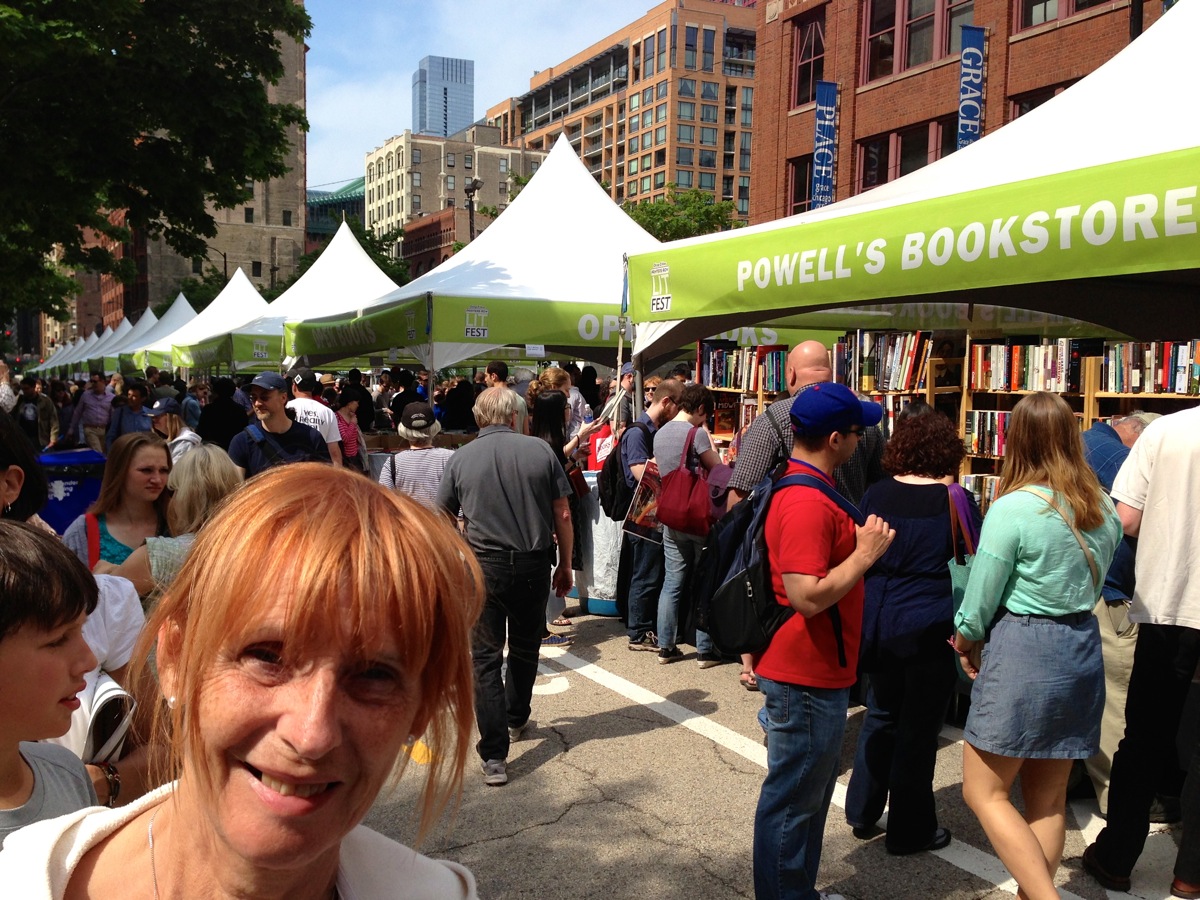 Within the city limits, a man may not wink at any woman he does not know.

Whenever one asks Muslims to prove their religion and prophet to be true, all of them answer in a similar and very absurd and illogical way. They explain:

Muslim: Muhammad is a true prophet because the Quran says so.

Inquirer: What is the evidence that the Quran is true and divine?

Muslim: The Quran is true because Allah says so.

Inquirer: How do you to be certain that Allah is the true God and the Quran is His divine words?

Muslim: Allah is the true God because Muhammad said so. 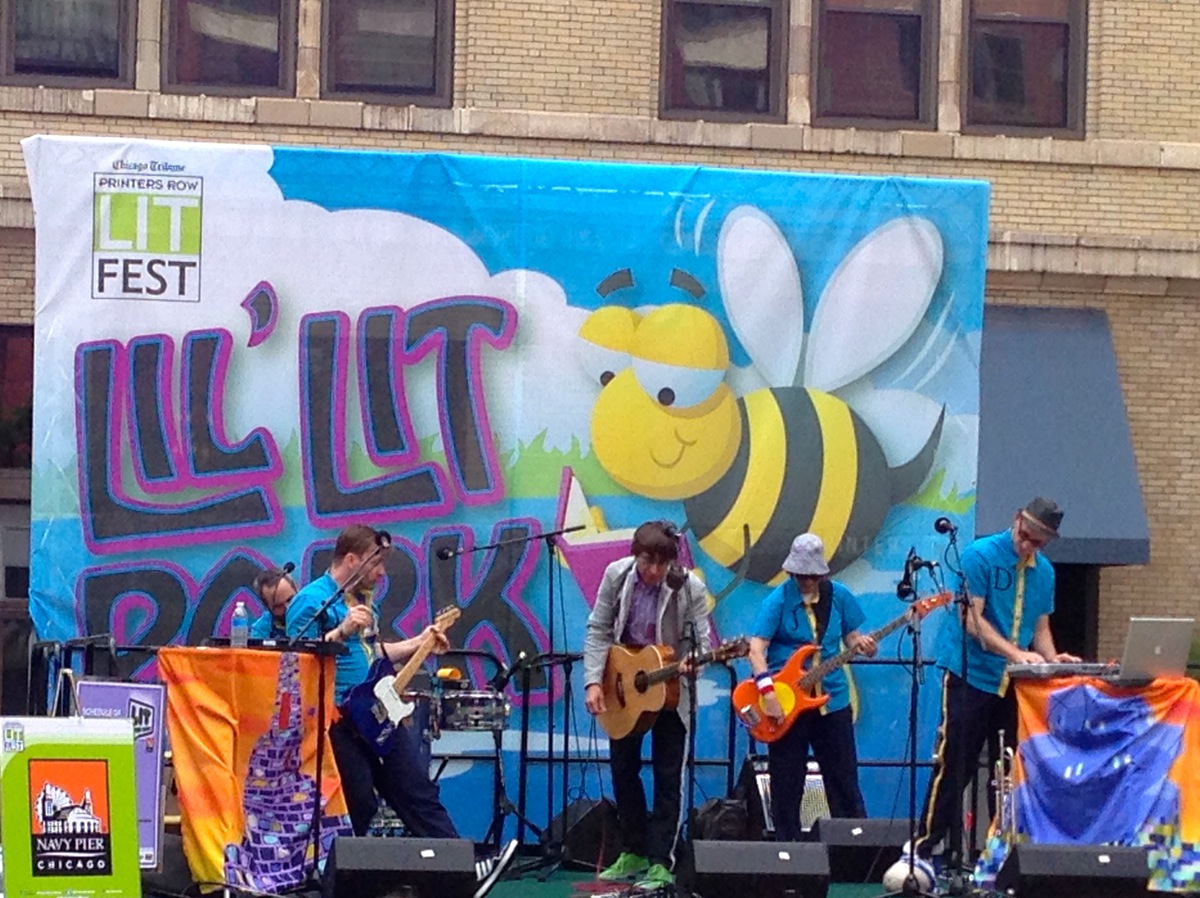 Inquirer: And how do you know what Muhammad was true?

Muslim: Muhammad is true because the Quran says so.

This is called circular logic, proving something from its own source. It is like saying: I am the God, and the evidence for this is that I am saying so.

A lazy last day. Wendy has a clean up and packs.

Then in the afternoon we have a wander down to the Literary Festival. Full of the arty farty brigade. Book and poetry readings, totally lost on this philistine. 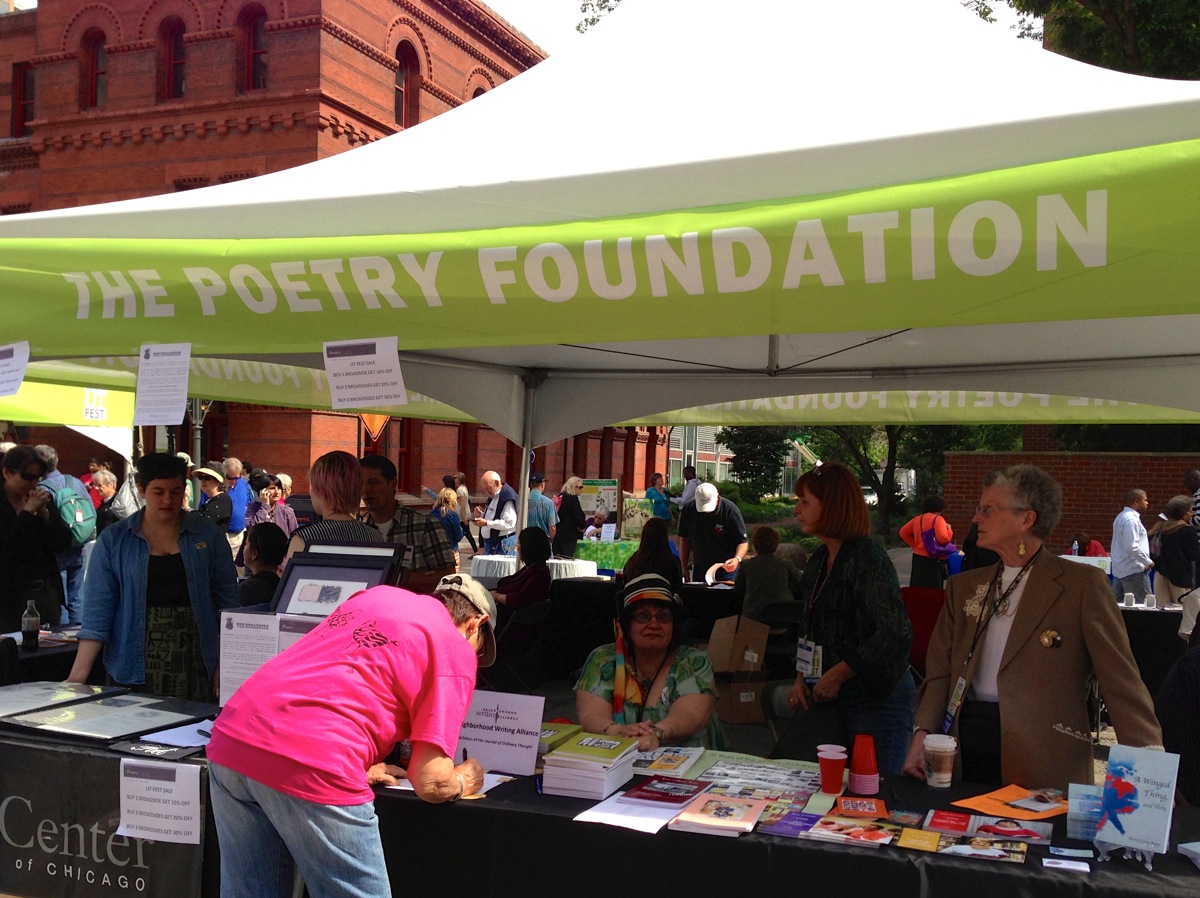 Wendy goes to the knitting shop to get some help on her knitting in the round.

Then its afternoon tea and a Kindle on the balcony. 9 floors up, pleasant but oh so noisy from the air conditioners and of course the never ending emergency vehicles. Just one scrot on a Harley pales into insignificance in the cacophony all around us. Still no excuse they should be prosecuted.

We’ve really enjoyed our time in Chicago. Living in Belthorn you’re not big city people, but have to say Chicago was very pleasant. Lots of free cultural events to say nothing of the culinary delights. Really enjoyed it but ready to move on. Let’s hope Minneapolis is a tad quieter. 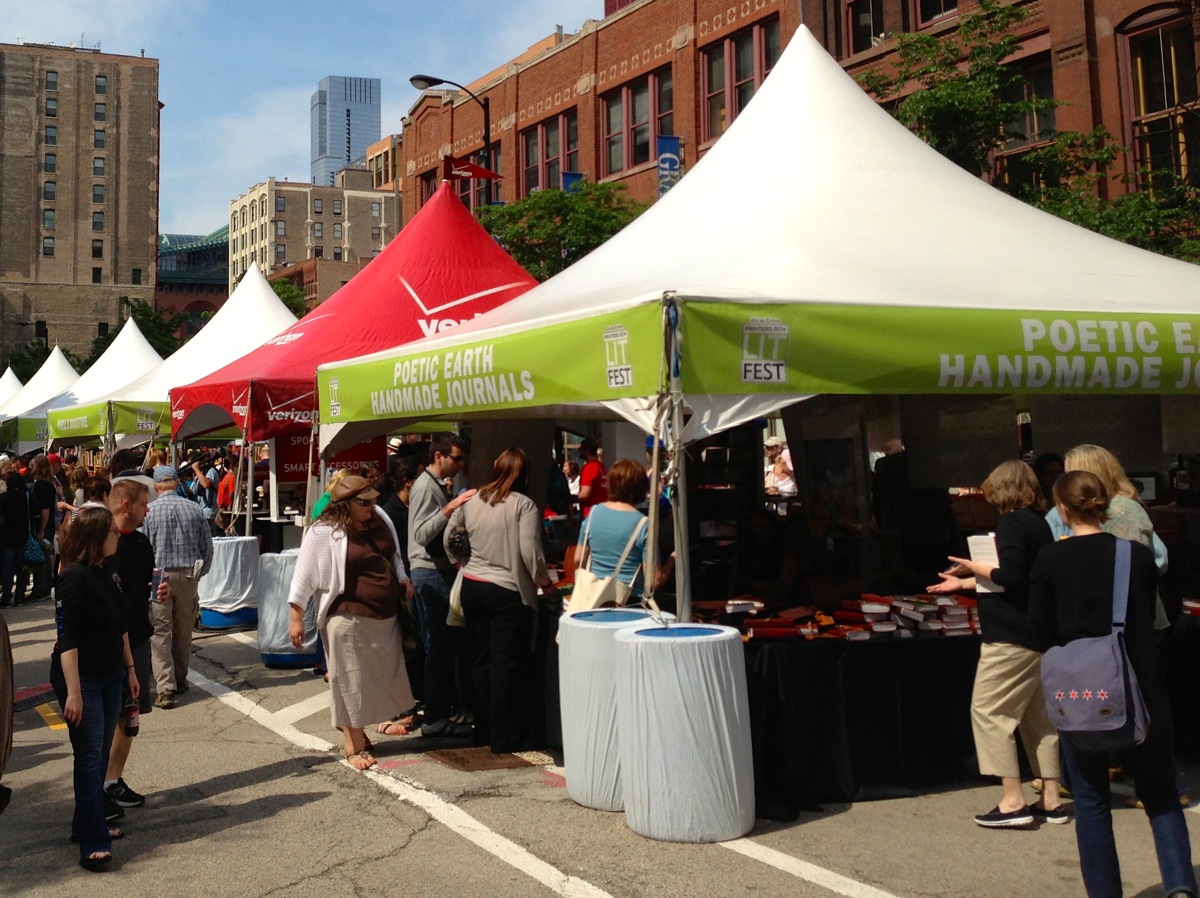 Let’s get ready for Minneapolis laws:

The land of 10,000 lakes declares mosquitos a public nuisance.

It is illegal to stand around any building without a good reason to be there.

A person may not cross state lines with a duck atop his head.

It is illegal to sleep naked.

Citizens may not enter Wisconsin with a chicken on their head.

Now we’re all literally up shit creak when flying: 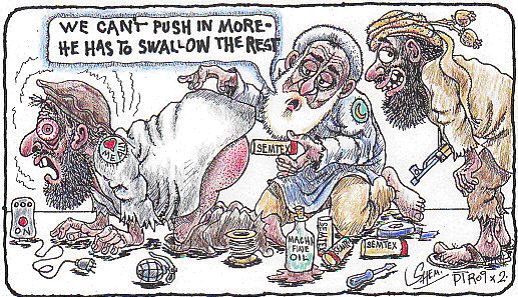 Suicide bomber (in case you’re wondering which religion – the religion of peace of course) had hidden the bomb inside his rectum.

Afterward, the counterterrorism unit of Europol, Europe’s police agency, warned that airlines might have to tighten their screening procedures because a rectal bomb could escape detection by normal X-ray scanning machines.

“The sensitivity and power of these machines would need to be increased or reviewed, in order to overcome shielding of the device by the human body,” Europol’s report said. 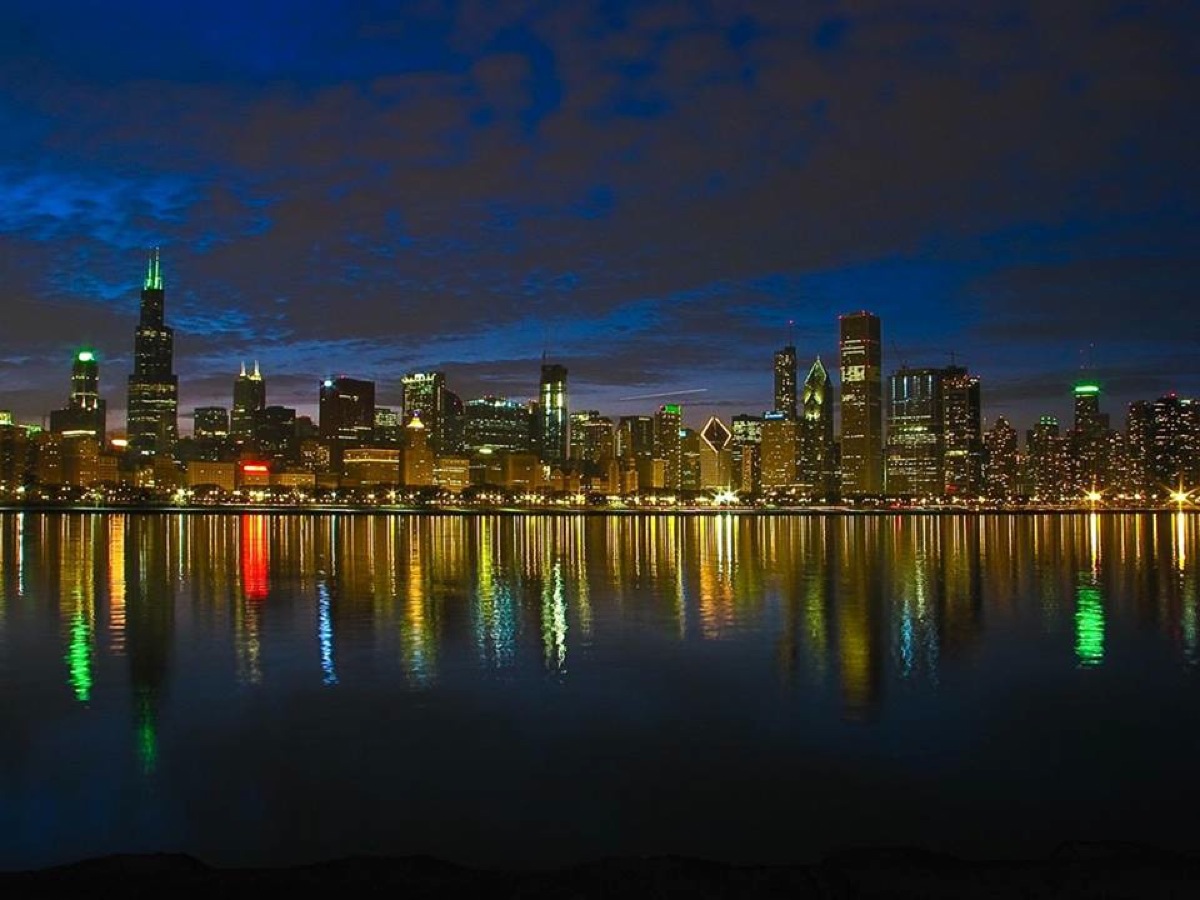 So in future when you go trough airport security and you feel your innards frying as you pass through the higher powered scanners, or you hear the slap of rubber gloves being donned and are asked to bend over, you’ll know why. Perhaps it might not be too bad if they applied some common sense and PROFILED! Now that might make the so called moderate Muslims a tad more vocal against the fundamentalists.