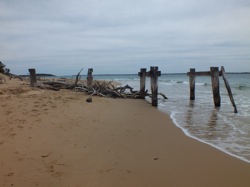 The forecast was warm and sunny so we set off to enjoy the Mornington Peninsula. Alas, like weather forecasts the World over, they were wrong. It turned out very cloudy.

Drove down to Point Nepean National park on the 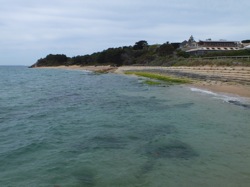 very tip of the Peninsula. Used as a quarantine hospital and has a fort there to protect the entry / exit of Port Phillip bay – it’s less than 10K across to the other side so very narrow entry to the bay. Hence the fort and gun emplacement. Had our exotic lunch and a short walk the lookout point, but clouds put us off our planned walk. 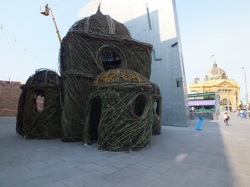 In 1877 Russia attacked Turkey so they built fort Napoleon here to protect the entry to the bay. Did they not know that it was occurring on the other side of the World and they didn’t start until 1880 – the Glory of Empire!

The first allied shot in the 1st World war was fired, 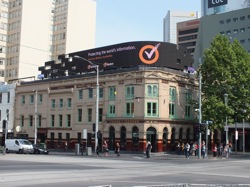 on August 5th 1914, from fort Napoleon – see it did come in handy after all – on a German ship trying to flee the bay after the declaration of war. The ship returned back to Portsea.

Drove up the West coast road of the peninsula. Not very impressed really. Lots of lovely beaches and little towns, but alas not a single beach cafe for coffee. By the time we got to Frankston we’d had enough and I was suffering withdrawal symptoms. Perhaps the clouds were unkind to the area. 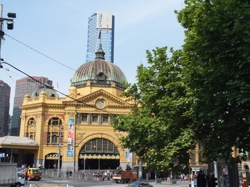 Mistakenly avoided the toll road, being tight again, and ended up going through Springfeld. What a disaster. Queued at the train crossing whilst 6 trains passed; traffic lights galore; road accident, which caused a major hold up because the police were too dammed lazy to park their cars to a void lane closures.

Bit of a disappointing day really. 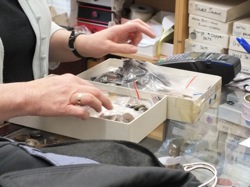 pulled over for speeding.
The cop walked to her car window, flipping open his ticket book, when the sheila said, ‘I bet you are going to sell me a ticket to the Queensland Policeman’s Ball. ‘He replied, ‘ Queensland policemen don’t have balls.’ There was a moment of silence. He just realized what he’d said, closed his book, got back in his patrol car and left.

Bruce was walking down the street on his way to the pub when he saw an Afghan bloke standing on a fifth floor balcony shaking a carpet. He shouted up to him “What’s up Abdul, won’t it start?”

Bruce went to Bondi Beach.
He had the eski next to him, and had a great time watching the sheilas in their bikinis, but after two sixpacks of VB he fell asleep for several hours in the midday sun and got horrible sunburn, specifically to his upper legs.

He went to the hospital, and was promptly admitted after being diagnosed with second-degree burns.

With his skin already starting to blister, and the severe pain he was in, the doctor prescribed

continuous intravenous feeding with saline, electrolytes, a sedative, and a Viagra pill every four hours.

The nurse, who was astounded, asked, ‘What good will Viagra do for him, doctor’?

The doctor replied, ‘It won’t do anything for his condition, but it’ll keep the sheets off his burned legs. 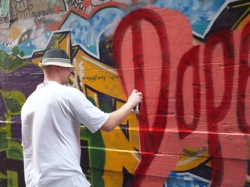 Up at 06:00 – yes this is supposed to be a holiday and no it wasn’t to catch the live Apple mini launch.

Catch the bus to Glen Waverley and then Metro to Melbourne to be in time for our 09:30 walking tour of Melbourne.

Tour was an eclectic mix,full of interesting snippets of information on history, architecture and events. Explored the Lanes, little traffic free ginnels 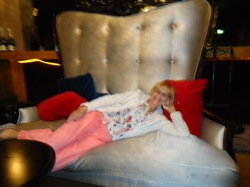 through Melbourne. Visited some stunning old buildings that have been preserved and protected from the property boom. Learnt how to navigate Melourne – use the Eureka building as a reference point.

Visited some unusual shops, even one selling every button you can imagine. Shop owner uses her knowledge to find a matching button – see search engine picture – all done by hand and experience, no web or PC. Chatted with a Kiwi Graffiti artist whose passion is creating these elaborate murals. Visited Chloe, late 19th century pornography or work of art? Judge for yourselves. 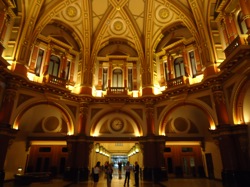 Stopped for coffee in a lovely quirky coffee shop. Saw bits of Melbourne that we’d never have noticed. Indeed a lot of locals go on these tours and are amazed at what they see that they’ve walked past every day.

A great 4 hour walking tour from a passionate volunteer. Thanks to Andrea. All free from the tourist info office.

Now we need to return to do the other bits of Melbourne we were told about.

Moral is – best things in life are free – check out free tours. Wander around and look up. 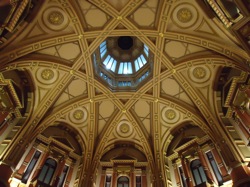 Mean while Apple have launched the long suspected iPad mini. Not really for us as they’ve also surprised everyone with a fourth generation iPad, complete with A6 processor – exciting stuff. A good job Wendy took my advice and held off on a new iPad. Consensus seems to be that the mini is really a tad small, we have iPhones for portability. With our eyesight, go for the new 4th Generation iPad.

Better still they’ve launched a new 13 Mac Book Pro with Retina display. I was planning on replacing my 11″ Mac Air with a 13″ and 256G of disk space. Need the extra disk space and larger screen would be good, especially with Logmein etc. TheMac book Pro is a tad heavier but the retina display and faster processor is very appealing. Hmm!

The new iMac is stunning and thin but I really can’t justify an upgrade yet:-(. 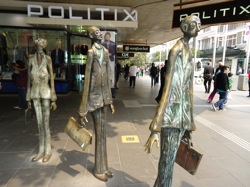 In the Lap of Nutters:

Maidstone Council has rejected an application for lap dancing to take place at a town centre venue in Maidstone, Kent.

The Christian Legal Centre supported local nutters who climed the usual bollox that such a venue was not suitable in an area being regenerated by the council where there are already schools, churches and shops nearby.

Objectors ludicrously claimed that the application would effectively be turning Bank Street, where the premises are located, into a sex street. 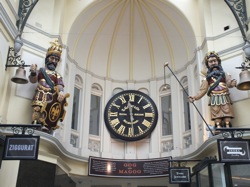 Saudi Government claims many innocent persons have died and been injured with this film – “Innocence of Muslims” – as a root cause. Funny I thought it was the savage rioters who threw their toys out of the pram yet again.

Here’s one I think most apt:

The three directors of Fosters, XXXX and Coopers were travelling together to a meeting, when their limo broke down.
Fortunately it was right near a pub, and it was 10 AM so it was just opening, so they went inside to wait while the driver fixed it.
The Fosters director ordered three stubbies of Fosters Lager for them and they drank it all while chatting business stuff.
When the beers were gone the XXXX director got up, went to the bar, and came back with three stubbies of XXXX.

They continued to talk business and some time later the stubbies were empty again so it was the Coopers director’s turn for a shout. He got up and went to the bar, and said to the sheila behind the bar; three of the same please.
The sheila was surprised and said hey mate, you’re the Coopers director, why do you order XXXX?
To which he replied; well, I thought it was still a bit too early to start drinking beer yet….

And a few more to lighten the day:

THE FINAL WORD ON NUTRITION:

After an exhaustive review of the research literature, here’s the final word on nutrition and health.:

2.Mexicans eat a lot of fat and suffer fewer heart attacks than us.

5. Germans drink beer and eat lots of sausages and fats and suffer fewer heart attacks than us. 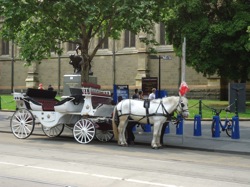 CONCLUSION: Eat and drink what you like. Speaking English is apparently what kills you.

Sheila was standing in the bedroom in the nuddy, looking in the big mirror.

She was not happy with what she saw and said to her husband, “I feel horrible; I look old, fat and ugly. I really need you to pay me a compliment.’