Tuesday – warm and sunny to start. Rainy and Belthornish in Melbourne. 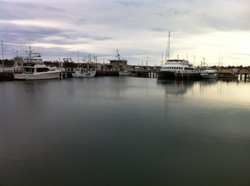 Early breakfast and off down to Melbourne. Take the coastal road, it’s a tad further but expect we’ll see some picturesque ports and towns on the way. 200K later (seems like the Ozzies abandoned miles, but at least they still drive on the correct side of the road) and all we’ve seen is rolling downs; farms and cows; more dead Wombats than there are bugs in BBC iplayer desktop software. On the plus side at least its not trees, trees and more trees. 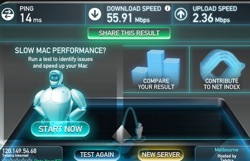 dropped lucky again. Best of all the wifi, 25 Meg, I’ll spell that in case you think it’s an all thumbs typo – twenty five meg. Looks like I was wrong 55Mbps.

This must be heaven. I think I’m staying in for the next three weeks and playing on the web.

We set off to the obligatory supermarket. I suppose we’ll need food to make the most of all that fast wifi.

I happen to bump into Dan Murphy – really cheap wine. Then it’s a coffee and newspaper for me whilst I let Wendy enjoy herself in Woolworths. Who says I’m not an enlightened husband. 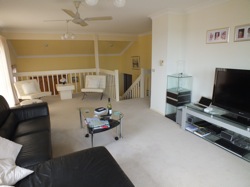 Still no news on my iPhone and the rumoured 7″ iPad seems to have faded from the news – pity.

Got some time on the Steve Jobs biography and hopefully will have time between wifi to catch up on reading. No doubt the guy was a charismatic genius and eccentric, but a poor people manager. It would seem his charisma and eccentricity were his saving grace. Everyone really loves an eccentric, lifes too dam boring – bring back court jesters I say. I just love his attitude towards good design. I think we’re all plagued daily by crap design and a complete lack of common sense. Albeit poor HCI 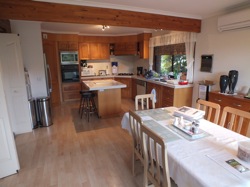 on web pages; Ford cars where the cup holders don’t work or bonnet releases that are counter intuitive; locks that are so complex that there’s no chance of a break on even if you have the key. Hey ho.

An article I’ve just been sent on Lemons extolls the virtues of eating the whole lemon – freeze it and grate it over food. Apparently the peel contains 10 times the goodness and vitamins of the juice.

Plus it’s a universal cure for cancer. Kept a secret apparently by all these pharmaceutical companies working on cures and keeping PHD’s off the streets. Sounds like I’ve been sold a lemon! 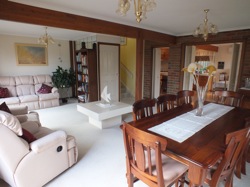 Meanwhile apparently some schools in Oz are experiencing 60% attendance. In the UK anything below 95% is serious OFSTED shit. But in Oz they’re incentivising with iPods and barbecue lunch. I think it’s just another example of Goldfish for jam jars – no bloody common sense. Just like giving driving lessons to joy riders.

Well She’s had 90 minutes and must be still buying strong. The poor credit cards going to take another hammering. 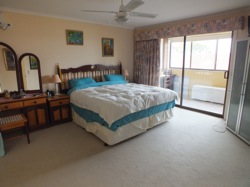 they say Melbourne has the advantage that you can get four seasons weather in one day.

Great news my iPhone 5 has arrived at home – can we get an earlier flight home?

Todays a lazy day around the house, planning our time here, relaxing and enjoying the place.

It seems that Oz is rated as the 2nd wealthiest country in the World, low debt, low unemployment. The economy seems to be in “rude health”. But in many other measures Oz is also world class; 2 million live in poverty; 12% of the 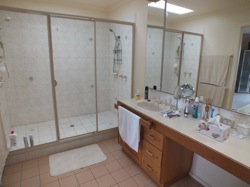 countries children live in poverty; it ranks as one of the most unequal societies in wealth distribution; depression, obesity, drug and alcohol abuse; over 20% of 18+ year olds consider themselves lonely – good business opportunity for dating / be my friend agency. Despite the increasing wealth Ozzies are apparently no more happy. It begs the question whether Ozzies still work to live or are now on a treadmill living to work, spend and acquire more.

Photos are of our home exchange for the next 3 weeks.

By the time you’ve read these two you’ll understand yet another Ozzie slang word: 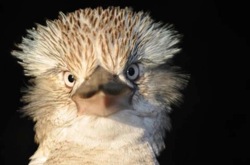 obscenities at them all the way through the entrance. The door greeter says, “Good morning and welcome to Big W – nice children you’ve got there — are they twins?” The fat ugly woman stops screaming long enough to snarl: Of course they bloody aren’t! The oldest, he’s 9 and the younger one, she’s 7. Why the hell would you think they’re twins?….. Do you really think they look alike, ya dickhead?” “Absolutely not,” replies the greeter, “I just can’t believe anyone would want to root you twice!”

Bruce is at the doctor’s to get some broken glass removed from his foot from the last barbie he got pissed at. When he’s fixing up the bill at reception he remembers his missus had a test done earlier that week, so he asks for the results to save her a trip there. The receptionist looks at the computer screen and asks for her name. Sheila, Bruce replies.Receptionist; there’s two Sheilas in here mate, what test did she have done? Haven’t got a dam clue, Bruce says. Well, says the receptionist, one Sheila was tested for Alzheimers and the other was tested for HIV, and unfortunately both tested positive, so the news is bad either way. Jesus, says Bruce, what am I gonna do now?
The receptionist thinks for a brief moment and says; take her to a really big shopping centre and then leave her there. See if she finds her own way home. If she does find her way home, then don’t root her!!

I’m letting the religious fruitcakes have a couple of days off to regroup and come up with some more lunacy.