Another sub-freezing day as we set off to Kansas City. We’ve been there before, it’s just an overnight stop off on our way to St Louis and ultimately Franklin. Decide to take the backroads route to see some more of Nebraska, sadly not a lot to see. 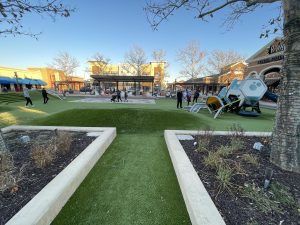 Checkin to hotel, the room is massive. Then it’s off to Walmart again. Who knows we might be bale to buy some forks to go with the knives. Yeah, this Walmart actually seems fork but can you believe there’s hardly any knives. Desperately needs some equitable stock redistribution across Kansa, Oklahoma, Arkansas and Nebraska.

Subway for tea tonight. Mind you it’s a miracle we managed to order it, you’d think I was speaking Serbo Croat or some Latin dialect. Does nobody speak or understand English anymore.

I don’t think I’ll ever look at a cornflake in the same light again. The past few days have highlighted the superb effort required of farmers to grow corn in these desolate prairie states. First they have to buy the seeds; then till the soil; plant the seeds; look after the crop; harvest the corn; store it in silos; ship it to be processed into cornflakes, corn flower, popcorn, ethanol or any other byproduct of corn. All so that we can enjoy it. Good job. Thank you.

Why does no one in the US or the UK speak or understand English anymore? That’s what you get if you live in a kakistocracy, when you don’t insist on immigrants only being allowed in if they speak English.

It seems that there’s some sense left, at least in Oklahoma. The House passed Senate Bill 70 in a 42-24 vote on Monday. House members amended the bill to clearly state that the written test can be taken in Spanish or English, but the driving skills test is in English only.

Amazing in the UK you can only take the test in English, Welsh or British Sign Language. Apart from Welsh, it seems like there’s still a smidgen of common sense left. I’m sure the libtards and snowflakes will be in an apoleptic frenzy over that, no doubt they’ll organise a glue down protest.

Leisurely start to the day then we’re off to visit Paul and Mel just outside St Louis. Seems we have two choices the 4 hour interstate route or the 6 hour route across the Ozarks plateau. The Ozarks routes very tempting but 6 hours driving is not, we’ll be arriving int he dark plus all that extra driving. Opt for the short route. Last 100 miles is pretty busy, by the time we get there I’ve had enough.

Pass on the Taco Bell as I’m tempted with a sausage ziti from the Italian restuaruant. It’s not a patch on mine or Wendy’s rendition.

Joy, we’re in the room from hell. Lovely room but the 41Db constant humming keeps Wendy awake and even manages to wake me from my drunken stupor.

Turns out we’re next to the electrical room. Wouldn’t you think the hotel hotel designers would have the wit to place the Linen store between Electical room and a bedroom.

Hotels really nice and a great breakfast, but you have to ask which dickhead of an interior designer thought a chaise lounge for one person was better that a simple settee for two. Anyone with a skerrick of intelligence would go for the settee rather than the trendy, avante guard, stupidity. To say nothing of the potential lost revenue that a bed settee would bring from a 4 adult room. 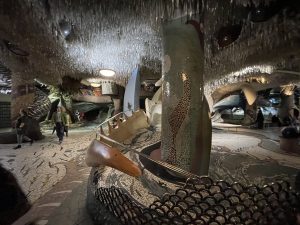 Great breakfast then drive over to Mel and Pauls. Great to se them and get to meet Carter.

We all set off to the City Museum which is an awesome children museum. It’s difficult describe, best to look at the pictures. 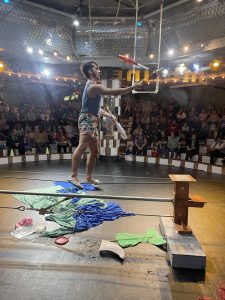 Then we’re off out for dinner. It’s going to be ribs, but alas the bar b cue place is closed. Off to Ruby Tuesdays. Alas the gods have it in for me as the Ribs have not been cooked yet. Never mind I’m sure we’ll come across a bar b cue place on our travels. 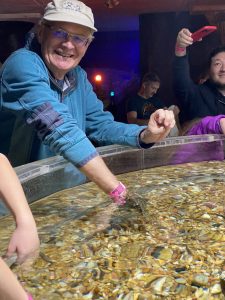 A recent rip to WholePayPacket supermarket resulted in a discussion at checkout on the abuse of the word organic and the rip off of Organic Foods as aggressively promoted by this store.

What did organic used to mean?

Organic chemistry referred originally and literally to the chemistry of substances that derived from living things, which at one time were thought to possess some vital spark that made it impossible to duplicate them outside the body. Nothing to do with chemicals or pesticides.

Meanwhile if you think Organic food is better or worth the extra rip off then watch this – https://www.prageru.com/video/is-organic-food-worth-the-cost

10:00 we’re off down to Phil and Kims at Franklin, Tennessee. It’s a journey from hell, through Missouri, Illinois, Kansas and Tennessee, too many roadworks and then we hit Nashville, it’s a nightmare. Memo to self, make sure you by pass big cities

Kim prepares a great dinner. Wendy’s so excited to be eating real food again and after so many days on the road it’s just awesome to be settled in a real home again for five days before we embark on our 2nd leg pf our road trip. Mark and Leleta joins us for dinner. Great food, wine Old Fashioned and bourbon, and awesome company. 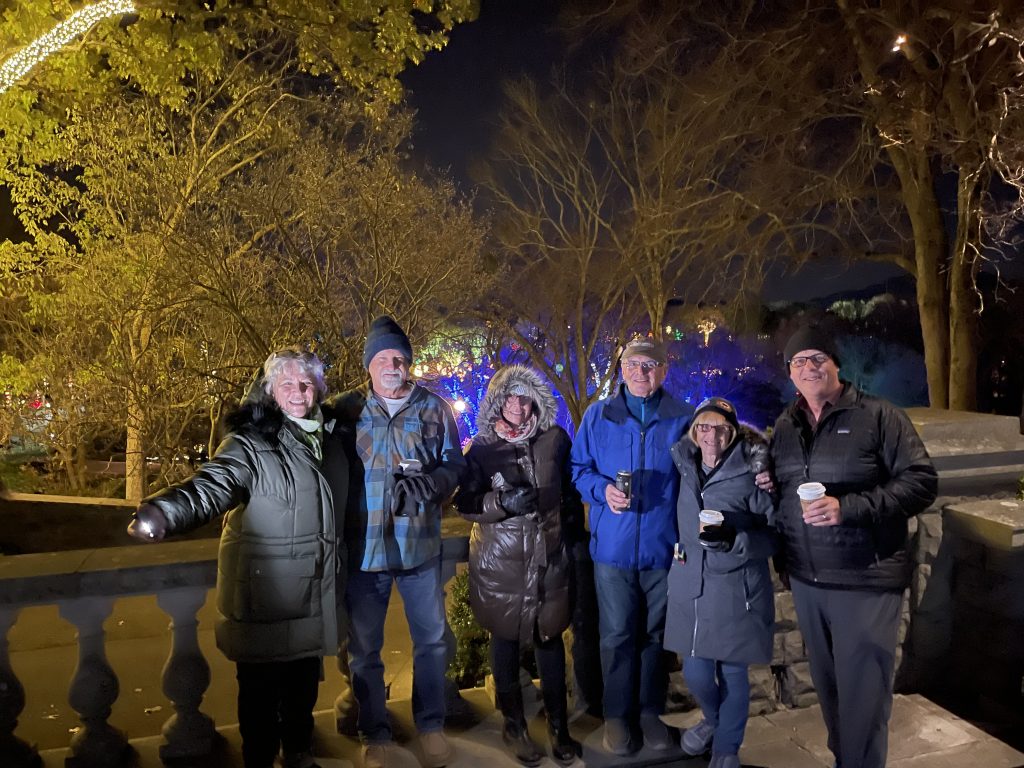 Up and out for breakfast with Phil and Mark. Try a Southern special grilled chicken, eggs, potatoes and finally get to try biscuits and gravy. Actually very enjoyable I’ll be trying those again when we’re on the road. 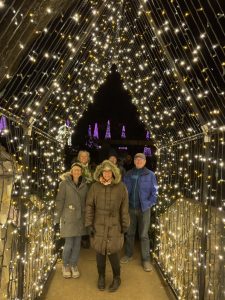 Then Phil and I get despatched to Target and Public to pick up supplies ready for the big event tomorrow – Thanksgiving.

Wendy discovers there’s a few Public nearby so is orgasmic and can’t resist after we’ve been to the liquor store, it has the best selection of beers I’ve eve encountered in the USA, Hofbrau, Pauline, a rauchbier and even a Jever.I thought I’d died and gone to heaven. Finally get a bottle of High West Bourbon to try. 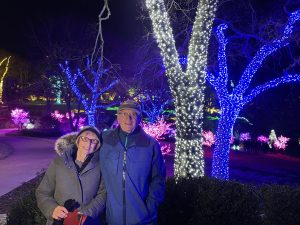 Then back home to watch “The Christmas Story” and try my latest High West offering of Boutbon. Alas the bourbon made me sleep through the last of the Film. 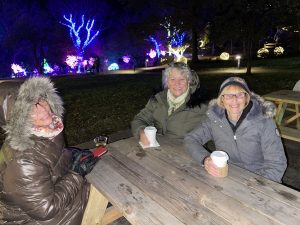 Franklin is a city and county seat of Williamson County, Tennessee, United States. About 21 miles (34 km) south of Nashville, it is one of the principal cities of the Nashville metropolitan area and Middle Tennessee. As of 2020, its population was 83,454. It is the seventh-largest city in Tennessee.

The city developed on both sides of the Harpeth River, a tributary of the Cumberland River. In the 19th century, Franklin (as the county seat) was the trading and judicial center for primarily rural Williamson County and remained so well into the 20th century as the county remained rural and agricultural in nature.

Since 1980, areas of northern Franklin have been developed for residential and related businesses, in addition to modern service industries. The population has increased rapidly as growth moved in all directions from the core. Despite recent growth and development, Franklin is noted for its many older buildings and neighborhoods, which are protected by city ordinances. 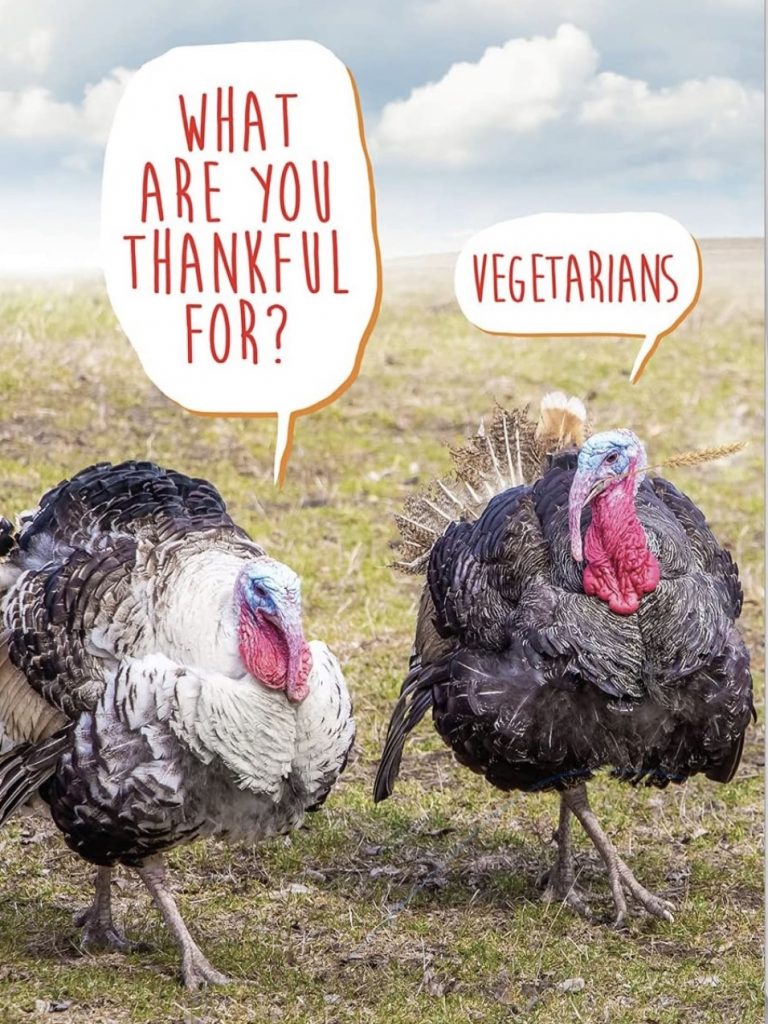 Thanksgiving day. Spend most of the morning and afternoon preparing for the 18 family and 2 Brits attending. 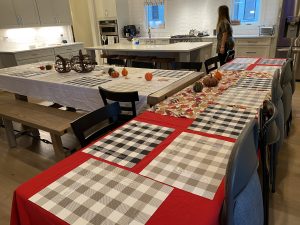 Then we get an all American experience, a first for us, as we buy a bag of ice. 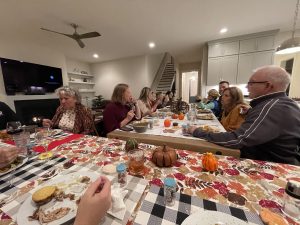 At 16:00 everyone arrives and the eating, drinking and lively conversation commences. Food serving with so many is well organised, help yourself and lineup in Christian name sequence. There’s all the traditional dishes served around a 21lb turkey and then there’s a plethora of desserts. A great time was had by all. 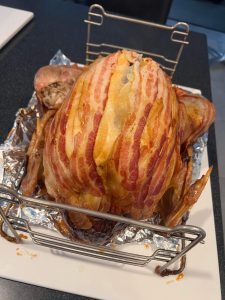 Really getting into these Old Fashioned’s.When everyone’s left we settle down for a tad more wine and the modern version of A Christmas Story. 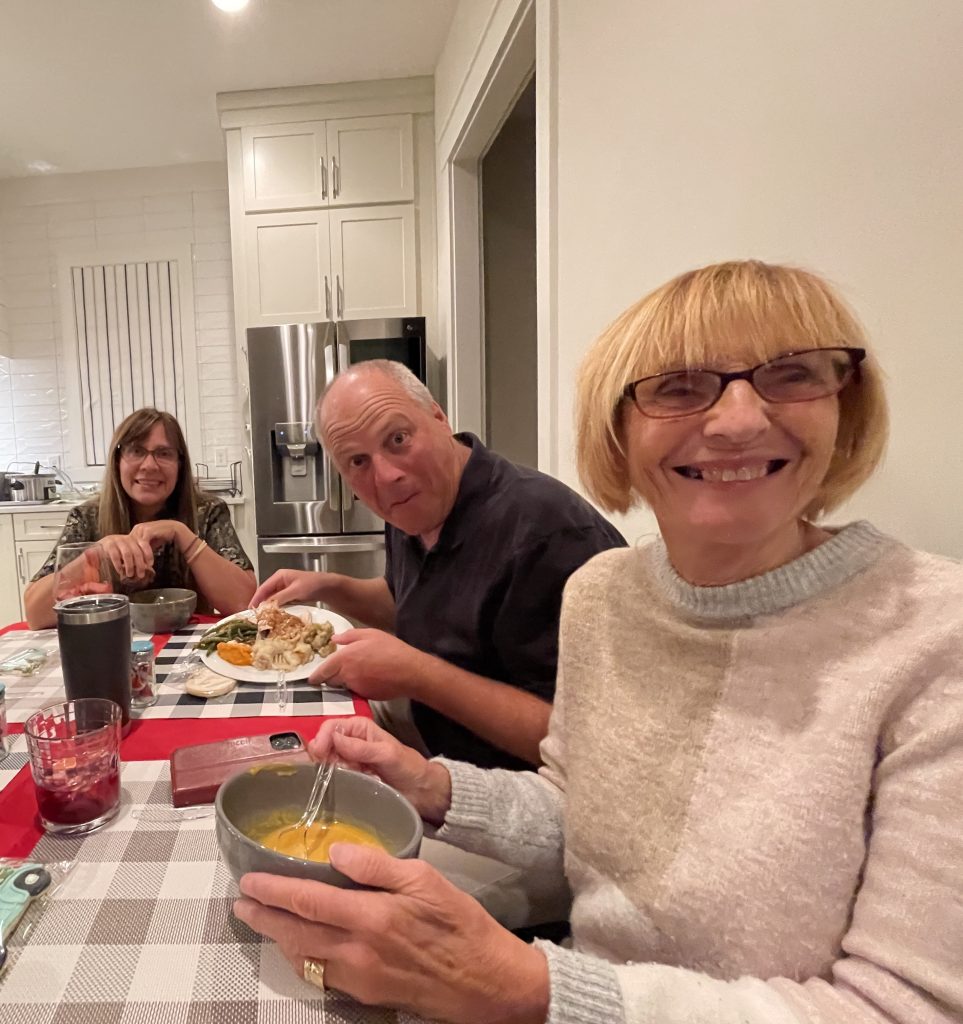 Thankful to Kim and Phil for sharing an awesome, traditional, thanksgiving with us. We’ve had a family thanksgiving in Texas, it was good, with giant thick steaks and all the trimmings, but alas no turkey. An awesome experience and memorable day here in Franklin, Tennessee. 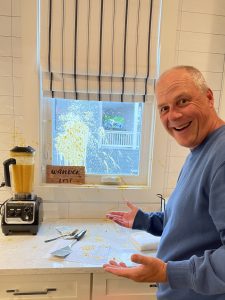 Don’t let Phil use a blender.

Up and out for an hop on / off trolley tour of Franklin with Kim, Phil and their extended family from yesterdays Thanksgiving. We half filled the trolley and were the only ones on it. Interesting tour, but with a two hour wait between trolleys we didn’t bother hoping off. Amazed that a city the size of Franklin has such a tour but the Civil War battle of Franklin must bring in a lot of visitors. 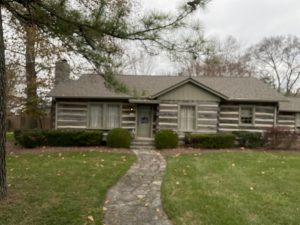 Lunch at a pizza parlour.

In the afternoon we nip out to the shops. What for I haven’t a clue, probably just to feed Wendy’s need for a merchandising fix.