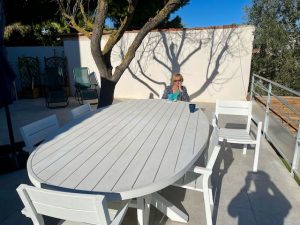 We get a late checkout so it’s a leisurely morning packing etc.

Drive down to our next abode, Marseillan a small town in Herault between Montpeiller and Perpignan, for a week. It’s less than two hours drive. Call off at a Super U to pick up some Coteaux de Aix en Provence. A gorgeous sunny day and we’re arrive by 15:00. Fortunately, no problem getting in early. 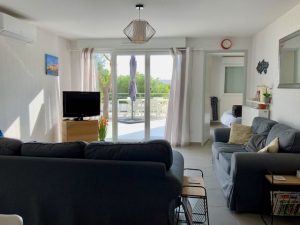 Settle down to an afternoon tea on the patio. Then it’s off to the obligatory supermarket. Not just any supermarket but a Hypermarket, you could get lost in here for days, like Costco but more choice.

Back home for Baked beans and sausage for tea. Easily pleased, just give me baked beans. Soon get set up and enjoy an alcohol-free night, no escaping TV with a snooze.

Langudoc region is not on my favourite list for wine. Can only think of two appellations I want to try, Carbards and Pic St Loup. Both are reckoned to be fruity. We’ll see.

What a pleasure it can be driving down the country roads of France. Down Frances many very own many dark Hedges, although not so dark, just lined with beautiful trees on both sides. Then driving through the vineyards and pondering all that lovely wine they produce. Just an awesome, short trip to our next VRBO home in Marseillan. 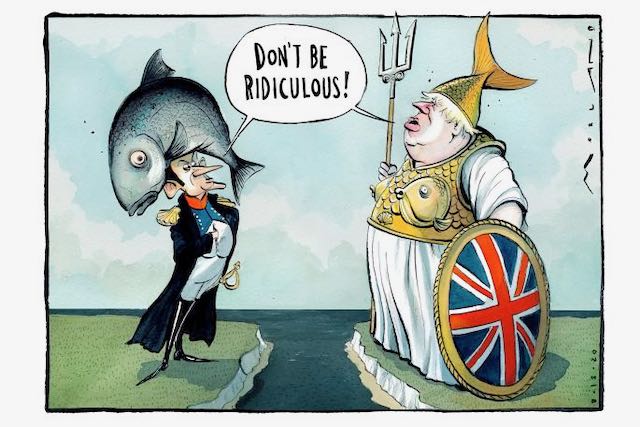 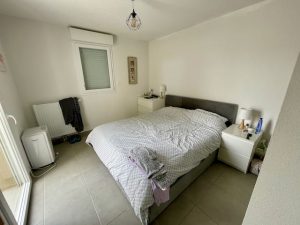 We have our usual lazy first day. Which roughly translates into the same as any other day but no driving.

After lunch set off for a stroll into town and to the harbour. I think the whole of France must be here, troughing away, not a sandwich in sight. 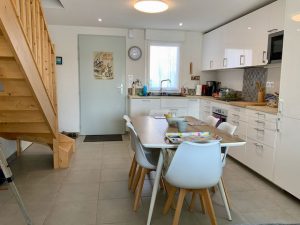 Settle down into a sumptuous settee on the harbourside for some drinks. A beer for me – forgive for I have sinned – and a pina colada for Wendy. Sadly the beer is served in a girly flower vase, a sure way to catch a cold, it’s that girly and ornate I’ll even probably catch pneumonia. Gorgeous sat in the brilliant sunshine people watching. Time for a second round – encore un verre – even Wendy has another pina colada. At this rate, she may need carrying home, most unusual.

Back home for afternoon tea on the patio and sit out in the sun loungers. After 20 minutes I’ve had enough of sun lounging.

Time for a nap. 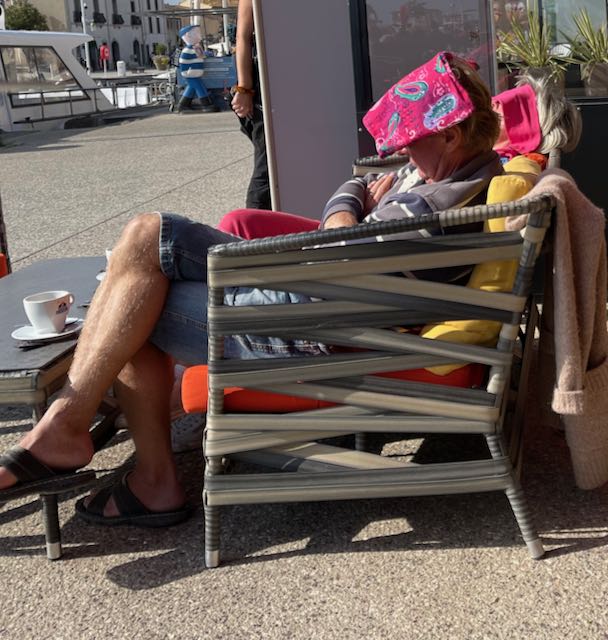 Here’s a classic, one of Pat Condell’s first YouTube rants on Islam: 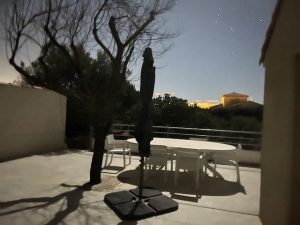 Another glorious sunny day. I take a stroll down to the local supermarket for my bread, it’s the holy trinity of the table tonight.

After a lazy morning and lunch, we decide on a drive down to Marseillan Plage. Well, what a disappointment that was. Nothing is really there as everything is closed up. Marseillan is so much nicer with its lovely port, bars and restaurants. We have a stroll around to get in our daily exercise and then decide to head back home. Pass on the idea of a drive to Sete, we’ll save that for another day. This is really going to be a laid back week with minimal driving. 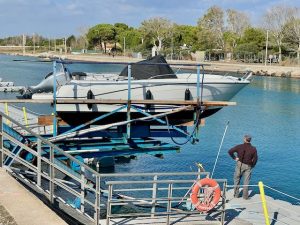 Wendy finally sees the benefits of two weeks in Cyprus in December to break up our 2.5 months in the frozen wastelands of Belthorn. I’d offered an all-inclusive option so that Wendy could have a real break, but we both agree it is so much better in a VRBO where you have a nice house and grounds at your disposal, rather than crammed in a bedroom. We’ll go for the VRBO option and dine out every night. We spend the evening selecting a VRBO and find plenty to choose from. Select a 3 bedroom, with pool, more balconies than we’d know what to do with and sea views.

A host of words are banned in the Commons, some of them seemingly more innocuous than others. “Blackguard”, “pipsqueak” and “pecksniffian” are said to be some of the words that can get MPs thrown out of the Commons.

Perhaps it’s time to bring that into common use.

How can you drink a beer out of this flower vase. Sure way to get a cold. 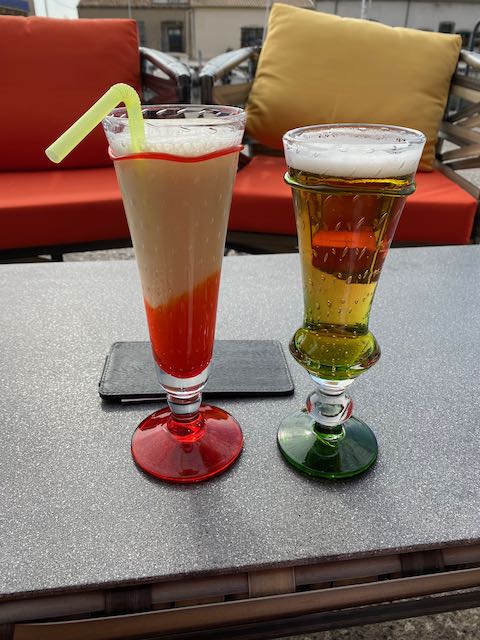 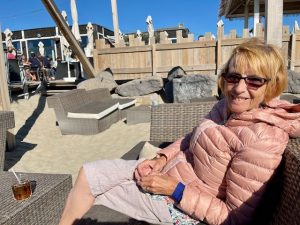 Book our flights and car hire to Cyprus, it’s Jet2 and Hertz. Jet2 takes at least 30 minutes to wade through the complexities of their website, and many extras. The good news is you don’t have to pay to use the toilet – yet. Yeah, we’re all booked. Hang on a second Wendy wants lounge access at Manchester and Dragon Cards are no guarantee. Wendy gets lounge access. She’s still a bit perplexed why we can’t go Premium or Business class with Jet2, settle for emergency exit row seats. Knowing Jet2 they’ll probably charge us if we ever have to throw the door out in an emergency. 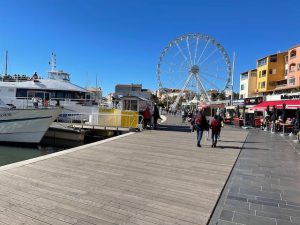 Have a drive down to Cap de Agde. Gorgeous beach and finally find a beach cafe for coffee. For once it seems we’ve found somewhere we’ve not been before. Strange because my memory of Cap de Agde was of dirty grey sand.

Then drive to the port at Agde, and yes we’ve been here before. More free parking. Have a pleasant stroll around the port, it’s quite busy and then roof down in the Thingimajigger and we’re off home for afternoon tea on the patio. Hang on a second we just have to nip into a supermarket – Wendy gets her daily fix. 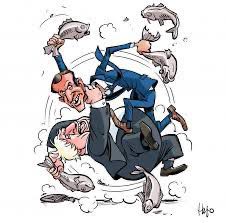 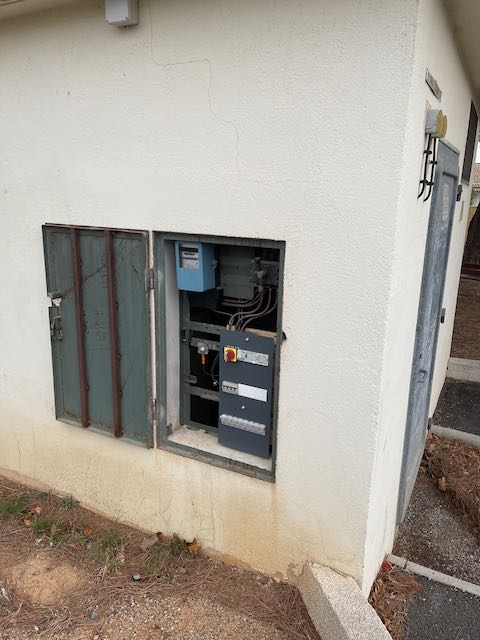 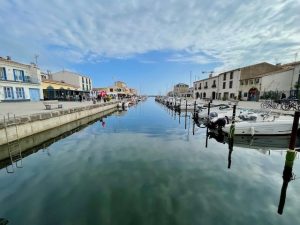 Another lazy day planned. Give coffee and sandwich a miss.

We decide we’re going for the full monty, Plat de Jour, French lunch, so we spend hours deliberating online which restaurant, which menu. Finally agree. Check online, yes it’s open. Of course, when we get there it’s closed. It’s France. Spend another 20 minutes trying to choose an alternative restaurant from the 6 on offer around the harbour. 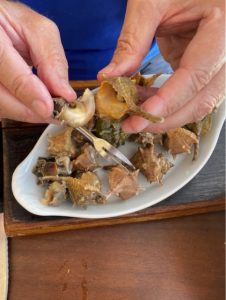 There was a queue 20 deep to get into one restaurant and waiters were buzzing around but not one could be bothered to show people to their tables. Why do the French put up with such sloppy, rude and lazy service? How do German visitors cope. The French have no consideration for the stress on their mental health?

Finally, settle on a restaurant. Rather than starve to death waiting for an invite we just plonk ourselves down. The waitress walks by the table at least 3 times when she could have just said hello, or even bonjour, and dropped a menu off. Oh no much too efficient. 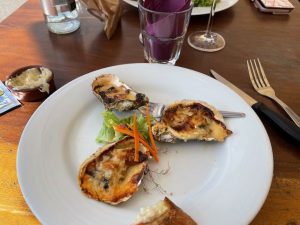 I suppose if you get 2 hours for lunch you have to occupy it with something. So it’s either food, preferably slow to fill the two hours or sex, but then again I suppose sex is going to be over that quick that you’ll still have plenty of time for a slow lunch.

I’m bold, I’ll try anything once so try a plate of sea snails (I wondered why fish restaurants had escargot on the menu) to start, 3 oysters and then some Marlin with a glass of Pomerol – I’ve been conned, not very good, but turns out there’s a wine region down here called Pomerol, nowhere near as good as the Bordeaux version. Sea snails were hard work to winkle out and pretty tasteless, the oysters were done in a cheese sauce which was very tasty, probably a good job as I’m sure the Oysters had no taste, the Marlin was delicious. Will I wake up dead tomorrow? I think plenty of alcohol tonight might help me survive.

I think we’ll pass on the Plat de Jour experience in future, it’s just too stressful watching the slothful and sloppy service.

Back home for an Armagnac to finish off the meal and a refreshing cup of afternoon tea. 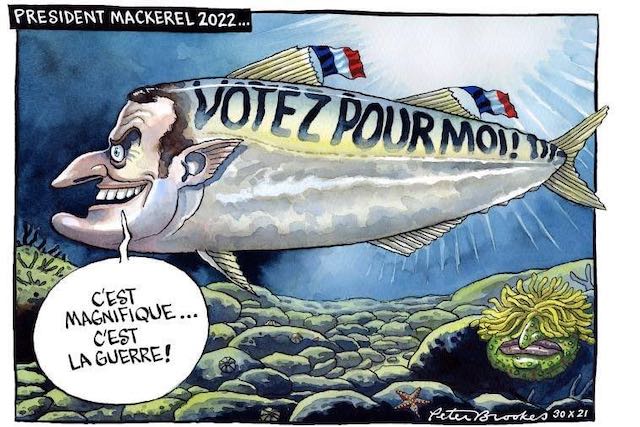 Vote for me. It is magnificent. It is the war.

Just trying to book hotels on our way home. I’ve come to the conclusion that the French obviously fast at weekend as nearly all the hotel restaurants are only open Monday to Friday. What a pity Germany doesn’t have good weather, that way we could go there instead of France. 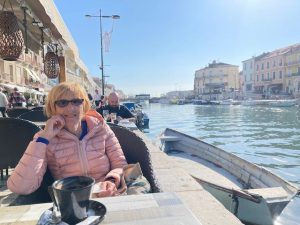 I know let’s drive up and have a look around Pezenas, I’m sure we’ve never been there, and the guidebook says it’s quaint. Well, you really shouldn’t rely on any guidebook that describes Beziers and Tarascon in favourable terms. Fortunately, the forecast is wrong, there’s glorious sunshine so it’s onto plan B. Drive down to Sete. Yes, we’ve been here before. Have a stroll around the many quaysides and settle for a coffee. Then Wendy gets her treat to wander around the shops, by now they’re open. 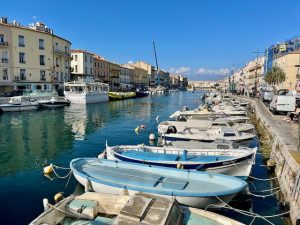 Drive back along the thin strand of the coast, top-down in glorious sunshine to the Hyper U at Agde. Sadly we need tonight and tomorrow night’s tea. Hardly anyone on checkout and plenty of long queues. Checkout girls are slower than a herd of turtles stampedin’ through peanut butter. Why do the French put up with this, yet another example of shoddy service.

Even Wendy loses her patience, so you can imagine how calm I am. She definitely couldn’t cope with living in France.

Thankfully that’ll be our last French supermarket for a few years. 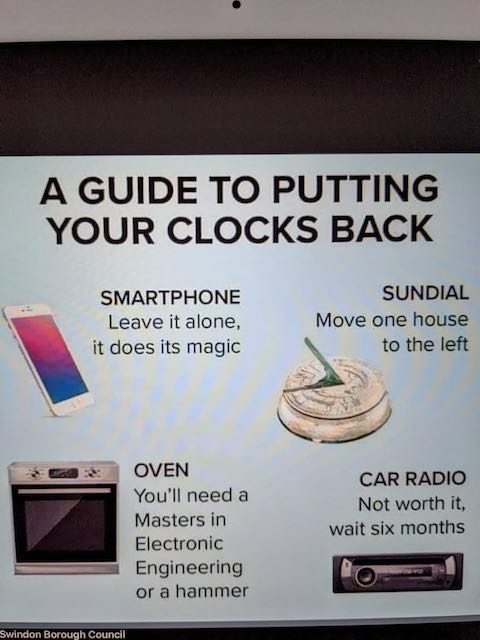 A difrent perspective on all the hubris over climate change.

Or do you believe the fear mongering headline from that rag The Independent – “World heading for catastrophe without bolder climate plans, UN warns”. 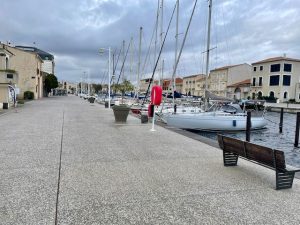 A cloudy day in Marseillan.

So it’s a lazy day. Have a stroll down to the harbour, no rain but very windy. 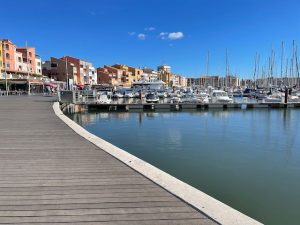 Mostly spend the day sorting out our mess with Kindle and Amazon. Boy is it complicated? We have four Amazon accounts linked to devices dating back to 2013. Amazon are no help with their online chat, manned by staff who speak English but as it’s not their native tongue they don’t really comprehend it – time they watched more British TV. Finally, figure it out and sort out our two Kindle online readers.

Tea tonight is fish again. This time not so risque. I’m having a Tuna steak and some Marlin, Wendy’s going for the safe Salmon option – she’d never get in the Girl Guides.

Well as for wine of the region I couldn’t find any Carbards but did manage to find 3 different Pic St Loup. Two of them were just about drinkable, but never to be tried again. As for the third well, I managed to force down the first glass, the rest was used as drain cleaner – started off mellow but with an awful, indescribable, after taste. Yes, another bottle of French wine poured down the drain – get me home to the Carmeneras, Zinfandels and Pinot Noir.

How binary works, a superb skit: 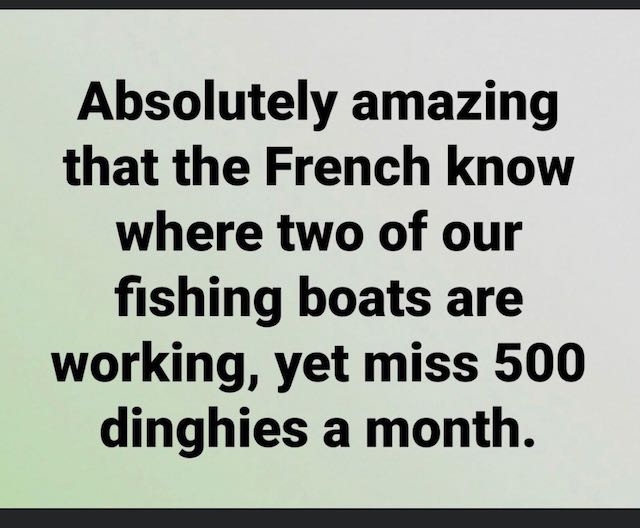