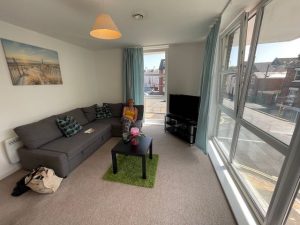 VRBO for the next 4 days.

As usual joining instructions are a shambles. VRBO is light, modern and pleasant, but oh so hot.

Afternoon tea and then off to Waitrose to get vitals. Come across a bottle of Waitrose Armagnac. A must buy.

Then have a stroll to Mexifun for a burrito. Very tasty. 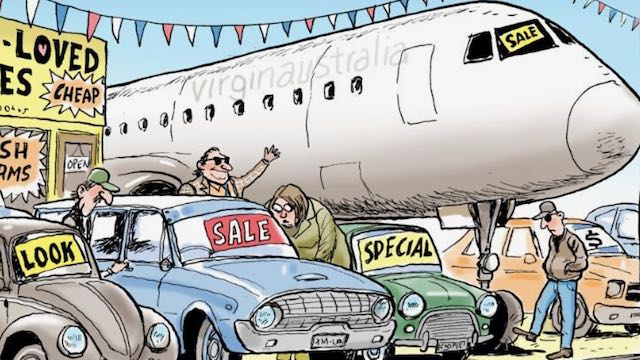 In case anyone is niave enough to think that sharia, islam, world domination and the caliphate are unreal just look what is happening now the Taliban have taken over Afghanistan.

“The Taliban banned women from going outside without the burqa and without male companions. They have banned music and instructed that men should not shave their beards,” said Sojod, 26, from the province of Jowzjan. “They are asking families to give their daughters to the commanders to marry them.”

“The working women in northern and central provinces are terrified. [The Taliban] are demanding girls and widows for their fighters to marry them off. This is really scary for young girls,” said one woman in Kunduz province, who did not want to be named. “Girls are barred from education above sixth grade [12 years old]. Many families are moving away to try to save their daughters.”

Coming to a town near you if we don’t do something to stop the rise of islam. 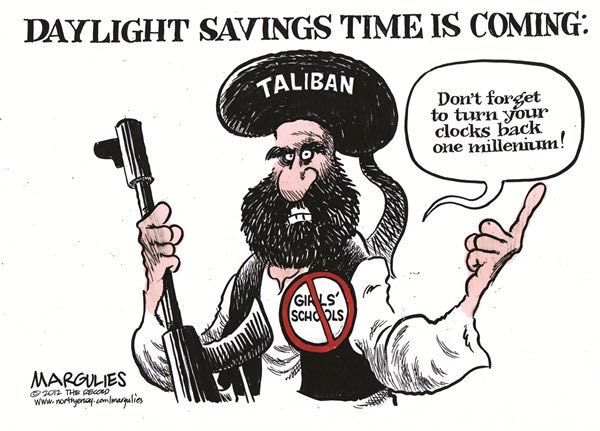 PM to call for common sense after Covid rules are dropped. We’re screwed.

We must learn to live with virus, warns Johnson. This seems an ultimate inevitability. 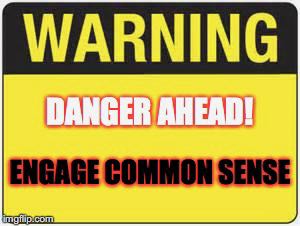 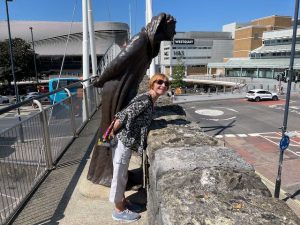 Usual lazy start to one of the hottest days of the year.

Off out for a stroll around Southampton. Walk the ancient walls of the city, what’s left of them. Looks like a very pleasant, modern and vibrant city. Yes, it has some dodgy areas but they’re in a minority. Wow, it’s hot. 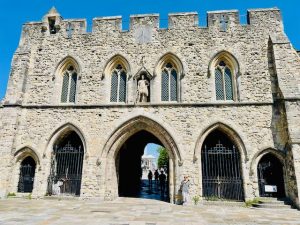 Back home for afternoon tea and then have a stroll to a Thai food festival in the park, but not prepared to pay £4 each just to go in.

Brett and Karine arrive about 17:00. Walk around to La Regata for dinner. Get a table outside and enjoy some great Tapas.

Swathes of England football fans have reported testing positive for corona virus following the Euros final on Sunday night, as Public Health England (PHE) issued renewed calls for regular testing ahead of the lifting of restrictions on Monday.
Some fans said that “pretty much everyone” they knew who headed to the stadium had contracted the virus or was self-isolating. The large numbers of fans reporting positive Covid tests following the match has led people to dub the illness “the Wembley variant”.

The final at Wembley, which was part of a Government trial to test the safety of large events, saw 60,000 fans attend with no social distancing or masks after producing a negative test result. However, thousands more congregated outside and dozens of ticketless fans stormed the stadium.

Let’s have a doorstep vigil for the death of common sense. 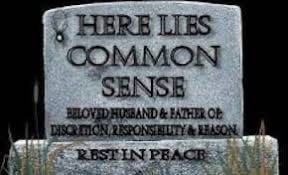 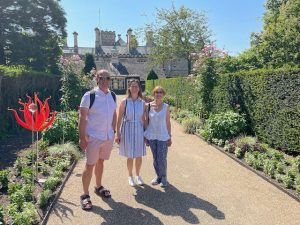 After a very French breakfast of croissants. We even have strawberry jam to go on them. Sacrilege, jam or even jam and butter on a French national icon. 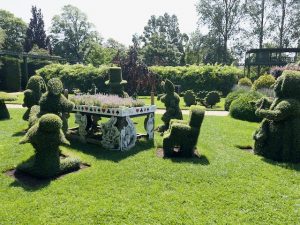 Back to Southampton, and a great day out nearly spoilt by traffic jam caused by cars queuing for Isle of Wight ferry (we’ll be in that queue no doubt in two weeks time).

Brett and Karine set off home. We have afternoon tea and then try and order our Sushi. Alas it’s a Monday and they, along with most restaurants, are closed. 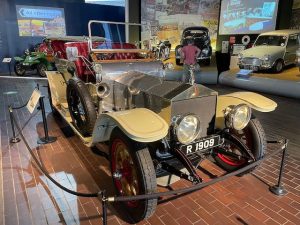 The perfect end to a very hot but great day.

Could this be our next caravan? 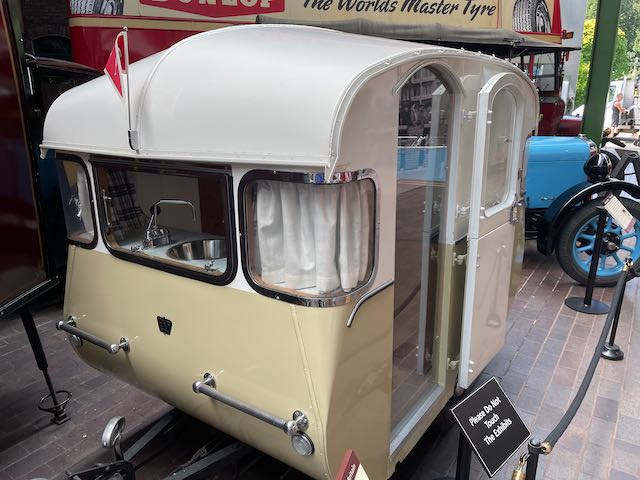 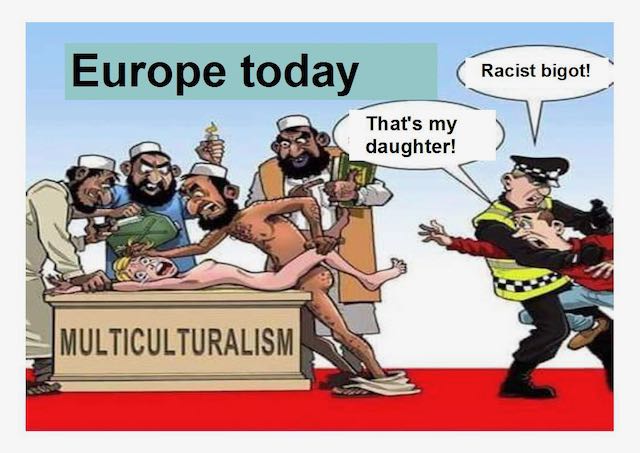 Good to see that despite freedom day about 80% of the populous seem to have respect for the lives of others and themselves by continuing to wear a mask indoors. Of course, there’s always the scrots who just can’t be bothered – mainly the young. The evidence for the vaccine and mask wearing is clear. Just look at the death rate of the unvaccinated. Meanwhile an international report published in The Lancet, which analysed data from 172 studies in 16 countries, found that by wearing a face mask there is just a 3% chance of catching COVID-19. Perhaps this virus is finally moving from a cull of the geriatrics into the “scrot virus” as it seems that mainly the young scrots who can’t be bothered to be vaccinated and wear a mask are at the greatest risk. 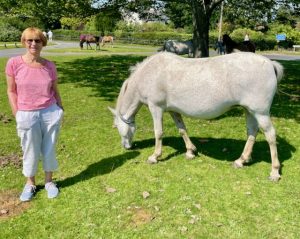 Off to an early start – 10:00. Planning on a day driving around the New Forest.

Roof down and we start off at Lyndhurst. Park up and have a wander around the town. There are enough charity shops for Wendy to browse. 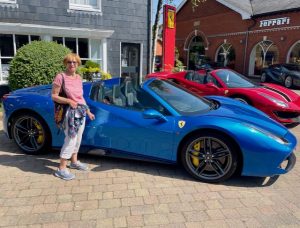 My next car – grandchild proof.

Then onto Brockenhurst. Just drive though.

Drive down to the coast and then along the coast to Lymington. Park up at great expense – £3 for 2 hours. Take our lunch and chairs and have it sat in the band stand. Better view of the estuary from up there. Have a stroll around the harbour but pass on a walk into town – too hot. 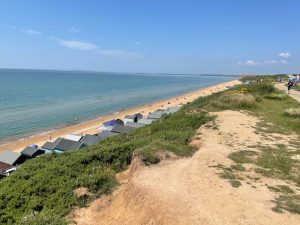 Then drive back towards Brockenhurst and pitch up our chairs by the river there. Try and have an afternoon tea at the local hotel, but despite enough empty tables to accommodate all of todays illegal immigrants from France they’re not ready for walk-ins, but will be in half an hour if we’d care to go for a stroll. You can imagine my retort and no we won’t be coming back in half an hour. Cricket match is on the village green.

Drive into Brockenhurst for afternoon tea at a more accommodating cottage hotel and tea room. Save a fortune. 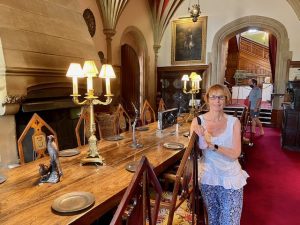 Call in at Beaulieu village but nothing really much to see there.

As me Mother would say “there’s still plenty of countryside”.

Then it’s back home after a long hot and sunny day.

Our plans are for Sushi tonight but alas they don’t open until 17:30. Tonight’s repast, Sushi at last. Only took us 15 minutes to order thanks to the little Japanese girl whose command of the English language didn’t even run to understand open or closed on the door sign.

Let’s replace all political decision making with these three pelicans. Put a political question to them and if two or more turn to the right within 4 minutes then that’s a yes, otherwise it’s a no. 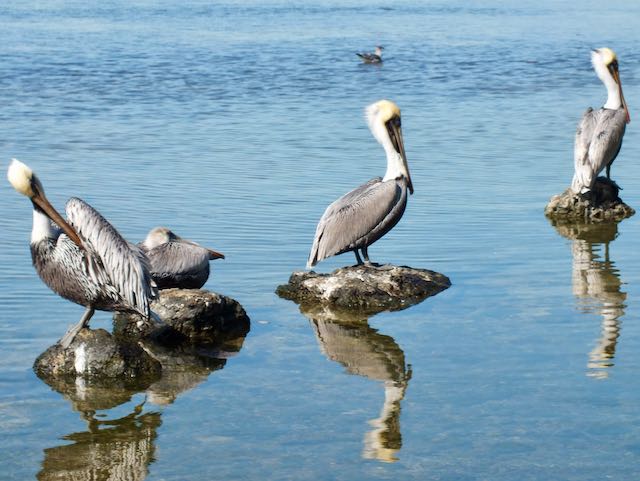 Even this cartoon offends the religion of pieces and permanent offence. 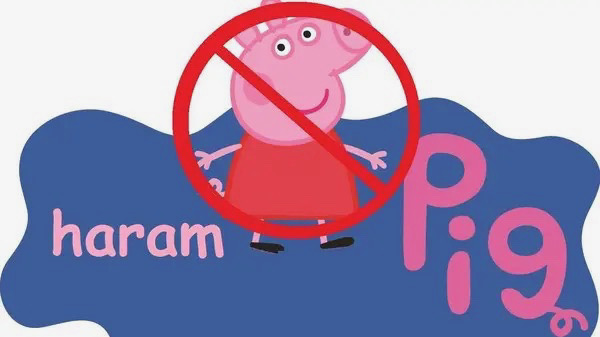 The world seems to have been overtaken by the woke, snowflake, libtard, multicultural, luvies. No doubt BLM will soon be augmented by WLM and while we’re at it what about MLDM – go figure the abbreviations. Whilst I’m sorry to hear of anyones death, lets retain a sense of proportion. If we’re going to consider or even mention a curfew for men, what about removing all stairs as more women die falling down stairs than through homicide.

What makes the luvies think they have a right not to be offended. I’m offended daily by cancel culture; book banning, it’ll be burning next; statue removing; extreme and violence of the BLM movement and their supporters; overpaid footballers taking a knee, or anyone else for that matter, especially the police; halal meat and it’s cruelty; illegal foreigners from 6th century, third world countries coming to this country and wanting to change it to the barbarism of the country they’ve come from. If you come to this country legally then you’re welcome as long as you don’t expect it to change for you, embrace and celebrate its culture. As for the slavery supporting, misogynist religion of pieces and permanent offence then we should especially stop pandering to it. I notice no one has dared to mention, for the avoidance of any doubt I’m talking about islam, it in the current furore of women’s rights. I don’t give a fig about the colour of your skin, but I am a culturist and object to you trying to inflict your culture on me and my country.

Off and away by 09:30. Drive home is fairly uneventful with just one minor traffic jam. Pick to dog up from Fiona’s and we’re home for afternoon tea by 14:30. End to a great trip. Villages in the new Forest don’t really have much to offer but it’s a scenic area and the wild ponies everywhere make it. The other good thing is that it’s not very big so you can easily backtrack on somewhere, most places are only 5-6 miles apart.

This says it all. 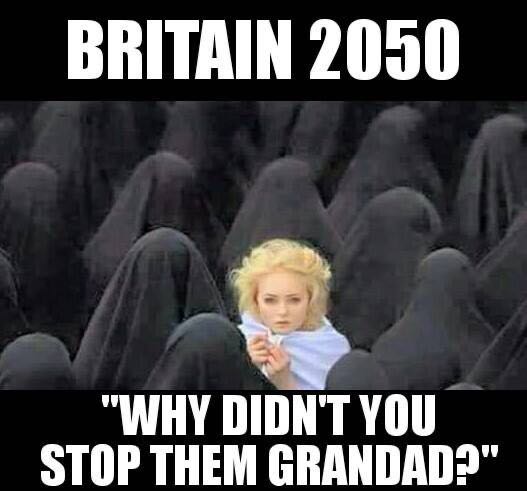 Where has all this come from? When will it end? 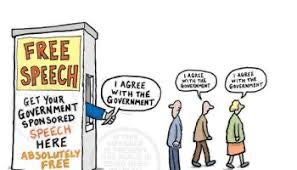 As recent events show, the SNP government is implacably opposed to the right to free speech, the most essential human right in any democracy. Not only has it forced the Orwellian Hate Crime Bill through, but it has also rejected Westminster’s Freedom of Speech (Higher Education) Bill. Ministers announced that they are in favour of free speech “only if it doesn’t distress or harass others”. A clear indication of just how far they are from recognising basic democratic rights.
Free speech is not a favoured concept in Scotland’s history. Prior to 1707 Scotland was never a democratic country, nor did the law afford protection to the expression of opinion. Aside from an enthusiasm for burning those whose views offended, Scotland had a vicious system of censorship and banned newspapers for years. Eerily pertinent is the execution in 1697 of Thomas Aitkenhead, a St Andrews student. His offence? He had been overheard in a university class questioning the accuracy of the Bible.