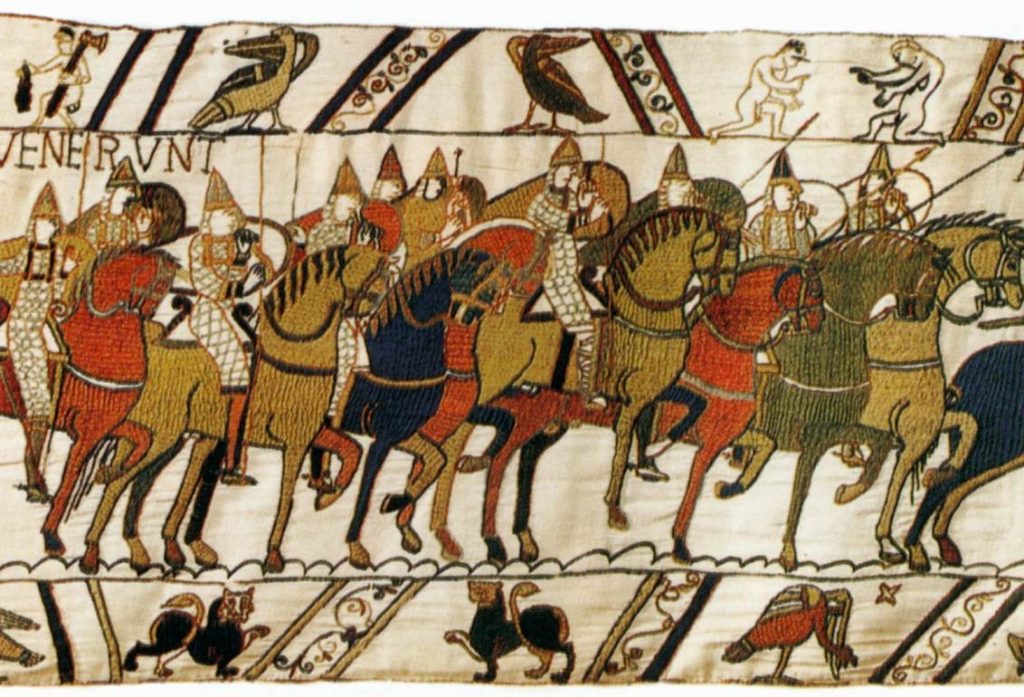 Budgie smugglers, beret and spare toilet seat packed; Wendy has her under arm razor packed; my “Remember Agincourt” tee shirt ironed and ready; been practising the middle finger gesture for weeks; Megaphone batteries charged up ready for when I have problems making them understand; gas mask ready so we can eat in a “NO SMOKING” French restaurant without getting lung cancer from second hand ciggie smoke; and not forgetting Wendy is taking everything in the kitchen, but thankfully she’s leaving the sink. Will there be any room left for some quality German beers or will I have to suffer drinking E numbers?

No reply yet on my email request to Macron, to remove from Normandy any French who don’t speak English,

Oh the joys of travelling. I’m on the ship / boat trying to listen to the Apple launch event when the driver starts rattling over the tannoy about some dam force 10 gale and apparently we’re still going to make the crossing. Sounds crazy to me. Never mind back to Apple.

Better have a few brandies to get a good nights sleep. As the ship’s driver said we hit quite a few pot holes, but I’m fine as long as I stay lay down in the dark. Then the inevitable happens and me bladder gets the better of me and I have to turn the light on to see where I’m aiming. That does it. I’m then shouting for Hewie and Ruth, but there’s no diced carrots just retching. Meanwhile Wendy’s snoring away.

Q: How do you keep a French person from crashing your party?
A: Put a sign up that says “no nudity”

Q: Why do French People eat snails?
A: Because they don’t like fast food!

Q: How does every French joke start?
A: By looking over your shoulder.

Q: What is the Guillotine?
A: A French chopping centre.

Q: Whats the difference between a smart Frenchman and a unicorn?
A: Nothing, they’re both fictional characters

Europe Is Killing Itself

Well said Pat. Pity we don’t have the politicians with the gonads to say it and do something about it.

In view of my Mal de mere, I pass on breakfast. Bacon and eggs just doesn’t tempt me. Arrive 2 hours late due to the gales.

After about 6 hours we finally get to the campsite and there’s nothing better than having to set up when it’s pissing down. Fortunately the caravan pitch is fairly level. It’s two years since we did any of this so it’s all a bit of a mystery and the occasional screw up.

After much cussing we get set up.

There’s a free wine and cheese party on the site and then it’s off to the sewerage farm, AKA Intermarche, Supermarket for tea and breakfast supplies.

So we arrive safely in France.

How do we know it’s France. Is it the guys on bikes with onions? Is it the snails winking at me from their shell? Is it because we’re on the different side of the road? No none of the above.
It’s obvious when you walk in the supermarket and that aroma of raw sewage just tantalises your nasal passages, as they’re obviously still using that eau de savage raw sewage floor cleaner to give that distinctive and welcoming smell. Vile.

Sleep like a log apart from the clamour of rain on the caravan roof. Oh the joys of caravanning.

If You Live in Freedom, Thank the British Empire
Thursday – cool, windy and sporadic torrential downpours.

Finish off the set up. Get wifi set up. Pretty good this caravanning, once you’re all set up.

Supermarket trips for essential supplies such as wine.

Don’t bother setting up satellite as I’ve downloaded loads of BBC and Netflix, plus wifi is pretty good so should be able to watch as needed. It looks like our 90cm, Goon Hilly Down satellite dish, can be scrapped. With wifi we can get Netflix although SmartDNS struggles with BBC and HBO – thats French internet for you.Installed SmartDNS VPN on MacBook and that copes with the BBC problem – connect via Smart DNS VPN in WiFI Preferences.

I recently asked a retired police sergeant, who I though was a good friend, for a reference so I could join a local gun club. Here is his response:

I have been requested to endorse the suitability of the above in respect of membership of a firearms club.

I can confirm I have known Mr Edwards for a period in excess of two years.

He is conscious of his commitment to the community, not only in the UK but also the United States.

In the UK, his domicile country, he is a founder member of the Belthorn EDL, actively engaged in organising rallies, protests and other methods of eradicating Muslim progression, such as the banning of burkhas and the burning of the Quran.

He is also a honorary member of the Park City Klu Klux Klan, and was instrumental in the introduction of legislation banning the use of magic underwear.

When armed, he presents no threat to the wider community, except those well wide of the target, being incapable of hitting a barn door with a sawn off shotgun from 6 paces.

He was trained in the use of a variety of weapons at the Stevie Wonder School of shooting skills, but unfortunately failed to reach the minimum standard required. He has however assured me he mistakenly wore a pair of welders’ goggles instead of conventional eyewear resulting in a below par performance.

I fully endorse the application.

I don’t believe it. Well sadly and actually I do:

Amid a devastating hurricane in Florida, police there are having to warn people not to shoot at the storm after a Facebook event, “Shoot At Hurricane Irma” garnered 54,000 replies of interest.

“To clarify, DO NOT shoot weapons @ #Irma. You won’t make it turn around & it will have very dangerous side effects,” warns the sheriff in Pasco County, which is north of Tampa along Florida’s west coast.

Obviously a NRA inspired scheme. Only in America. 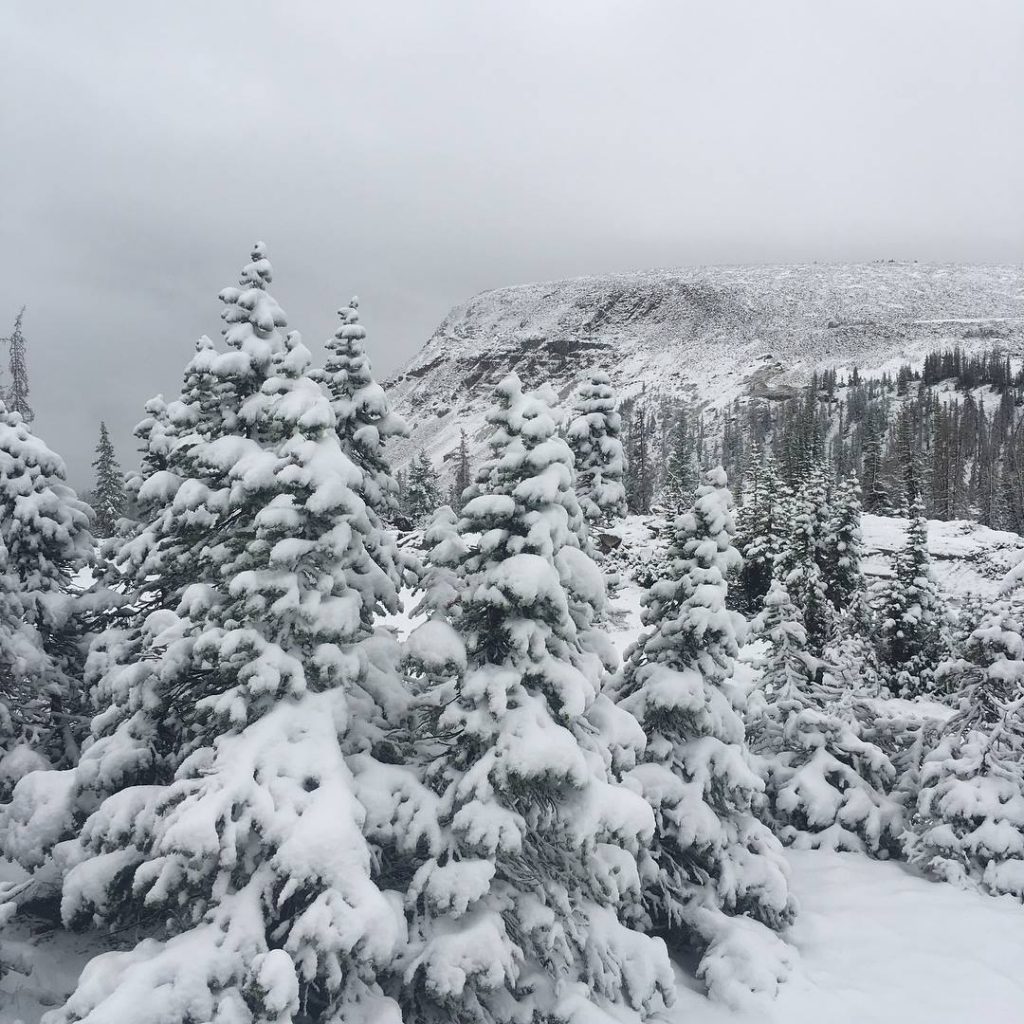 Visit the Bayeux Tapestry today. All that history and culture. Not impressed with the quality of workmanship but it’s an amazing length. I suppose it was the comic strip / Netflix / TV of it’s day.

Typical French signposts. Start off quite well when they’re at a distance. Then when you’re within about 200 yards you’re on your own.

Friday night Peter and Fran come round for drinks. We manage to quaff some French wine whilst putting the World to rights. It’s amazing how similar our views are. When will we get some politicians with some gonads who will tackle BREXIT and realise that islam is the problem. It’s a late night – midnight – as there’s one hell of a lot to put right.

Rain and hale is horrendous.

Sorry no photos of the rain this blog.

Never knew much about English history, 1066 and all that but here’s a potted summary of the yarn the Bayeux tapestry tells:

This big cheese Eddie ( King Edward the Confessor of York) is on his last legs and has no legit kids, so he sends Hal (Harold Godwinson) to Normandy to tell Bill (William the Conqueror), born wrong side of the blanket, that he wants him to become the big cheese when he finally kicks his clogs.

Hal sets off across the channel, but being a total twit gets lost, lands in the wrong place and is taken hostage by a rival gang. Meanwhile Bill hears about this and arranges for his release.

Bill then takes Hal on some kickass gang warfare for a bit of light relief and to kill the boredom. Hal becomes a signed up member of Bill’s gang and agrees to be his faithful sidekick when Bill becomes the big cheese. Hal then goes back to England to report back to Eddie. Meanwhile Eddie finally kicks his clogs. Hal decides he’d like all the power that Eddie had, so he welches on his deal with Bill and becomes the big cheese.

Bill finds out that Hals ratted on him and is pissed, so he gets his gang together and sails over to England to kick Hals ass. Hal and Eddie’s gang have a mega rumble and Hal gets poked in the eye with an arrow which turns his lights out. Bill and his gang take over from Hal and Bill becomes the big cheese.

Meanwhile in 1066, but not depicted on the tapestry, no doubt for fear of appearing islamaphobic, a Muslim mob storms the royal palace in Granada, crucifies Jewish vizier Joseph ibn Naghrela, and massacres most of the Jewish population of the city. Nothing new there then and still it goes on.

Meanwhile back in the Uk there’s yet another islamic terrorist bomb on the tube – 29 injured – and would have been a disaster had the bomb worked properly. Thank the FSM most of these jihadis are thick. Yet more platitudes and feeble response. What will it take before our PC bed wetter politicians realise that Islam is the problem; we are at war; do something positive about the problem.

Stop being frightened to even talk about it. Stop trying to stifle free speech. Stop using that word islamophobia. It is totally irrational not to fear Islam.

It’s time for some strong action against this vile ideology.

Go read the Quran and see if you still believe Islam is a religion of peace.