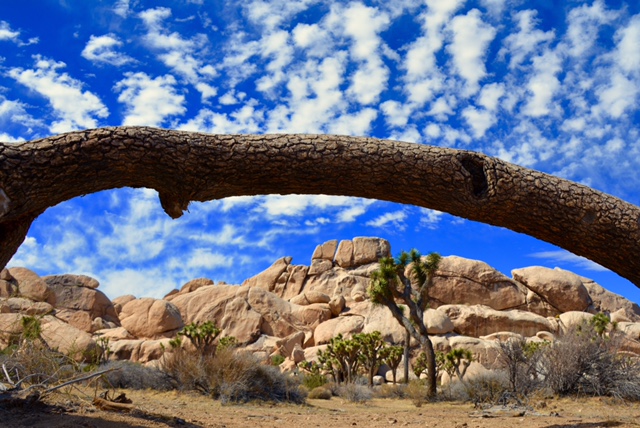 Up and out early. Exciting day, off to the Joshua Tree National Park, just 30 minutes down the road.

Well the Joshua Trees are ok, but the rock formations are spectacular. Perhaps they should rename it Awesome Rocks NP. Turns out that may well be necessary as the Joshua Tree is threatened with extinction, due to climate change, and may well have died off by the end of this century. It’s not really a tree but a Yucca and only grows at elevations between 1,300 and 5,000 feet. What’s really narking me is why does it only grow in this altitude range? Well apparently it won’t grow above 5,000 feet because of snow and frost damage, but I can’t find out anywhere why it won’t grow below 1,300 feet.

Another awesome 7 hour NP day. I’ll now have to spend weeks culling 100’s of pictures of rocks, but well worth it, and free with our NP pass. 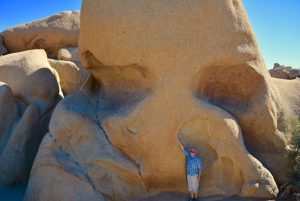 In order to maintain a sense of balance in this pantomime of an election campaign I’ve decided that on odd days I’ll watch Fox News and on even days I’ll watch MSNBC. Day 1 of the crazy voices from Fox. Will I survive MSNBC tonight? For newspapers I’m reading Wall Street Journal and New York Times.

Perhaps I should just watch reruns of the Magic Roundabout – time for bed said Zebedee.

Another awesome day. This time we’re in Joshua Tree NP. How fortunate can we be to be able to explore these awesome National Parks. It’s the centennial year of the NP, thanks for “Americas Best Idea”.

My all time favourite:

If builders built buildings the way programmers wrote programs, then the first woodpecker that came along would destroy civilisation.

But they are useless. They can only give you answers. ~Pablo Picasso, about computers 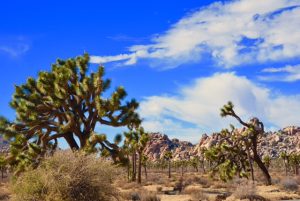 Computers have lots of memory but no imagination.

Chaos reigns within.
Reflect, repent, and reboot.
Order shall return.

As network administrator I can take down the network with one keystroke. It’s just like being a doctor but without getting gooky stuff on my paws.

If you have any trouble sounding condescending, find a Unix user to show you how it’s done. 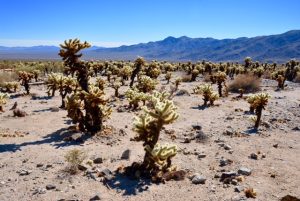 Lazy morning and a trip to Starbucks.

After lunch we drive down to Palm Springs to see what all the fuss is about. Well it’s a vary pleasant town with the centre being full of restaurants, clothes shops and “don’t need, but if brain dead, might want” shops.

It’s that hot that most of the restaurants have mist sprays to keep their outside clients cool. We have similar in Belthorn, it comes naturally and is called rain.

Call in at a supermarket, joy, for the weekly shop. Beer section has the usual parade of nats urine but not a decent beer, even Pilsner Urquel, in sight. 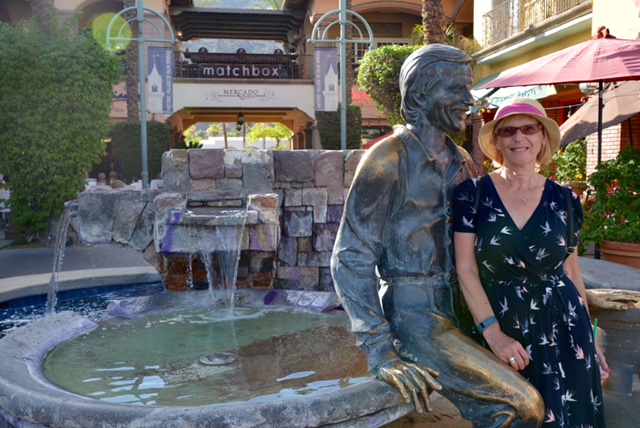 Who’s the boyfriend. Watch out Trump may be about looking for some ass. 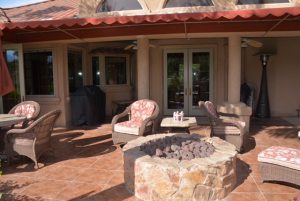 The award of the Nobel prize for literature to Bob Dylan is not just a long overdue recognition of one of the world’s finest lyrical poets.

It represents a cultural sea change: an understanding that entertainment can also carry intellectual and emotional meaning, that popular music is a genuine art form, that the Nobel prize need not be awarded to obscure litterateurs you have never heard of, and that opera is not the only way to blend words and music into sublime meaning.

It is a sign that the times they are a-changin’. 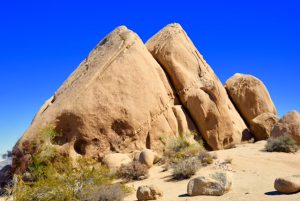 Hells bells and set fire to it. I spend all this money on an eCopy of the times and what’s the best headline they come up with today “Tesco takes Marmite off the shelves”. I ask you who gives a shite? Less than 20% of the population are stupid enough to shop at Tesco and of them how many buy Marmite anyway. The Middle East is a basket case, Irans a nightmare, Islam is at war with the west, Germany is plundering Europe, the pounds being hammered, we’ve not yet escaped the EU and Americas playing out the greatest pantomime on earth, with the worst two possible candidates for President that you can imagine. Meanwhile we’re concerned about Marmite. I despair.

Is Islam a religion of peace? A very reasoned article:
Friday – hot and sunny.

Well it’s a repeat of the big concert tonight through Sunday so we’ve decided to keep a low profile and have a couple of lazy days to avoid the crazy people and their gridlock. Who knows with Bob Dylan being a Noble Laureate there may be even more of the crazy people. 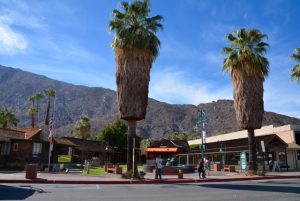 After much digging it seems like the best theory on why the Joshua tree does not grow below 1,300 feet is down to lack of moisture – rainfall and transpiration at lower levels. That also seems to be the reason that alpine trees only grow above a certain altitude. 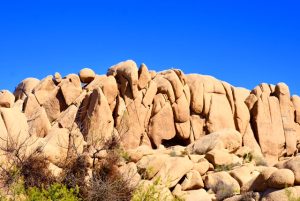 LON­DON—Jonathan Dunne, a 42-year-old from Col­orado, set off for Covent Gar­den tube sta­tion Fri­day with a posse of helpers, many of whom he had met through Face­book. Af­ter be­ing pub­licly ridiculed in the worst pos­si­ble way the first time around, he was more de­ter­mined than ever to re­al­ize his dream.

A week ear­lier, the Amer­i­can ex­pat, a health-ed­u­ca­tion worker, handed out a batch of 500 badges em­bossed with the words “Tube Chat?” at an East Lon­don sub­way sta­tion—a bid to help spark con­ver­sa­tion among the Un­der­ground’s ul­tra-re­served pas­sen­gers. Things didn’t go the way he hoped.

Sadly he stands no chance with the Southern softies.

Given the two jester clowns in the greatest pantomime on earth (USA Election Campaign) unraveling before our very eyes, it seems appropriate to have some awful jokes about them. Ladies first: 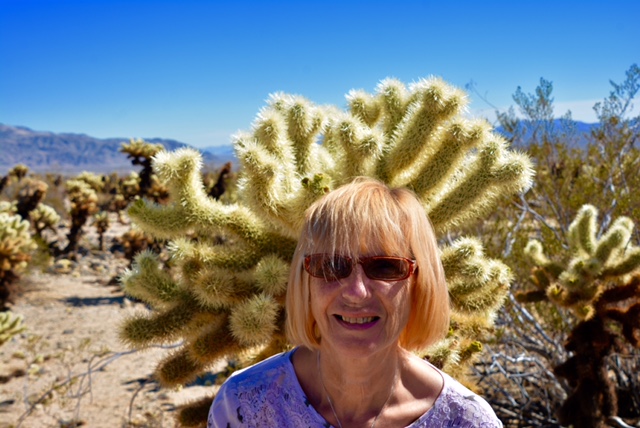 Why is Monica Lewinsky not voting for Clinton? Because the last Clinton left a bad taste in her mouth.

Why is Hillary Clinton running for President? Because it’s easier than running from Law Enforcement.

Why should conservatives vote for Hillary? Because a woman’s place is in the (White) House.

Why does Hillary prefer dogs to Bill Clinton? A dog chases his own tail

Why shouldn’t Republicans worry about losing in 2016? Apparently depression is covered by Obamacare.

What was Hillary Clinton’s last gift to Monica? Spot remover. 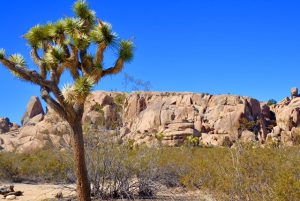 Well that’s two nights of Fox and two nights of MSNBC. I’ve lost the will to live. It’s like they’re in two different universes with completely different sets of reality – perhaps the multi-verse theory has some merit after all. I’m giving up on balance with this election and climbing off my virtual surf board, a blind man on stilts on a surfboard stands more chance of maintaining balance.

I give thanks to my retirement commandment “No daytime TV”.

From now on it’s either the Magic Roundabout or pornography – no chance here in Puritan land.

Fairy Tales and Fables – The Quran

If Allah is a supreme being, creator of the universe and all that codswallop, how come he lets satan mess with his messenger. Initially Muhammad praised and confirmed the existence of three goddesses, worshipped by pagans, by confirming their ability to intercede before Allah. This caused the pagans to bow in worship and also praise Muhammad for speaking highly of their idols. Later Muhammad, the messenger of a Allah, claimed that his statements were not from God but from Satan who caused him to slip! So how come a supreme being couldn’t suppress such cross channel interference.

And this is what sparked off Muslim spitting their Fatwas out because someone had the temerity to write about it with the “Satanic Verses”. Bring it on they desperately need to man up and thicken their skins. 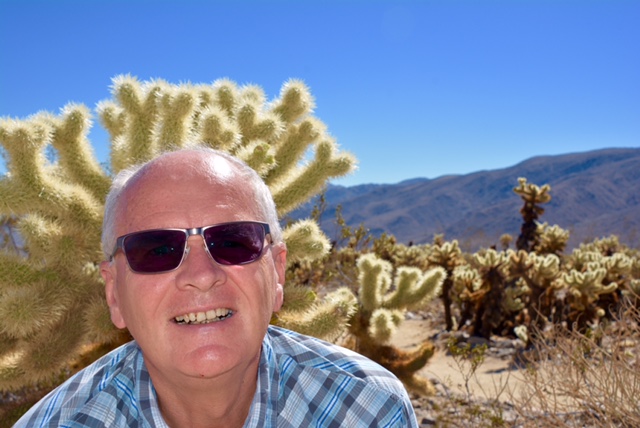 Lazy morning and then for lunch we have a drive down to La Quinta village. All very swish, but not really much to it. Wendy spots a Trader Joes and a Lidl, so like a couple of intrepid trolley spotters we explore – how sad is that.

Wendy lunches at Panera Bread. Then back home to the secret entrance to our gated community, manned by one TSA reject, but at least there’s no queue. With all the bald pony tale crazies (Dylan fans) around it can take upwards of half an hour to penetrate our ultra secure gated community – who knows what they’re protecting us from is it Paleo-BanTheBombers, flea infested rag headed jihadis or Trumpkins.

Watch Captain Philips in the evening, followed by Poldark and an aged Question Time with some gobby American wench, God only knows why we ever granted her citizenship. It really is about time David got a grip. Raw sewage buckets poised over heads could help them engage brain before gobs.

The other day I got to see one of the new Teslas. Wow. Great looks; awesome interior; self drive; screen bigger than an iPad Pro; 0 to 60 in under 3 seconds. Best of all energy efficient. 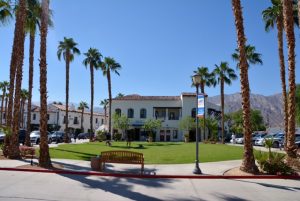 What is Donald Trump telling Independents? Orange Is The New Black.

Fear is the Path to the dark side. Fear leads to Anger, Anger leads to Hate, and Hate leads to the Republican Nomination.

Why shouldn’t Donald Trump rag on illegal immigrants? Because an undocumented worker has been living on his head for the past 2 decades!

Trump: “Foreign Policy?, if you mess with the United States, there will be hell toupee.”

If minorities have the race card and women have the gender card, what do rednecks have? The Trump Card

What airline does Donald Trump aspire to fly? Hair Force One!

Views from a sensible Muslim. Yes they do exist: