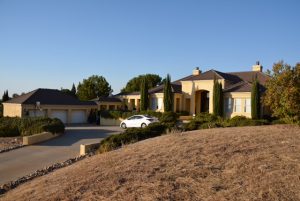 Wow this home exchange is awesome, even has its own swimming pool and great views over the golden parched earth, with just a hint of green down by the river. California’s had 5 years of drought, it’s golden through the dried out grass. Looks more like a desert. As to the home I’ll let the photos speak for themselves. It’s on a gated community, keeps the riffraff (only Costco trade customer allowed in) at bay, the homes are all 100’s yards apart – room to breathe.

We have a lazy day after our wonderful but busy Yosemite experience. It’s so good to have Internet, I can catch up on blogs, the news and the 1001 questions. Wendy’s busy pricing up a Disney Cruise and Orlando trip for the whole family next Autumn. She’s right excited.

It’s hotter than hell and half of Georgia, 98F / 36C and not a cloud in the sky. I knew that Palm Springs was going to be hot but had no idea that Fresno was as hot.

In the evening we catch up with Netflix. 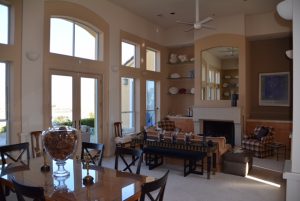 These good things, good news and things to celebrate are really taxing me. There’s absolutely nothing in the Times, Walls Street Journal, New York Times or on even BBC or Daily Mail. As to Fox News and the Daily Express I don’t even bother. 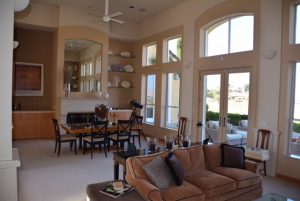 Has anyone noticed how the police worldwide seem to have become experts in psychiatry all of a sudden. Every time there’s a bomb blast or attack on the public, that any right minded individual would ascribe to the religion of pieces and permanent offence, the police within minutes are able to diagnose “mental illness” as the cause. No wonder we’re closing down all these psychiatric wards and casting the patients out on the streets as the police are all expert psychiatrist and can provide all the care they need.

They invariably are struggling for days to find any other motive. Even though the perp may have shouted Allah Aqaba, be of middle eastern origin, complete with a beard and was dressed like some 7th century barbarian. Yet quicker than you can say “Mohamed peace be upon him” they’ve diagnosed this mystery attacker as having a “mental health” problem.

Come on folks, lets man up, face the problem that Muslim extremists are at war with us, and call a spade a Muslim terrorist.

My only conclusion is that reading the Quran or being a Muslim must cause mental illness. 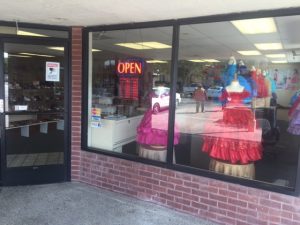 Madera – I think we’re really in Mexico. There are 6 of these big fat Greek wedding dress shops on Main Street, they stay open until 20:00. How do they survive?

Trip into Madera. Wow I think we’re in a remote Mexican town. Nearly all the signs are in Spanish. Most of the people seem Mexican. All of the restaurants are Mexican. The place has more bridal and gown shops than rednecks at a Trump presidential rally, every one of them selling frilly gown from the 1950’s. How can a place this size supporters 6 bridal shops. Is it the wedding, divorce and remarriage capital of California – big fat gypsy wedding springs to mind.

We encounter a few Trump signs but most of the political signs seem to be “We need jobs and water”. Does this hint at why Trump could be popular?

There are some signs of civilization as they have a MacDonalds, Starbucks and even a Taco Bell. Wendy passes on lunch. Mind you didn’t see a visitors Centre.

Mark Zuckerberg and his wife, Priscilla Chan, have pledged more than $3 billion towards a plan to cure all diseases in the lifetime of their 10-month-old daughter. 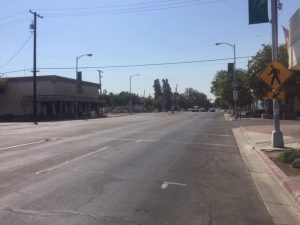 Wot no scorpions (shaking my shoes just in case), snakes or bears yet. Centipedes yes, and there’s 8 vultures circling the house. Should I be worried.

After the usual lazy morning we set off to explore Fresno. Sadly not much to it. Go down to the Woodward Park to do a geriatric shuffle around the Japanese garden – sad to admit I quite enjoy them these days, really screws with my 16 year old mind. $3 to park my car and to top it all the Japanese garden doesn’t open until 16:00. Pass. Have a wander around the lake, not a blade of grass to be seen, just geese and geese shit. 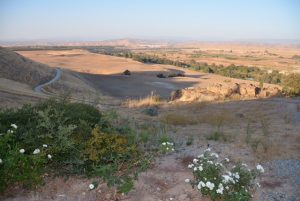 View from the lounge.

Never mind there’s a WholePayPacket downtown so we head off to make Wendy’s day. I get a freshly made burrito for me tea. 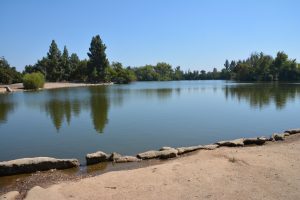 A cruise is on the bucket list of many grandparents

Hoping for a big inheritance from Granny? Forget it — she is going to spend it all before she goes.

See the Times article on how your inheritance is being frittered away: http://www.thetimes.co.uk/edition/news/grandparents-blow-kids-inheritance-3wpzn332w 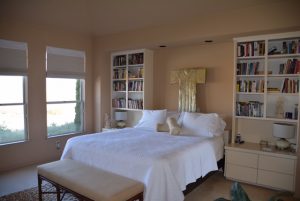 Drunk people are not allowed to come in a bar.

It is illegal to throw a grenade on the street.

No one may tie their pet to the roof of a car.
Actually this law was written to protect animals riding in the bed of a truck. Accoring to the law the pet needs to be in a secured cage in the manner that the animal will not be thrown from tne vehicle, fall out of it, or be able to jump from the vehicle.

A moose may not be viewed from an airplane.

It is illegal to whisper in someone’s ear while they are moose hunting. 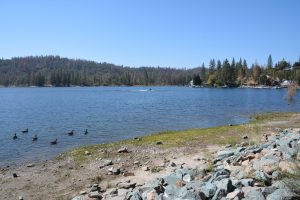 Take a drive out to Bass Lake, we’ve been told it’s very picturesque and nice restaurants. Drive past the turning and 8 miles later do a U’y.

Well there’s not really much to it. Nearly all of the lake front is private property. Americans have this obsession with trespassing signs –
‘You will be cited, blah, blah……’. Pass on the two restaurants. Drive down the lakeshore and finally find picnic area by the lake. Time for our picnic. Then some shifty individual comes and asks for $5 to park in day use area of National Forest. I point to my Nation Parks pass which he claims isn’t valid – wrong go read the T&C’s.

Well I’ll express my feelings on Bass Lake on trip advisor – don’t bother. No wonder so much property is up for sale. 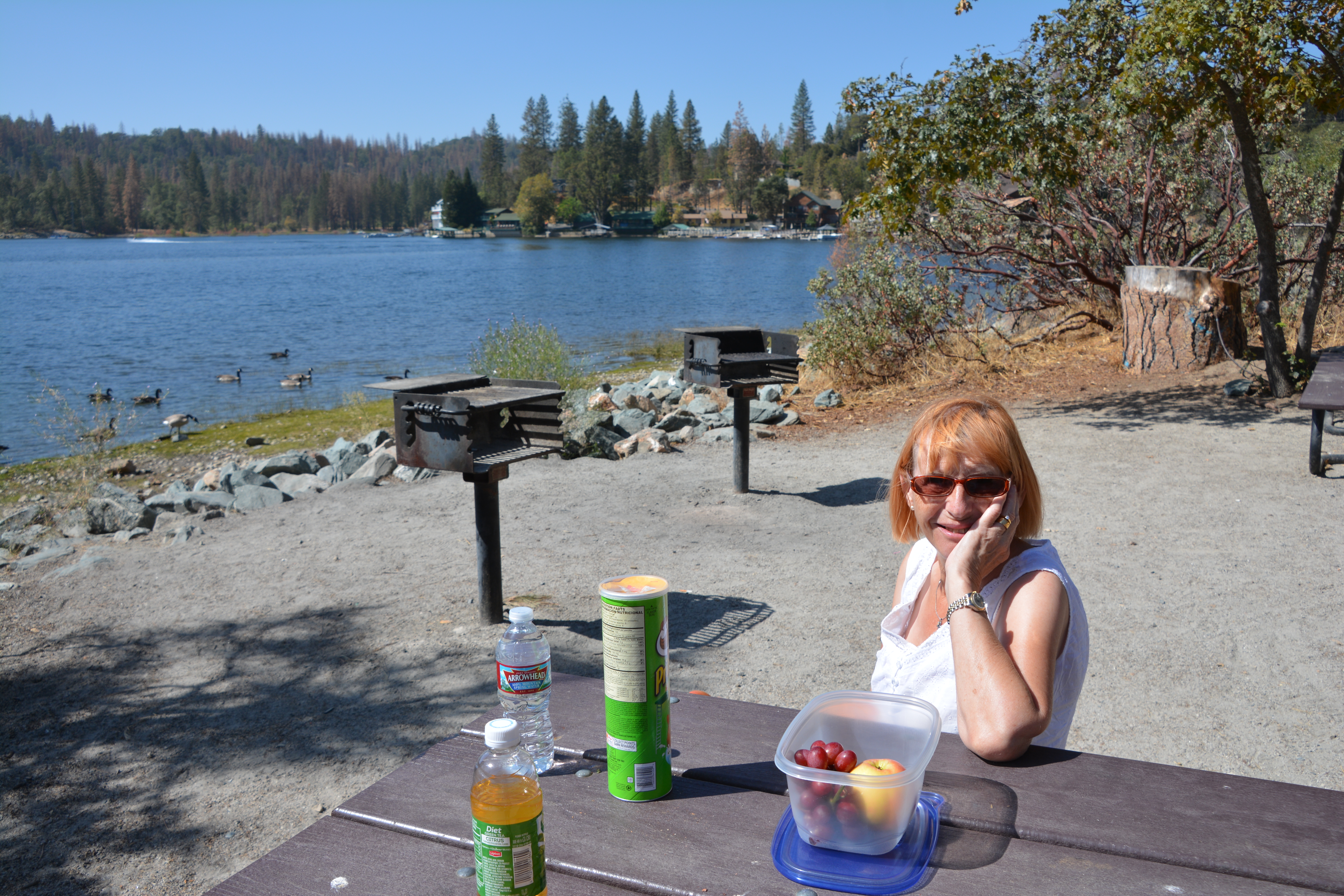 Take the scenic route back home. 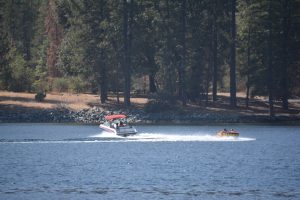 Evening in with me ranting and raving about crap software, websites and especially BBCiplayer and Wendy ranting and raving about knitting patterns. Quite consoling really as now she gets a taste of the joy of incompetence. Time for Saturday afternoon amphitheater lion feeding. Today’s food could be the whole of the BBCiplayer software team, lead by the director responsible, and the author of V&A Products Ltd, knitting patterns.

The new center will be funded, primarily, by a generous grant from the Open Philanthropy Project for $5,555,550. The center will focus on research around value alignment, in which AI systems and robots will be trained using novel methods to understand what a human really wants, rather than just relying on initial programming.

Will a robot take your job. 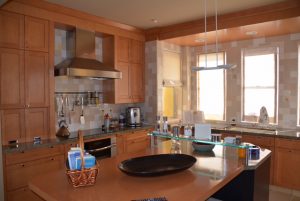 As we approach the singularity, sometime in the next 15 years, then artificial intelligence and robots are likely to replace human workers. The BBC have a website that assess the risk you will be replace. It seems if I was still working in IT then I’d be safe in the bottom 20 jobs least likely to be replaced, along with nurses and teachers (I find this job rather surprising). It seems that the safest job is as a publican, while the least safe is Telesales (finally them dam accident claims guys get their come up-pence) and secretaries. Amazingly it seems that drivers are halfway down the safety list, I would have thought they are much nearer the least safe with all the effort already going into driverless vehicles. 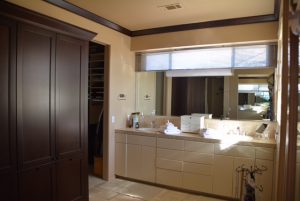 Lazy day today. Wendy’s gamy knees playing her up so she’s resting ready for the next 4 days on the road and in the National parks.

We also need to pack and tidy up. Fortunately this is a lovely home so it’s quite relaxing, like staying In a 5 star hotel. Sadly the area around Fresno is not exactly a tourists dream but to be fair it is the largest town nearest (2 hours drive) 3 national parks. Actually it’s worked out quite well to have 6 relaxing days after Yosemite and before our next NP’s foray.

Finally a word on my scientific experiment to discover if all this dry golden California grass is dead or just parched awaiting some rain, to spring back to life. For the past 5 days I’ve daily watered a square of California’s finest gold grass. I’m sad to say it has not come back to life. It is well and truly parched to death. The only way California’s every going to be green again is plenty of rain and grass seed. 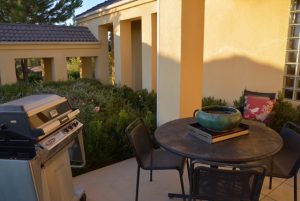 And of course an all American barbecue.

Perhaps Moore’s law is not defunct after all, 100 chaos based circuits could do the work of 100,000 single function circuits.

Kia explained that his team’s theoretical chip design utilizes chaos theory. Instead of each circuit in the chip performing a single function (as they do currently), the circuits would each be multifunctional. This would allow the same number of circuits to perform an increased number of functions, resulting in more powerful chips without the need to make them any smaller. 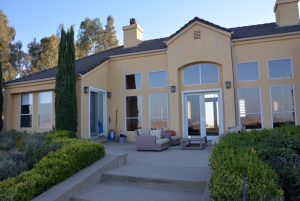 If computers get too powerful, we can organize them into committees. That’ll do them in. ~Author Unknown 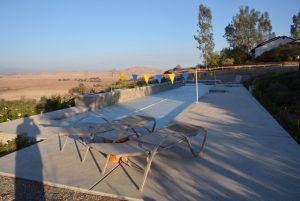 The problem with troubleshooting is that trouble shoots back. ~Author Unknown

To err is human, to really foul things up requires a computer. ~Bill Vaughan

Treat your password like your toothbrush. Don’t let anybody else use it, and get a new one every six months. ~Clifford Stoll

User – the word computer professionals use when they mean “idiot.” ~Dave Barry

Computer Science is no more about computers than astronomy is about telescopes. ~Edsger W. Dijkstra

Fairy Tales and Fables – The Quran 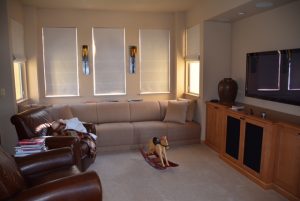 If Allah is a supreme being, creator of the universe and all that codswallop, how come the interpretation of jihad is so often misconstrued. The dhimmis, PC liberals, appeasement monkeys and radical inmans will all try to con us that jihad is not physical violence or war, but “an inner struggle..”. Yeah, of course it is! In which case, how come the fairy tale guide to world domination – the Quran – explicitly excuses the old, infirm and disabled from jihad? Surely if it’s a benevolent inner struggle then physical infirmities would not inhibit you from jihad.

I rest my case.