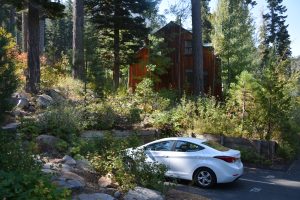 Our home for the next 5 days.

Well we’ve survived 10 days at sea and finally managed to escape, no thanks to the decrepit inhospitably and inefficiency of Homeland Security – NSA I don’t care if you’re listening.

Pick the Hertzmobile up and then it’s a very pleasant 4 hour drive, over the Golden Gate Bridge, up to Sacramento and over the mountains to Lake Tahoe.

Arrived at our luxury home. We’re 4 miles down a single track road that looks like the San Andreas fault runs down the middle of it. Last paved when Macadam was a lad. 10 miles to the nearest supermarket / wifi and 16 miles to nearest Taco Bell and Starbucks. How do people cope! 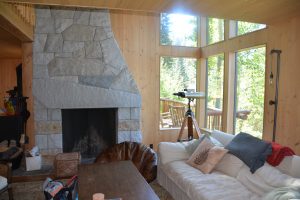 It seems that the colonials have not quite heard of mobile phones yet, there is internet but it’s even pricier and slower than onboard ship. Piracy is not confined to the high seas. $15 a day, and then runs at a MAXIUM blistering speed of a knackered donkey, all 1Mb per second, about as useful and expensive as a diamond studded condom. Don’t think we’ll have any problems with noisy neighbours, traffic or noisy red knecked scrots on Harley’s – bears might be an issue though.

Oh well looks like I’ll be spending a lot of time in Starbucks. 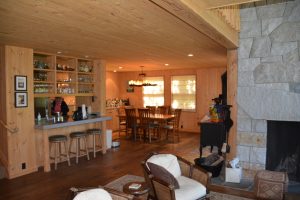 It’s a gorgeous home, with a great deck, views over Fallen Leaf Lake and of course the obligatory all American barbecue, big enough to roast an ox on. The silence here is deafening and oh so relaxing. As well as no internet there’s no TV, so we’ve not had the pleasure of the Trump versus Clinton pantomime – how sad. To keep us amused though they do have blue rays; a pool table (sadly not a clue how to play); sauna; bikes and a leaky kayak; a wonderful selection of whisky and enough different vodkas to enable me to hibernate all winter; there’s even pot and pipes provided – perhaps it’s standard hospitality in all California homes.

TV must be all of 60″, but sadly you’re sat only 6 feet away – fortunately we have no TV signal, Trump and Clinton that close up would be so scary you wouldn’t be able to drive a wet watermelon seed up me butt with a sledge hammer. 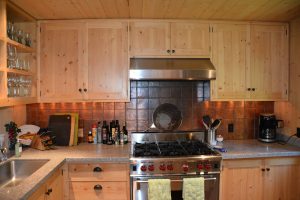 You know you’re a geriatric when a young women comes up to you. Wow you think you’re lucks in, but no she offers to help you carry the groceries up to your cabin. How very kind but oh so cruel.

Just lately I’ve been giving this Illegal immigrants and economic migrants (AKA refugees) issue a lot of thought and have come up with a simple solution. Ship them in batches of 200 to Belthorn for 3 days. By the end of 2 days of Belthorn’s weather they’ll be begging to return hence from where they came. 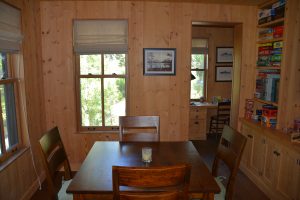 A lazy morning while Wendy unpacks and does battle with the giant washing machine, don’t forget it’s America and everything’s bigger.

Finally we toddle off into South Lake Tahoe. First stop Starbucks to communicate with the World and publish a long overdue travel / rant blog.

Drive down to the lake to park up and then have a pleasant stroll around. 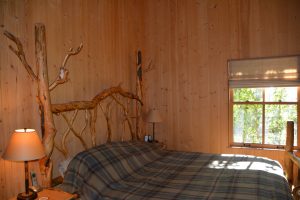 Wow Tahoes changed from when we skied here. All very swish but wot no snow? If I stick around long enough I’ll be able to use my Park City Epic ski pass for free skiing. The most noticeable thing after 10 days on a floating calorie factory is the lack of blobbies. Most people look fit, healthy and capable of walking 10 feet without the need of an electric wheel chair. 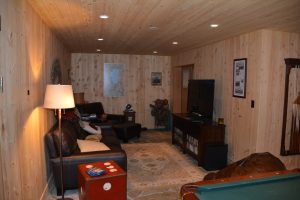 It must be karma. Yesterday I facebooked (it’s a new word) how we’re out in the wilds but at least there’d be no noisy Harley Davidson scrots gunning there engines to compensate for having a small dick. Today we end up travelling at the speed of an arthritic tortoise behind two such noisy scrots down the 4 mile single dirt track to our cabin. No doubt we’ll be awakened at the crack of sparrows, as they share their macho excess decibels with the whole neighbourhood, in the hope of convincing everyone of what a big dick they are – are they red necks?
Tuesday – hot and sunny.

Have a wander down to the village store, beach and boat dock. Then set off to the Tallac Historic Site. 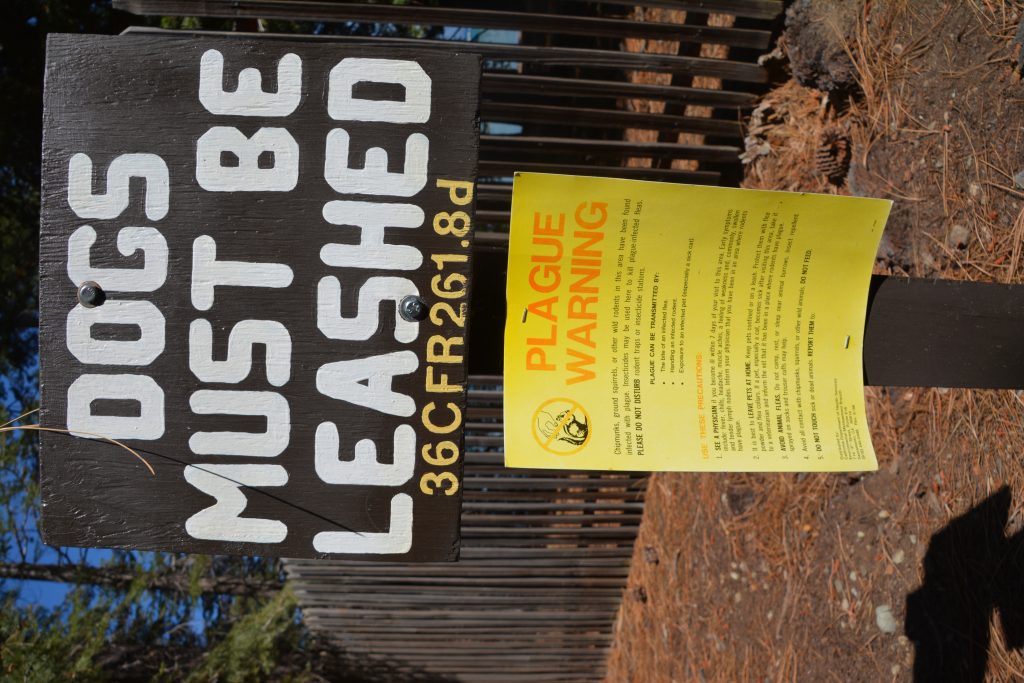 I’m so glad we’re in a civilized country, who gives a dam about the risk of plague if you venture into the Tallac Historic Site, after all it’s nowhere near as virulent or dangerous as Ebola. Glad to see there’s a picket fence around the site. That’ll keep the plague ridden fleas in!

Despite the plague it’s all very picturesque and best of all free. 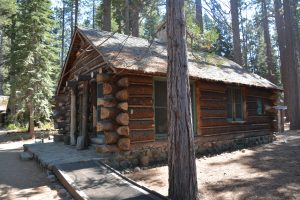 Then we encounter the road works. Sat for 15 minutes whilst a man with stop sign holds everyone up despite the road being clear. There’s more of these men with stop signs than there are tea towels ridden with dandruff in Afghanistan. I can’t begin to explain the stupidity being demonstrated on 89 down the side of Lake Tahoe. Who ever’s in charge of this is certainly a few fries short of a happy meal.

Call in at Raleys for some wifi. 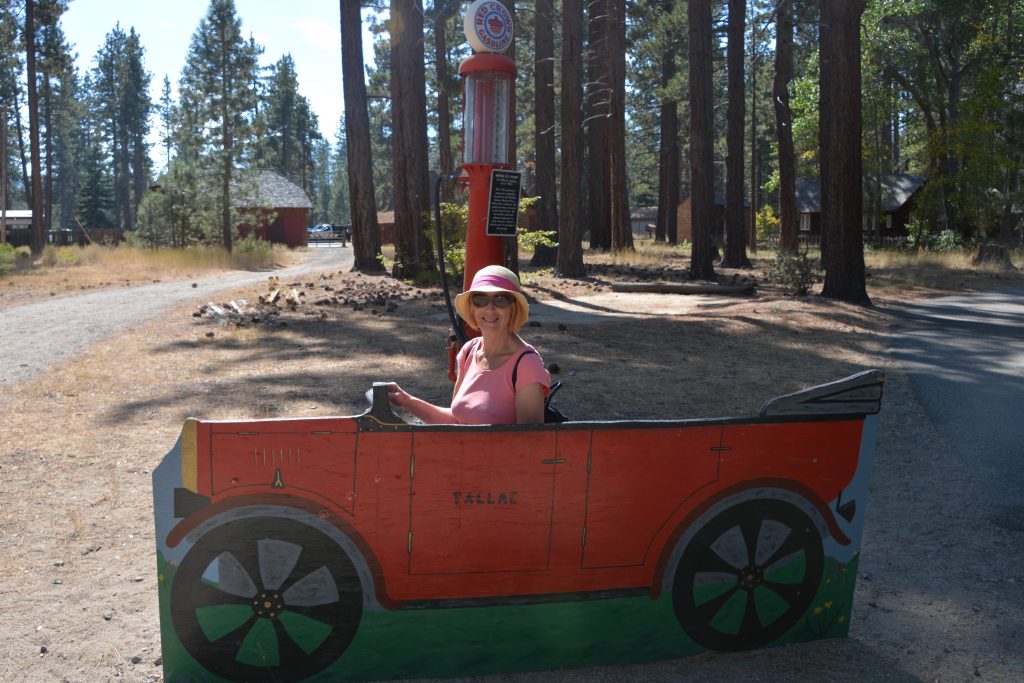 Then it’s back home for coffee on the deck, amongst the shimmering silver birch and watching the boats on the lake. 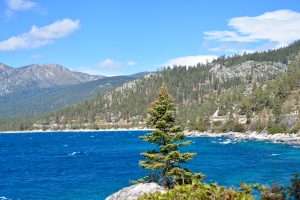 Off for a drive around Lake Tahoe. It’s 72 miles round and with all the road works and side trips takes us about 5 hours. The shades of blue in the lake are amazing. Some awesome scenery and as soon as we cross the state line into Nevada then it’s casinos galore.

Call in at some of the ski resorts we skied way back when, including Squaw Valley and Heavenly. Wot no snow. 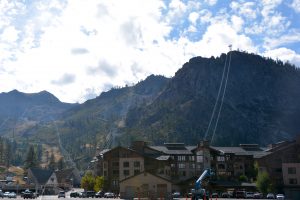 If Allah is a supreme being, creator of the universe and all that codswallop, how come he suffers from indecision and memory loss? In the Quran, allegedly the pure unadulterated word of Allan, he constantly contradicts himself and changes his mind, even more than Donald Trump. In fact it’s such a feature of his fables that there’s a recognised term for it, abrogation. His later pronouncements, usually more violent than his earlier ones (that’s convenient for the extremists), are deemed to override his earlier pronouncements – abrogation.

You’d think a so called supreme being would be able to make his mind up, or was he starting to suffer from Alzheimer’s, after all he would be 13 billion, or at least by his reckoning 4,000, years old.

THESE ARE ACTUAL COMPLAINTS RECEIVED BY “THOMAS COOK VACATIONS”
FROM DISSATISFIED CUSTOMERS: 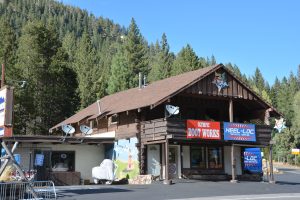 “The roads were uneven and bumpy, so we could not read the local guide book during the
bus ride to the resort.  Because of this, we were
unaware of many things that would have made our holiday more fun.”

“It took us nine hours to fly home from Jamaica to England.  It took the
Americans only three hours to get home.  This seems unfair.”

“I compared the size of our one-bedroom suite to our friends’ three-bedroom and ours
was significantly smaller.”

“The brochure stated: ‘No hairdressers at the resort.’  We’re
trainee hairdressers and we think they knew and made us wait longer for service.”

“When we were in Spain, there were too many Spanish people there.  The
receptionist spoke Spanish, the food was Spanish.  No one told us that there would be so many
foreigners.” 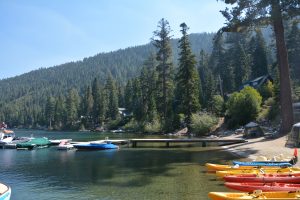 Down to the supermarket for wifi and last minute vitals. Then in the afternoon we tidy up and pack for our next adventure – hopefully with wifi this time.

Managed to get a brief FaceTime with Jasper. Wow, he’s such a happy sole, bubbling over with all that he’s done at nursery etc.

I was going to have an exploratory walk around the lake but rain stopped play. 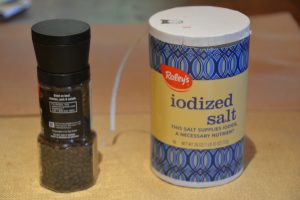 Now I know I like a bit of salt on my food but Wendy’s bought 26oz. She’s only jealous of my low blood pressure and trying to get even.

To better appreciate the up and coming presidential election pantomime I’ve lashed out on an esubscription to the Wall Street Journal. Cost all of £1 a month for the 1st two months, by which time it’ll all be over and the mass exodus to Canada – like a Caraboo crossing – will have commenced.

When you’ve no wifi it makes you appreciate how much you use it. 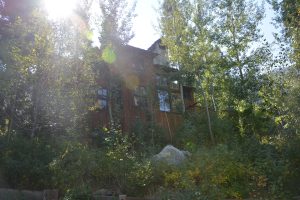 Especially as a retired nerd, but even Wendy has been bemoaning the lack of Internet. There’s just so many things throughout the day that you use it to refer to; saying nothing about missing the online newspapers – even the daily blood boiler like the Mail and Express; then there’s contact with the kids; TV such as Netflix and BBC are sorely missed; preparing my daily blog without internet is dire. The withdrawal symptoms are worse than a crack addict going cold turkey, my fingers keep tapping away at an imaginary keyboard, like Elton John playing an imaginary piano. 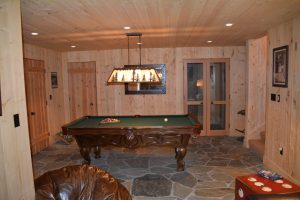 But the one good thing to come out of it is I’m being weaned off Facebook. It’s just like giving up East Enders, you just don’t miss it and it frees up time to do more productive things like watching paint dry or reading. It’s such a pity that there’s no way you can suppress all those inane likes of trite little sayings being shared with you.