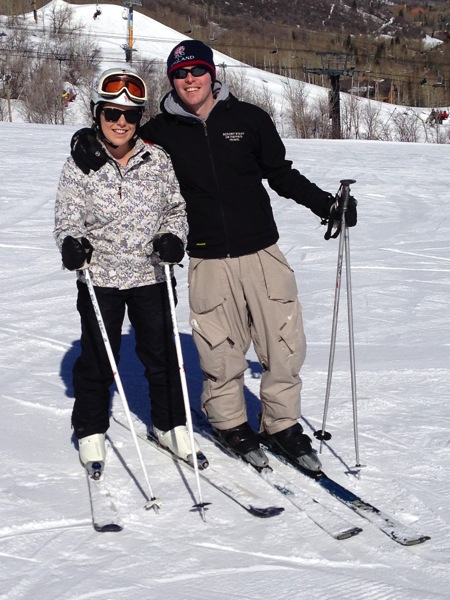 Lazy start. Drop Wendy off at the hospital then I get to the slopes for 10:30.

Hello newbies boots. You’ve got some big boots to fill to compete with your predecessors.

Goodbye comfy old faithful’s. You’ve kept me safe, warm and comfortable for 20 years. You’ll be sadly missed but not forgotten.

Great days skiing. Manage to get 28 miles and 13 runs in. New boots are working a treat. They seem firm, positive and I feel confident in them. Pity I have to break my feet each morning to shoehorn into them – tighter than a bulls arse when the flies are about. However, they’ve passed the all important “lunch time test”. I keep them on, no messing with clips and buckles. You can’t see where you going in most lodges at lunch time as the steam rises from sweaty feet trying to escape the agony of their boots. Clips and buckles are played with for hours. Socks steam away as they’re hung out to dry and you have 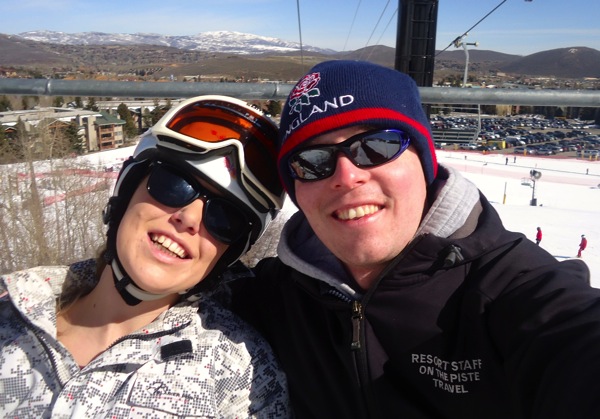 o be careful not to tread on bare feet. Skiers breathe an orgasmic sigh of relief as they escape the implements from the Spanish Inquisition. It’s like the aftermath of a medieval torture chamber.

Kurt and Fiona go shopping down at the Outlets Centre.

My law of maximum perversity, often known as sod’s law:

No matter where you want tot turn there will always be a snowboarder in the way. 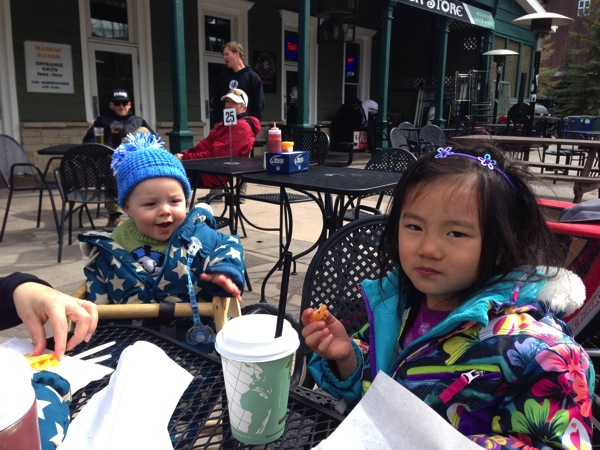 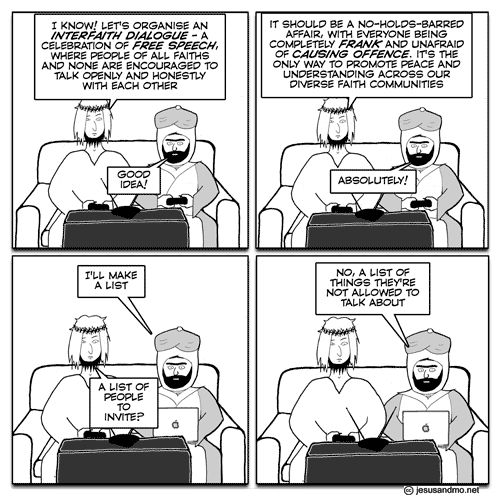 erforming a song on the radio. Doolittle was asked to re-word her love song Walking On Water for an appearance on the Radio 2 breakfast show, hosted by Chris Evans, because she refers to Jesus walking on water, according to the Mail on Sunday. 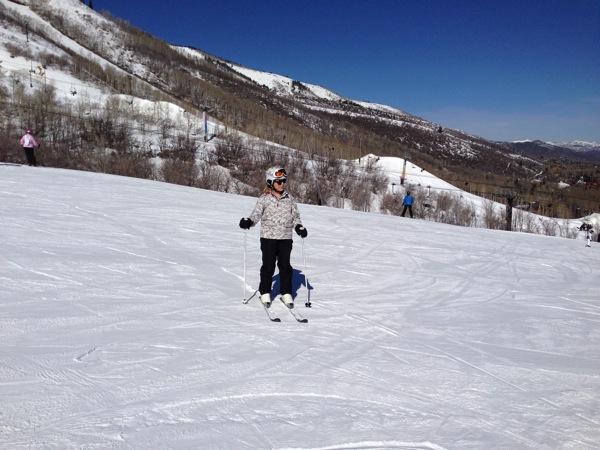 BBC bosses are facing justified accusations they were oversensitive over Doolittle’s religious reference.

Now the BBC claimed there had been a misunderstanding , and that the corporation would not request a singer alters their lyrics.

Wendy and I are up at 06:30 minding and feeding Jasper, because his poor wee parents need a lie in. No stamina these modern parents. So it’s Tweenies at dawn. My brains going to jello. Jaspers so excited, he’s eating his hairbrush. He’s entranced by it, doesn’t seem to matter that he’s seen it 44.5 times before.

We’re off skiing. Need to get in the car park by 10’ish or else it’s likely to be full. 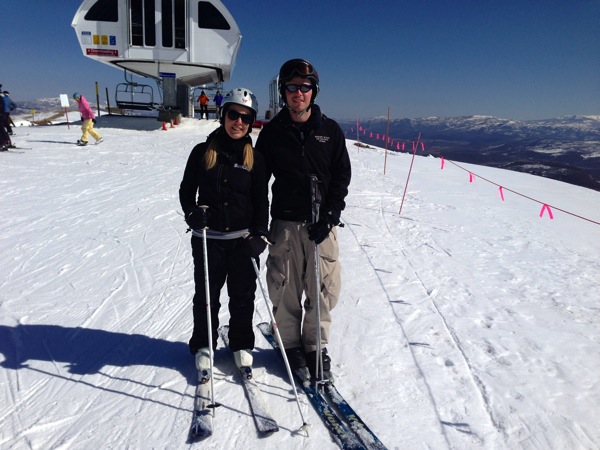 We finally manage to get Kurt and Fiona dressed and ready for skiing. Worse than getting kids up and ready.

Spend the morning on First Time. Meet Hal, Carol and Angela, and of course Wendy with chariot and Jasper, for lunch at the Corner Cafe.

Carol and Angela take Fiona up Crescent and start the descent of Home Run. Fiona makes it all the way down Home Run. A great achievement after only 3 days skiing. 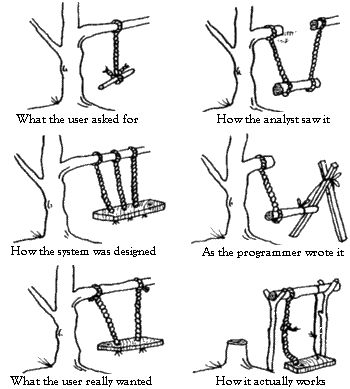 If builders built buildings the way programmers wrote programs, then the first woodpecker that came along would destroy civilization. Weinberg’s Second Law.

Given the crap served up these days by so called programmers, sadly, I’m 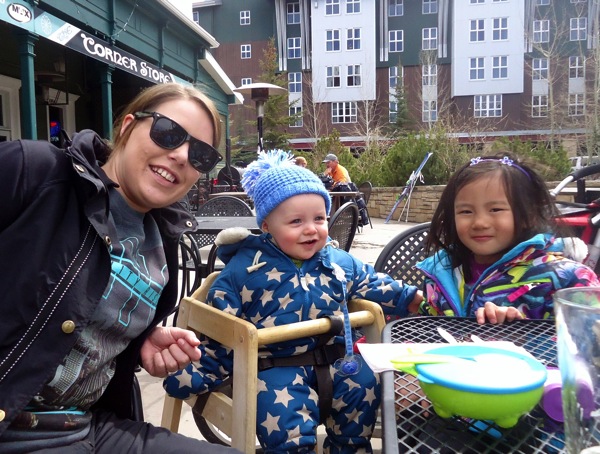 shamed to admit, in pleasant society, that I was a systems designer / programmer.

More stupidity and dhimmitude from the UK:

David Cameron criticised the Islamic Shakhsiyah Foundation during Prime Minister’s Questions in 2009 as a ‘front organisation’ for a radical Islamist group Hizb ut-Tahrir.” Hizb ut-Tahrir is an international Muslim organization that is banned in many countries and openly works for the imposition of Sharia. Yet “the Islamic Shakhsiyah Foundation is being awarded grants worth more than £70,000 a year. 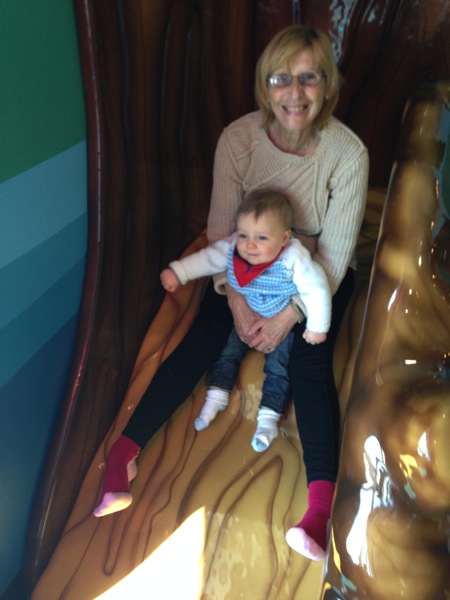 Pots for rags. What chuckleheads wasted our money on this? Heads should role for sheer stupidity. Thank the Flying Spaghetti Monster that I’m not home most of the year.

Wot no skiing for me.

Wendy and I take Jasper down to Monkey Mountain play centre, while the parentals lazed around. He has a grand old time, even though he was bait young. Wendy enjoyed the slide.

Then in the afternoon the kids went a bike ride while we entertained Jasper some more. All took a drive up to the Canyons for the concert and Smores, sadly no smores, but there was a magician. Bit of a disappointment really, very crowded. 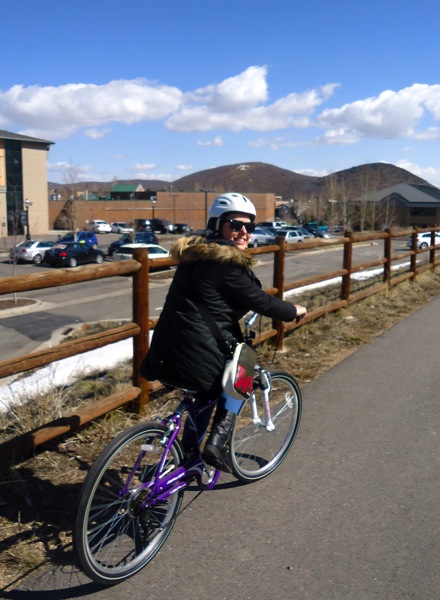 Mexican takeaway for dinner – my favourite. But remind me not to bother with stodgy Tamales again.

Scotland wants independence. It’s just madness and will result in more bureaucracy and more self serving, power hungry politicians with their noses in as many troughs as possible – something we all need like a virulent dose of the pox. If they get it then we, England, should make sure we withdraw all assistance, currency etc. Next it’ll be Wales, then Cornwall and finally Rutland (has anyone heard of it). 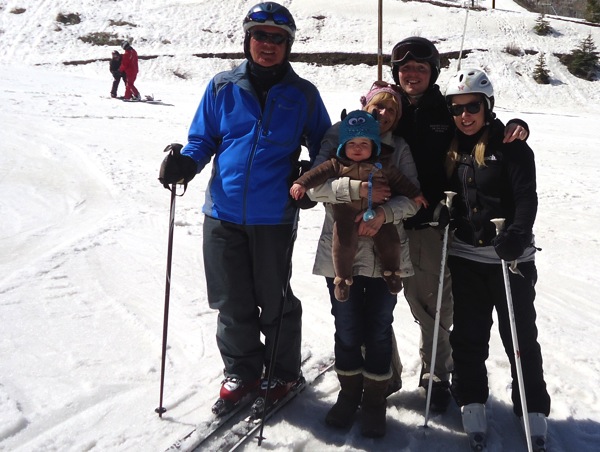 We’re up at 06:00 looking after Jasper so that the parentals can have a bit of a lie in. More Tweenies turning our brains to Jello.

I set off in the car, luxury, for an early morning ski. Manage to get 4 good runs in – a tad icy this early – before meeting Kurt and Fiona. After a quick run down First time Fiona’s chomping at the bit to get up Crescent ski lift and come down Home Run. She does great. Makes it all the way down, non stop, not a single fall and in perfect control. It all seems to have come together. 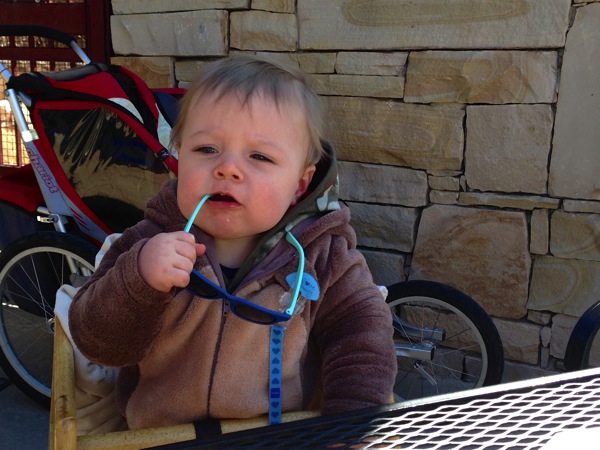 Get some family photos on the snow. Then Fiona’s off again up Crescent for another, even faster, run down Home Run. She’s done really well but is knackered by the end of the day. Never mind the jacuzzi and a beer / Pimms sorts all that.

Watch the last two episodes of the Following – pretty good. Can’t believe that there’s a 2nd and possibly even a 3rd season. 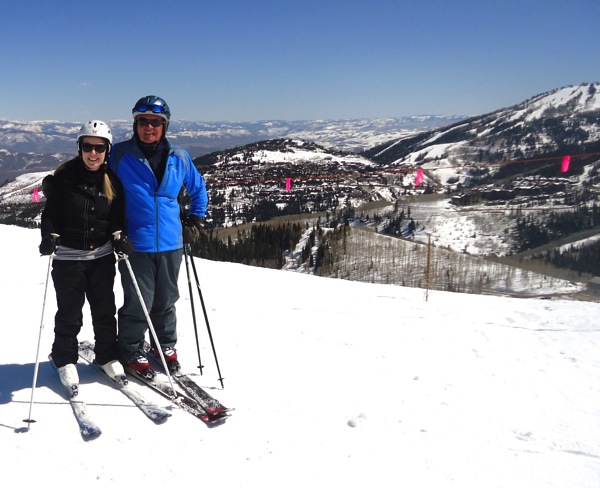 Too old/young – other aged

Too Tall – people of height 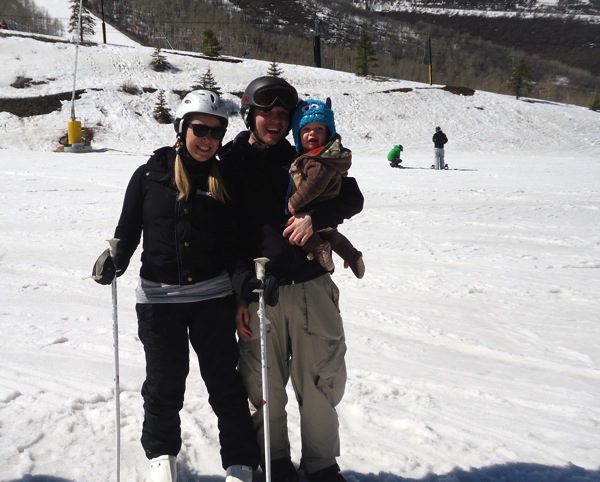 gangs to sexually abuse children with impunity for more than two decades, according to a comprehensive new study that examines the harrowing epidemic of child grooming in towns and cities across Britain.

“[T]he agencies responsible for child-protection have almost entirely failed in their job to protect vulnerable children. From a fear of being called ‘racist,’ police forces across the country have buried the evidence…. Political correctness would be used to make sure that people did not speak about this phenomenon.” — from Easy Meat: Multiculturalism, Islam and Child Sex Slavery 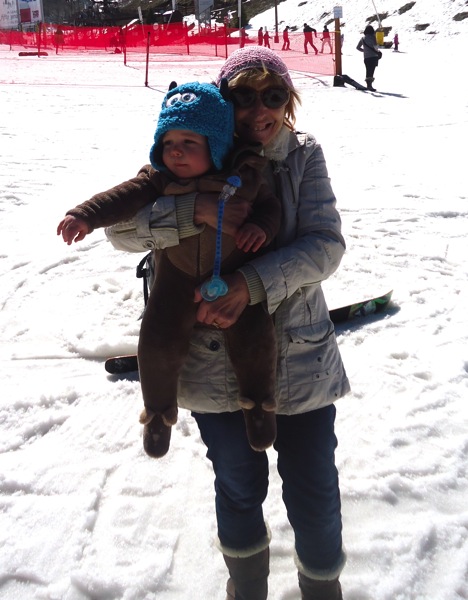 “[A] 2010 document by the Rotherham Safeguarding Children Board stated that, ‘great care will be taken in drafting…this report to ensure that its findings embrace Rotherham’s qualities of diversity. It is imperative that discussions of a wider cultural phenomenon are avoided.'” — from Easy Meat: Multiculturalism, Islam and Child Sex Slavery

When will we have the gonads to speak out without fear of being accused of racism (islam / muslims are not a race); islamaphobia (a made up word used by extremists. A phobia is an irrational fear, given islams track record on violence etc. it is perfectly rational to fear islam); or the new weapon of the extremists, multiculturalist, liberal, PC storm troopers to stifle free speech – blasphemy. 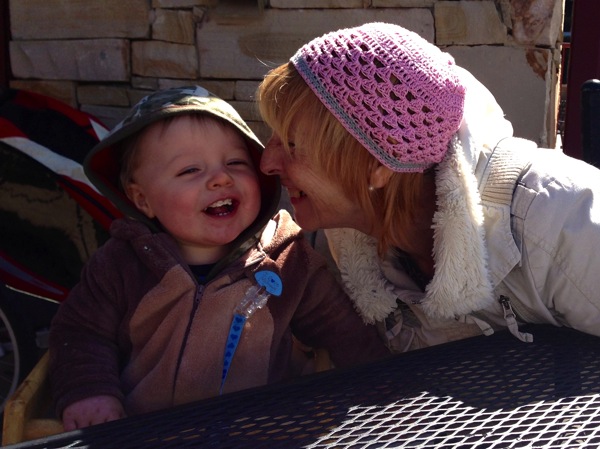 Look after Jasper from 06:30 again. Parentals have a lie in. This time try for a bit of intellectual stimulation with Sesame Street, but Jasper’s having none of it, he craves the Tweenies for the 46.5th time and still gets as excited. Never mind tonight we get more mind numbing as we have a weeks worth of crap enders, the adult equivalent of Tweenies, to catch up with – joy.

Morning is last minute shopping and of course Wendy’s weekly fix at the supermarket. 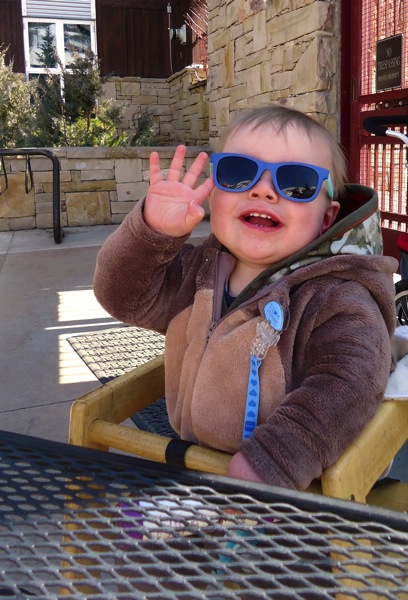 Then we drop the kids off at the airport and say our goodbyes. Life will be so quiet and we’ll miss them and especially Jasper.

Drop the car off at hertz and have a pleasant walk home. The Traverse was a lovely car to drive and with 7 seats was just big enough. Now it’s back to walking and the bus. Much more healthy.

More evidence of the barbarism of that so called religion:

A new report on human rights in Afghanistan released by the U.S. State Department reveals that girls as young as six can be “married” away or betrothed and are the victims of frequent sexual abuse from older men, sometimes within their own families.

Although the Taliban have a reputation for religious conservatism, that 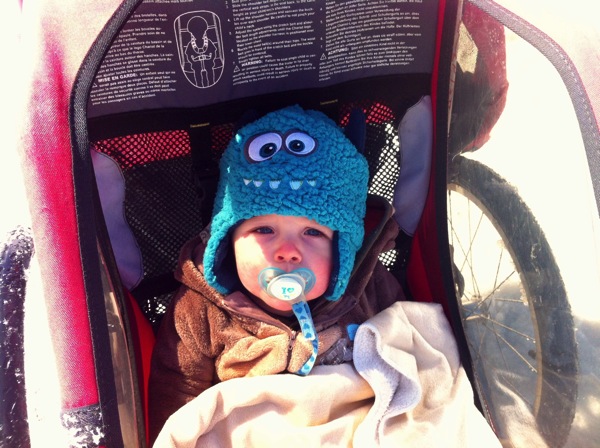 onservatism does nothing to protect women and girls from the sexual depredations of men. Women and girls are commonly victimized and those that speak out are likely to be blamed themselves, regardless of age differences.

The report reveals that girls as young as six can be “married” away or betrothed and are the victims of frequent sexual abuse from older men, sometimes within their own families….Afghan law requires that girls be 16 before they can marry and boys 18. Such laws are rarely respected and about 60 percent of all girls are forced to marry before 16. 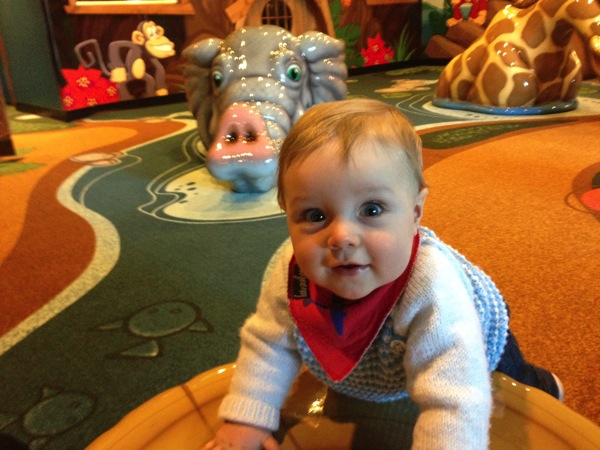 In 2013, incidents of rape also increased in Afghanistan. Most of the victims were children.

The Taliban argue that restricting child marriages is “un-Islamic.” In their culture, it is perfectly acceptable to marry children or to promise them in marriage. Traditionally a girl may be betrothed, but the marriages are supposed to be delayed until puberty. However, this is not always respected. Also, early onset of puberty can occur in some girls, sometimes as young as eight.

Wake up and smell the coffee, my real fear is that as we are a democracy, not 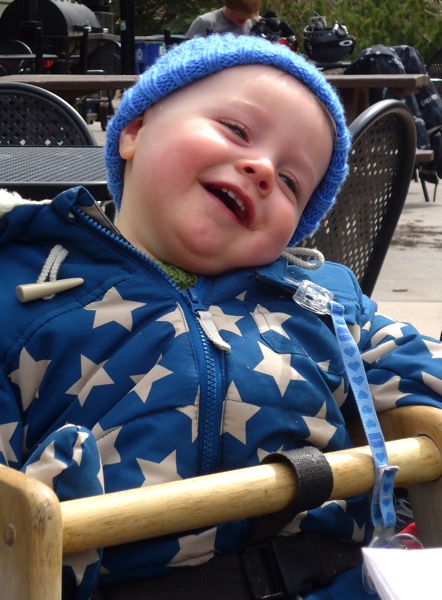 something that islam respects, this could become the norm in the UK (or whats left of it) within the next 25 years, if we don’t stop the spread of this pernicious, so called religion. I really don’t want my Grandkids having to grow up wearing a Burka or a beard. I used to work with so called “moderate muslims”, they were lovely moral people in every respect. But it’s no use relying upon these so called “moderate muslims”, they are cowed by the extremists and would fear the bearded ones in the mosque and being accused of apostasy.