Sunday – more storms overnight and a sultry morning but hot and sunny afternoon with 80% relative humidity. 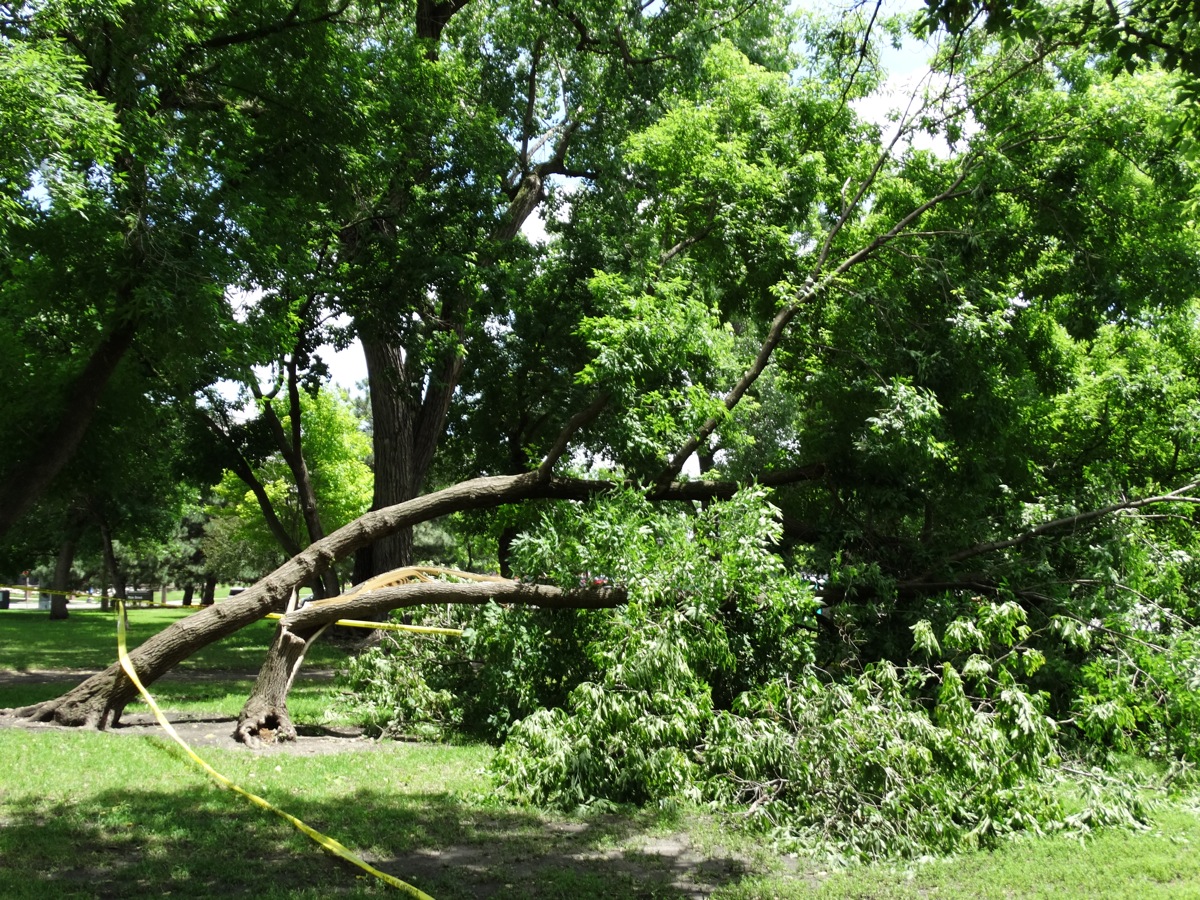 Yet again Main Street is closed off this time it’s an adults run.

After a lazy morning we stroll across the Stone Arch Bridge to go to the 50th Anniversary celebrations at the Guthrie Theatre. There’s a lot going on such as choirs; piano recitals; stage craft demos of sword fighting; free photo’s in silly hats; talk on the Mississippi river; face paining – passed; hair dying – passed; free lemonade; free cakes on as tick – delicious; free candy bags; free competitions back stage tours. All free just up 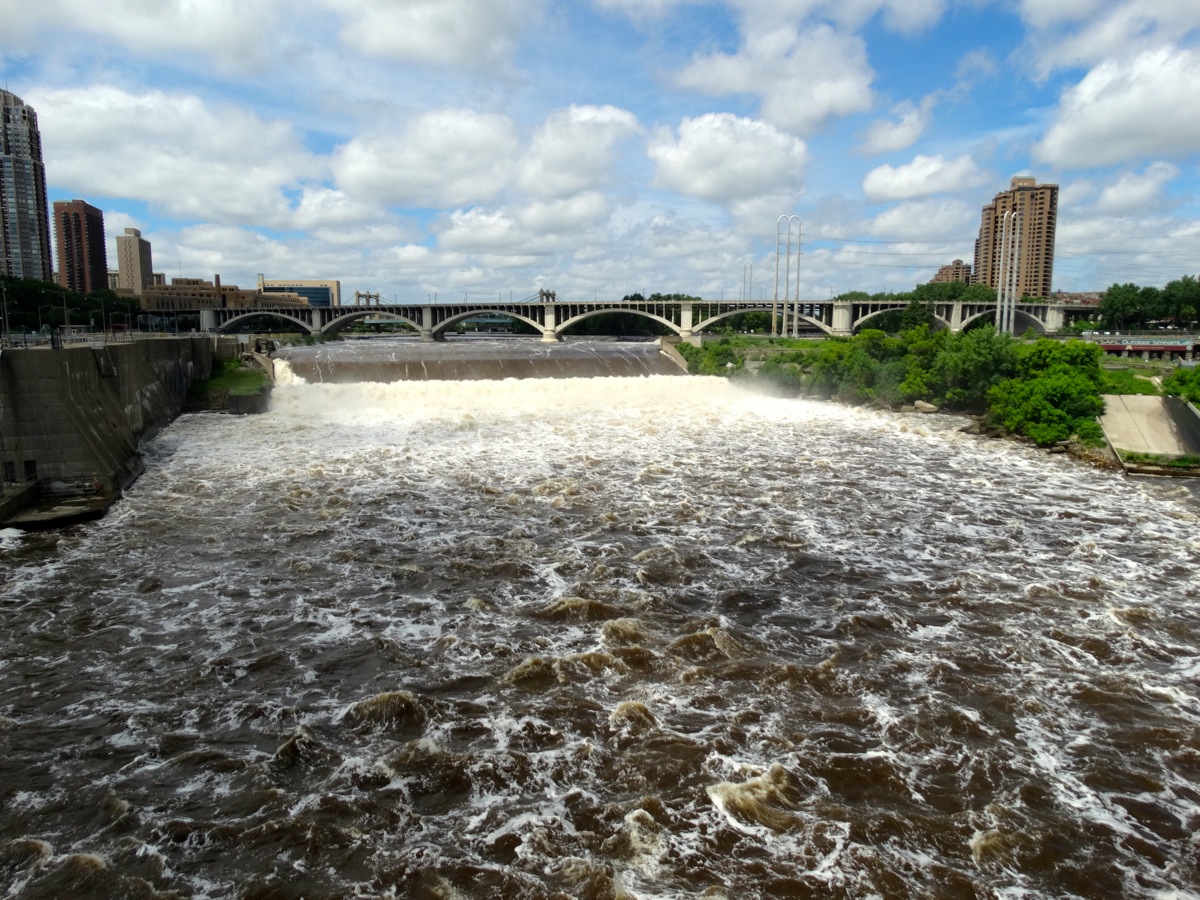 our street. Of course to spoil it all there had to be a Farmers Market – not free. We even attended a “Secrets to Presentation Success” seminar where a voice coach taught us about breathe control when speaking; build; reverse build and cut back. Interesting, took us outside of our sphere of comfort.

“thad mek a berrer doer thun a winder” (Thy would make a better door than a window) – You’re standing in my line of vision!

“Shut tho cakeole” – Close your mouth!

”I am for up the wooden hill” – Going up stairs to bed, 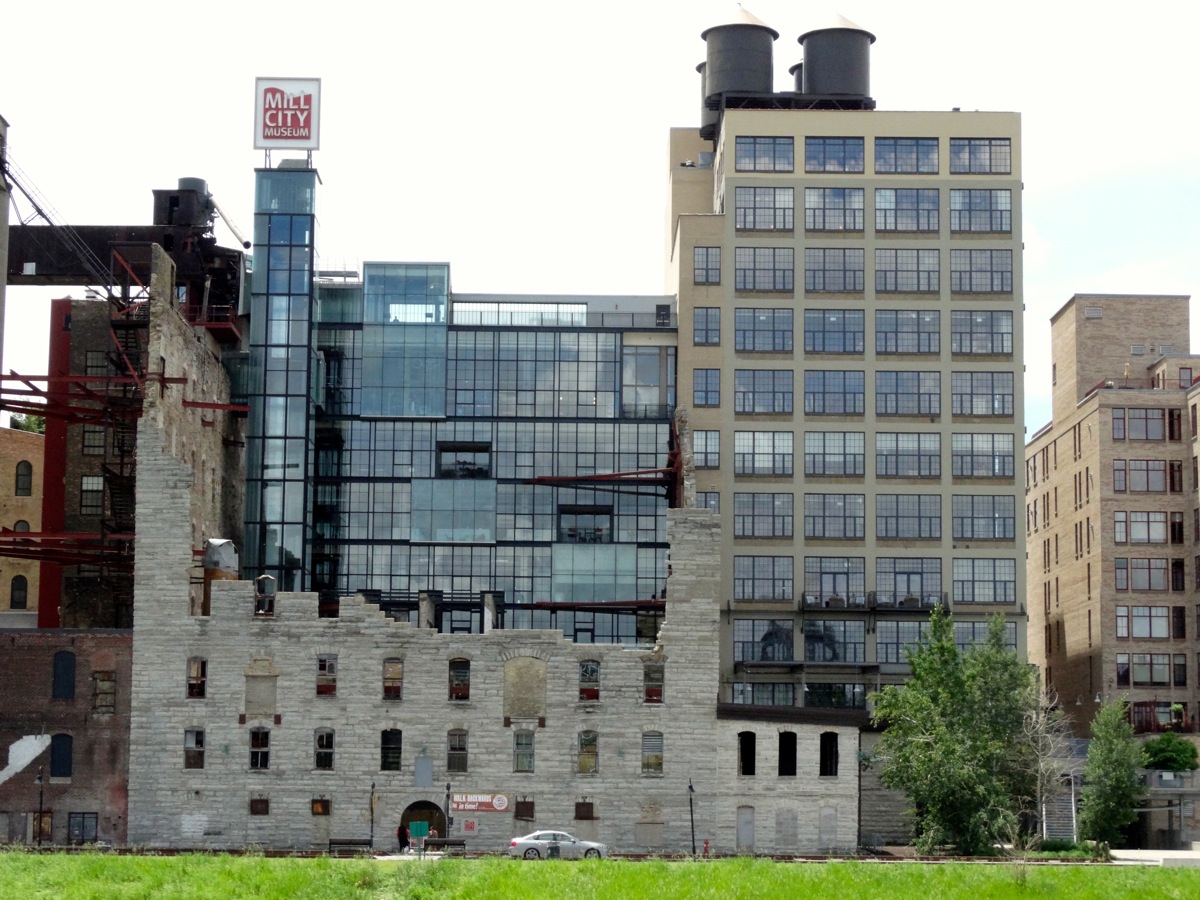 “If tha duz owt fer nowt, do it fer thysen” (If thy does anything for nothing, do it for thy self”)

“Thaart nesh” (You’re nesh) – some someone who feels the cold or is soft.

An ad on Seattle buses placed by the FBI that shows the faces of 16 wanted terrorists is racist, because all of the men appear to be Muslim, charges Rep. Jim McDermott, D-Wash.

The Seattle Weekly reports McDermott sent a letter to the FBI requesting that the agency remove an ad that shows 16 faces of Most Wanted Terrorists, who all appear to be Muslim.

McDermott, whose district covers much of the Seattle area, calls the ad “offensive to Muslims 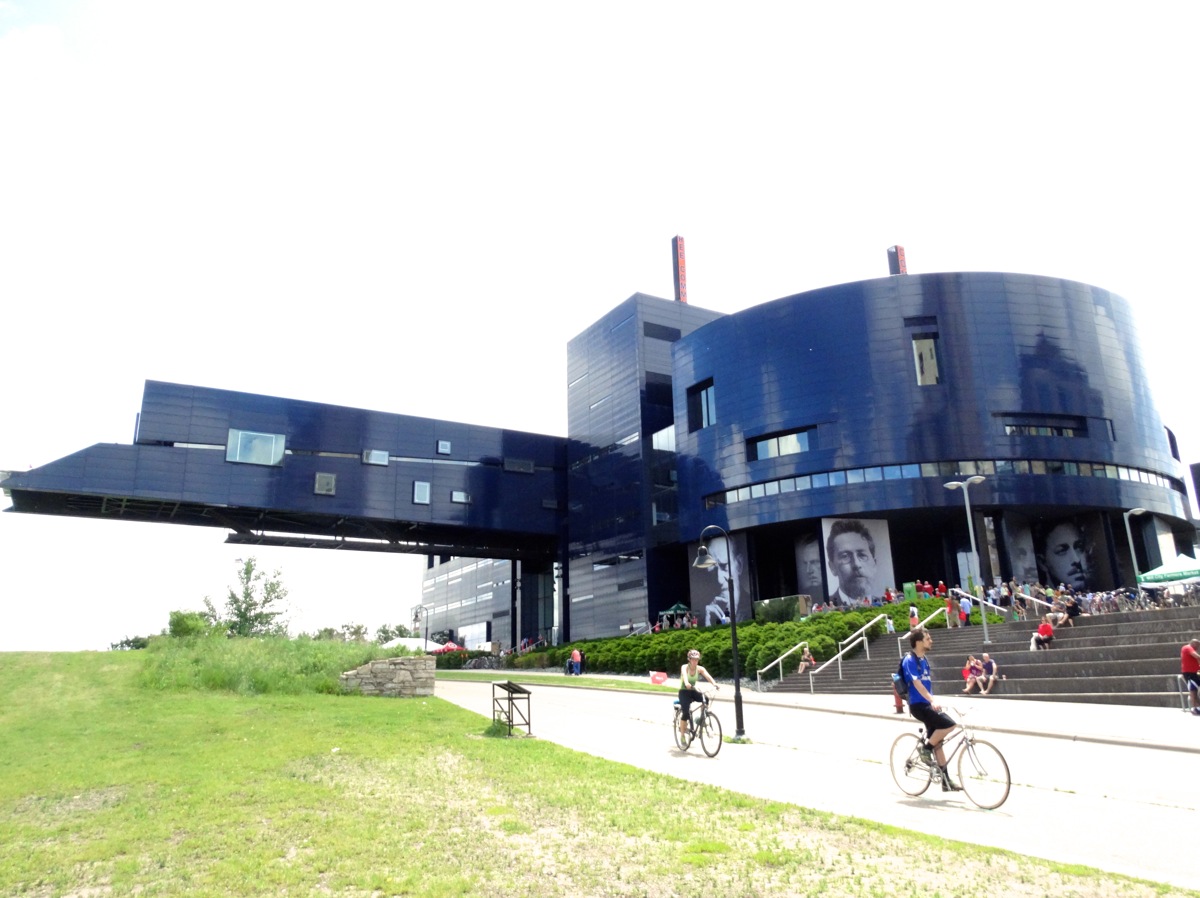 and ethnic minorities,” contending it “encourages racial and religious profiling.”

He argues the FBI’s Most Wanted Terrorists list includes people of other races and “associations with other religions and causes.”

“But their faces are missing from this campaign,” he writes.

Thirty of the 32 people listed on the FBI’s Most Wanted Terrorists list appear to be Muslim. The two non-Muslims are a member of the revolutionary Black Liberation Army who escaped from prison after being sentenced in 1973 and an animal-rights extremist wanted for a 2003 bombing. 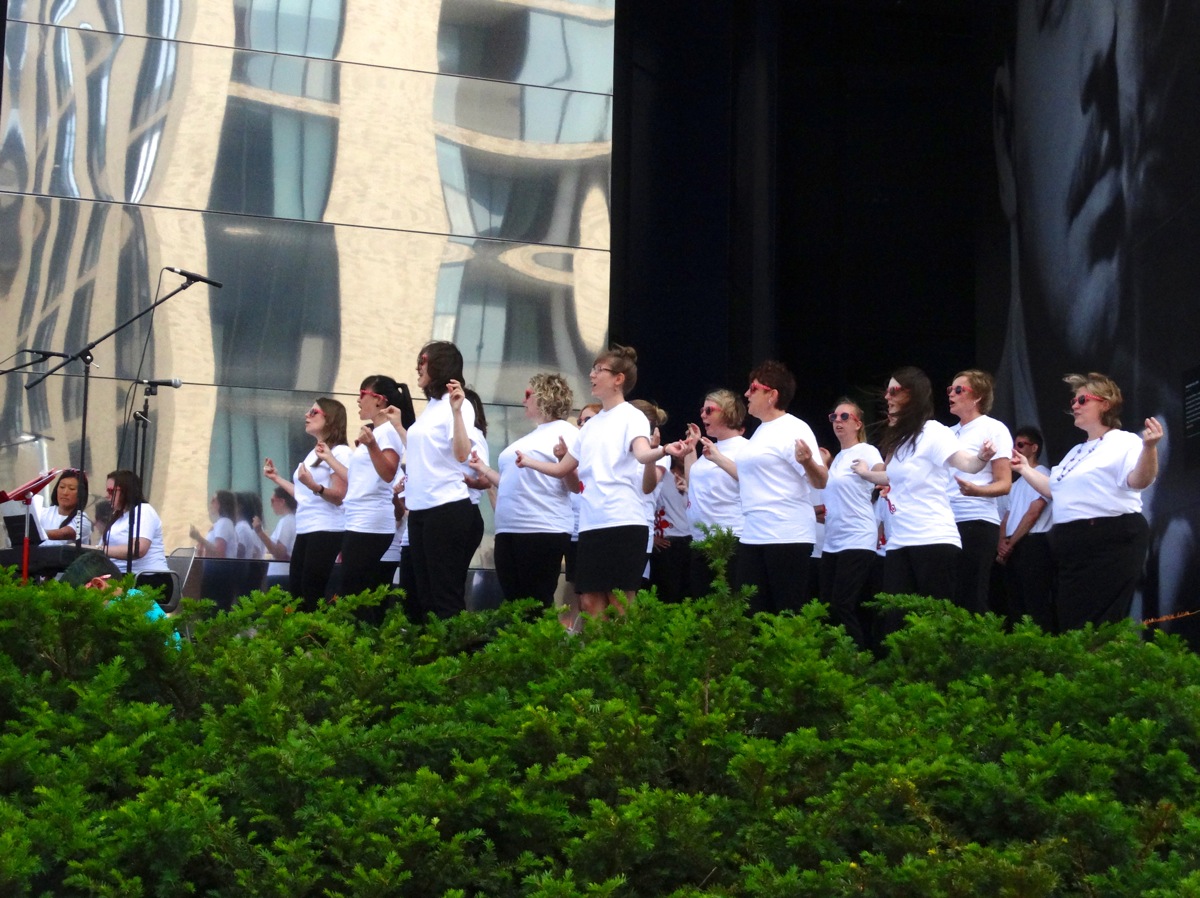 Surely loyal American Muslims would not be offended. Surely they would want terrorists caught. Surely they’d rat out any terrorists in their midst. As for profiling, bring it on, you know it makes sense.

Monday – grey and overcast but very warm, with a torrential downpour of bigger and better American rain.

We drive down to Burnhill just South of MPLS. Fortunately for Wendy, but unfortunately for me, there’s big Mall there. Dam I forgot my earphones yet again.

Meet up with Dennis and Nancy, two home exchangers who stayed at our place in April, after us staying at there Sarasota home in December.

Had lunch with them and was really nice to meet them after all our emails and exchanges. One of the plus points of home exchanges. 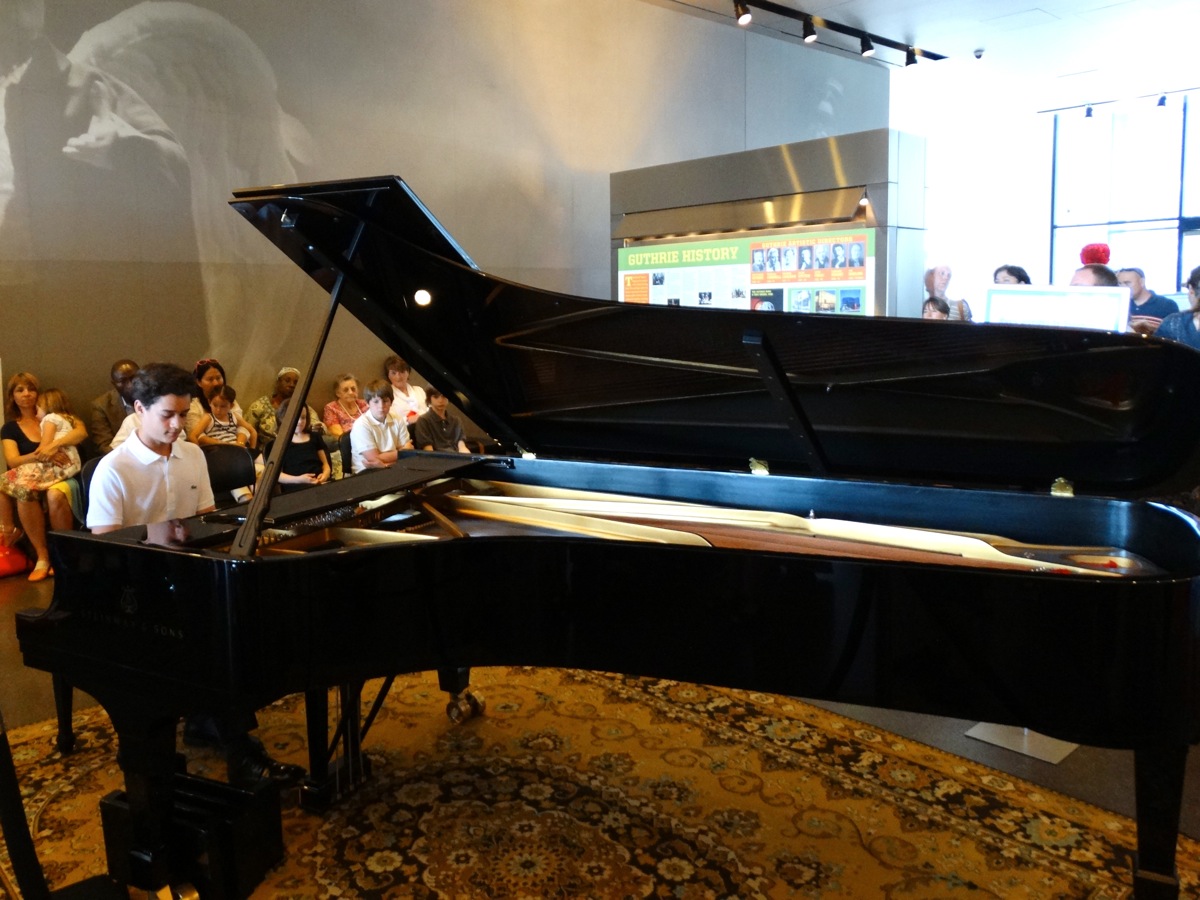 Keeping Blasphemy Law Out of Europe…

On 13 June, MEPs voted in favour of 2 resolutions to set the EU Guidelines on the Promotion and Protection of Freedom of Religion or Belief, which explicitly mention the need to protect the rights of both believers and non-believers and oppose any attempt to criminalise freedom of expression on religious grounds. 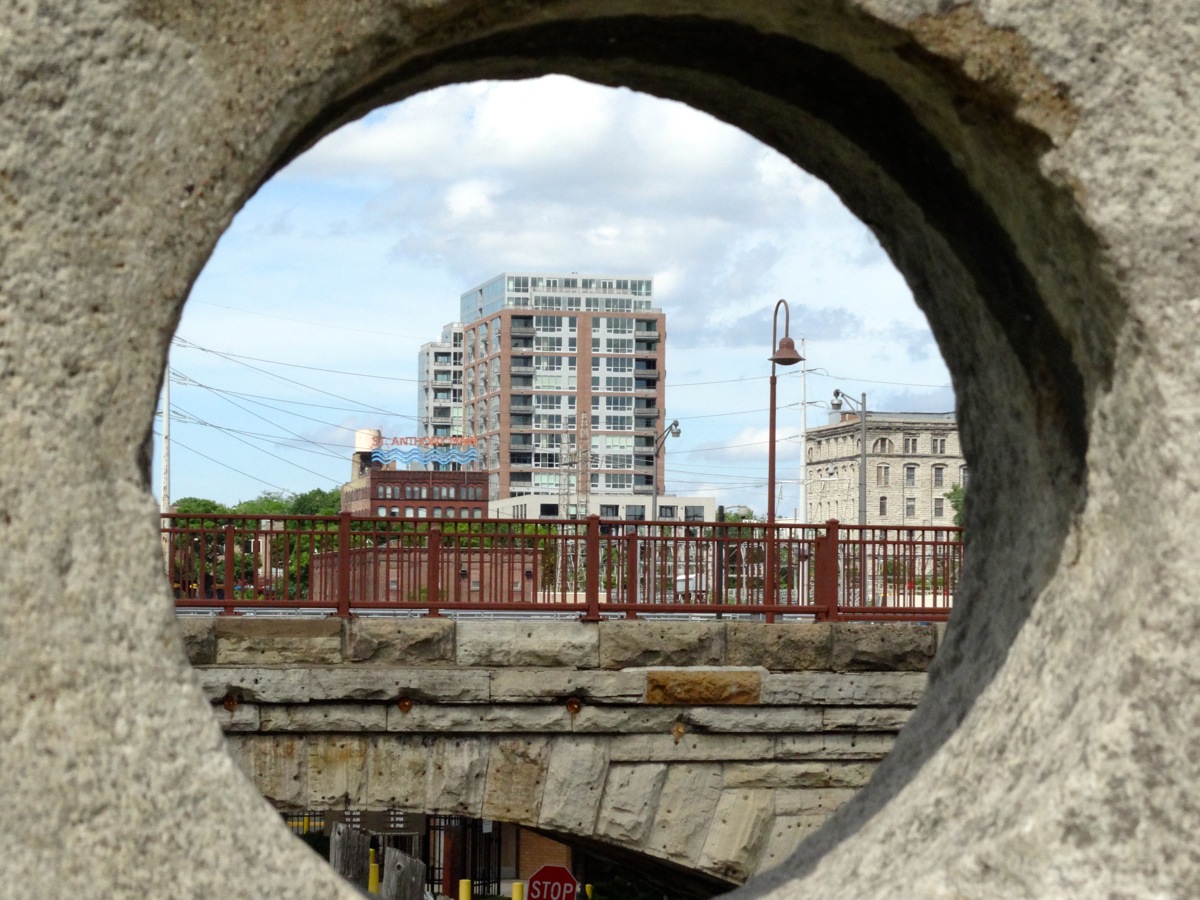 focusing on press freedom: Recognizes that governments have the primary responsibility for guaranteeing and protecting freedom of the press and media. The resolution also points out that governments also have the primary responsibility for hampering freedom of the press and media and, in the worst cases, are increasingly resorting to legal pressures in order to restrict that freedom, e.g. through the abuse of anti-terrorism or anti-extremism legislation and laws on national security, treason or subversion. The EP endorses a balance between the concerns of 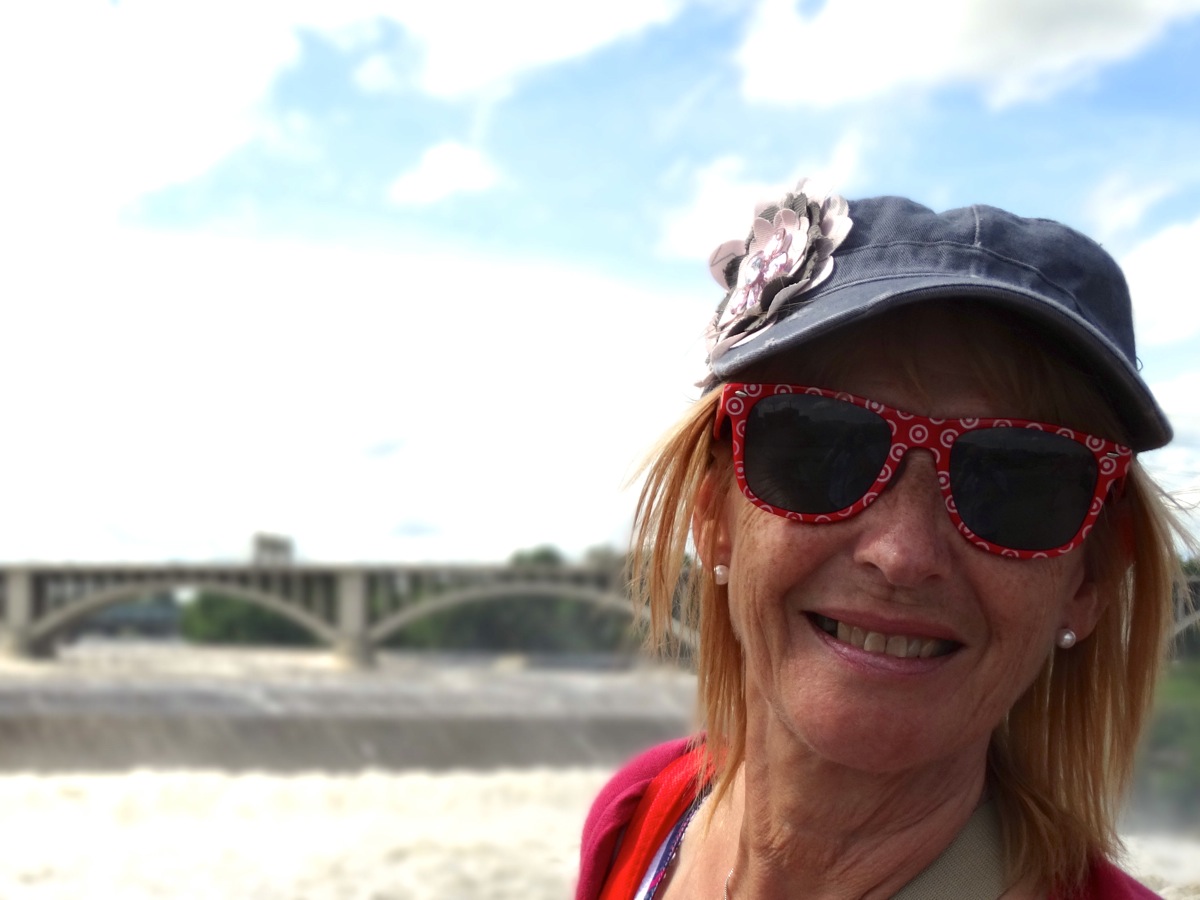 ational security and press freedom. The resolution goes further to deplore the fact that journalists are frequently wounded or murdered or are being subjected to serious abuses throughout the world, often with impunity, and stresses the importance of combating impunity.

The second resolution ( 2013/2082(INI) ), centering on religious freedom, endorses the firm opposition of any attempt to criminalise freedom of speech in relation to religious issues, such as blasphemy laws. The EP predictably condemns all forms of violence and discrimination, but goes further to emphasize that particular attention should be paid to the situation of those who change their religion or belief, as in practice they are subject in a number of countries to social pressure, intimidation or outright violence.

Bloody hell are our politician growing some balls at last.

Wake up Europe free speech is under serious threat.