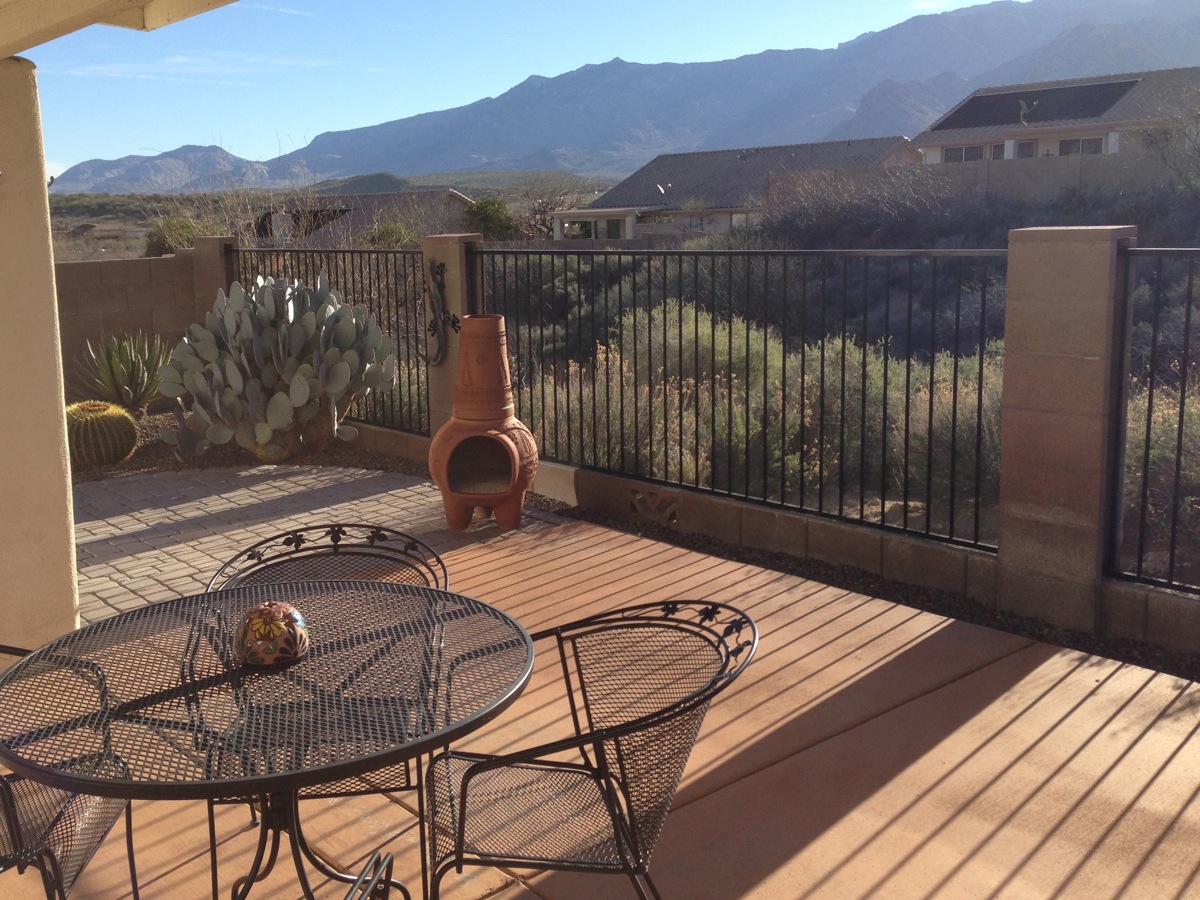 Time to put some pictures on of our home fro home. Another lovely home exchange.

Drive down to what we believe is the Sweatwater ponds but turns out to be the Sweater water trail head in the Saguaro National Park. Have a pleasant but hot walk, 3 mile, among the giant Saguaro.

On the way back call in at sport shop for tee shirts etc and Starbucks for a relaxing coffee. Have a pleasant long chat with an American couple from Chicago who have a total aversion to Obama, so much so they won’t even say his name. Does no one like him? Where are all those who voted for him? Yet to meet anyone on this trip. After an hour though 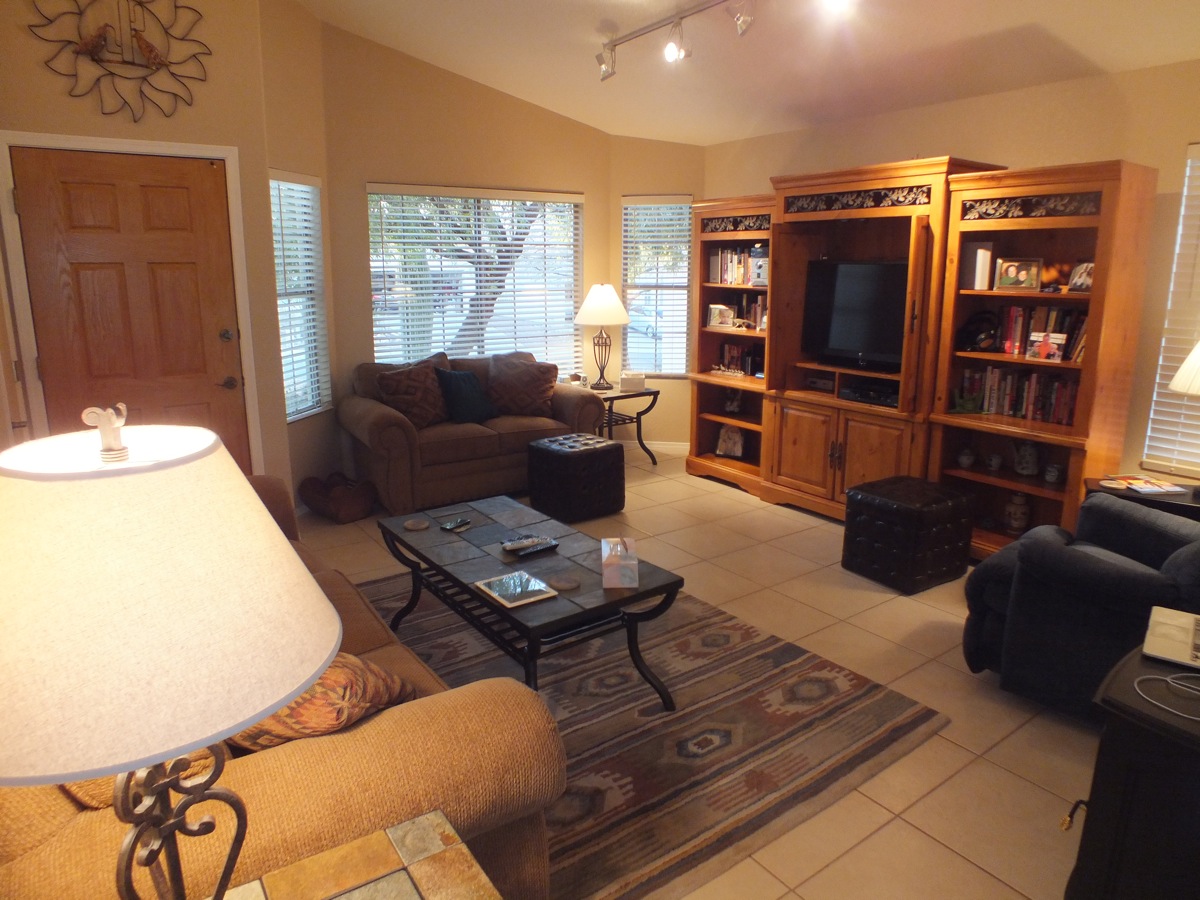 we’ve put the World to rights – sack all the politicians.

Loony laws are not just passed in the UK:

ANYONE who detonates a nuclear device in the city limits in Chico, California, can be fined $500 (about £260). If anyone’s still around to collect it, that is…

DONALD Duck comics were once banned in Finland because he never wore trousers.

DOCTORS are banned from looking directly at a woman’s private parts in Bahrain, so docs who need to carry out examinations have to use a mirror. 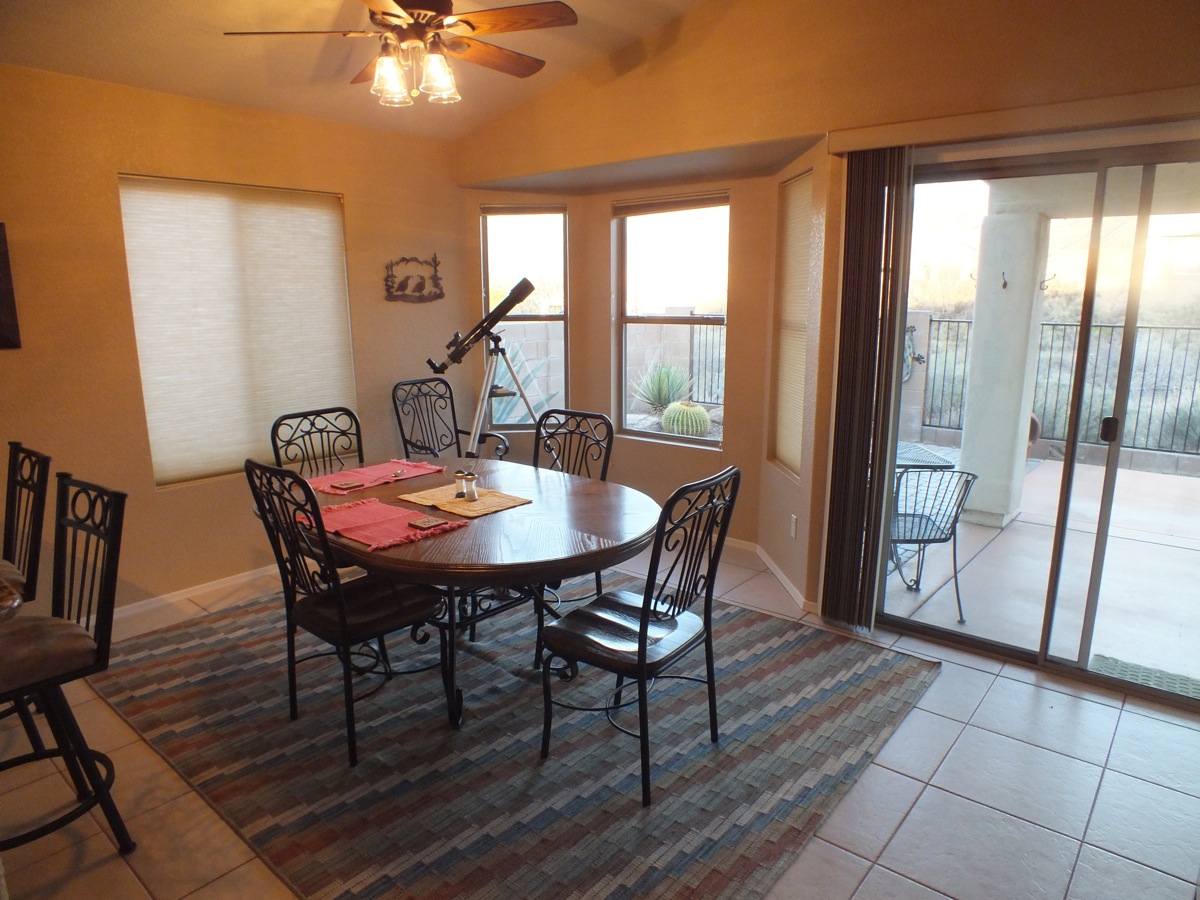 IT is illegal to set a mousetrap in California if you don’t have a HUNTING licence.

THE entire Encyclopaedia Britannica is banned in Texas because it contains a formula for making beer at home.

Here’s the thanks you get for trying to save your parents a costly wedding:

A soldier was stoned to death on Tuesday morning after he was caught trying to elope with a local girl in Pakistan’s tribal districts along the Pakistan-Afghanistan border.

Drive down to the Sweatwater Ponds. Which in itself is no mean feat considering that all the roads approaching it are closed due to road works – still makes us feel at home. 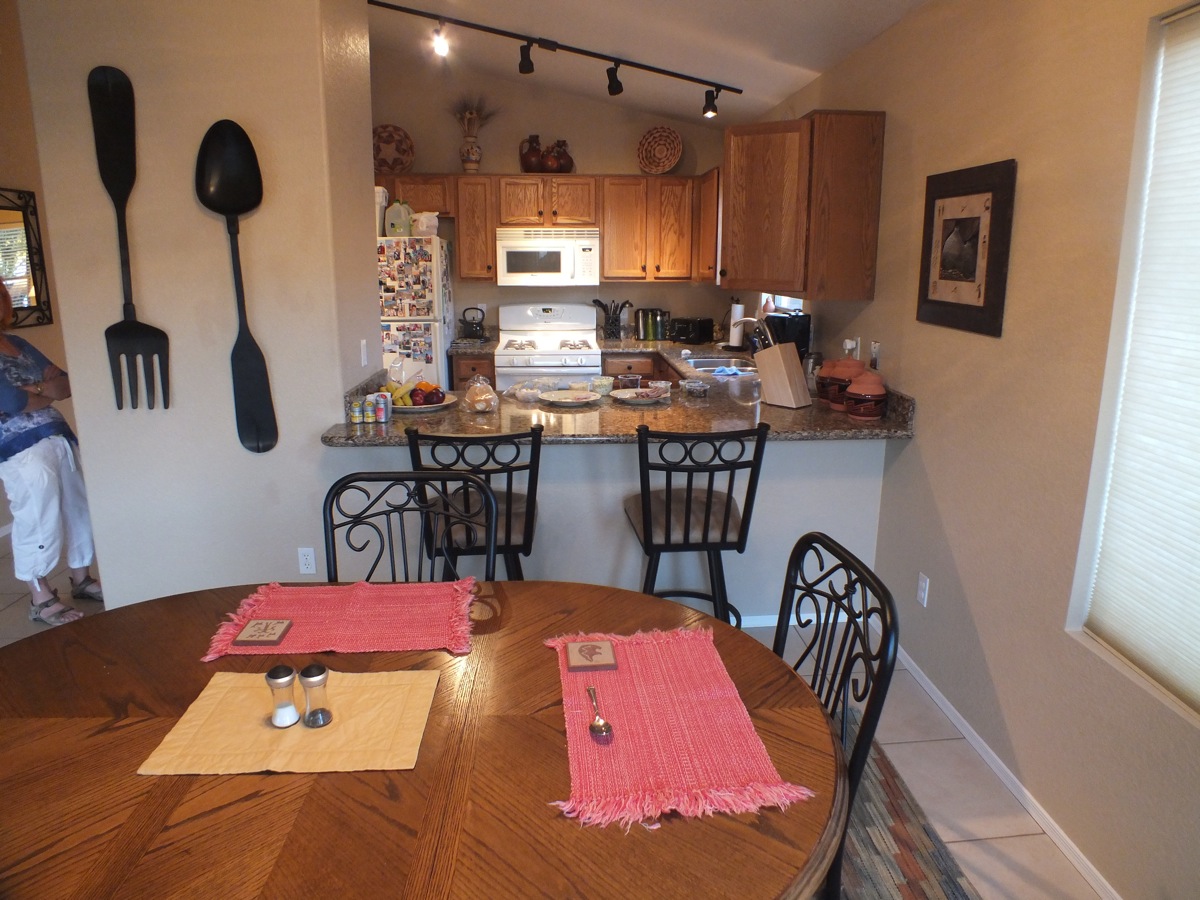 Pleasant walk around the ponds and see quite a few new birds and some old favourites. Mainly water birds.

Yet more from the lawmakers of the World:

MEN who wear skirts in Italy can be thrown in jail. Good job David Beckham plays in Spain, then.

YOU can be thrown in jail in Burma for going on the Internet. Anyone found in possession of a modem can be imprisoned. 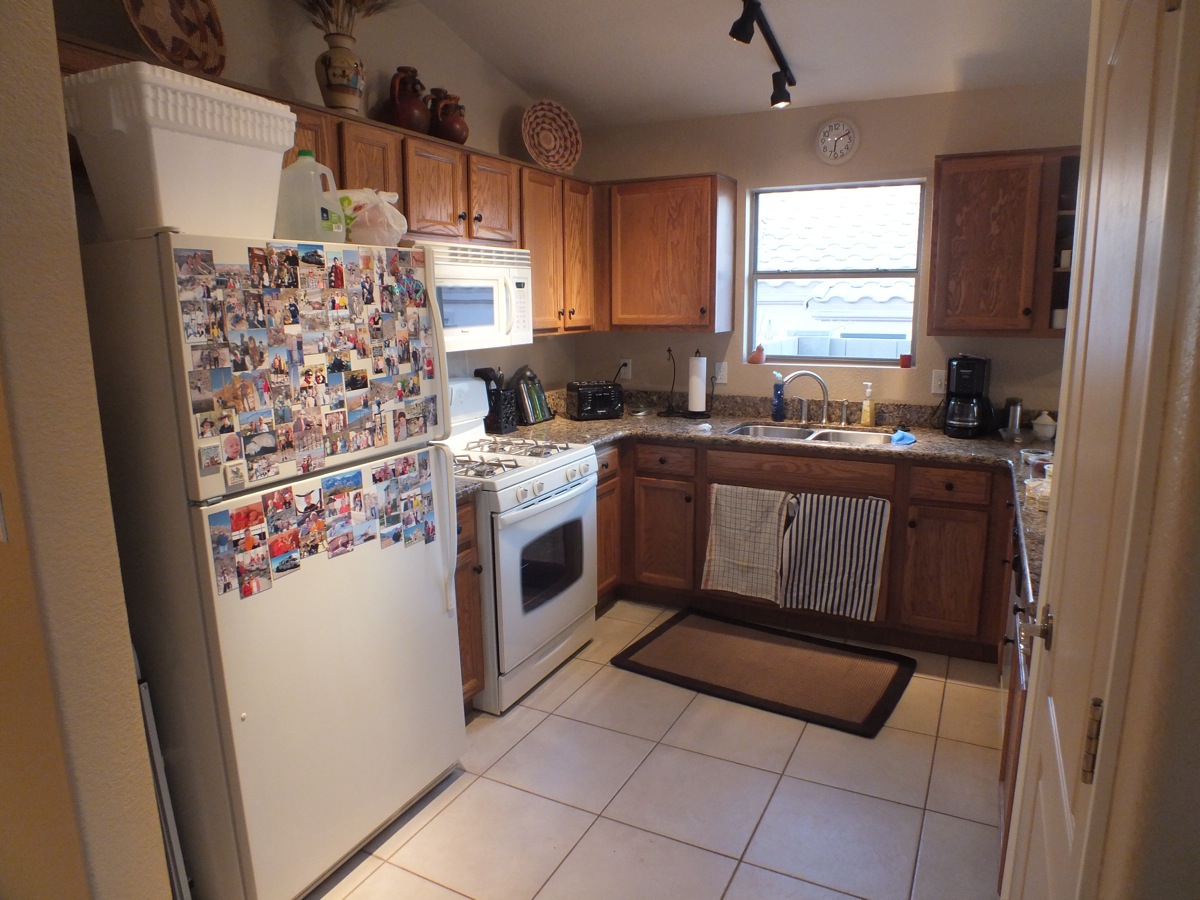 IT is illegal for a man with a moustache to kiss a woman in Eureka, Nevada.

IF a child burps in church in Nebraska, his or her parents can be arrested. It is also illegal in that state for a mother to give her daughter a perm without a licence.

MICKEY Mouse was banned in Romania in 1935 because officials thought the sight of a ten-foot high rodent on screen would terrify the nation’s children.

Tired of your job?

Sick of working 40 hours or more each week just to feed your family?

Would you like to relax all day and still have all the benefits of a full-time job?

If you answered yes to any of these questions then you should consider moving to England the welfare country. 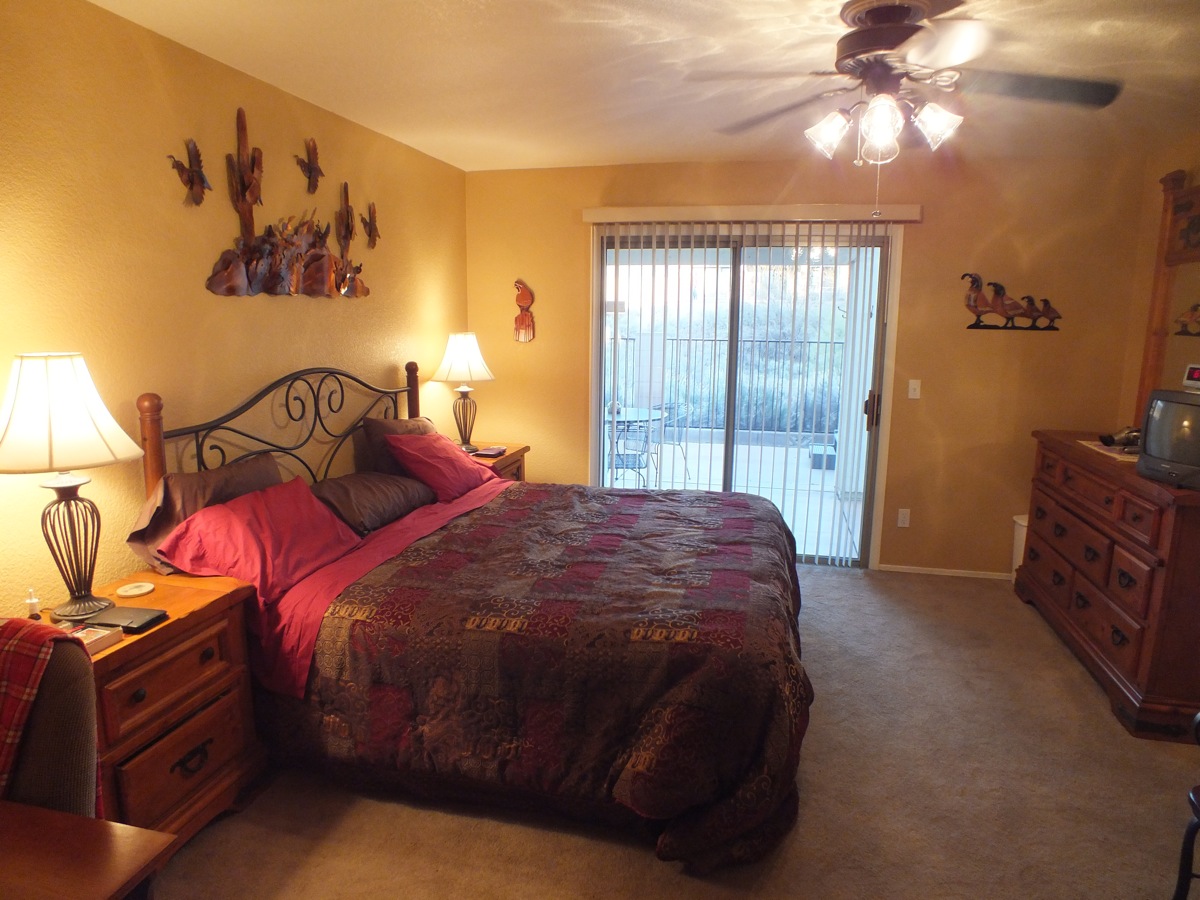 If you qualify (and only working people do not) you can receive the following: free Housing, free utilities, free food, free medical services, free transportation, free legal services. This program is not limited to 36 months like other countries. In England you can collect for life. Some of our families have received benefits at two or three generations.

So if you would like to receive all this without working for a living contact the benefits agency England the country where only suckers work.

Wednesday – hot with sun and cloud. 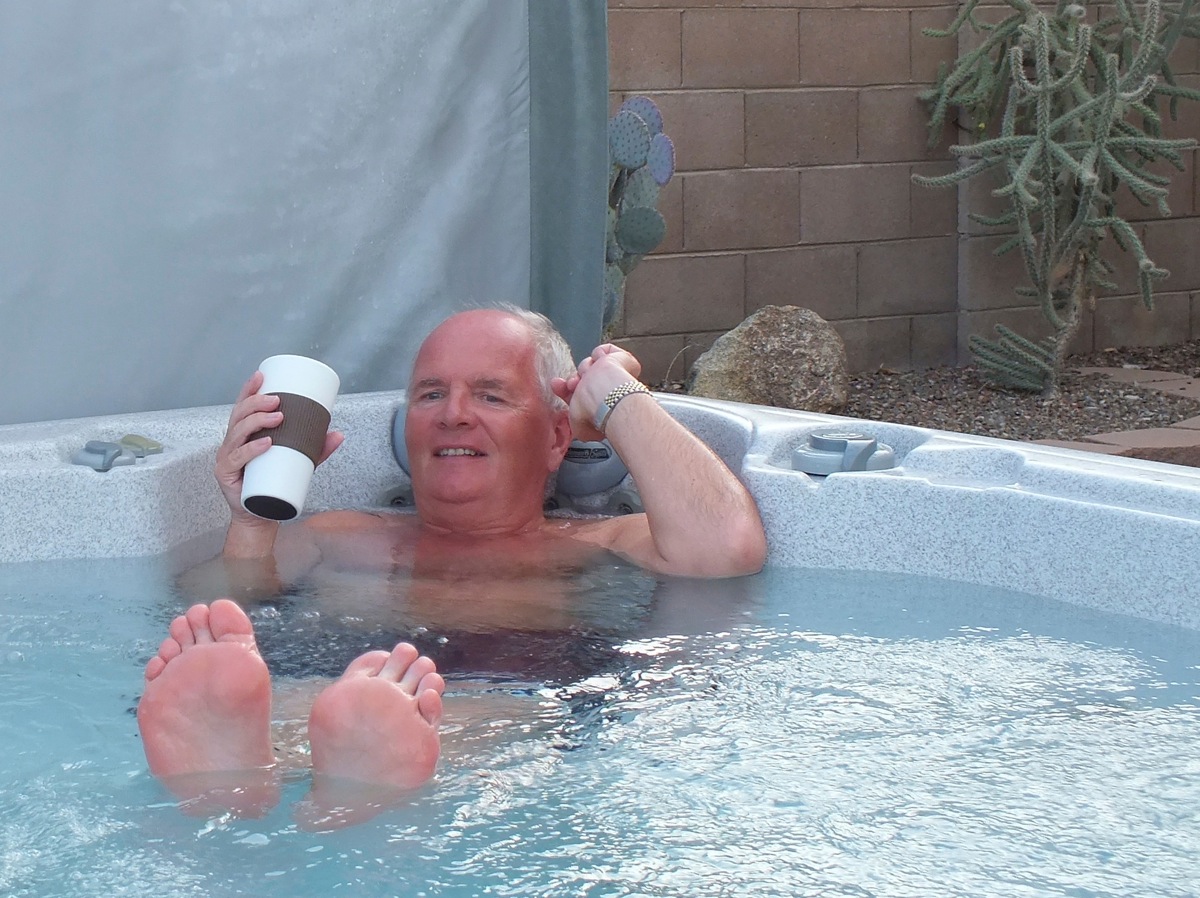 Up and out for a 10:00 walk to the ruins in Catalina State Park. Pleasant little walk with plenty of birds. Then do the bird walk which ironically has fewer birds.

Afternoon the ladies have their treat and go to the super market. While Kevin and I do manly things like wine shopping and browse technology in Best Buy. Evening TV viewing spoiled by crap BBC iPlayer software. Now there’s a surprise. Funny how Netflix seem to be able to provide a good service. Perhaps it’s time for heads to roll at the BBC software team and get a team in that can deliver. 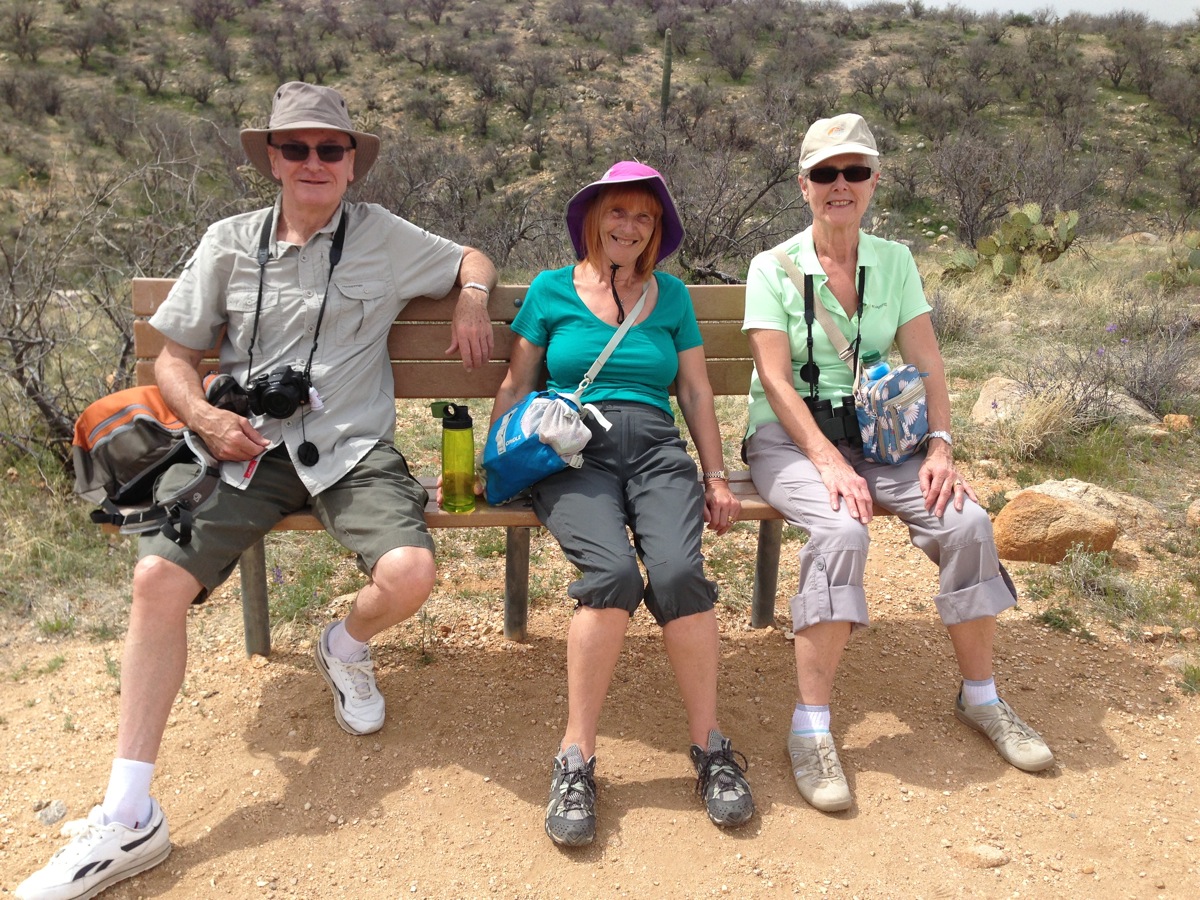 Get some work done first thing.

Then set off to visit old Tucson studios. Turns out there’s a Wild West day tomorrow so visit the desert museum and zoo. Have a very pleasant day, even though its our second visit. Raptor display is well worth it.

Finally get to see what a Cresote bush looks like. Apparently it releases it’s aroma – if you can call it that – when it rains. A simple way to sniff it is to breathe on it. The moist air in your breathe brings out the smell. That concludes todays useless piece of information. 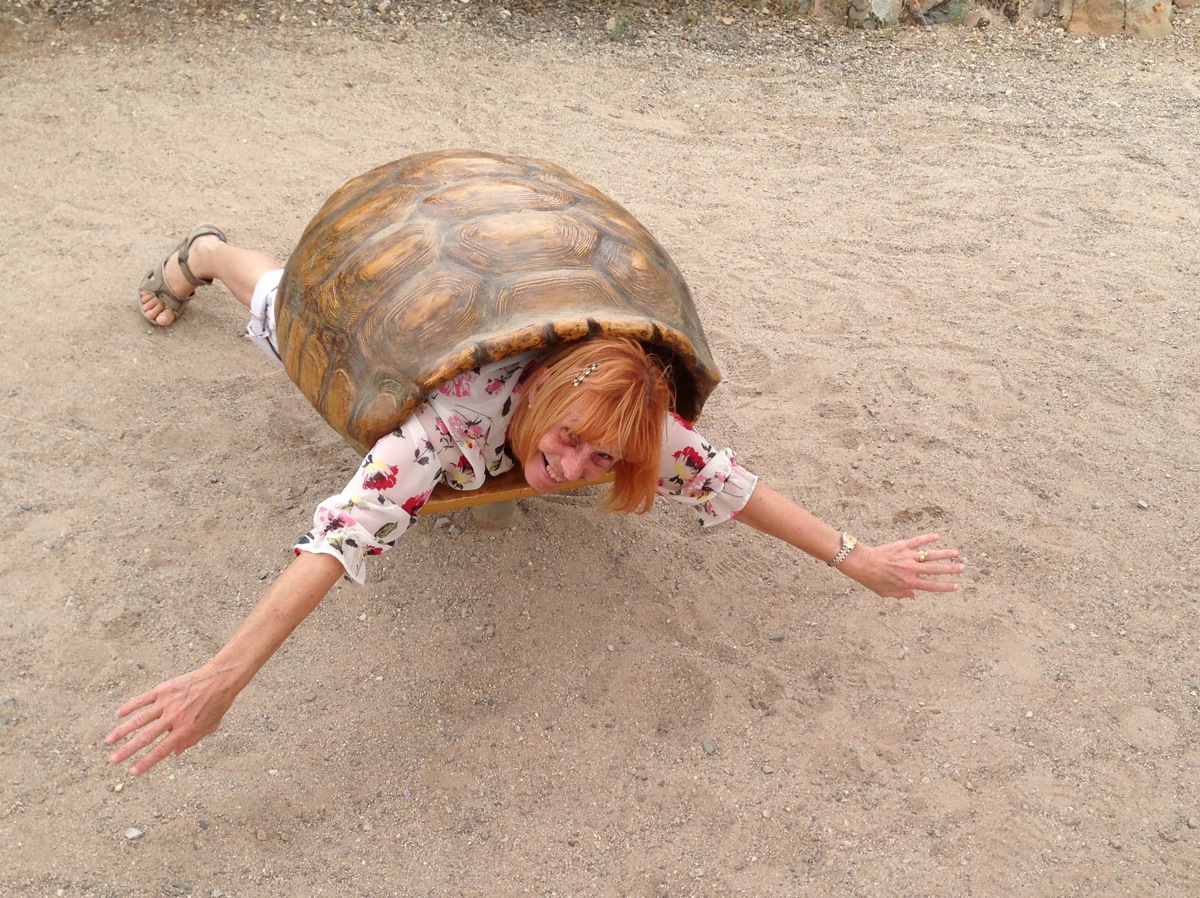 See a chain gang – minus the chains – working on the road side. Why don’t our clowns, sorry MP’s, introduce it in the uk along with a few other common sense initiatives like workfare?

Evening spent nodding off to TV, now there’s a surprise.

As we’re in Arizona I thought it might be prudent to check up on the local laws. Ignorance of the law is no defence:

Any misdemeanor committed while wearing a red mask is considered a felony.

There is a possible 25 years in prison for cutting down a cactus. 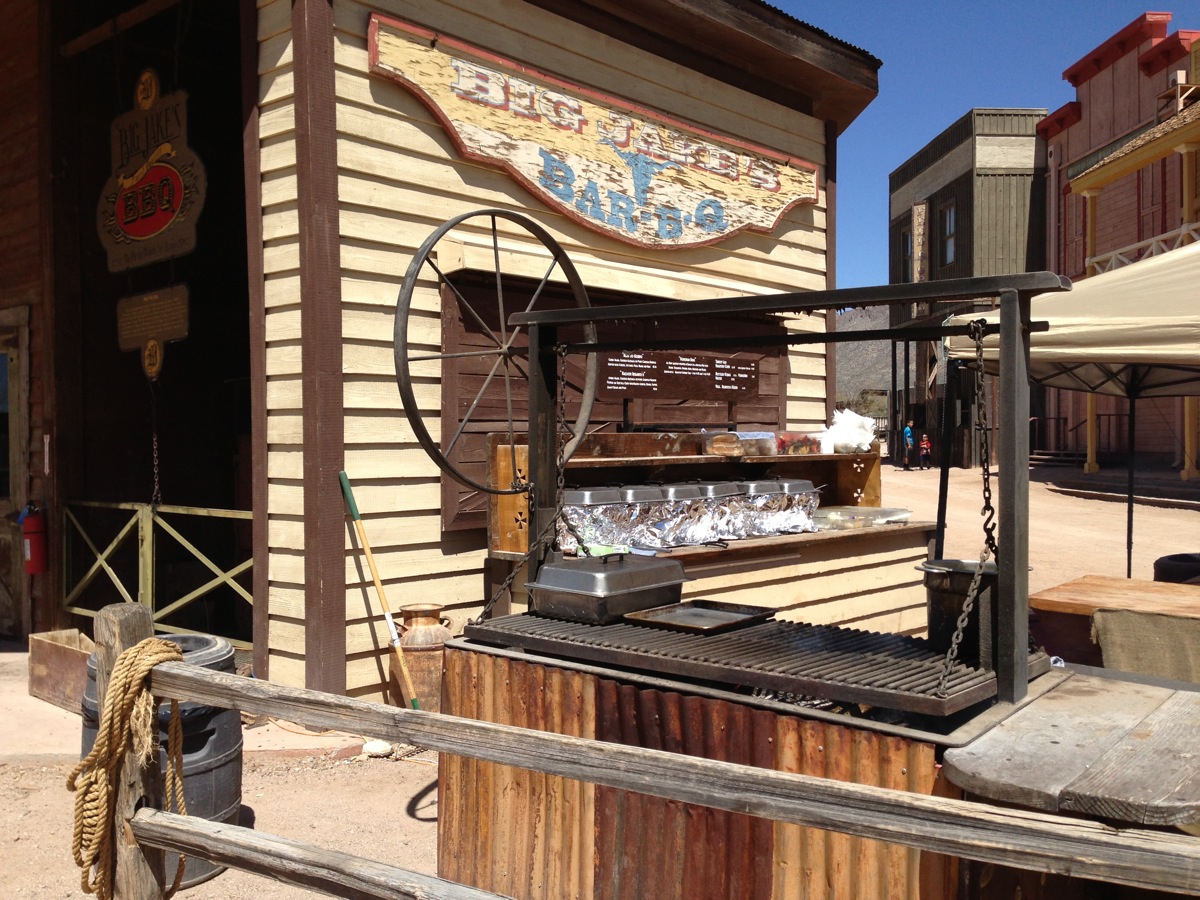 A class 2 misdemeanor occurs if one places a mark upon a flag which is “likely to provoke physical retaliation”.

It is illegal to manufacture imitation cocaine.

It is unlawful to refuse a person a glass of water.

Give Bali a miss:

Unmarried couples caught having sex could be sent to prison under a proposed revision of Indonesia’s criminal code.

An amendment to the penal code was submitted to lawmakers on March 6 and must pass through the House of Representatives before it becomes law. 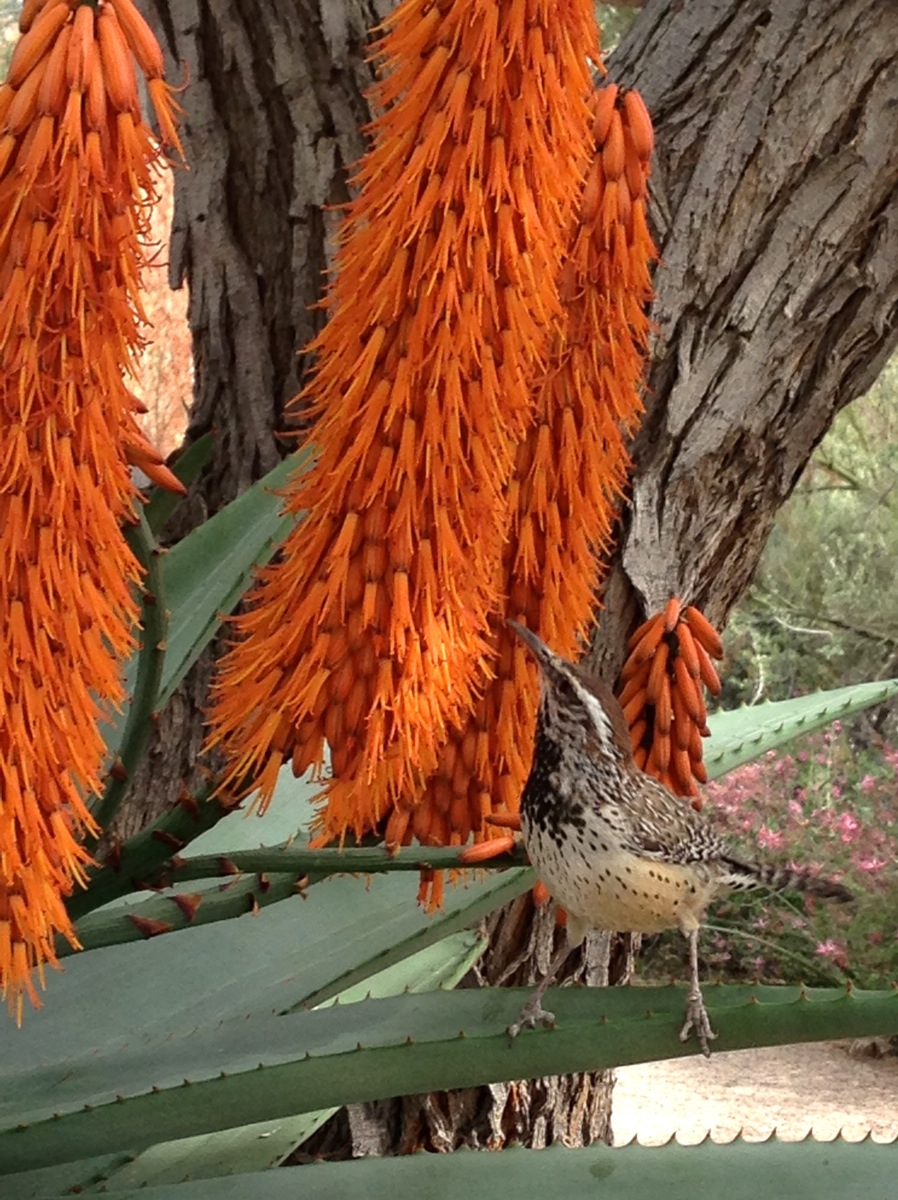 A Jakarta Globe report claimed that jail sentences of up to five years would be handed out to couples engaged in a sexual relationship outside wedlock.

Wahiduddin Adams, director general for legislation at the Injustice and ‘Human Rights’ Ministry explained that non-married couples were included in the proposed revision to reflect prevailing norms in Indonesia. He added that the law would only be enacted if a report against an individual was made by others who felt they have been disadvantaged because of the action.

A blackmailer’s charter then, especially useful for settling personal grudges. How can you be “disadvantaged”, unless of course you were hoping to have sex with one of the offenders? Confirms my travel policy of avoiding Muslim and such countries that have balmy laws.

Off to old Tucson studios for a cracking day out. Plenty to see and do even though its our 2 nd visit.

Don’t you just love American job creation. Get your tickets and then 10 feet later hand them into a lady who hands out a map and tells you the highlights of the day. Well not quite as she’s not been told all that’s on.

In the evening we try and stay awake through one of the westerns shot at the studios – Hombre. 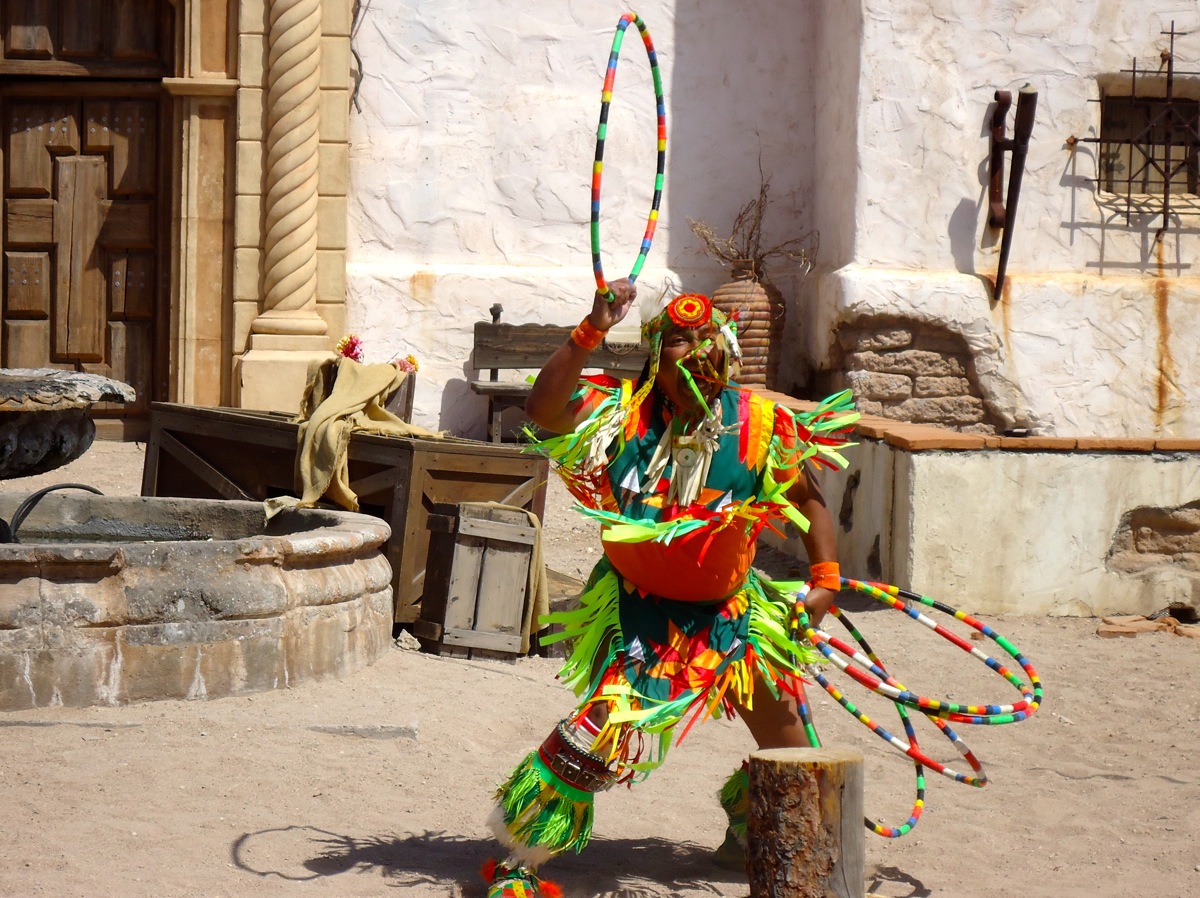 Cards may not be played in the street with a Native American.

If you bother the cottontails or bullfrogs, you will be fined.

No more than six girls may live in any house.

A decree declares that anyone caught stealing soap must wash himself with it until it is all used up.

An ordinance prohibits the wearing of suspenders.

No one is permitted to ride their horse up the stairs of the county court house. 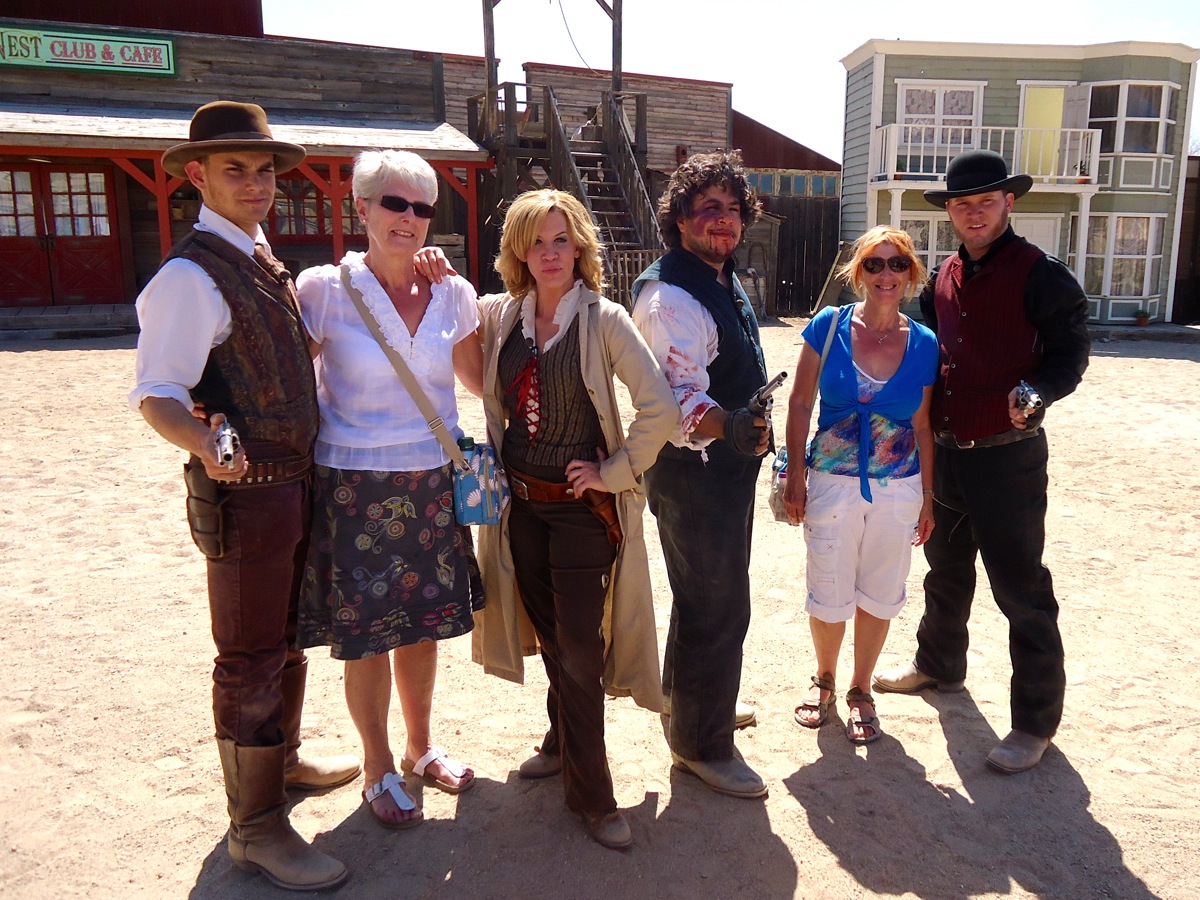 It is illegal to smoke cigarettes within 15 feet of a public place unless you have a Class 12 liqueur license.

After becoming an international internet sensation, a topless Tunisian protestor, Amina, is now facing nasty threats from moralists in her home country.

The woman posted the pictures of herself (sorry no picture here as I wouldn’t want to offend anyone :7) ) on the internet to coincide with International Women’s Day and wrote across her torso in Arabic:

My body is mine, it is not the source of anyone’s honor. 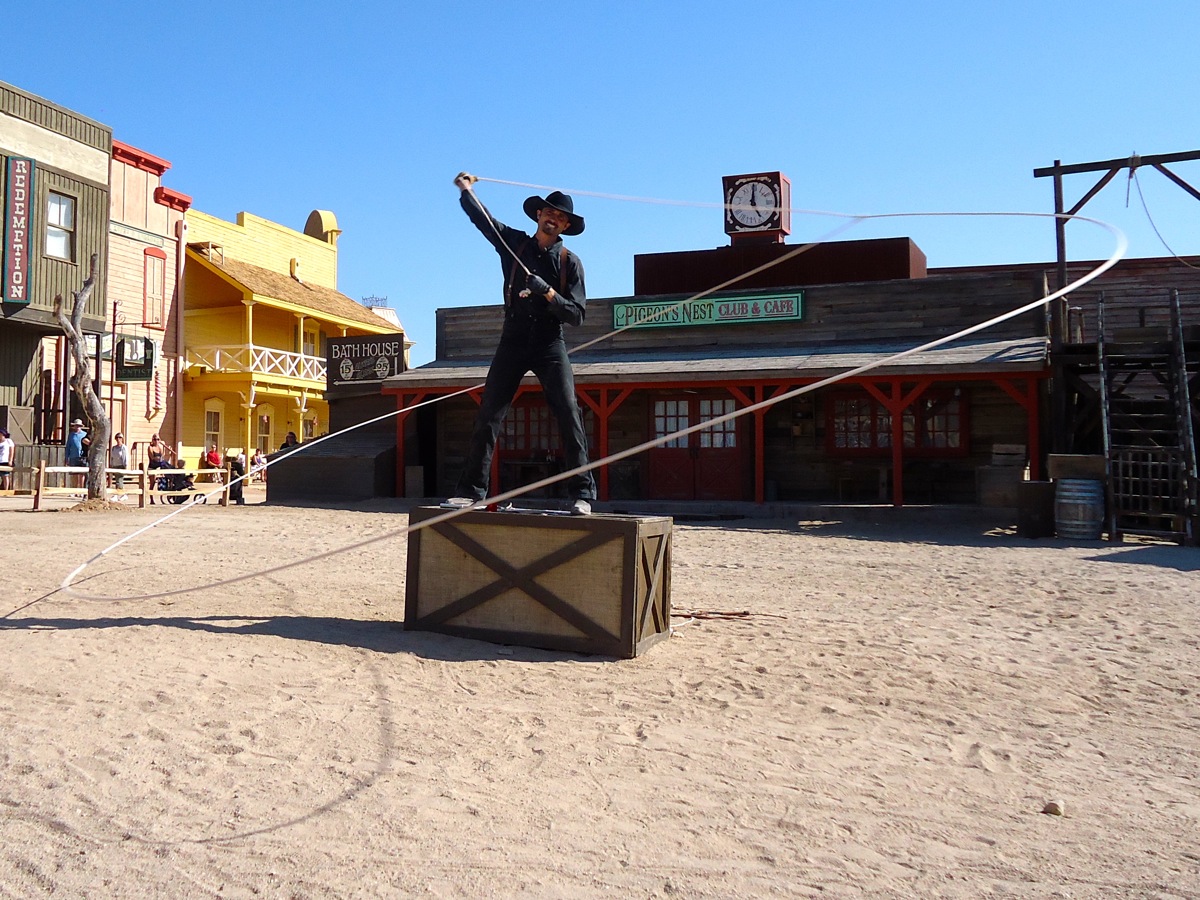 In a local TV interview, she said she had been protesting for women’s rights and to celebrate the news that a FEMEN – the international women’s rights organization notorious for stripping in public – office would be opening in her country.

Adel Alami, head of the Commission for the Promotion of Virtue and Prevention of Vice in Tunisia, called this week for the unnamed girl to be whip-lashed one hundred times in punishment. Then, fearing that he might be going easy on the nude feminist, Alami changed his mind and decided on stoning instead (Thank a deity for that. I thought they were going soft).

There are reports that 19 year old Amina who posted nude photos of herself for FEMEN Tunisia has been seized by her family and possibly the civil police and been hospitalised in a psychiatric hospital. 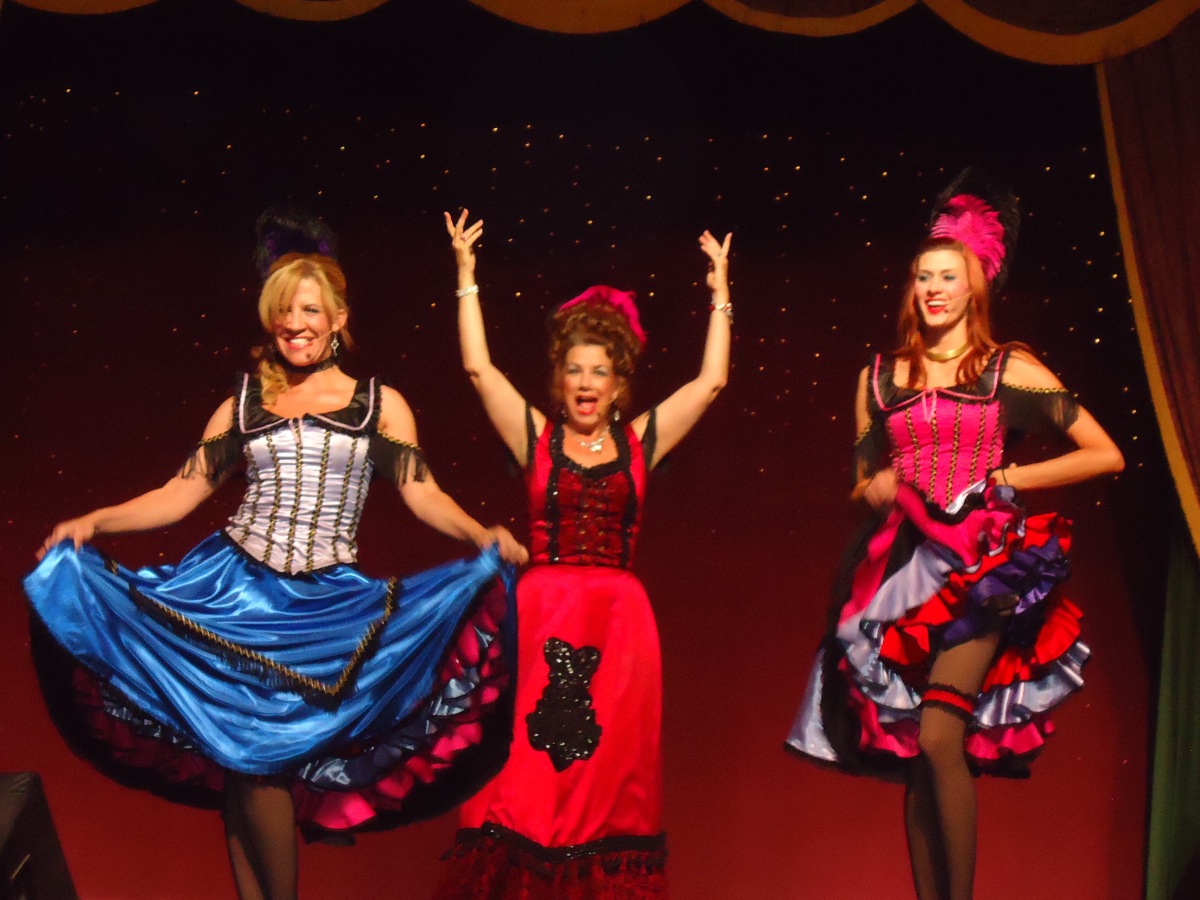 The only madness here is that she has been detained rather than those who have threatened her with stoning to death and are now denying her freedom.